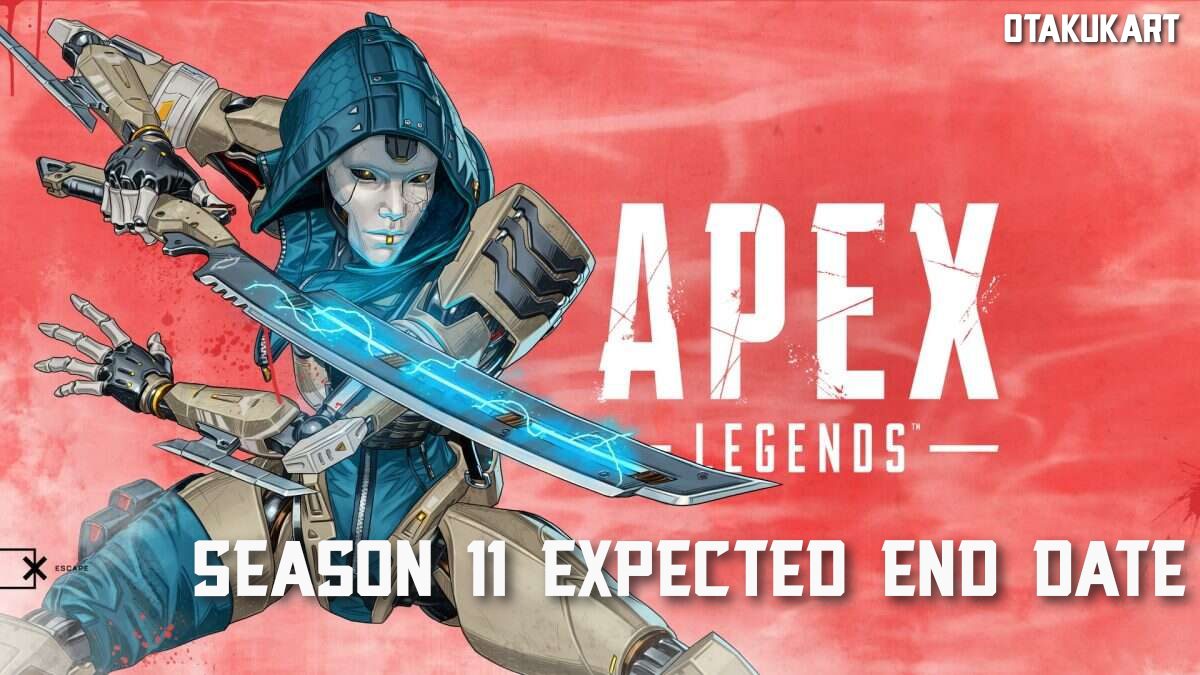 Apex Legends is currently on its 11th season, and in this article, we will be looking at Apex Legends Season 11 expected end date. Apex Legends is a battle royale game developed by Respawn Entertainment and published by Electronic Arts. Initially released for platforms like Microsoft Windows, PlayStation 4, and Xbox One in February 2019, it came to Nintendo Switch in March 2021. A mobile version is currently under development and will be fully released by 2022 for Android and iOS. This game, like most other Battle Royal games, supports cross-platform play. Apex Legends has been a popular game among gamers and have made a pretty good community within a short time after its release in 2019.

Like other Battle Royal games, players form into two- or three-player squads, Before the match. This game has the speciality to select from a range of pre-designed characters, known as Legends, each with distinctive abilities. The game has two gameplay modes, one known as the Battle Royale mode, where a total of 20 three-person squads or 30 two-person duos land on an island, search for weapons and supplies and then defeat all other players to win the game. This article will discuss apex legends season 12 release date and Season 11 end date in detail. 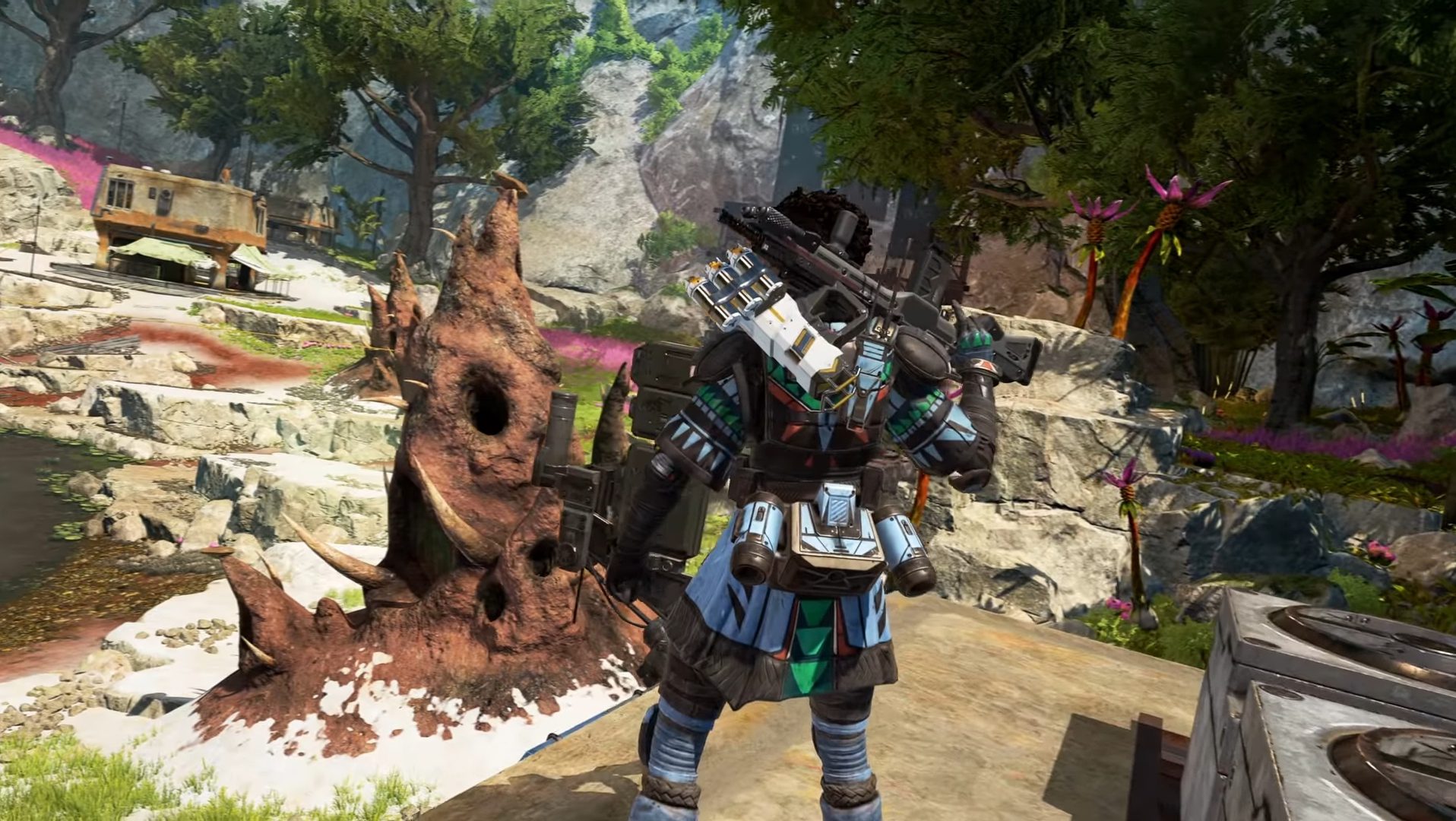 Apex Legends is a battle royale game developed by Respawn Entertainment and published by Electronic Arts.

The available play area shrinks as the game progresses, forcing players to keep moving and tethering them together. Those who are not inside the play area will face fatality. Other than the Battle Royal mode, there is also a 3v3 team deathmatch where players compete against each other over a series of rounds and the team with the most points wins.

Also Read: Fortnite The LeBron James Skin: How To Buy It?

For those who don’t know, the series is currently on Season 11, with the fans enjoying the new content that Respawn Entertainment had introduced with the latest season. Even though players are enjoying the current season, they want to know about the upcoming season. But for that, we first need to know about apex legends season 11 expected end date. 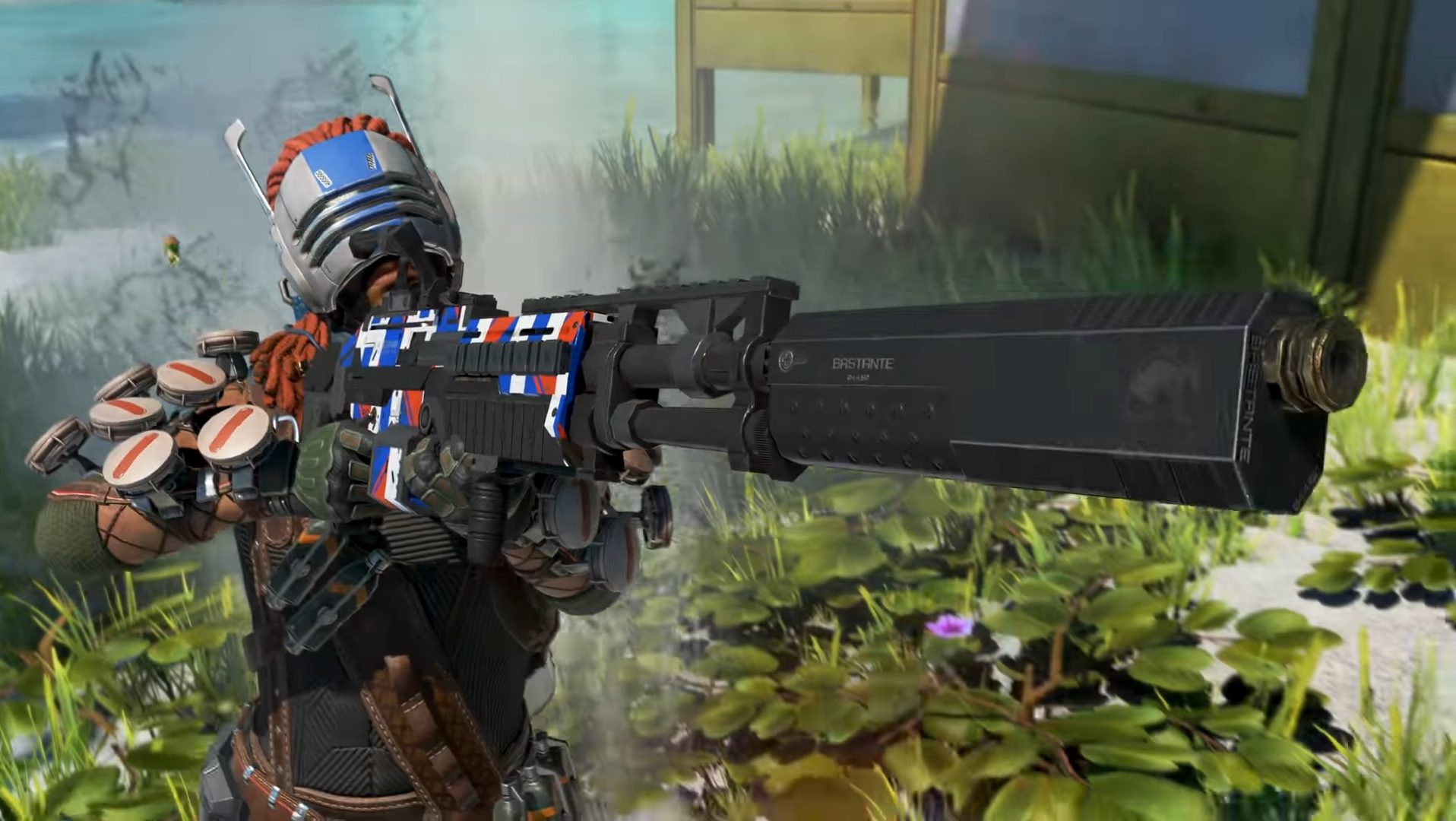 Apex Legends has been a popular game among gamers and have made a pretty good community within a short time after its release in 2019.

The Newest Legend that came with Season 11 is known as Ash. According to the patch notes released from EA, this new Legend has overseen the Arenas from the shadows and had held a tight grip towards the Pathfinder’s heart. Ash is a simulacrum, meaning that she is a robot with a human mind. She was known as Dr Ashleigh Reid before becoming one. 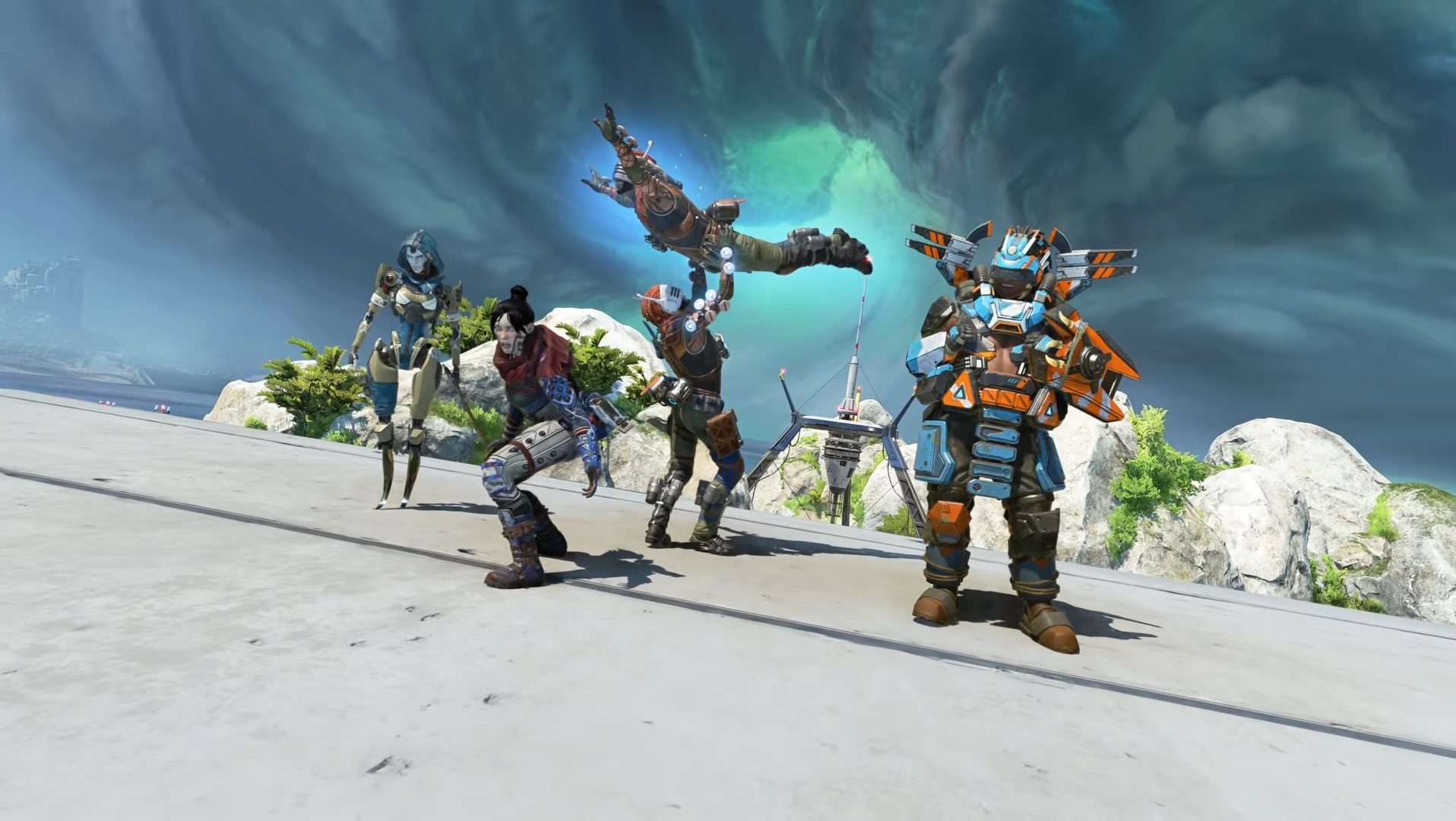 Like other Battle Royal games, players form into two- or three-player squads, Before the match

She is determined to eliminate every trace of weakness that held her back as a human. Just by these, you can guess how badass she is since she is a Legend who can easily terrorize the enemy’s eyes. Her abilities include Passive: Marked for Death, which shows her the location of death boxes.

Ash’s got a special prompt on a death box, which she can mark surviving attackers, but it is limited to one per box. Her other ability is Tactical: Arc Snare, which is the ability to throw a spinning snare that can damage and tether the first enemy that gets too close. 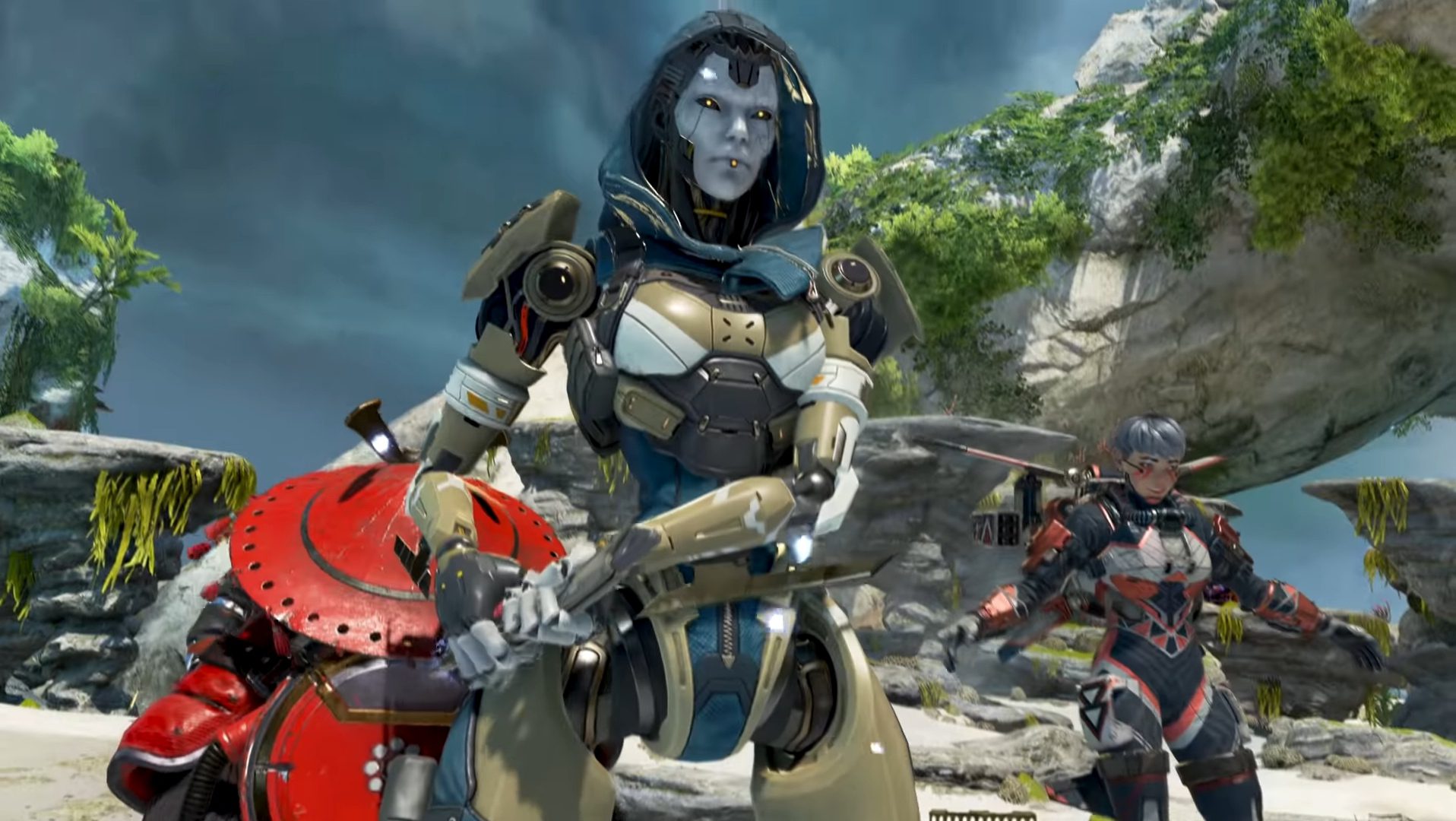 The Newest Legend that came with Season 11 is known as Ash. This new Legend has overseen the Arenas from the shadows and had held a tight grip towards the Pathfinder’s heart.

Ash’s last power is known as Ultimate: Phase Breach. By this power, she can tear open a one-way portal to a targeted location. This portal is not limited to Ash and hence can be used by anyone who comes across it. The only way it could be removed is it closing itself after a short time.

Season 11 brings a map called the Storm Point, a beautiful oasis that was once an energy colony for the I.M.C., but is currently in its ruins. According to the patch note by E.A., this place was tried by many to turn into their home, but all were ended up in failure. A survey of the area had revealed the remains of three unique settlements that have been built across the centuries in this place which as of now don’t have any survivors. 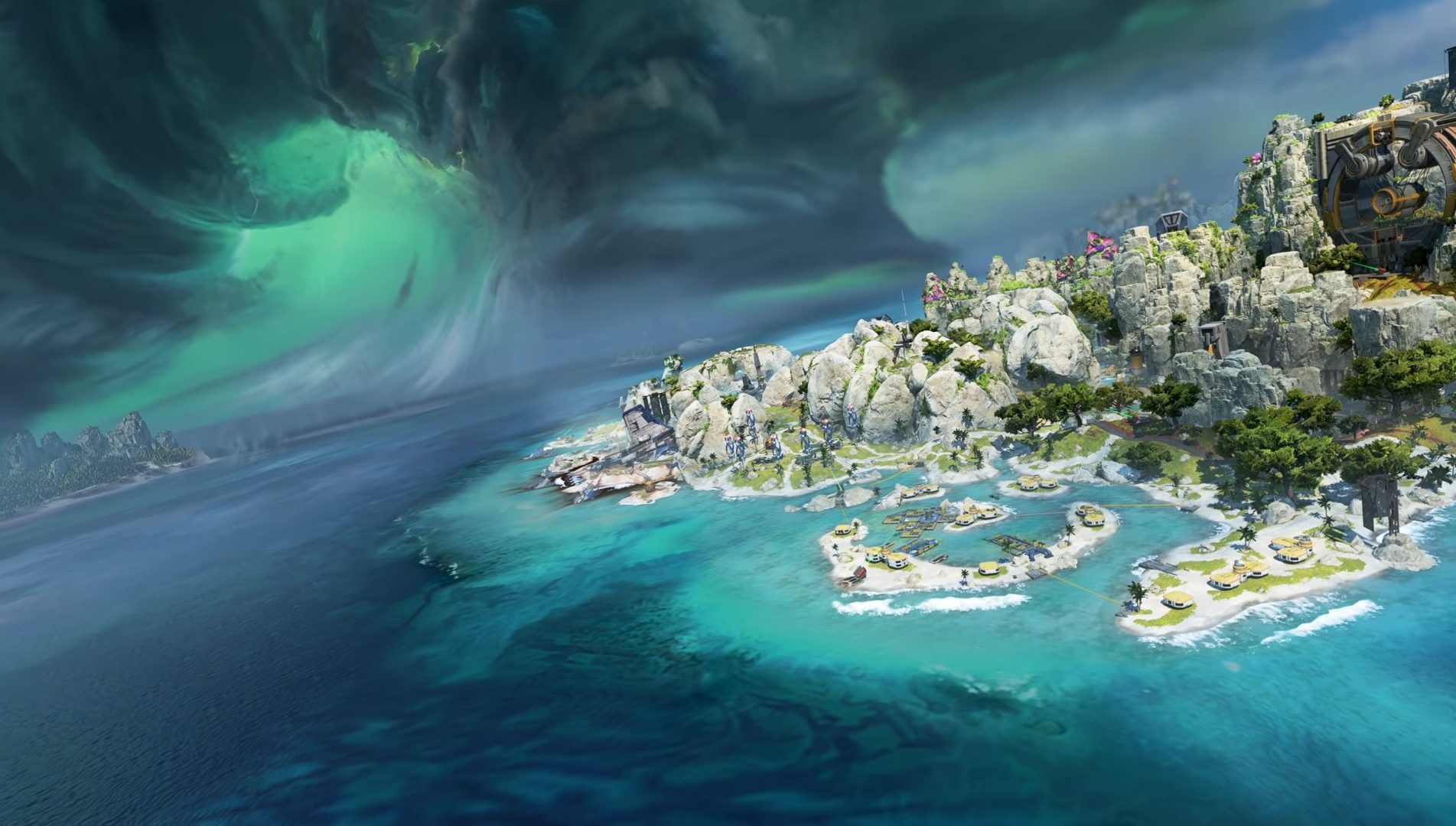 Season 11 brings a map called the Storm Point, a beautiful oasis that was once an energy colony for the I.M.C., but is currently in its ruins.

The only people that visit this place are the occasionally coming pirate or castaways. This new big map will be the place for many close combats and will be giving the players a lot more reasons to continue in the game, thanks to the new mao to explore. Pretty sure by the patch notes of E.A. that this place has a lot to discover by the players.

The Escape update also brings back the map rotation ability available across 2 maps; Storm Point and World’s Edge. Besides Storm Point, Apex Legends features three other maps, including Kings Canyon, World’s Edge, and Olympus. Kings Canyon came with the game by default, whereas the World’s Edge and Olympus came in Season 3 and Season 7.

Along with a new legend and a bigger map, Apex Legends Escape update also brings a new dangerous, flexible weapon: the C.A.R. S.M.G. The C.A.R. S.M.G., which is the short form of the Combat Advanced Round submachine gun, is a fully automatic weapon that can accept either Light or Heavy mags, thus taking the fights with it to the next level. 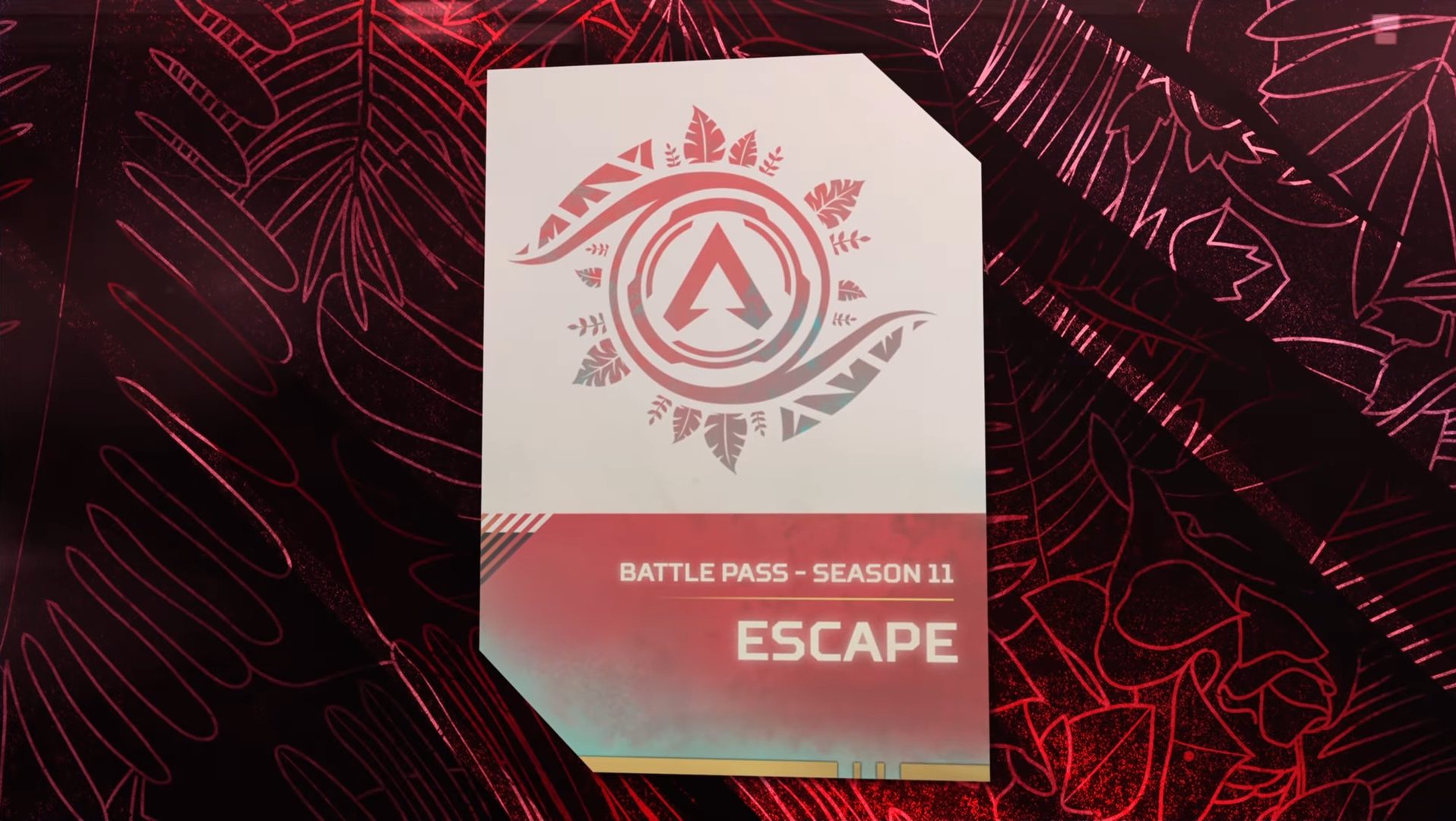 Every time the players progress through the levels, they will get unique rewards each until level 100. If you are not interested in buying the Battle Pass, you can still get free rewards, including 7 Apex Packs, 6 Loading Screens, 6 Weapon Skins, Win Trackers for All Legends, 300 Apex Coins, 1 Music Packs, and a Season Badge.

Other than that, there is an increase in Watson’s General hitbox size, damage on crossing a Fence to 33%, debuff duration on crossing a Fence to 100%, time allowance to be hit again by a subsequent Fence effect to 100%, placement range to 50%. Also, after the update, Wattson will move at an Unarmed-speed while readying or placing the Fence nodes.

Other than all the increase, there is also a decrease made in a couple of things, including decreased recharge time to 50%, the delay between Fences shutting off and reactivating when an ally passes through them to 60%. Along with that, Fence nodes can be now placed as soon as the weapon is readied, instead of just waiting till the animation finish. 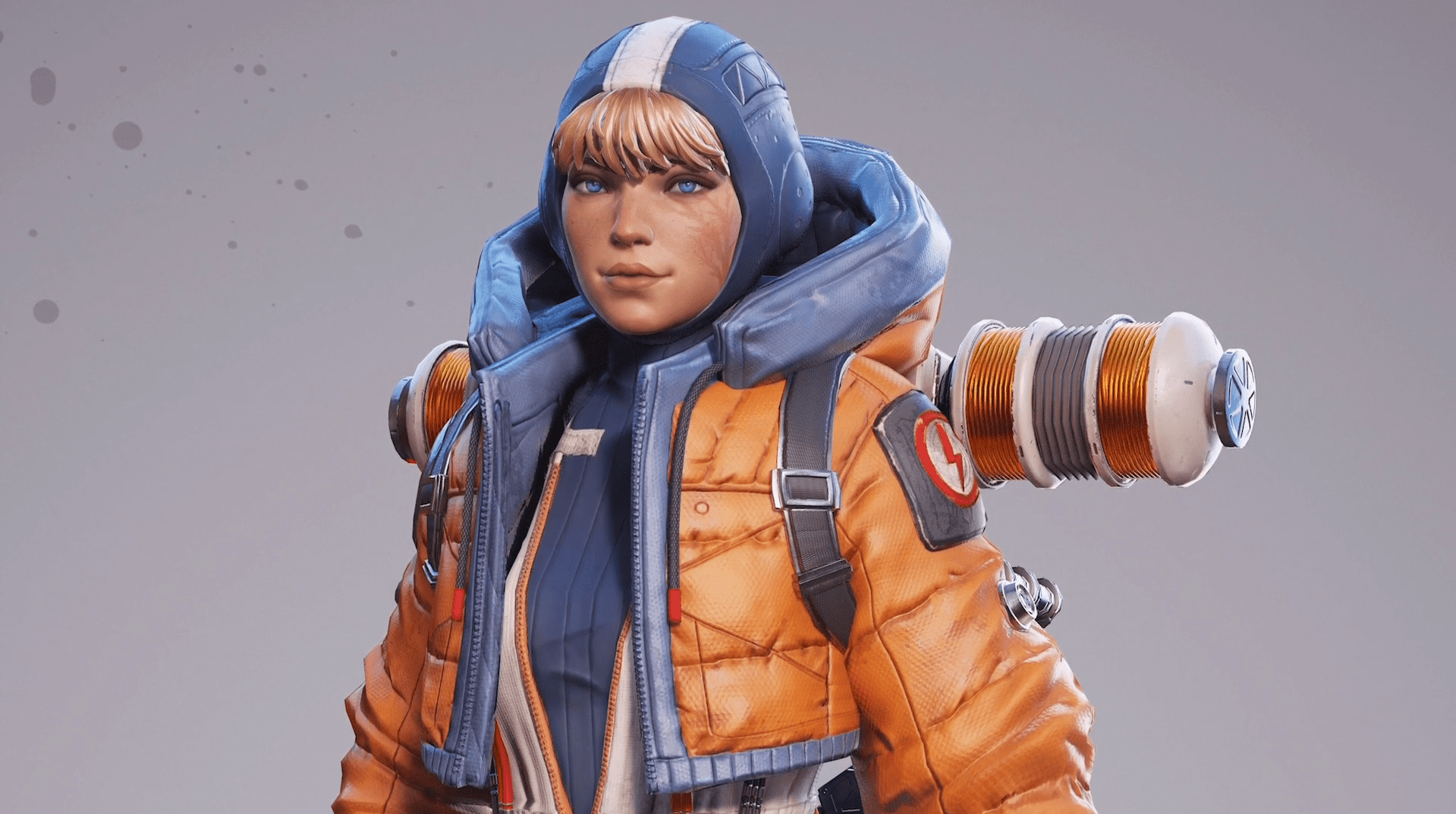 The Pylon output has also been significantly reworked, thus reducing the number of active Pylons that Wattson can place to only 1, instead of 3 from before. But the good news is that they can now last forever instead of the 90 seconds timeout. Along with that, the Pylon now gets a pool of 250 Shields and can be distributed to nearby players.

There is also an Increase in the shield recharge rate of the Pylon by 150% and smoothed regen rate. When a Pylon is out of Shields, it will no longer recharge players’ Shields but can still do the incoming zap ordnance. When a Pylon gets damaged while regenerating its shields, its regeneration gets delayed by a second.

The Fire rate of EVA-8 has now been reduced from 2.1 to 2.0. The pellet size of Peacekeeper has now been increased, and the Choke up time is only 1.25s now. The Choked up shots remain tight for slightly longer while exiting A.D.S. Longbow’s damage has been reduced to 55 from 60. 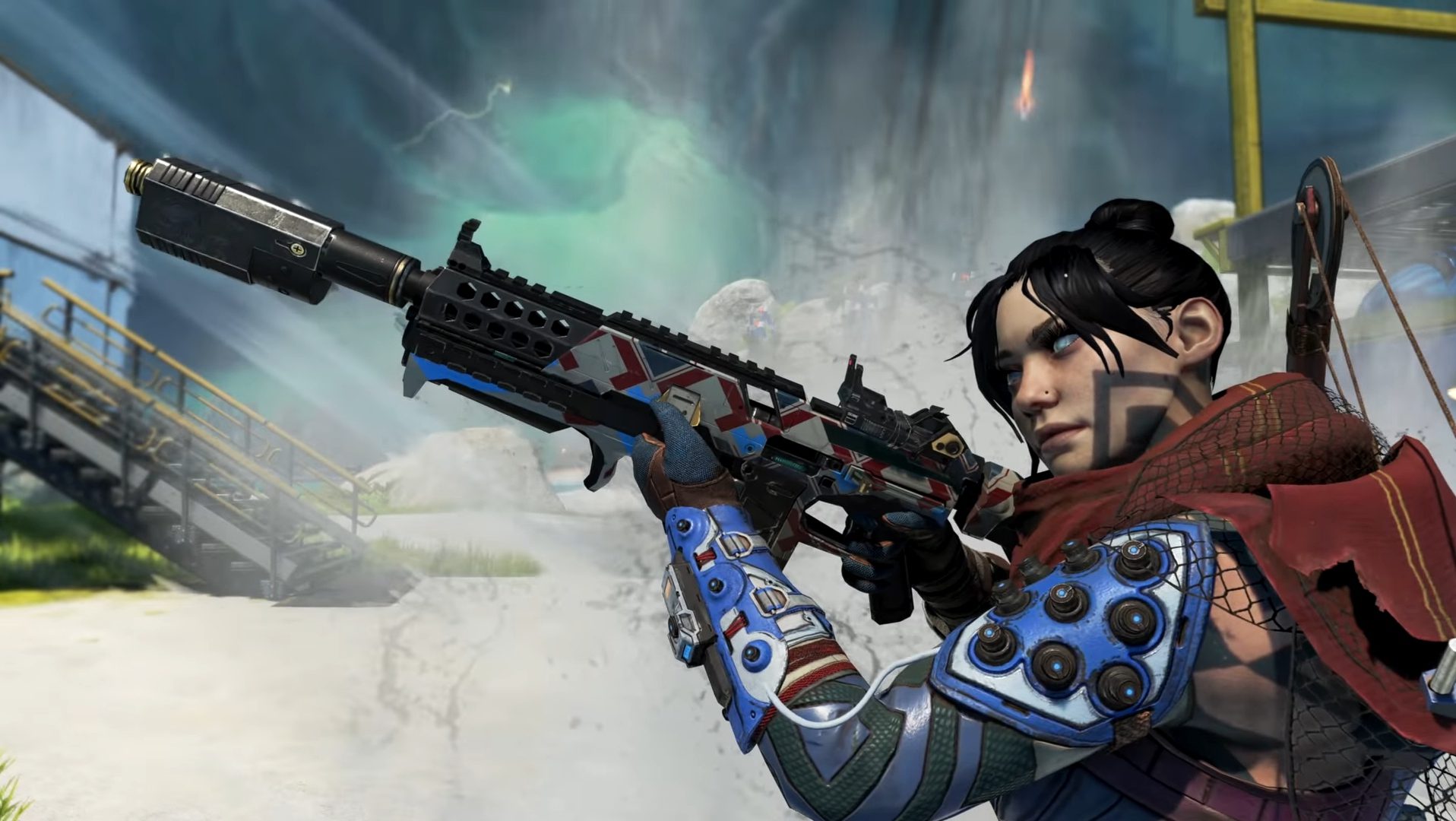 The pellet size of Peacekeeper has now been increased, and the Choke-up time is only 1.25s now. The Choked up shots remain tight for slightly longer while exiting

Besides introducing a new Map, legends, Weapons, and improvements over characters and Weapons, the Season 11 update also brings improvements to Quality of life, including U.I. The teammates will now show that they are self-reviving through their in-world game tags.

The update has Added V.O. for players to communicate if they are out of ammo. Updated Social Awareness Badges to be unlocked as default for all accounts. Bug fixes include fixes where the issue of friends playing Apex didn’t count towards total online friends while in a match.

While placing a Caustic trap over a Seer Ultimate, the bug protects the ultimate from getting any damage. Volt’s skin charm placement moved up so that charms became more visible. Bug, where players were losing extra Boosted Loader ammo if the player reloads before getting to base ammo count, has also been fixed. The bug was where players were getting health damage while hitting an enemy with Valk tactical missiles. The issue where players do not see Legend Select while starting the game in Trios and the game’s developers have fixed many more.

According to various reports and leaks, it is said that the Season 11 of Apex Legends is expected to come to an end on February 8, 2022. As we have said before, this is not based on any kinds of official reports rather speculations based on various rumors and leaks.

As of now, we still don’t know when is Apex Legends Season 11 will come to an end. Since rumors are pointing towards February 8th, we expect Apex Legends Season 12 to release soon. With the release of Season 12, we will see apex legends season 12 battle pass, thus bringing new features and rewards.

Also Read: Are Loba and Valkyrie Together in Apex Legends? What We Know