Pain makes it hard to survive, and while the exterior pain and injury can be treated, the internal pain has no medicine. Many celebs have a breakdown and it’s not new when it comes to Kpop artists. The limelight and the popularity might look attractive, but it takes away mental peace. Fame definitely comes with a price. A price not everyone is able to pay. Former AOA member, Kwon Mina or Min-ah recently has a breakdown where she shared a heartbreaking caption with a  disturbing picture. According to sources, the picture is now taken down. But, the ex- Kpop idol is still in pain.

Kwon Min-ah is a South Korean singer and actress. She was a part of the girl group, AOA. However, she left it due to mental health issues and personal reasons in 2019. The singer went on to associate with other agencies, but she eventually left them both, exiting from Woori Actors in 2020. The reason for leaving the group was bullying according to Mina. Mina confessed that former AOA member, Shin Ji-min had bullied her for a decade. And that’s why she wants to leave the group.

Mina has been battling panic disorder, depression, and has harmed herself a couple of times earlier. Her time with the captain of AOA, Ji-Min has been very disturbing as the singer describes. Also, earlier, Mina posted a picture with the caption  “Jinri-ya, I miss you”, it was supposed to address the late kpop star who committed suicide in 2019.

Things have been messy for Mina ever since she left the company. Jim-in’s fans lashed out at her online in January 2021. And the other day (27 April) Mina posted a graphic picture hinting she has harmed herself again. She also posted a message a day prior.

Things are getting hard for Kwon Mina. The singer was on a journey to recover, she has been receiving treatment, but it looks like things are not working out for her. The former singer posted a cryptic message on social media. It was more like a letter where she described her current mental state.

The message attracted netizens and her fans. Some even begin to think if the ex-AOA member is in any difficult situation, considering that she has harmed herself before, her fans were really scared. Mina also posted a graphic picture of her slit wrist that had blood oozing out of it.

She captioned and wrote, “Why, is this dirty? Does this make you sick? Every single word you say makes me relieve like this. Oh, the suicide show? You said this is to gain sympathy. Well then, why don’t you give some?” Further, Mina wrote that the haters know nothing about her and still “stomp” and “rip” her apart every day. Also, she wrote that she is trying her best, but she is living like a fool.

Mina sounded frustrated and heartbroken as she has been through a lot. It’s not the first time someone has commented on her. Ever since the Ji-min scandal, she is receiving backlash for gaining sympathy. But, that’s definitely not the case.

Mina’s fans filled the comment section with messages to make her feel good. Knowing that she has left the agency and has no one who can look after her, they got worried. We hope she feels good after reading the positive messages that her fans have been sending on Twitter and IG. 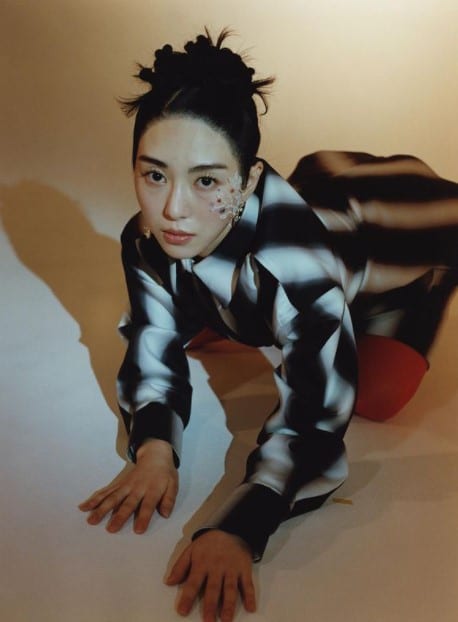 We can not understand how the 27-year-old has been feeling, but we wish her a speedy recovery. The people online should not provoke people without living in their shoes. The picture posted by Mina had blood, and after losing Kpop stars due to bullying and depression, we don’t want another one to leave so soon.

Many kpop celebrities have committed suicide due to depression. SHINee’s Kim Jong Hyun, Choi Jin-ri (Sulli), Goo Hara, and Ahn So Jin are some of the artists.

The post is now taken down, but we wish her a speedy recovery. And we hope to see her do what she doing what she loves in the future.