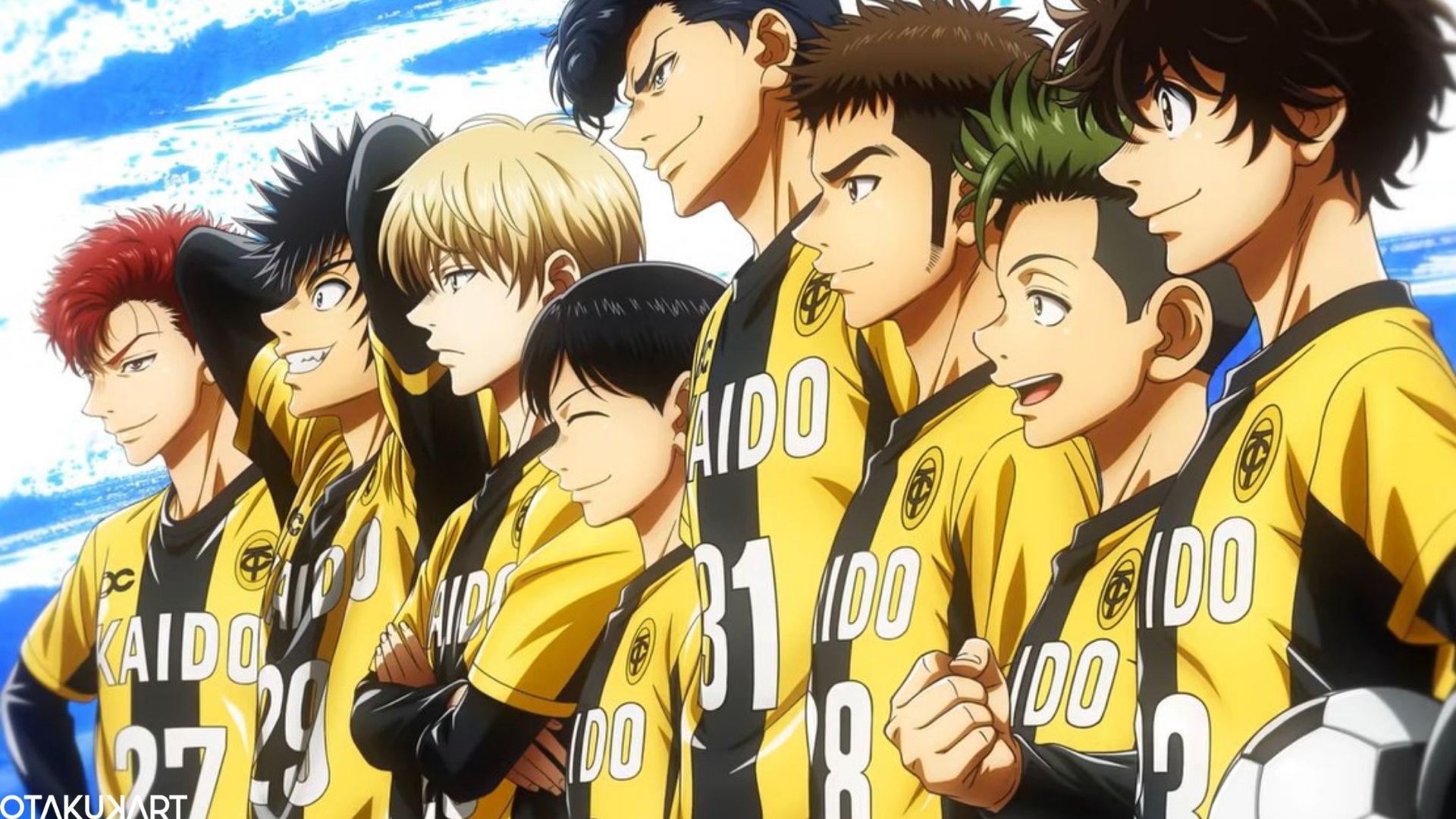 Ao Ashi, a new sports anime series, is all set to premiere this year (2022). You might have heard of Blue Lock, a popular football manga series that is due to have an anime adaptation soon. But, did you also know that there’s an anime series called Ao Ashi that depicts not just a regular high school soccer team but the Japanese Football Association Under 18 Premier League? That’s news even to you, right?

Written and illustrated by Ueno Naohiko and Yuugo Kobayashi, respectively, the Ao Ashi manga series has earned nominations for the prestigious Manga Taisho awards. The manga series, published in Big Comics Spirits, has also been awarded the 65th Shougakugan Manga Award, alongside the popular series Kaguya Sama: Love is War.

The series, instead of one of those regular and most typical ones, don’t focus only on club politics. Indeed the series mainly focuses on complete football, such as the defenders, fullbacks, midfielders, and strikers.

Series like Giant Killing and Aoki Densetsu Shoot! are some of the most popular ones. Whereas even though Ao Ashi may not be known worldwide, the series has quite an interesting plot. Despite being an everyday sports series, Ao Ashi, actually portrays Japanese football and uses it as promotional material for the Japanese Football Association Under 18 Premier League!

The protagonist, Aoi Ashito, has come from the suburbs of Japan. Being one of the best from his region, Ashita gets recognized by an ex-pro footballer, Fukuda. Fukuda was once known internationally and is now training the next generation.

The trainer (Fukuda) of the Youth Club- Esperion, invites Ashito to the tryouts. Ashito gets amazed at the view of such amazing players residing in Tokyo and works his hardest. Knowing the level of competition he has put in, Ashito practices more than everyone else. While trying to catch up to his teammates, Ashito is unaware of his own special weapon. What could it be?

High school students, preparing to go pro and their youth, Ao Ashi is worth watching. But, when will it premiere?

The announcement of the anime series was made in the month of May 2021 by Shougakugan. The anime series Ao Ashi, as the official site has announced, is scheduled to release on 9 April 2022. The series will be broadcasted in NHK E-Tele, every Saturday from 6:25 pm. The production studio engaged with the animation of the Ao Ashi series is Production I.G. 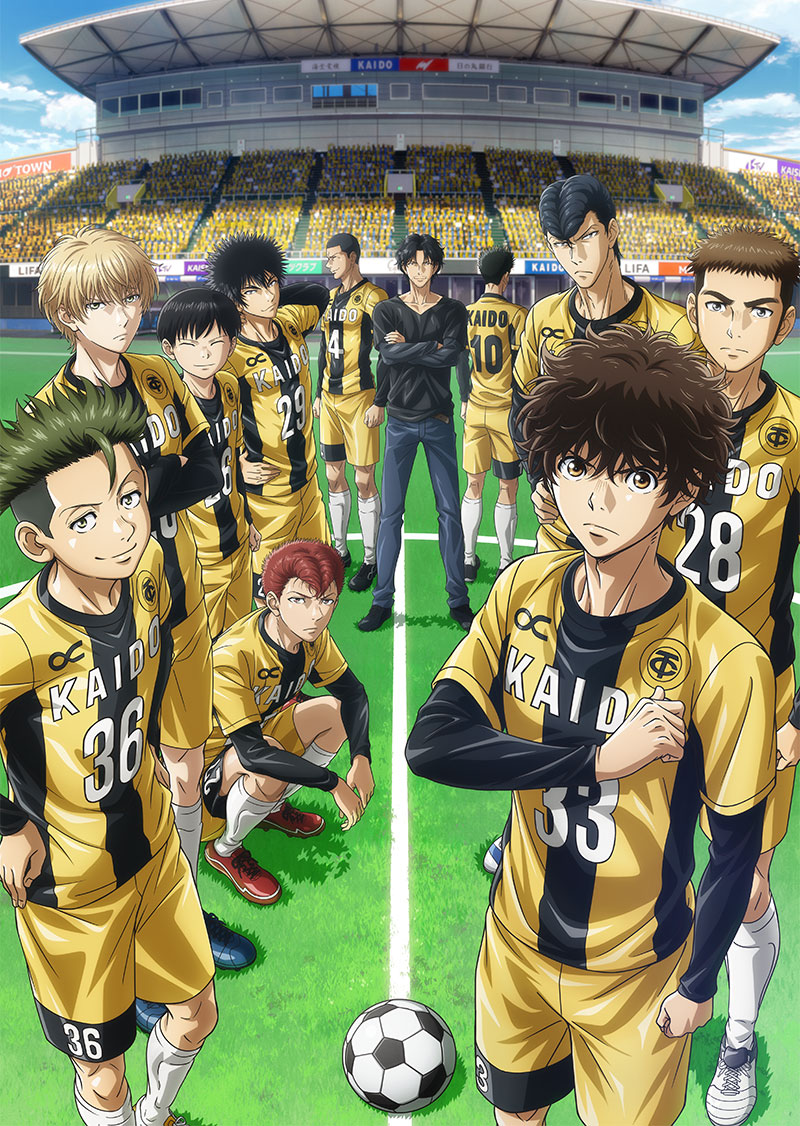 Since the cast for the Ao Ashi anime series will mostly be men, here are the details as per the official site.

Visualizing how Mr. Kobayashi’s drawing would look like when animated, Kouki is pretty much excited to start his journey. 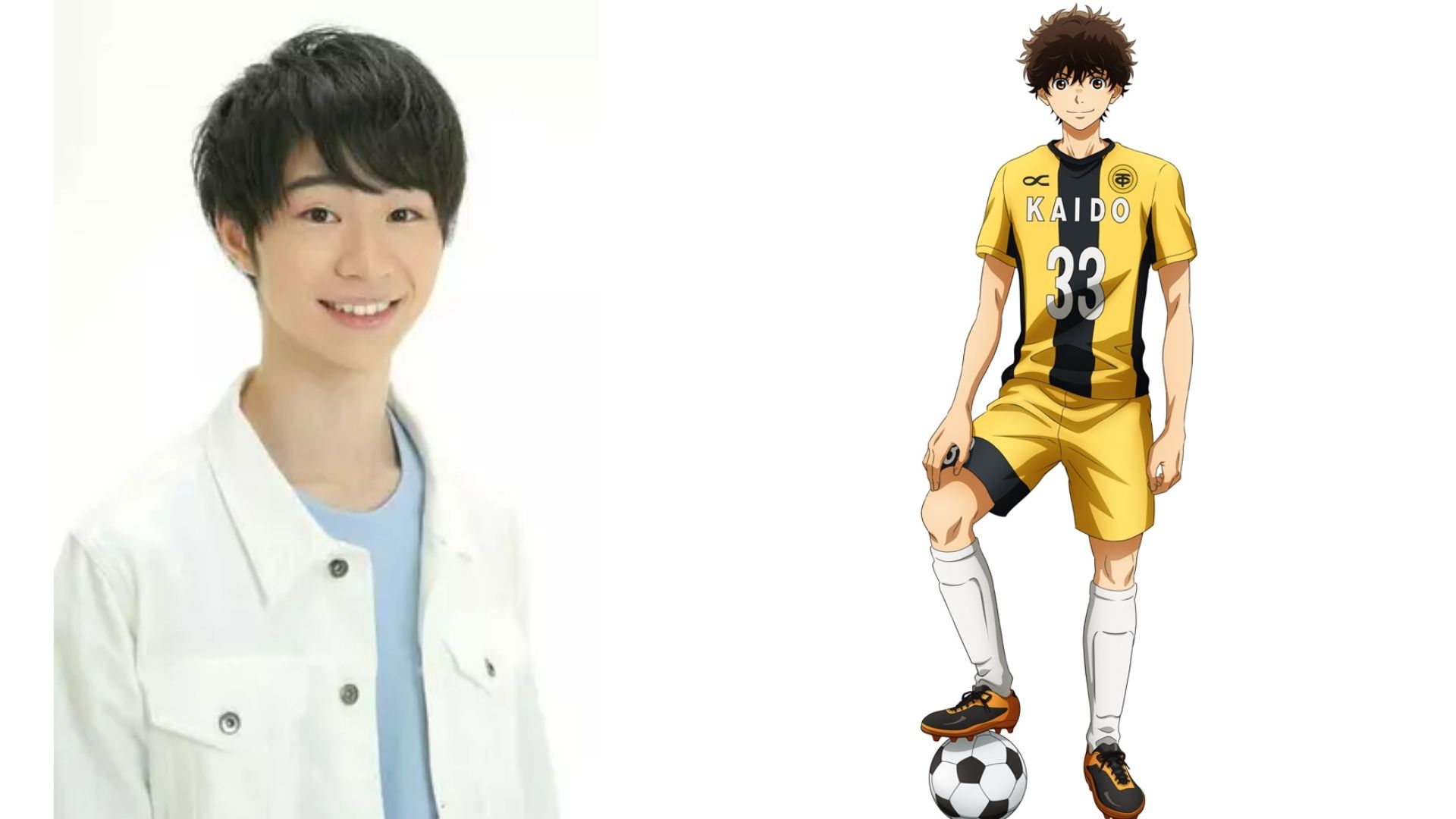 Pleading the audience to read the manga alongside the anime series, Tachibana is really grateful for the opportunity. 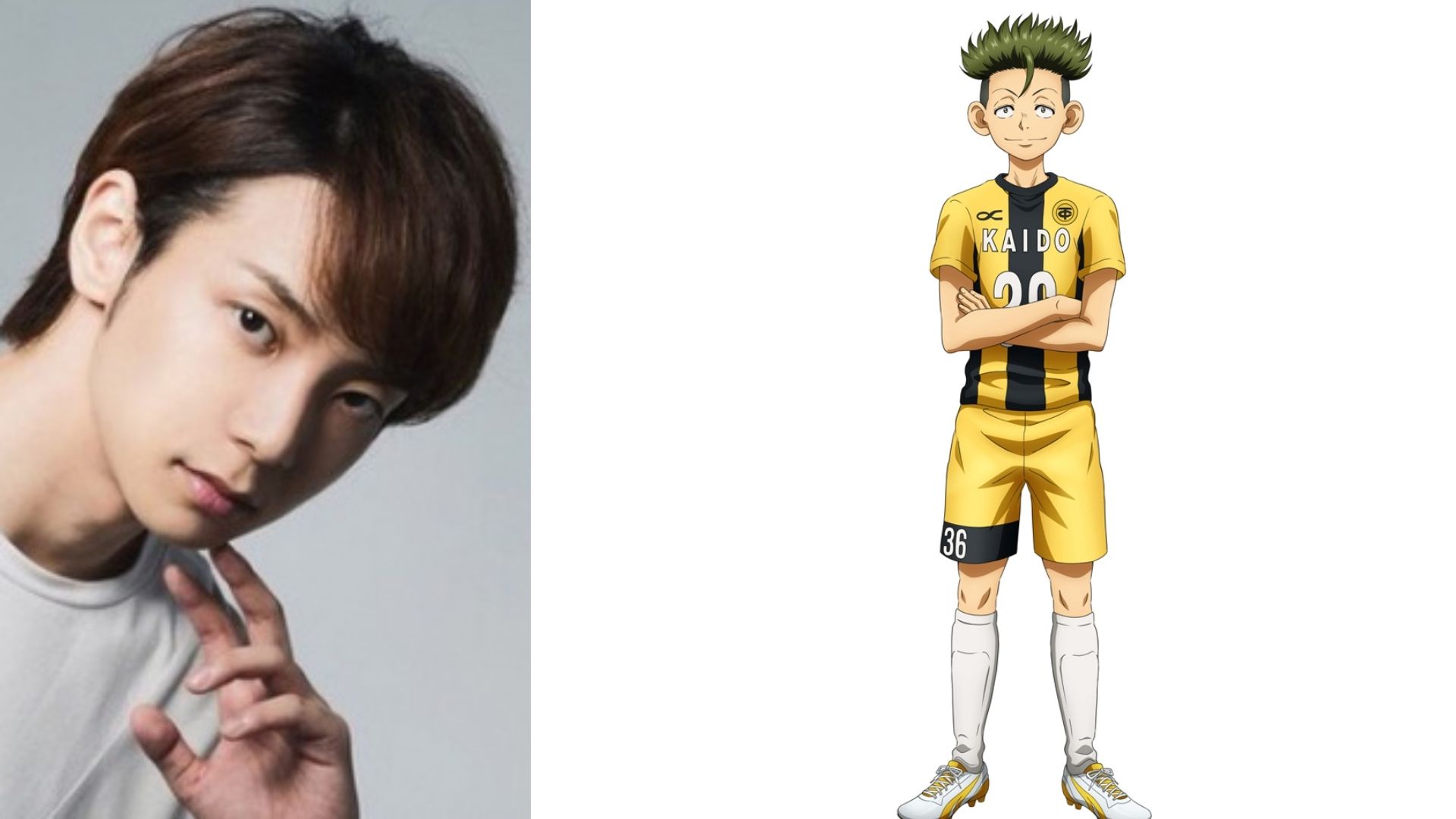 Tatsumaru Tachibana as the VA of Eisaku Otomo

Seiichiro feels sympathetic to his character Soichiro Tachibana and tries to understand him. Fans should look forward to the character development as well, he expressed. 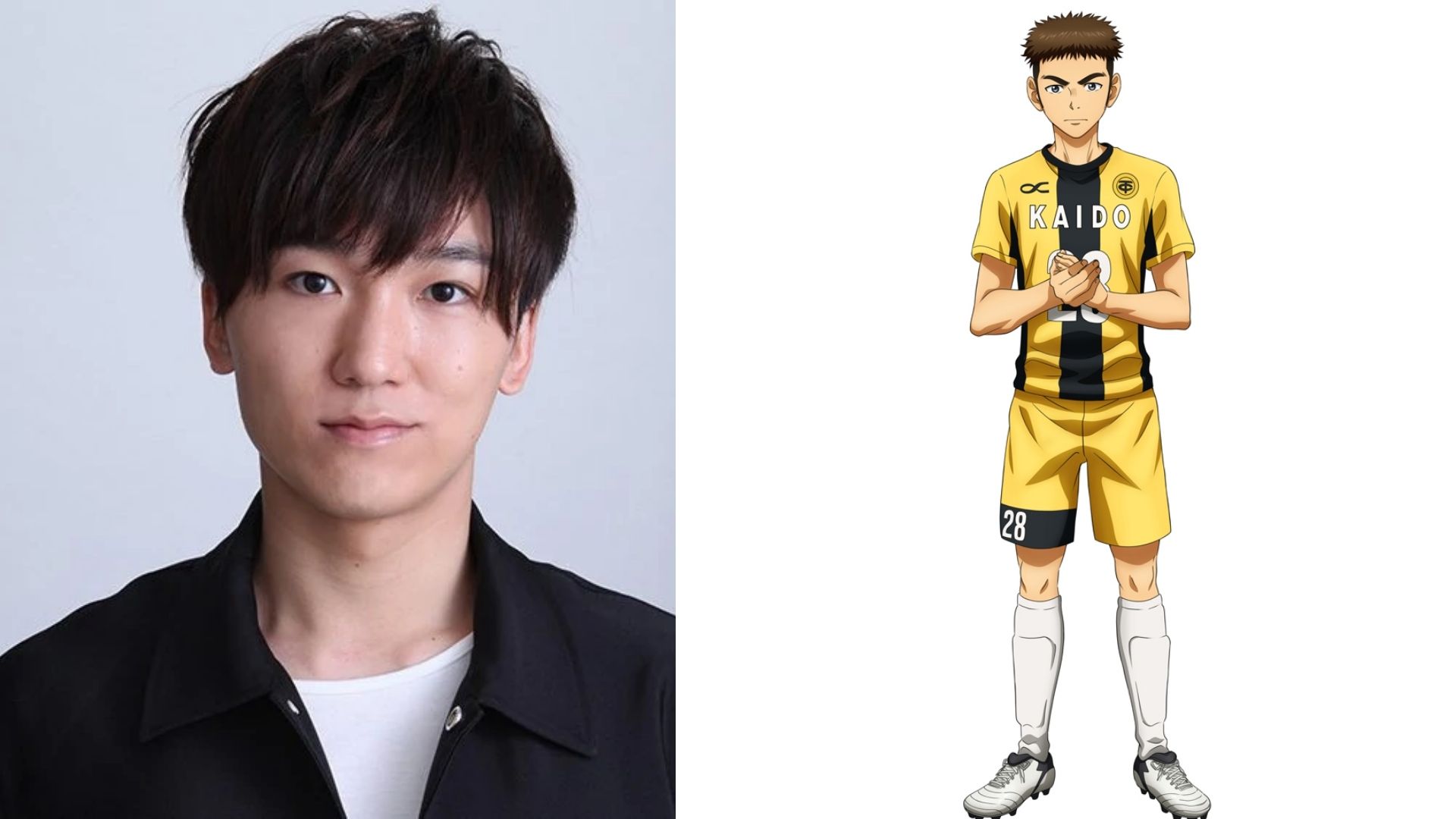 Seiichiro Yamashita as the VA of Soichiro Tachibana

Asking the fans to read the manga, as well, and that how much of detailed description of every character is present, Taku too is looking forward to the series. 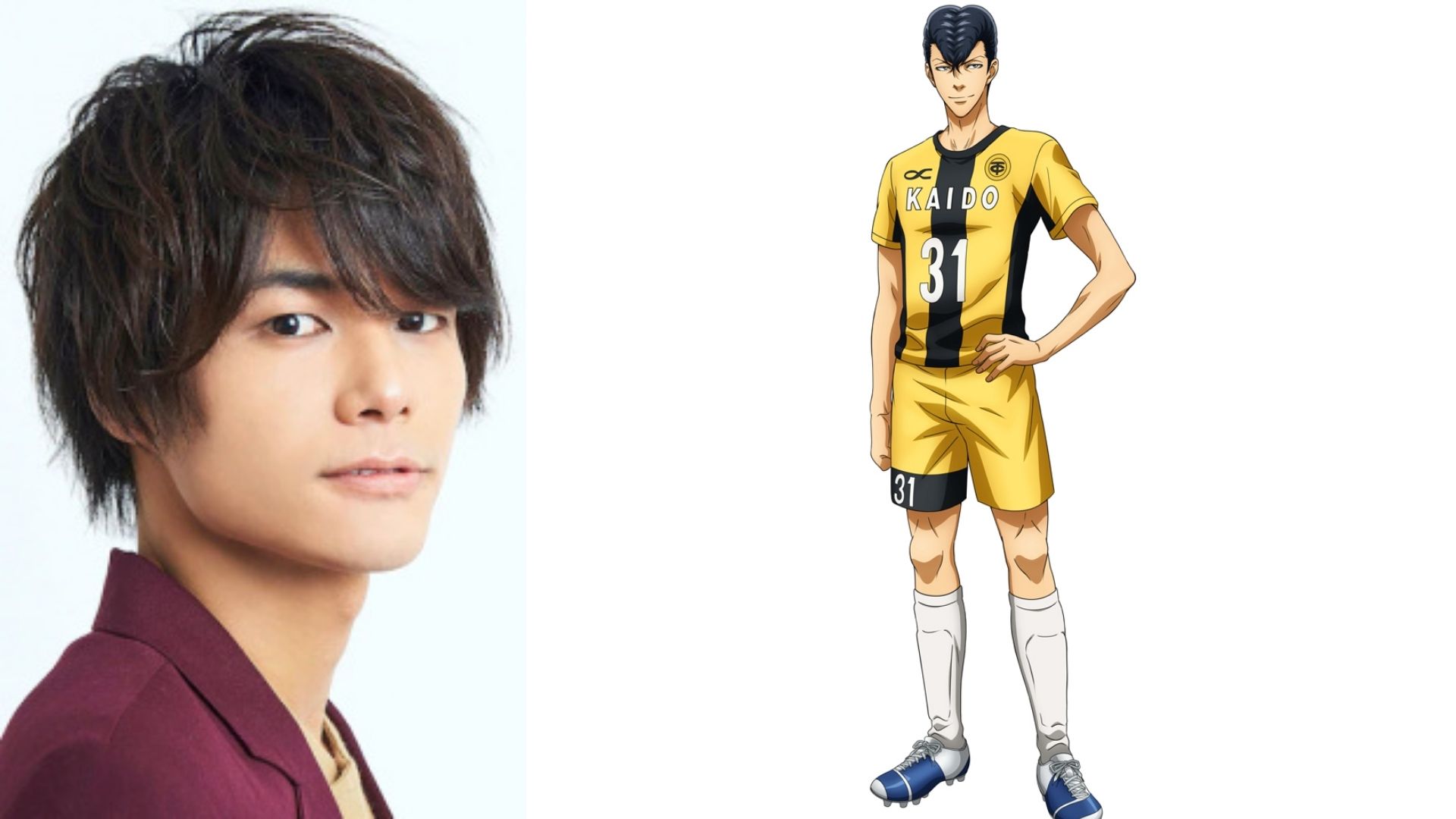 Taku Yashiro as the VA of Keiji Togashi

Tearing up while reading, Shun will try his best not to make his character- Kuroda Kanpei a mere two-sided expression. 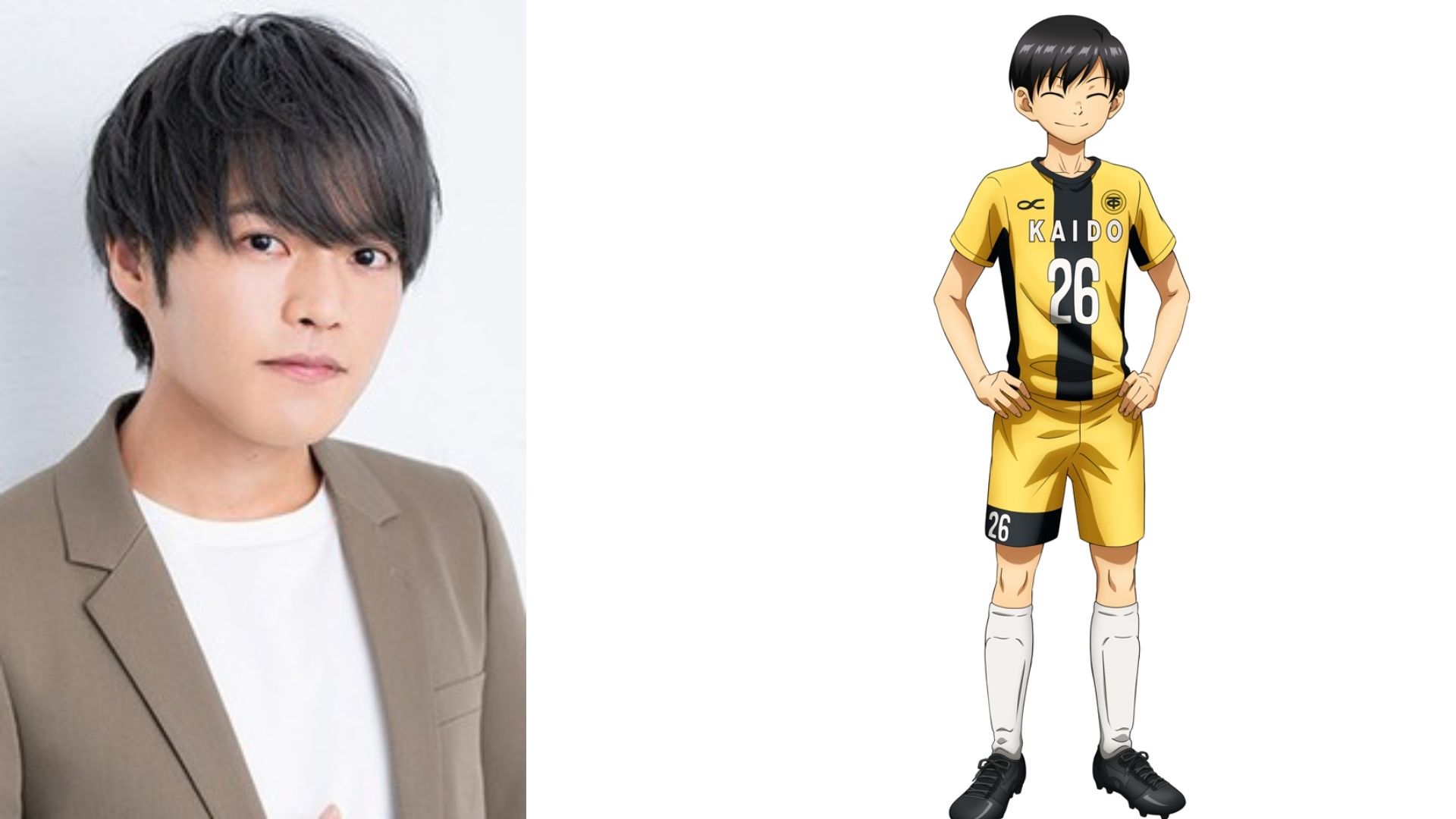 Shun Horie as the VA of Kuroda Kanpei

Recommending the series not only to soccer lovers but also to all those fans who want to achieve high, Wataru is grateful for his role.

Even if you may not like soccer, the enthusiasm would make you too. Junya will be playing the role of Yuma Motoki, who is somewhat laid back with good skill for soccer. 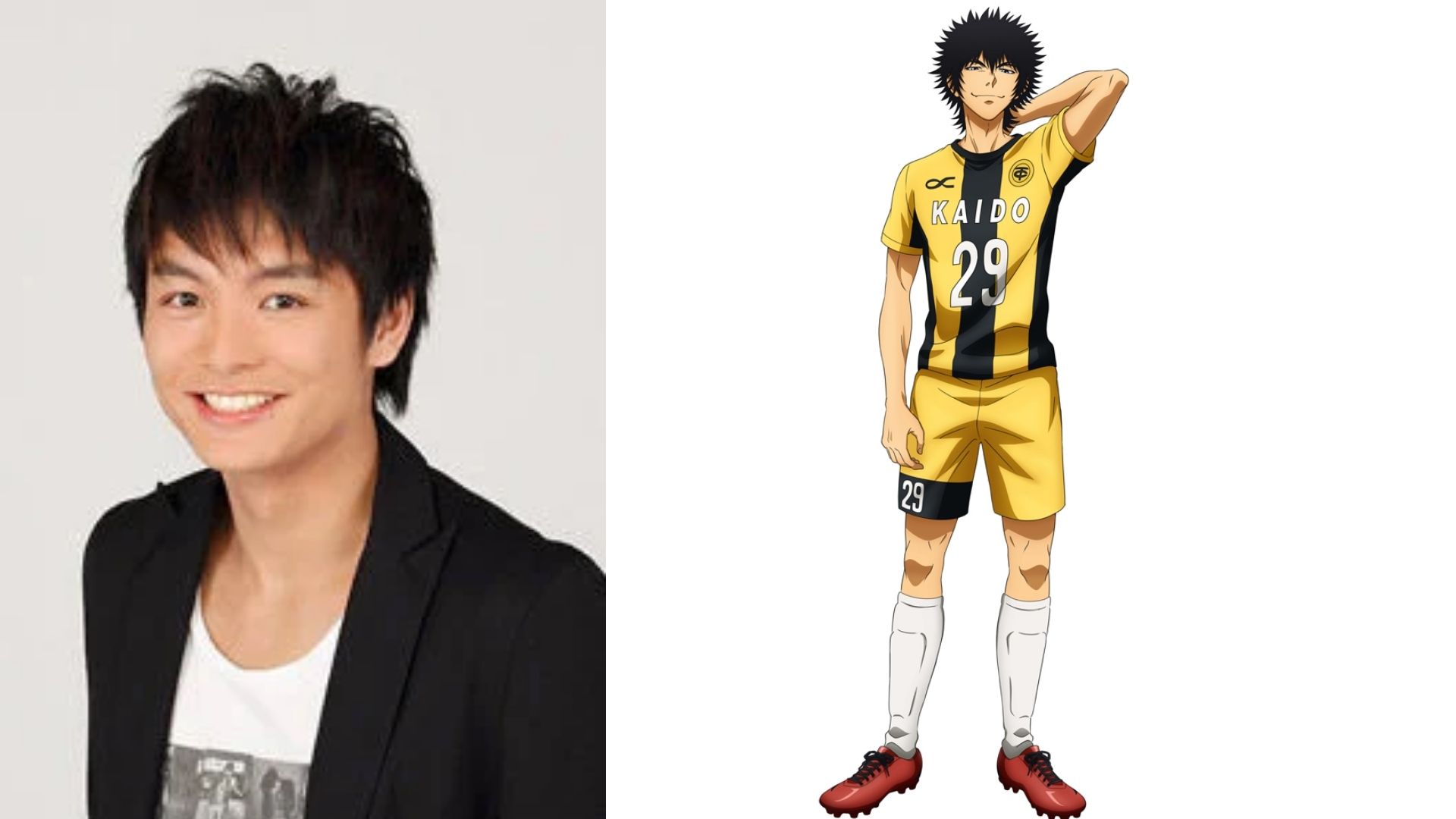 Junya Enoki as the VA of Yuma Motoki

Kentaro expresses his generosity, especially to those with high inspirational love for soccer and even those who may struggle. Ao Ashi is worth watching to learn how to hone your skills more. 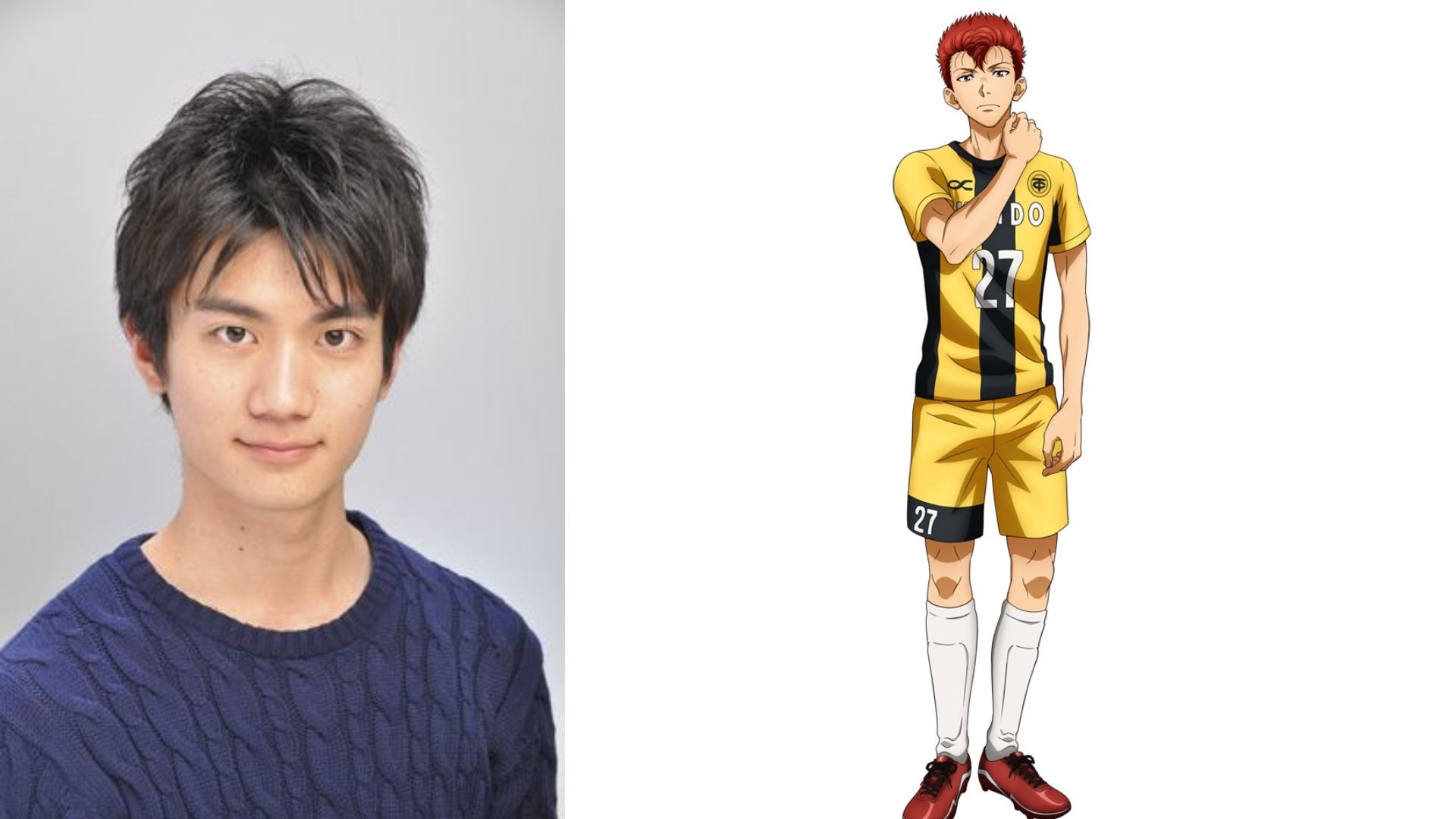 Kentaro Kumagai as the VA of Ryuichi Takeshima

The director of Esperian Youth, Chikahiro, is really looking forward to voicing Tatsuya and being able to oversee the struggles and hardships of the team. 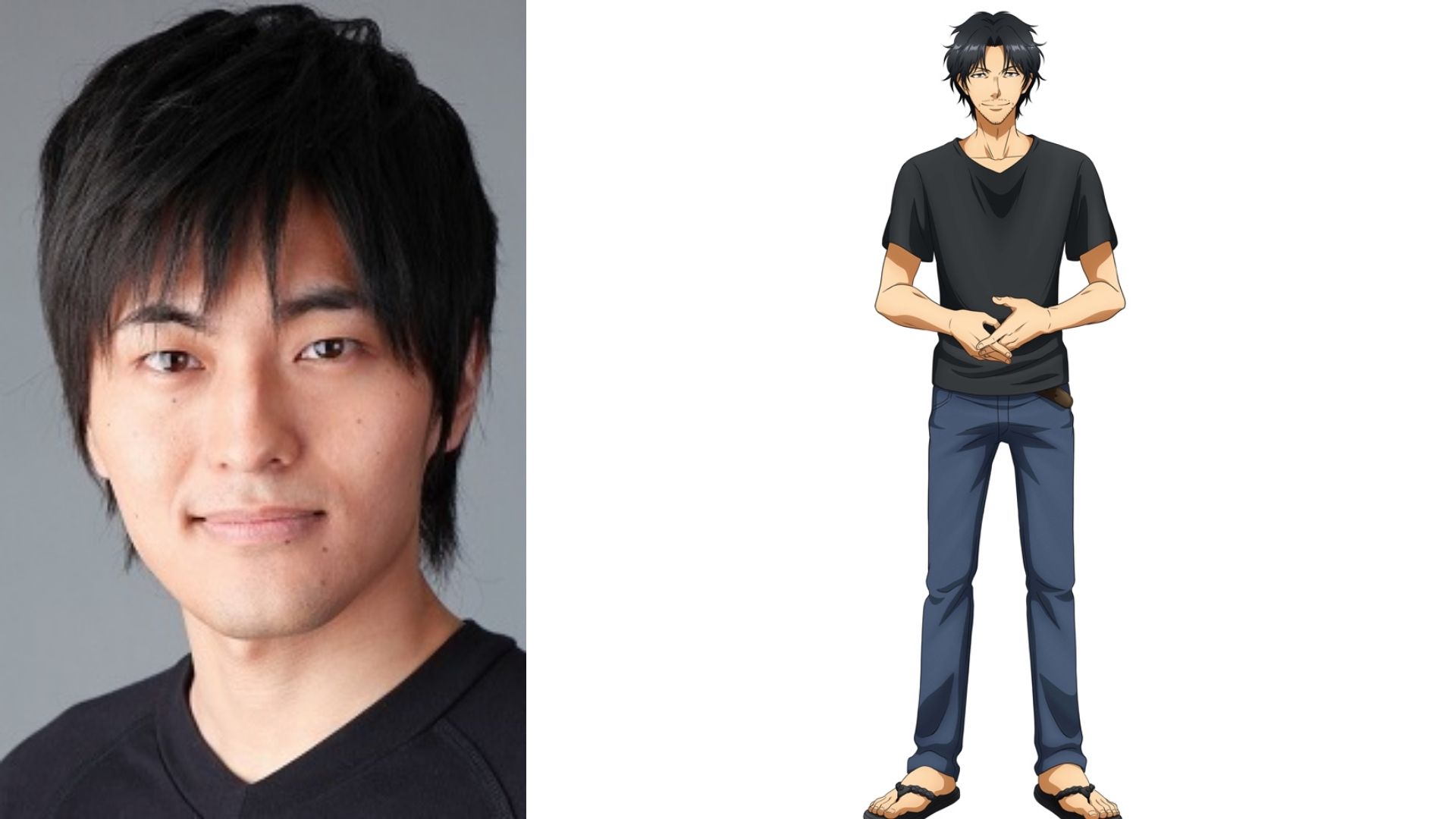 Chikahiro Kobayashi as the VA of Tatsuya Fukuda

Directed by Yo Sato, the other cast includes Shunsuke Takeuchi as the VA of Nagisa Akutsu, Yuichiro Umehara as the VA of Haruhisa Kuribayashi, and Maki Kawase as the VA of Ichijo Hana.