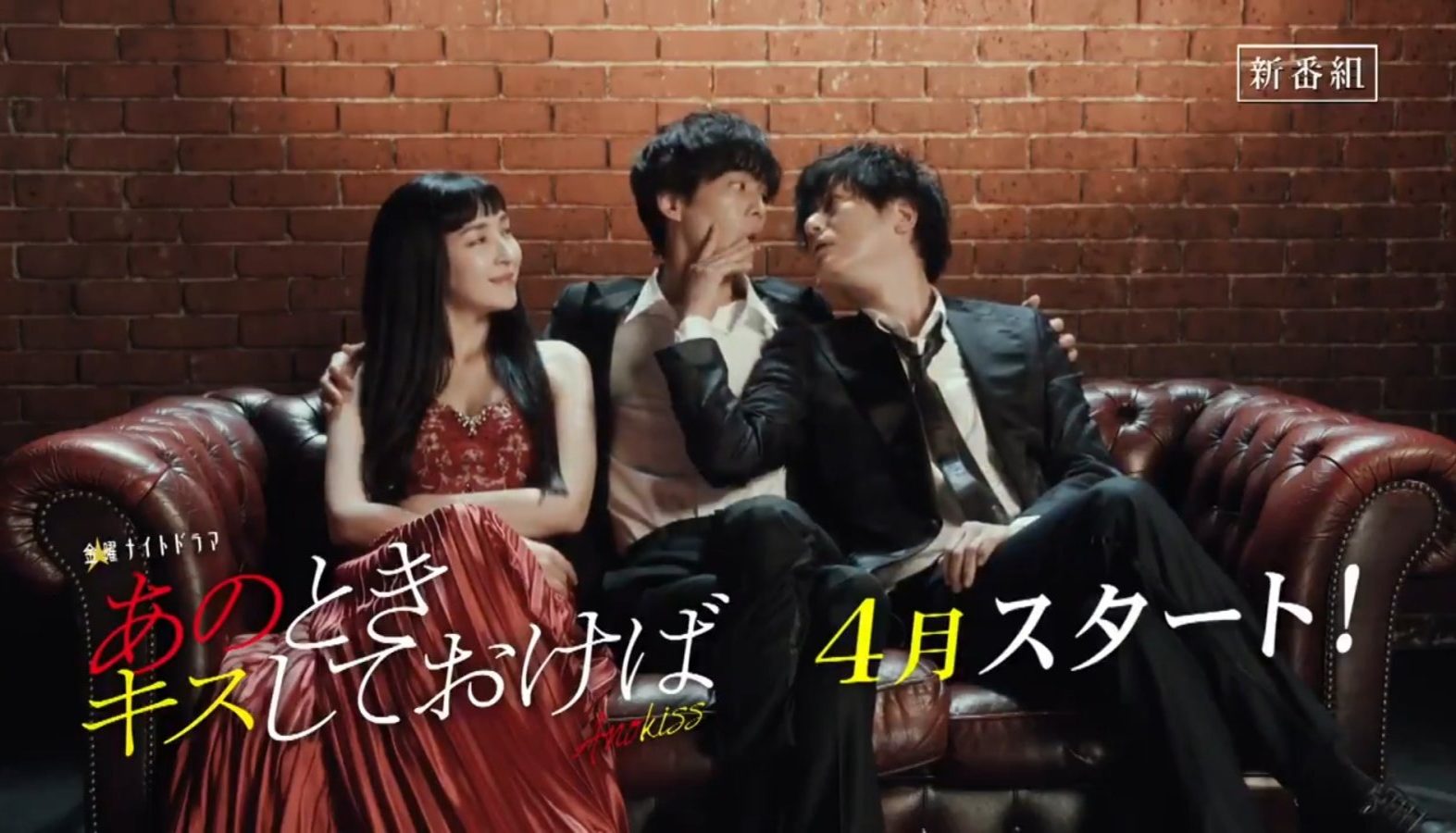 “Ano Toki Kiss Shite Okeba”(originally known as あのときキスしておけば)  is a Japanese Drama which is brought by TV Asahi. It is known as “If You Kiss Me At That Time” in English. This romantic comedy is directed by Motohashi Keita, Higurashi Ken, and Yuki Saito and produced by Kijima Sari, Hongo Tatsuya. The screenwriter is Shizuka Oishi. The drama has not been released yet, and a video teaser has been released. The drama is expected to be of the Renzoku format, which in Japanese means Romantic dramas with more than one episode, that is, a series. Though the video teaser is out, it is not available for all regions, some might face a problem loading it.

The romantic comedy by Shizuka includes three main characters and involves a supermarket employee, whose hobby is to read manga, who falls in love with a manga writer and loses her to an accident, only to find out that a middle-aged man emerges and claims to be his lost lover.

“Ano Toki Kiss Shite Okeba” will release on April 30, 2021 (except few places). It will broadcast every Friday at 23:15 (JST). There are expected to be 10 episodes of “Ano Toki Kiss Shite Okeba”. Everyone is looking forward to it since the story is very different from what usually dramas portray. Audiences have already formed Facebook groups and are putting up polls regarding what to expect from the show.

Nozomi Momochi is a supermarket employee and works at supermarket Yumehana. He is a kind and helpful person and helps those who are in need without a second thought. But, Nozomi is a person who lives without dreams and courage. He is not ambitious, does not care about success in life and,  he is not even interested in dating. When he gets some free time, he reads Manga Comics. One day, while working at the supermarket, he comes across Tomoe Yuizuki, who is the writer of the popular Manga “Seika no Sora,” Nozomu Momochi’s favorite Manga. She is a blockbuster writer who writes under the name “Crab Pot Joe”. Tomoe Yuizuki, however, was quite different than what Momochi imagined her to be. Momochi thought the author to be a man earlier, but he discovers that she is a woman who lives luxuriously and wears expensive clothes. 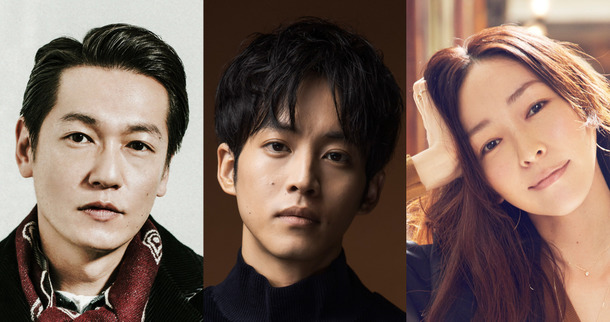 Tomoe Yuizuki is very passionate about her art as a manga writer. Her hobbies include attending Hula classes and shopping for groceries in supermarkets. Tomoe, being a famous manga writer, often faces a lot of hatred, criticisms, and negativity which she grew tired of. After all this hatred, meeting a fan was a quite pleasant experience for her. Momochi wanted to work for Tomoe, and he did he does everything from cleaning, washing, and cooking for her. Over time, Momochi and Yuizuki grew closer, and it was a relationship that was more than friends but less than lovers. Tomoe invited him to Okinawa Island for a vacation.

On that vacation, both of them, Momochi and Yuizuki, faced an accident. Momochi returned alone, and Tomoe did not make it back. Nozomu Momochi was having difficulty dealing with the loss of Tomoe, the woman he liked. At that moment, a middle-aged man named Masao Tanaka appears out of nowhere and claims to be Tomoe. He says “Momochi, I am Tomoe.”

The romantic comedy will unravel the relationship between Nozomu and Tomoe. It will also unravel the true identity of Masao Tanaka, who is a cleaner and visits the supermarket and meets Nozomu.  Masao says that Tomoe’s soul entered his body by accident.

The main casting actors include:

The male lead Tori Matsuzaka read the script again and again and found it very unexpected and funny at the same time. He says that the role of Tomoe will suit Kumiko Aso really well as she is known for both serious and well comical roles. Kumiko Aso thinks that the role is unrealistic but fascinating at the same time. She looks forward to working with the co-stars. Arata Lura said yes even before reading the script, but he admits that he regrets it just a little. He jokingly says that at the age of 46, he gets to play a heroine for the first time and is therefore looking forward to doing something new.

One can watch “Ano Toki Kiss Shite Okeba” at the original network TV Asahi every Friday at 23:15 JST. The show will be telecasting at the slot which was previously occupied by “24 Japan.”