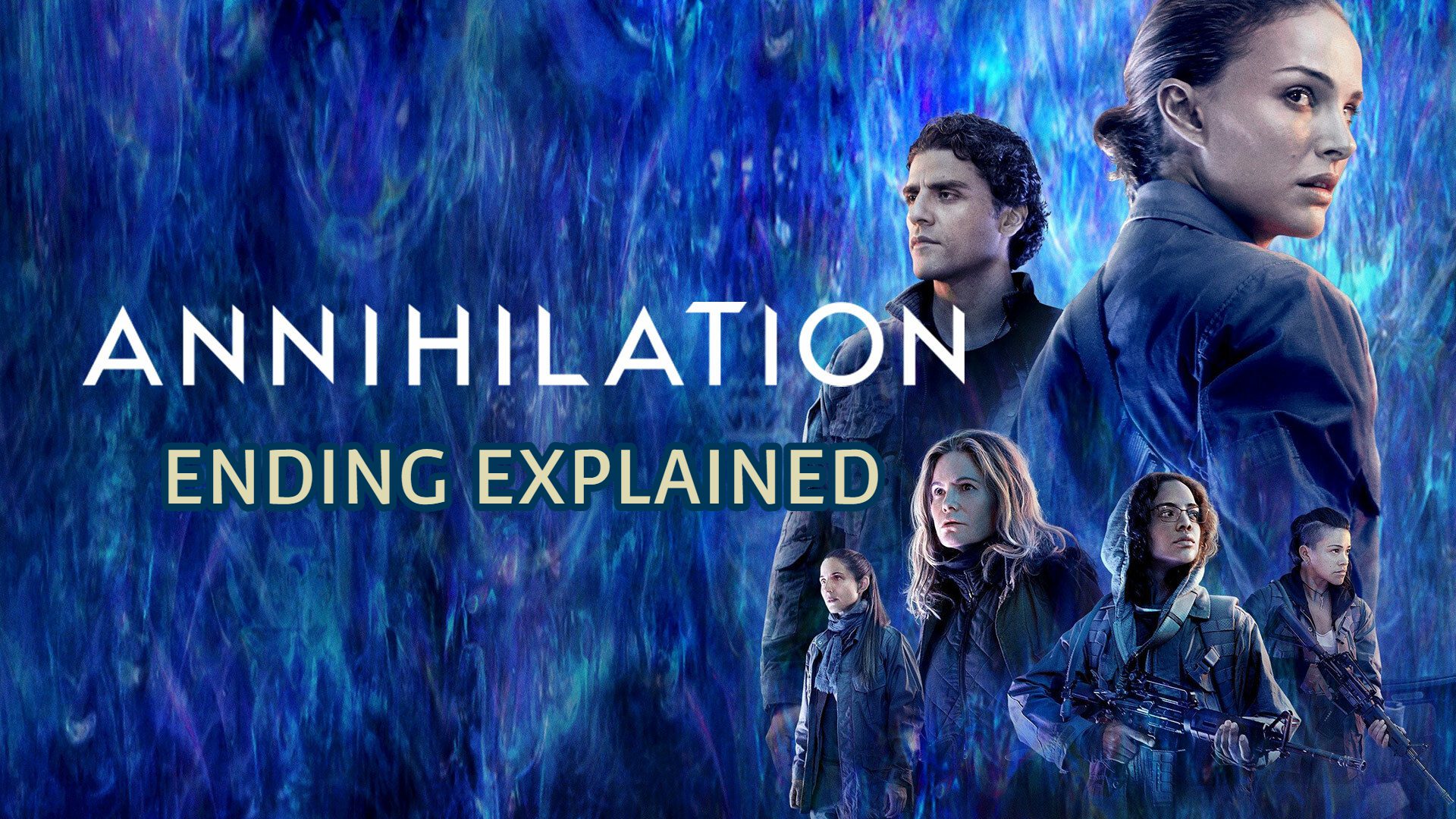 The sci-fi genre has always been popular with a large following. The endings of these movies, however, are always confusing. Hence, this article will discuss the ending of one such movie. Further, throughout this article, we will make the ending as understandable as possible for the readers. Today’s article will talk about the Annihilation movie. In addition, the Annihilation ending will also be explained. Have you ever wondered what will happen when an alien cell reacts with a human cell? The following article provides an overview of Annihilation, in which such a scenario is explored.

The science-fiction horror film Annihilation was released in 2018. Alex Garland is the writer and director of the film. Further, a 2014 novel by Jeff VanderMeer with the same name was adapted into the movie. In addition, this movie features an impressive cast of talented actors. There are Natalie Portman, Jennifer Jason Leigh, Gina Rodriguez, and Tessa Thompson in this movie. In addition to Tuva Novotny, and Óscar Isaac. It follows the exploits of a group of explorers who venture into “The Shimmer.” There’s a mysterious quarantined zone of mutant plants and animals called “The Shimmer” that’s caused by an alien presence.

A theatrical release of Annihilation was made by Paramount Pictures in the United States. The movie was released on February 23, 2018. Furthermore, the film was released on April 13, 2018, in China. Despite a production budget between $40 and 55 million, the film grossed $43 million. The movie became a box office bomb because of this. Moreover, it was released digitally on March 12, 2018, in various other countries by Netflix. Visuals, acting, directing, and the story’s thought-provoking elements received praise from critics. “Depression, grief, and the human propensity for self-destruction” are prime topics of the film, according to Empire magazine.

The Plot Of The Movie

The film opens in the top-secret Area X facility of the U.S. government. There Professor Lena, an Army veteran, and cellular biology professor is picked up for questioning after returning. After an expedition to the “Shimmer” anomalous zone, she returned as the only survivor. On the American coast, the Shimmer emerged from inside a lighthouse after a meteorite landed inside it three years earlier. Moreover, its boundaries were gradually extending. The husband of Lena, Kane, was a Green Beret on an earlier expedition. Further, he returned to their home after missing for more than a year. Additionally, he was unable to explain why he had returned or where he had been. During the conversation, his condition rapidly deteriorated and Lena called an ambulance.

However, they are intercepted by security forces and taken to Area X. Dr. Ventress, a government psychologist shows Lena the Shimmer while Kane is in intensive care. Further, she explained that Kane is the only member of the team that has ever returned from the given location, despite many exploratory teams entering the area. Further, Vegtress prepares to lead a groundbreaking expedition into the Shimmer. The group consisted of Lena, physicist Josie Radek, geomorphologist Cassie “Cass” Sheppard, and paramedic Anya Thorensen. Lena sees a vision of her affair with some colleagues, as the group enters the Shimmer. This affair happened before Kane disappeared.

The group discovers that their communications and navigation equipment no longer works when they awaken in their tents. In addition, approximately three to four days have passed since entering the Shimmer, and they cannot recall anything. Furthermore, they encounter mutant plants and animals in the Shimmer. They also experience ups and downs along the way. One by one, all the members lost their lives because of different causes. The only person left is Lena, who must discover what the truth is behind everything.

As the film reaches its conclusion, Shimmer is introduced as a foreign entity from outer space. Further, it has made itself at home inside a lighthouse. The technique also transforms humans into fungi sculptures that explode. With its base transformed into an elephant graveyard, it was now full of bones of humans. Even some of the interior design elements of Shimmer’s lair resemble H.R. Giger’s Alien spacecraft design. Therefore, it is reasonable to assume that it must be an alien with some kind of intelligence. If it had not attempted to double her, what happened would not have happened.

In addition, since the real Kane left a videotape behind, we are able to determine that the Kane that appeared at Lena’s house was an impostor. Biologically, the impostor was identical to the real Kane. The real Kane committed suicide when he came face-to-face with the Lovecraftian truth about how artificial his self-identity is. Depending on how far you are from the lighthouse, the effects of the Shimmer manifest differently (similar to a bad WiFi signal). By touching it, some creatures can change, while others can swap genetic material, inside the Heart of Reflective Darkness. Further, these creatures can become exact replicas of their host.

The Shimmer appears to have been destroyed by the human desire for self-destruction after a few more revelations. In essence, that is what allowed Lena to survive. A genre movie like this will of course includes a twist. As the film’s final scene concludes, Lena embraces Kane even though she knows he is not her real husband. Further, she then demonstrates something aglow in her eyes, and we’d almost say shimmering.