Annette Kowalski Net Worth: How Rich Is the Painting Partner of Bob Ross? 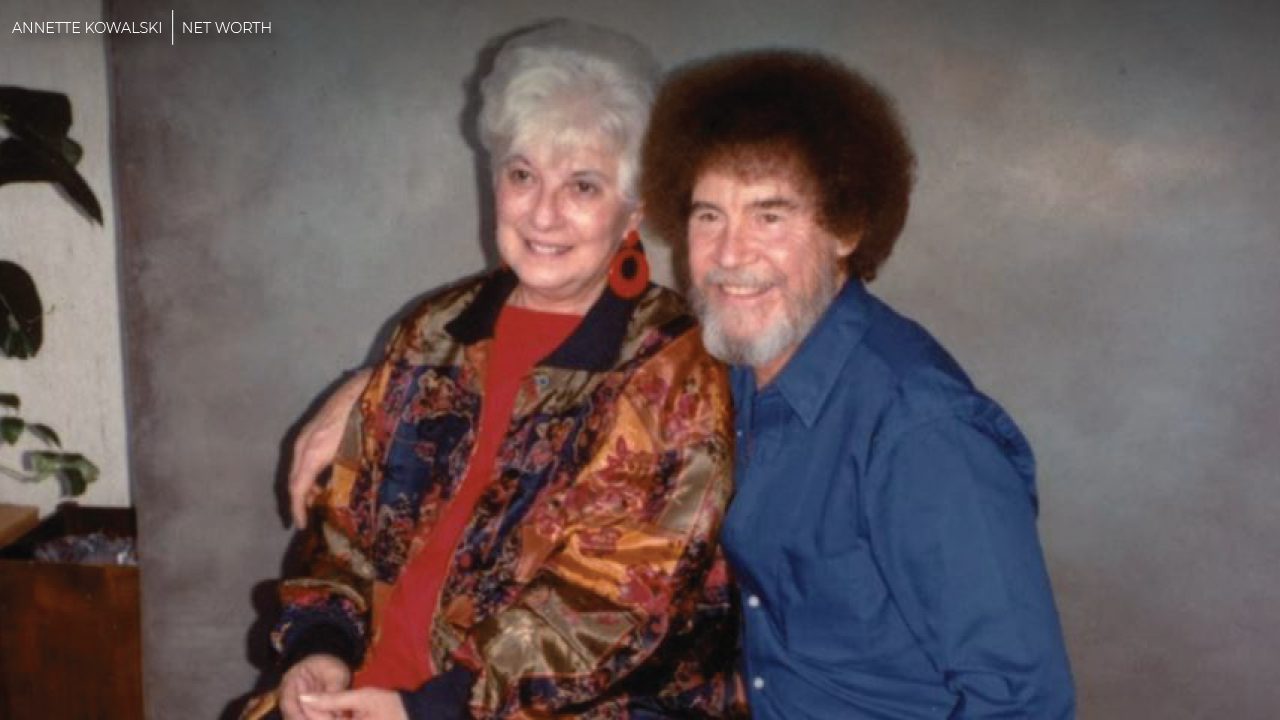 Born on 26 January 1936, Annette Kowalski is a confident figure and specializes in camera and electrical departments, producer strategies, and archive footage shoots. Her relation with Bob Ross since the 1980s makes her globally known. She met Bob Ross while seeking an art class in Clearwater Florida.

Annette married Walt Kowalski at a young age and lived in Washington DC with their five children. Both of them together became famous personalities for their successful partnership with a well-known painter Bob Ross. They together came up with an idea of having Bob art classes throughout the country which soon came to be known as “The Joy of Painting” which ran from 1983 to 1994. The show came to be known as an instructional show that became globally popular with 400 episodes shot in Indiana. The world came to know about the Kowalski relationship with Bob through Netflix’s documentary titled “Bob Ross: Happy accidents, Betrayal and Greed.”

The workshop taken over by Anette turned out to be a very significant structure for both Kowalskis and Bob Ross. Bob kept teaching the classes for the workshop and soon the couple ventured into selling art supplies that would eventually have Bob’s name for the label.

Being one of the famous personalities Annette Kowalski has always been in the spotlight. Her net worth is a subject of gossips several times and the media is all digging in into her fortune. Let’s have a peek inside.

Annette Kowalski: What is her net worth?

Eventually, the workshop turned into a big success and became a significant structure for both Bob and the Kowalski couple. The empire that they created with a whole lot of hard work and passion was named Bob Ross Inc.

The ownership of the company was transferred to the Kowalski due to the death of Bob in 1995. In the year 2012, Joan Kowalski took the charge of the daily operations as the Kowalski couple stepped back. The company has grown into something very successful and is playing great in the digital market.

They witnessed a big success of the “Joy of Painting” marathon on Twitch, a streaming platform for gamers. The company diversified its reaches by selling merchandise which included coffee mugs and t-shirts and the amazing Bob ross-themed board games and puzzles that were loved by many.

Over the past three decades, with all the marketing and planning going on with perfect execution Bob Ross Inc. has shown a lot of progress, undoubtedly. Though, when it comes to knowing the net worth of Annette the calculations always turn out a bit fuzzy. Back in 1995, when Bob died his share was worth about $650,000 which accounted for one-third of the company. Annette and Walt got a hold of the rest of the shares.

The company has grown a lot since then. It directly points to the fact that Annette and Walt may have their net worth in the millions.

ALSO READ: Wade Rosen Net Worth: How Rich Is The Atari CEO?

Was the Kowalski family in controversy?

As reported by The Daily Beast and also shown in the Netflix documentary the Kowalskis tried to get Ross’s sign on the papers which would sign the company, likeness, and works under their name. There was a controversy when Ross was on the brink of death, it was said that he tried to regain control of his intellectual property by specifying in his will that the rights would go to his half-brother, Jimmie, and son, Steve.

Varieties of lawsuits and financial claims against the Ross estate, his widow, a PBS writer-producer, and the station that aired Ross’ show were raised by BRI after Ross’s death. According to his son Steve, he was warned against using his father’s name for painting and art-related business endeavors.

The company fell into the hands of the Kowalski family which independently operates BRI to this day. They have expanded their roots and now there are several of Ross’ shows on streaming platforms; which is helping them in exploring greater branding opportunities.

ALSO READ: Eric Decker Net Worth: How Much Is The NFL Star Worth?