Anna Konkle’s Partner: All About Her Professional and Love Life!

What it feels when you got to know that you and your best friend both are expecting a baby! Well, so happened with Anna Konkle? 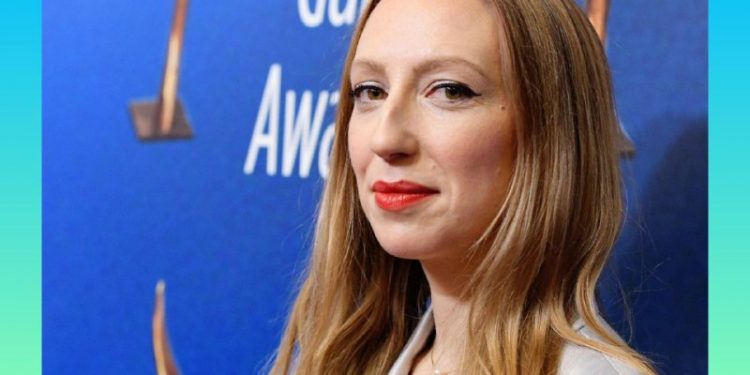 As the article would open its folds, you would be getting to know all about the partner of Anna Konkle! Along with that, we would also be discussing their love life. Anna Konkle is a famous American actress, writer, and director. She grabbed the central stage lined with the starlight when she co-created and starred as Anna Kone on Hulu’s original TV comedy series PEN15. And here, her co-partner was none other than her best friend, Maya Erskine.

It would be worth mentioning over here that her marvelous work on the above-mentioned series had helped her in bagging two Primetime Emmy Awards nominations for Outstanding Writing for a Comedy Series in 2019. Followed by in 2021 for the Outstanding Comedy Series. Konkle started her career while working on student films at the New York University and in experimental theater.

She proved that if we are determined, then nothing could stop us from achieving our goals. At first, she used to appear in small roles in TV shows such as Shameless, Ramy, and New Girl. But she was enriched with hope. And never stopped raising the levels of her hard work. Then, from 2015 to 2017, she made her entry as Tara “TMI” Milly Izikoff on the main cast of Rosewood. And finally, in 2019, Konkle co-created Hulu’s original TV comedy series PEN15. But what about her love life? Is she married? Who is the partner of Anna Konkle? And what about her pregnancy story? How’s their life going on?

All about the partner of Anna Konkle

Well, without playing with your curiosity, let us reveal the answer to this question. So, the partner of Anna Konkle is Alex Anfanger. Regarding his profession, he is an American television writer, actor, and producer. He potentially attracted the limelight for his roles in Cake, Burning Love, and Big Time in Hollywood, FL.

Alex Anfanger is two years elder than Anna Konkle. As he was born on 14th September 1985 and Anna Konkle was born on 7th April 1987. And hence, as of now, they are 36 and 34 years old, respectively. They like to gush about their love life on social media. Moreover, Anna had made her fans know about her pregnancy through her Instagram handle itself. But it would be worth mentioning that she made the big revelation only when her pregnancy rose to the bar of nine months. To which she had captioned that any second their family could expand!

The interesting thing to be noted here is that both Anna Konkle and her on-screen and off-screen best friend Maya Erskine were pregnant at the same time. In one of the pictures which they had posted on social media, they both were seen flaunting their baby bumps. And the caption grabbed all of her hearts. The caption reads, “BFFs are in a process of making some future BFFs!”

Then, in early 2021, Anna Konkle and Alex Anfanger welcomed their first child together. It was a baby girl. Whom they have named as Essie Wunderle Anfanger. The name of their daughter might seem a bit difficult to spell, but it has a deep underlying meaning. Which Anna herself had disclosed. She revealed that the middle name is from her dad’s side of the family, which is given in honor of him. Moreover, Wunderles were known to have strong, forward-thinking women! And she is willing that in the future, her daughter should respect and appreciate the name given to her.

Well, as of now, Anna Konkle and Alex Anfanger are not married! But we can hear the wedding bells ringing at a distance. As she had disclosed in a post that Alex had already given her marriage proposal. They aren’t married yet, but they are engaged! Yes, they have exchanged the rings in an intimate ceremony. And now, as together they are leading a happy life, very soon we can witness the couple exchanging their wedding vows!

Also Read: Ashley Judd’s Partner in 2021: Is The Actress Married?