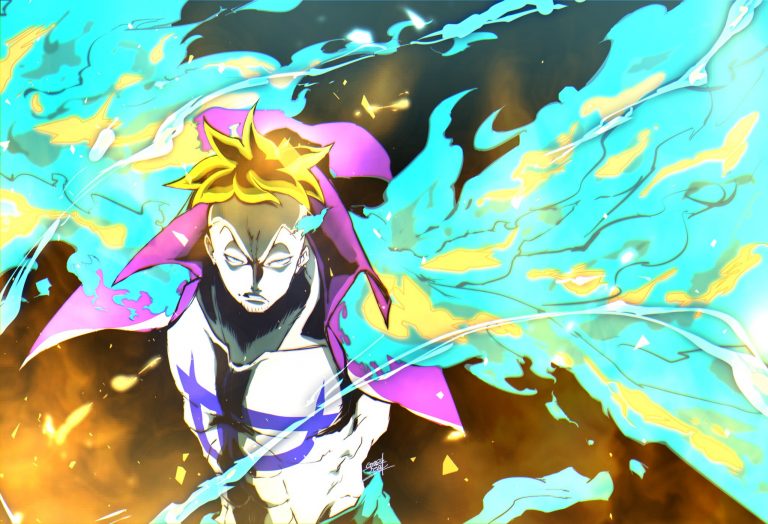 In the previous chapter, on the last page, Eustass Kidd attacked Scratchmen Apoo, because Apoo betrayed him when they attacked Kaido, fast forward in the current chapter, there is the whole aftermath to this, as well one of the most awaited One Piece character will return in this chapter.

Apoo survived Eustass Kidd’s attack. However, he suffered significant damage after Kidd’s attack. One other thing that is revealed in the new chapter related to the mysterious Devil Fruit of Apoo is that the rank of his attack is how far the sound of his attack reaches, if you are out of the sound range, means you are safe.

We also get to see the numbers, from what we know, there are 10 numbers in Kaidou’s army, just like a stack of cards. We will see number 8, who goes by the name Hatcha appear in One Piece Chapter 981. He laughs “Hachacha”, similarly, other numbers will laugh according to their numbers in Japanese, for example, numbers 7, might laugh like Nananana, no Batman pun intended.

Coming to the next part of the spoilers, Who’s Who prepared to go out with his men to find Kaidou’s Son Yamato. Chopper and Kinnemon’s party tries to pass by one of the Tobiroppo, Black Maria’s residence, as there is no one nearby, to their surprise, they encounter Big Mom. Chopper is in the tank, he and Big Mom make eye contact.

Now comes the most important One Piece 981 spoiler, we will see Marco return, and obviously he will join Luffy and the gang to fight the beasts pirates. Big Mom Pirates are climbing up the waterfall, and to their surprise, the second time they are thrown off from the waterfall, by a flying Yonko Commander, Marco, well ex-commander, but still.

At the end of One Piece Chapter 981 Nekomamushi, Marco, and Izo make an appearance. This is all the spoilers we have for now, we are going to share more spoilers as we have it, so stay tuned.

Despite the rumors Pokemon GO is still making over $2Million a Day!

The God of High School Anime is Awful. Here is Why!

The Best Games That You Can Play On Your PS4 Right Now !

Everything You Need To Know About Godfall

Oda Explains About One Piece Ending in the Latest SBS