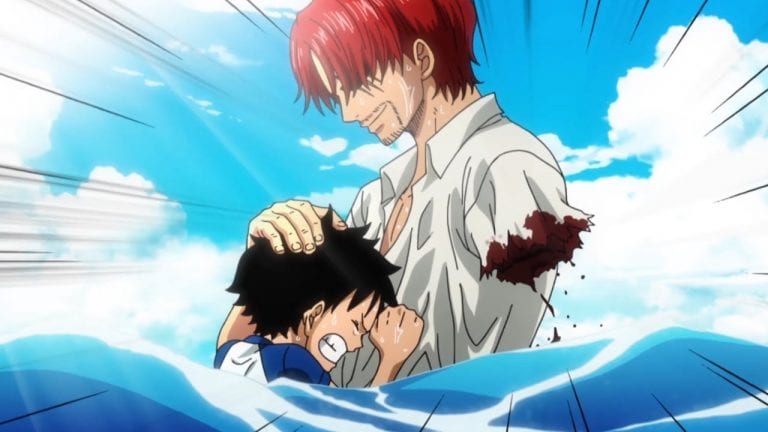 Oda Reveals The Real Reason Why Shanks Lost An Arm

Shanks is one of the most popular characters in the world of One Piece. He hasn’t really made a lot of appearances in the series, but despite that, he remains to be a fan favorite. Shanks was first introduced to us back at East Blue, along with his crew. At that point, nobody really expected him to be that important to the story, because most people didn’t know he would turn out to be a Yonko.

Later, at Water 7, Garp was the one who explained to us what Shanks’ really was, and how strong he was! Despite all that, Shanks has already played a very important role in Luffy’s journey towards becoming the Pirate King. He was the one who inspired Luffy to become a Pirate. That’s not all. He also saved Luffy’s life at East Blue, and in that process, he ended up losing an arm.

Shanks has been established as a very important character to the story of One Piece, but that wasn’t always the case. When Oda drew him at first, his editor didn’t think Shanks was interesting enough. Shanks gave a boring vibe, and the story just didn’t seem as appealing to him. This played on Oda’s mind, and thus he decided to make some changes.

What the editor was actually trying to establish was that while the start to One Piece was decent, there needed to be an impact. Oda couldn’t think of anything better than Shanks making a sacrifice, which is often the case in the world of Anime. When you look at Naruto, they did the same thing with Iruka, who laid his life on the line to save Naruto.

So, Shanks’ arm was used as a way to get fans hooked on One Piece. Because of that particular scene, I think many characters began to like Shanks and the series as a whole. One Piece would’ve been a lot different if Shanks hadn’t done what he did.