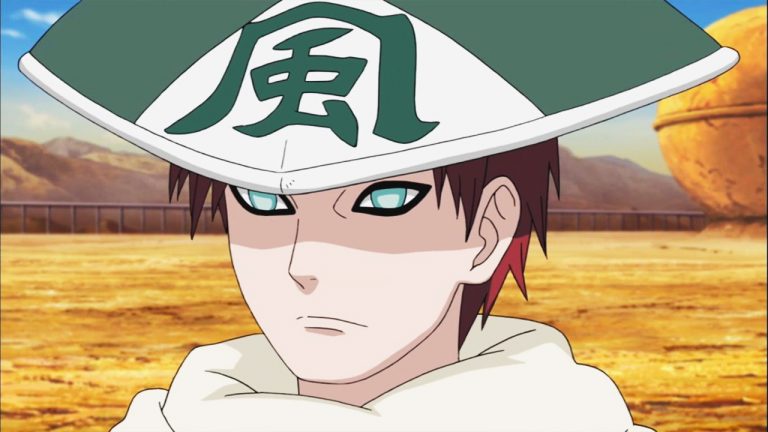 Gaara is one of the most liked Naruto characters, maybe ever. He appeared early on as a villain, and then, was turned into a good person, after becoming one of the very first victims of Naruto’s lethal “Talk no Jutsu”. But, his backstory and the way he related to Naruto made him a fan favorite, instantly. Gaara later went on to become one of the most successful people in the history of the series, as he made the younger ever Kage (possibly) at the age of 14-15. He was the son of the 4th Kazekage.

After becoming the Fifth Kazekage, Gaara made Sunagakure into a successful village. He even led them into the 4th Great Ninja War and held a very high rank there.

Even then Gaara played a pivotal role, and he even saved Naruto when Kurama was extracted from him. By the end of the series, Gaara is without a doubt one of the strongest characters alive. But, Kishimoto just revealed something that would shock all the Gaara fans. Gaara was introduced in the series during the Chunin Exams arc, and Kishimoto had to create the script back when he was in the Land of Waves arc. So, he had decided Gaara’s name be Kotarou Fuuma. However, that didn’t happen, as Kishimoto’s editor just didn’t let him go down that path.

“For me, Gaara’s name was supposed to be Kotarou Fuuma. But my editor strongly disagreed,” the creator says. “I objected and said it was a name fitting for a sand ninja and that went on for weeks.”

“I still don’t know the reason for that. When I said, “Then how am I supposed to call him?” My editor said “Gaara” … I liked that so I kept it. Then later he told me that was the name of a Ski Resort and that he just returned from the place,” Kishimoto revealed.

“I said ‘That’s just bullsh*t’ but since I already took the name of the story and I liked it, I kept it. Later on, I stopped focusing on surnames and just went for how the name sounds and what the name means.”

So that’s how Kishimoto came up with Gaara. If it wasn’t for his editor, we would’ve known Gaara by Fuuma right now, and it just doesn’t sound as good as Gaara does. What do you think about this? would you have liked Fuuma more than Gaara? Let me know in the comments section below.