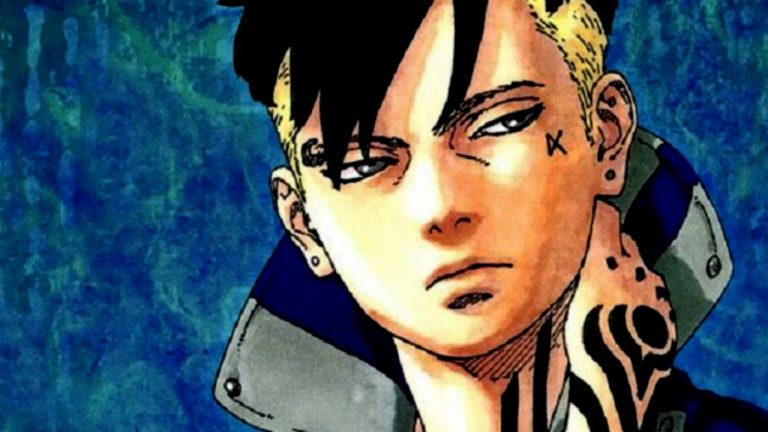 Kawaki To Appear In The Boruto Manga Soon!

The Boruto manga has been going on for quite some time now, and there have been some incredible moments that we’ve seen so far. As for the anime, it is quite as good as the manga yet, because the manga is focusing on a lot more serious stuff. Either way, the series is really interesting right now, and you could see where it’s headed towards. I’m certain that there are fans who were skeptical about Boruto, but now, their ideas about the series have changed. Without a doubt, one of the most anticipated things in Boruto is the stuff related to Kawaki.

Kawaki is the mysterious boy who destroyed Konohagakure and when he does so, the age of Shinobi is essentially over.

That’s right. Shinobi have either lost a great war, or they’re all dead. It’s either one or the other. So, the Boruto manga is now tackling the real problems, and we were introduced to an organization known as the Kara very recently. They look to be made of very strong and smart members, who work from within the shadows.

The Kara have a “Vessel”, which is very important to them, somehow. It means a lot to them, and it has some sort of connection to their end goals. We don’t know what that is yet, but we’ll soon find out. But the vessel seems to be “someone”, rather than “something”. And I don’t think there’s anyone better suited to being the vessel than Kawaki himself. When you look at it after Kara lost the vessel he disappeared. In the future, he carries the marks that Kara is looking for, so I’m certain that it is him.

What’re more, spoilers for the upcoming Boruto chapter suggest that someone will approach Katasuke in the laboratory, and this might finally be it. We might be able to see the introduction of Kawaki in the upcoming Boruto chapter. Spiraling Sphere also teased a lot of interesting stuff regarding who the person was, but I think that it is just too convenient for the vessel to disappear and someone to appear at Katasuke’s lab. It is most certainly Kawaki.

But, we will find out soon enough. Boruto Chapter 18 will be officially out on November 20. Make sure you check it out. Do you think Kawaki makes his debut in Boruto manga chapter 18? Let me know in the comments section below.