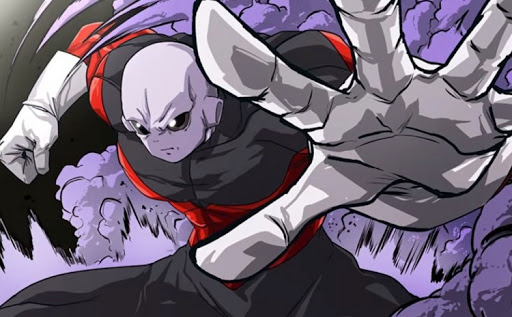 Jiren is an opponent far formidable for any of the Universe in this Universe Survival Saga. He’s said to be a mortal who couldn’t be defeated by the lord of destruction from universe 11. Jiren didn’t make a move in the beginning, but when we saw him fight – we actually got an idea of how strong he is. Jiren can overwhelm an opponent with just a glare.

That’s not it – no one was able to land an attack on Jiren up till now. Which makes our speculation all the more obvious. Jiren has mastered Ultra Instinct. Yes, you read that right. He’s attained the power of Gods, a technique even Beerus couldn’t master, Ultra Instinct.

At first, it seems, he’s really fast. However, the reason behind it is starting to look a lot more obvious now. Moreover, he will be fighting Goku who’s been practicing really hard before the fight but didn’t actually master Ultra Instinct. This will turn out to be a great fight, where Goku will be fighting someone a lot stronger than Goku.

What are your opinions, do you think Jiren has mastered Ultra Instinct? Let us know in the comment sections.

He challenges Goku and co. to a death match against him if he wins then the planet gets destroyed and if he loses, he will spare them. The story of Dragon Ball Super gets interesting as soon as the plot progresses, the anime is currently following the Tournament of Power arc where all the universe fight for survival. Here is the official trailer for the Universe Survival arc in Dragon Ball Super –