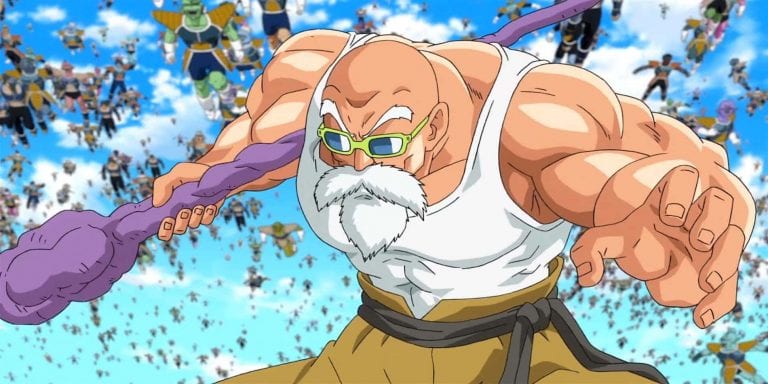 Dragon Ball Super’s Tournament of Power is still going on, with a fair amount of fighters already having been knocked out. However, there are still a good number of them left, and the main ones are still present there. Episode 106 was focused on the stealth fighers, who were knocked out by Universe 7 fighters. However, they also lost Tein in the process.

According to the spoilers for Episode 107 of Dragon Ball Super, Kaioshin Fuwa has ordered Frost to take down the warriors of Universe 7. While this is a very hard thing to do, Frost agrees, but on the condition that, if Universe 6 wins, all his debts will be annulled, and he will be given financial assistance to start over his business. While looking for targets, Frost goes to Master Roshi, who is in very deep trouble.

We’ve seen so little of Universe 6 in the Tournament of Power, and it is great that some light is being thrown on Frost now. People have been wondering what kind of powers he will have, but we won’t find out for now.

In any case, Frost is too strong for someone like Roshi, and from the preview, it looks like Roshi has used, or tried to use Mafuba again.

From the preview, it was hinted that Frost would probably survive the Mafuba. So, it is possible that Master Roshi would just get knocked out in Episode 107. Maybe he even takes Frost with him, I’m not sure about that part. But, Roshi is in a pinch, and it if he tries to use Mafuba again, he may even die.

We’ve already had one death scare with Roshi. Now, it is possible for him to truly die. Frost’s level is way above someone like Roshi, and Roshi isn’t even at his full power. He’s already tired. So, it is very much possible that Roshi may die if he pushes himself too much. We also see a glimpse of Frieza, but episode 108 will be his Episode.

Episode 107 is mainly going to be centered around Frost, and his evil plans. There are those who’ve speculated that Frost must-have cooler’s transformation, or a Golden form, otherwise it won’t be fun. While I truly think he might have a unique transformation. We’ll only find out Next Week.