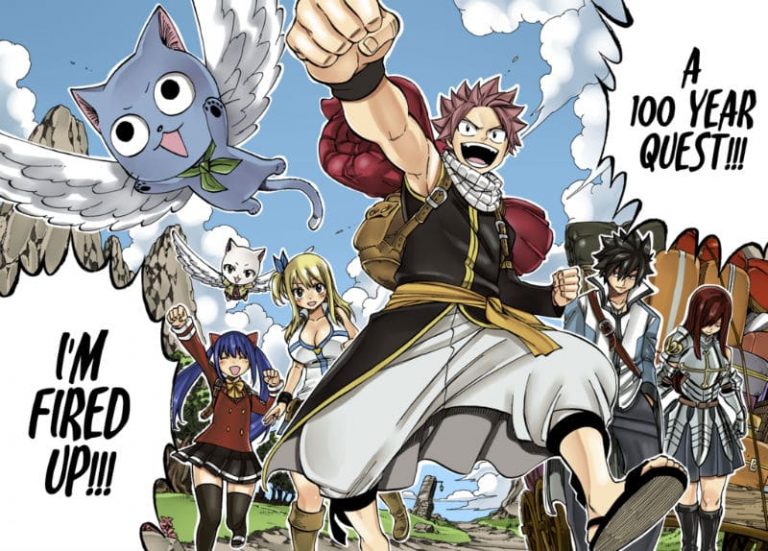 Fairy Tail – the story of the fire dragon Natsu has finally come to an end. Readers have been waiting to see how the Fairy Tail manga is going to conclude the story. And, so far it seems the creator did an amazing job on developing the side plot of the story to make it end this way.

It was quite expected that Hiro Mashima’s Fairy Tail, one of the legendary anime after the Big three is going to wrap up its story, however, it is too soon for us fans to say goodbye to this masterpiece. Previously, in an interview, Mashima did confirm the end of Fairy Tail manga, and the staff members did give a round off when the series will end. And it seems the end is finally here.

As per the interview, the creator, Hiro Mashima said, The project started as a fun thing for him to do, while he was being a bit adventurous. Since his previous work was a very heavy story – he wanted this one to be a light one. However, this ended up being heavier than the previous work of him.

In the story, Natsu is not fighting to save the world, unlike his previous works. Natsu said,” We joined the guild to live, not to save the world”. He has always wanted to write a new story and this way he ended up creating a masterpiece for all his fans.

Fairy Tail will end in about 2 Volumes. He says, I might feel empty after this ends, however, I will be coming up with something new soon. Thank you so much for your support!

As per our speculations, The Fairy Tail manga will have not more than 550 Chapters, at most. Please look forward to the release of the upcoming chapters of the manga.