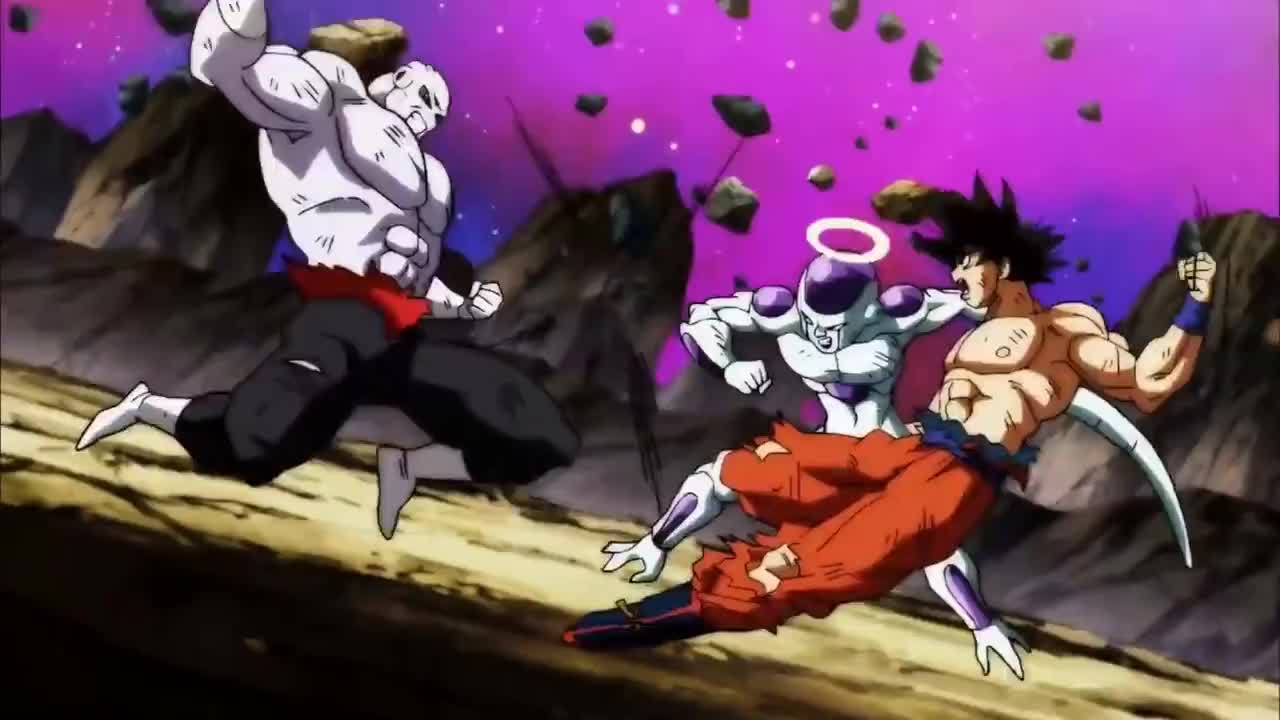 Guys, we have got some news for you all. Frieza will be the 10th warrior of the Universe 7 team, but wait isn’t the team already confirmed? Didn’t we see the 10 member team in the opening?

Well, Toyotaro the one behind the DBS manga did say something, that goes unnoticed, he said “Do not believe in the Definite members of the upcoming Tournament of Power. Even if they have already been unveiled!

Now, if there’s indeed a change and Frieza gets in the team that would fall in with what Toyotaro said.

Here’s the translation from GovetaXV.

Dragon Ball Super Episode 93: You are the 10th warrior. Goku goes to Frieza!

But, he did point out that it’s not yet official. Even though most probably that’s accurate, it’s still not 100% confirmed. However, as covered earlier spoilers up to Episode 92 is 100% official, and in Episode 92 they do face a problem with the team, the title of that episode is “Emergency situation? Incomplete 10 members?”

So, they are indeed hinting that one of the members from the previous plan will not be able to participate due to some reason, and if the 93 title is to be believed; Frieza is the one that will get included. I am having a hard time accepting that or believing that. I mean Frieza again? Brought back for the second time in DBS?

I know there are many Frieza fans who would appreciate this, and I know many of you might find this interesting. I am okay with that, I understand that some of you might be interested in a character like participating in the battle royal for survival, but I personally would be very disappointed if that happens. Why bring back Frieza? I would rather have Cell brought back since we already had Frieza, and that would be too repetitive. I know you would say Cell is not strong enough, but then again the last time we saw Frieza before Super he was weaker. Pretty sure the Writers could make something up for Cell, just like they did with Frieza, and how they made Frieza strong to battle SSB Blue. Arguably Cell should have even higher potential. They could show something like Cell has been training in hell, absorbed 99 others, or just something. I think that would be much more interesting instead of bringing back Frieza again.

Who do you think could have an emergency and miss out? I think it could be Master Roshi, or Android 18, but the Episode title itself, even if it turns out to be legit, doesn’t confirm that Frieza is returning! It could be like Goku tries to get him in the team, but he does something twisted, and then they go with the previous team.

There’s no question about Frieza’s power, we all know what he is capable of the dude was able to match up with SSB by only a few months of training. The reasons I am annoyed doesn’t have to do with power, but the fact that I think it’s not an entertaining idea to bring him, but that said if Frieza is in the team, that will power them up quite a bit, and they will certainly have a better shot at winning. Maybe we could get to see Frieza fighting Frost, and maybe then they reveal some information about their family and origin. As we the fans still don’t know much about that.

So, what’s your reaction to this? Do you think it was a good idea?