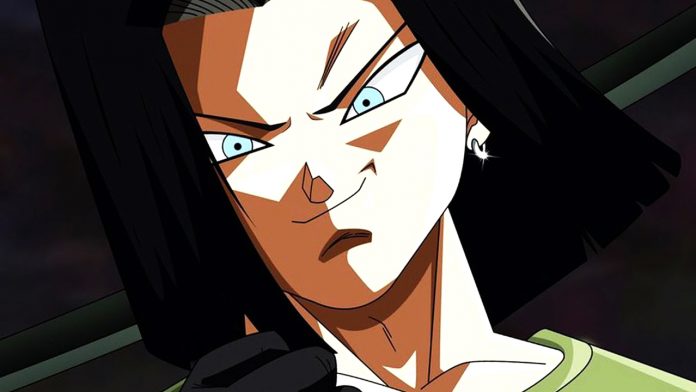 Akira Toriyama has Big Plans for Android 17. He said that 17 has enormous potential, as revealed by the producer of Dragon Ball Super in a recent interview. Super is pushing him so much that they even released a special teaser trailer on the return of 17 before Episode 86. We will come back to that after analyzing the ‘ Goku vs 17’ battle.

In Dragon Ball Super Episode 86, Android 17 gave Super Saiyan Blue Goku a run for his money. This is the first time we saw 17 in action, after the Cell arc, we literally had no idea where 17 was standing in terms of power, and now suddenly we find out he can keep up with Super Saiyan Blue. That is huge, granted Goku wasn’t using full power or was willing to inflict any real damage on 17. It’s a massive power boost from 17’s end to be able to hold his own against SSB, no matter how relaxed Goku was, it was still SSB. Also, even though 17 would not be able to defeat Goku even if he was using full power, take note that 17 wasn’t using his 100% either. So, without an ounce of doubt, it can be said 17 is DAMN powerful.

Now, I don’t know why, there’s one question some fans keep bringing over and over again, the answer is so obvious.

How is 17 able to power up despite being an android?

Their argument is from the point Androids are created they should have the same power level, but as all the non-retarded Dragon Ball Fans know that the case of 17 and 18 is different from that of other Androids. For Example, Android 16 was created from the scratch by Dr.Gero he is 100% machine, but 17 and 18 were originally humans, and Dr.Gero modified them, and turned them into artificial humans, and hoped they could kill Goku and Company. So, just like other humans they can in fact train and get stronger or increase their powers. Now, Granted they can power up by training the question is how was 17 able to reach this level? 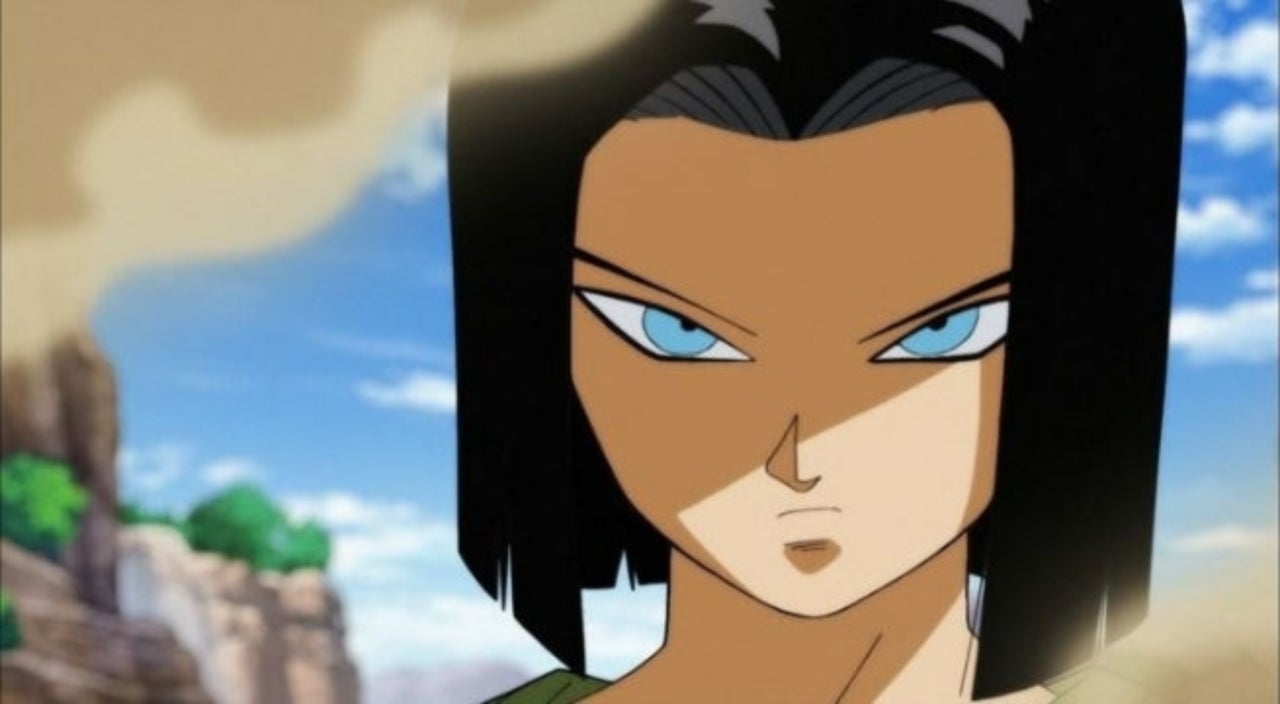 Since 17 is an enhanced human and was specially designed to take out Saiyans as strong as Goku and Vegeta. He most likely has more potential than any normal humans or even the Saiyans. At least the level he has reached suggests so. Potential is the key here, for example, Gohan has more dormant potential than Goku and Vegeta. So, if he kept training non-stop like them, at this point he would be way stronger than them. We have to emphasize on 17’s potential because it got confirmed by Akira Toriyama himself. We have an interview of Dragon Ball Super Producer Hiroyuki Sakurada from DB-Z.com, and here’s the important part, he said “C-17 did not have many fights in the original story, nor in the animated until now.

Akira Toriyama did not have the opportunity to reveal all his strength, but he gave us his agreement to do so, saying that C-17 has enormous potential.” It is also hinted that he passed his time playing against his opponents in the Cell Saga. So we will go through 1 solid example, which will help us to understand just how much of a game-changer can have the high potential be! Golden Frieza was able to keep up with Super Saiyan Blue. Goku and Vegeta took turns to fight Frieza, and yet he was a credible threat to both of them.

Now, when was the last time we had seen Frieza before this, and how strong was he at that point. The last time we saw him in Dragon Ball Z, Future Trunks sliced him without any real effort. Fast Forward to Super, Golden Frieza can give SSB a contest, and how did he achieve this form?

He didn’t train for 10 years, 5 years, 1 year, or even half a year. Frieza got his golden form just by training for only 5 months. Why? Because he was born with that kind of capability, he never trained seriously before this point. Yet he was able to match Goku and Vegeta who spent their entire lives training. That’s how game-changing dormant potential can be in Dragon Ball. You know Frieza’s race is meant to be like that, but Frieza was a prodigy even for his race thus that was justified, and we didn’t see too many fans complaining about that when Resurrection F came out. If you were ok with that, you should be ok with this. 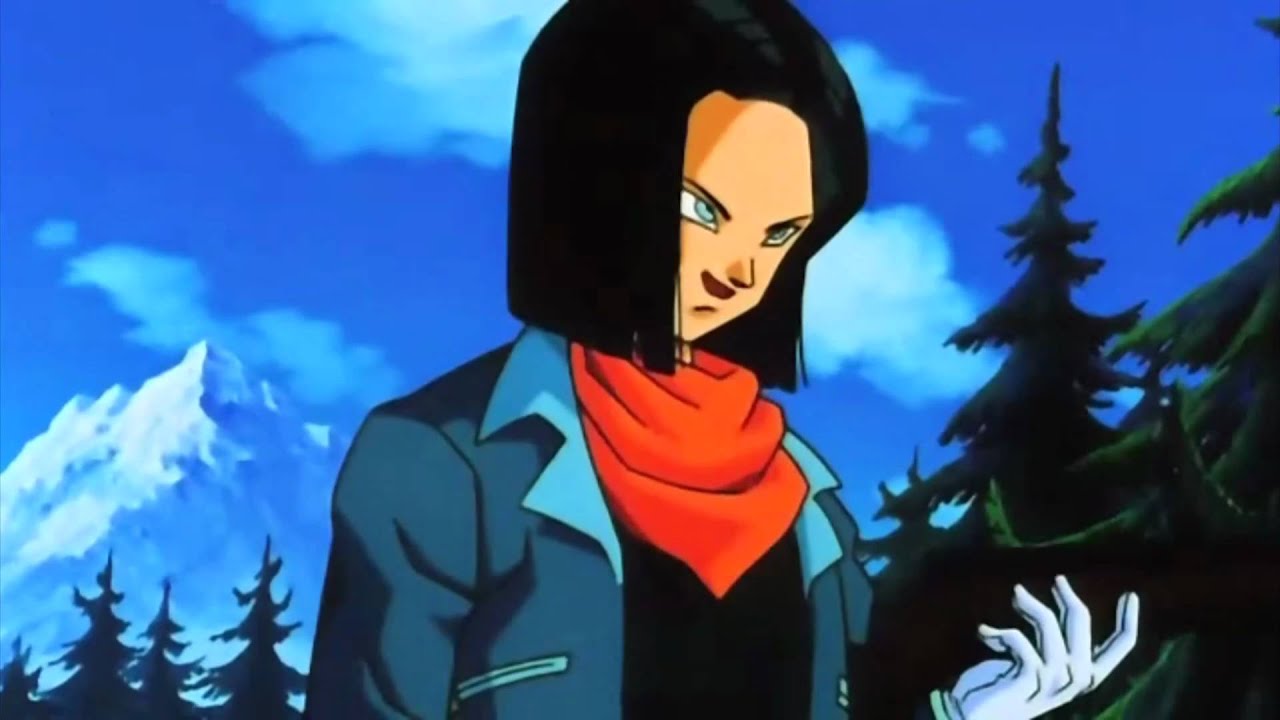 Do you know how much potential 17 has?

Do you know at what rate his power multiplies upon training? No, none of us know the exact answer because we were never given that information specifically, but since 17’s power increased that much we have to assume that he has extremely high potential, a maybe even higher potential than the Saiyans. That way it makes complete sense, I just don’t see why people are bitching about this so much.

Unlike what happened with Frieza, it has been more than 10 years since we saw 17 in action back in the Android-Cell saga. 17 even hinted while fighting that he has been training all these years. So you guys are ok with Frieza who was weaker than a Super Saiyan giving tough competition to SSB Goku, but not ok with 17 just being able to hold his own against a relaxed Goku?

17 was way stronger than DBZ Frieza, he could easily one-shot Frieza, in the future timeline, 17 and 18 killed the entire Z gang including the likes of Vegeta, Piccolo, and Gohan. It’s not even like they were not training at all, these guys naturally kept training just that they weren’t aware of them beforehand. So, 17 and 18 were far stronger than a traditional super Saiyan that wrecked and killed Frieza. Then, this 17 got more than 10 years off-screen time, and it’s hinted that he trained, you can’t accept that, but you accept Frieza being powerful. You are arguing even after Toriyama himself said that 17 has enormous potential and that his true power was never revealed? If you still have a problem with that. Well, brother, darkness must have got the better of you.

Even more interesting thing about 17 could be that for being an android he is supposed to have infinite ki reserve, giving him high stamina, so you could probably guess what level of training he could be doing with that. Now, some people were saying that 17 had no training partner, so how could he train hard enough to be that strong?

Well, many strong fighters prefer to train alone, like Vegeta mostly trained by himself for the majority of the time. Whis is like his first master. Case same with Piccolo and Tien, and haters will hate but Master Roshi secretly also continued his training all by himself. By the way, I have been getting some messages on my Facebook page, for those of you who don’t know. The Best place to reach me is on Facebook, simply search for The Fan Guy, and you should be able to find my page. So, I got this theory that perhaps 17 wasn’t training alone after all and that he was training with Vegeta. The basis of this theory is, 17 said to Goku, so you can transform like this too?

Since he said too, the theory uses that as a basis to establish the fact that he has been training with Vegeta, so he had seen that form before, and that is why he worded it like that. Maybe that’s why he was able to comfortably deal with SSB Goku, Well, I always like exceptional theories but in my opinion, 17 was just saying as in so you have another transformation apart from that Super Saiyan transformation, huh? I think that’s what he meant. 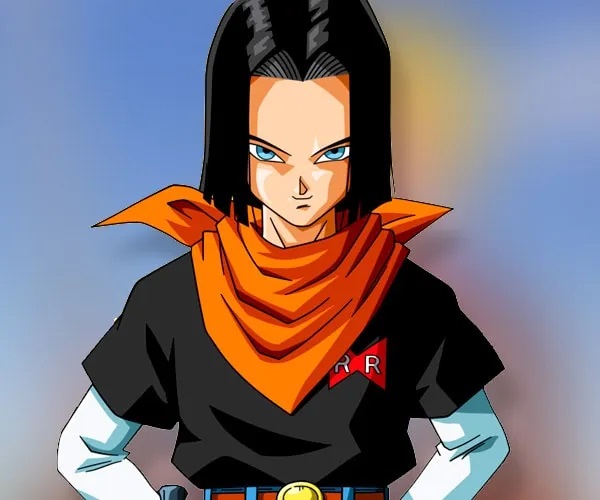 Anyways, even though 17 did have a huge power boost, and that can be logical. I just want to remind you that, it doesn’t necessarily mean he was able to go toe to toe with Goku. Goku is just testing his allies, not trying to defeat them. Also, he is giving more emphasis on outsmarting them instead of overpowering them, because that’s what’s more important in the battle royal. Otherwise, he could just overpower them, and some fans wouldn’t be so pissed off. Most DB characters, in general, perform better when they are serious or angry, but it’s especially true for Saiyans As their power is quite linked to their emotions when Goku gets angry or damn serious he is like totally a different and a person. We even see this in the Future Trunks Arc. So, Goku not being serious, Goku not having any intention to specifically harm them might be giving such outcomes.

By the way, whatever it is we should be happy that other characters are getting power boost, because honestly the show was getting overloaded with Saiyan action, and it was almost getting irritating. Dragon Ball as a whole is not only about Saiyans,. Superpower, Power Level, and transformation, it goes much deeper than that, and real fans who started watching it from the beginning will understand what I’m saying.

Yes, DBZ did create an ungodly amount of power difference, and if Super has to create some inconsistency to overcome that, I sure as hell will always make peace with, and I request you to do the same. Believe me, try to enjoy the show instead of being so negative, and you’ll love it for sure. Make sure to subscribe, and turn the notifications on. Also, I have a question related to my channel for you guys, hope you guys don’t mind me getting off-topic, do you think I should open a Patreon account?