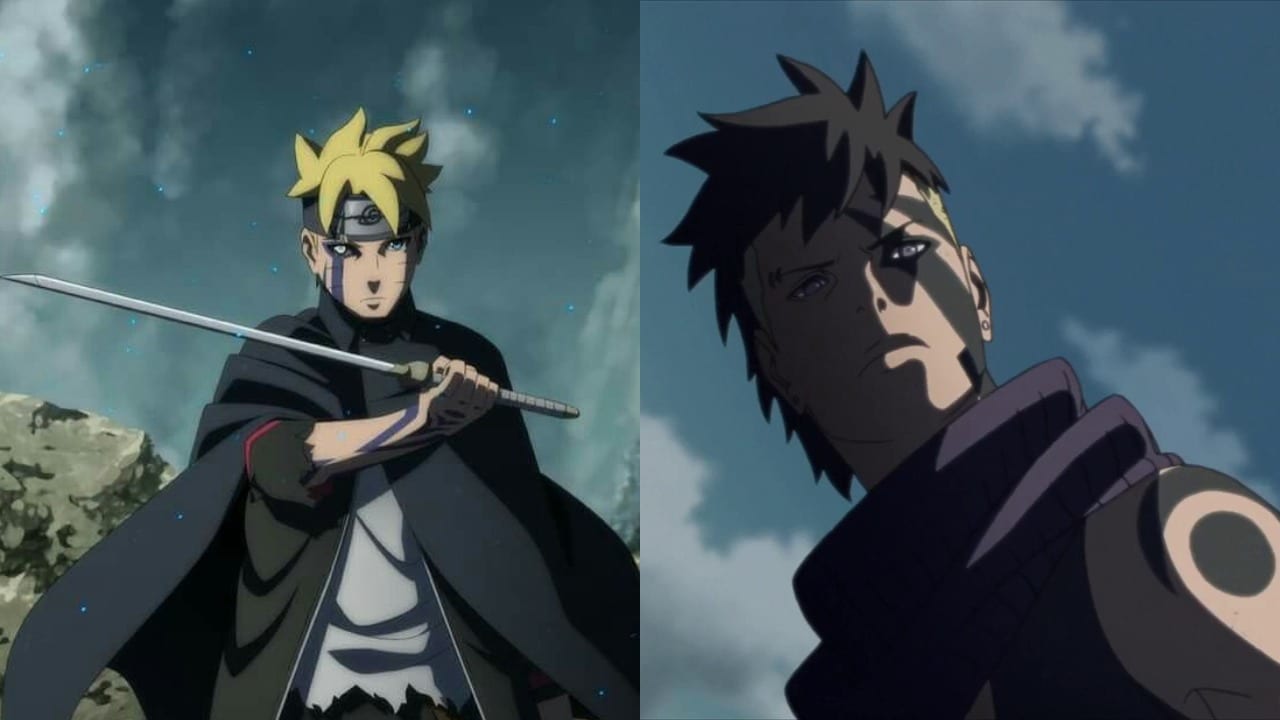 We have all seen Boruto and Kawaki’s Tattoos from the very first chapter and I’m sure we just took it as a normal thing. Since we have seen several Shinobi that tattooed themselves, then when we saw them we probably thought that it was just normal body art. Well, there is more to it than meets the eye. According to my findings, they could be linked to the greatest powers that we might later see in the Series. So let me make this simple and start with a logical explanation of how these guys manage to get these tattoos.

But before that let us first find out what these tattoos really are. From the Manga, that has been running for a while now. And some news, that has been circulating. It seems as if these tattoos glow when whoever wields them fights. Which simply means that they are more of a weapon, as they resemble power. Similar to Sage mode markings in some way. Even some colored images that comes with the manga had been showing similar things.

And in the Manga’s latest chapter. Just after his defeat by Boruto. Momoshiki mentioned something like a joke. He told Boruto that when a normal human defeats gods, he stops being Normal. Even myself at first I just took it as a plain figure of speech. It was Kind of confusing since he said it just after commenting on Boruto’s fate. So this is just a gateway to new powers and storyline. Momoshiki even displayed another ability where he momentarily stays around after he was defeated. Proving more that he is no ordinary Shinobi but a God as he said it.

Something Happened right at the end of the 11th chapter. Boruto’s arm was injured due to his final attack against Momoshiki. And it took some time to heal, where a plot changing event was revealed. This is where the root of Boruto’s next generations’ powers could lie. Immediately after he unwrapped his healed hand. He noticed a diamond-like mark on the palm of his hand which resembles a tattoo. If you try to connect this with what Momoshiki was saying then it makes sense.

It was at this point that Momoshiki’s saying was not just plain words. Which means that he knows of some powers that come through defeating beings like him. And that possession of a power that power is simply evidenced by the tattoos that Boruto and Kawaki have. It might be common knowledge amongst Momoshiki’s race since he told Boruto about it and later on, it Happened. Boruto was no longer an ordinary Human.

The same applies to Kawaki’s case. He had probably defeated one of Momoshiki’s race somewhere which granted his powers and the tattoos he has. The power might need some time and training to adapt to the user’s body. Of which the tattoo responds by growing along with the hand. This is a theory I managed to come up with due to the events that have been happening. Connecting it to what happened in the first chapter then it makes much sense. Since the mark is on the same hand that Boruto’s Tattoo was on.

This means that whenever an Otsotsuki clan member is destroyed, the destroyer gets this power in return. And if you are wondering about Kaguya’s case, she was not defeated but just sealed away. Meaning that she is still alive in the rocks that she was sealed in. Basically Momoshiki is the only known Otsotsuki member to be defeated in battle. Which explains why this power didn’t exist somewhere before. This is simply it guys, I hope you found this interesting.  Please do share it with your friends. Got any comments? the comments section is open!