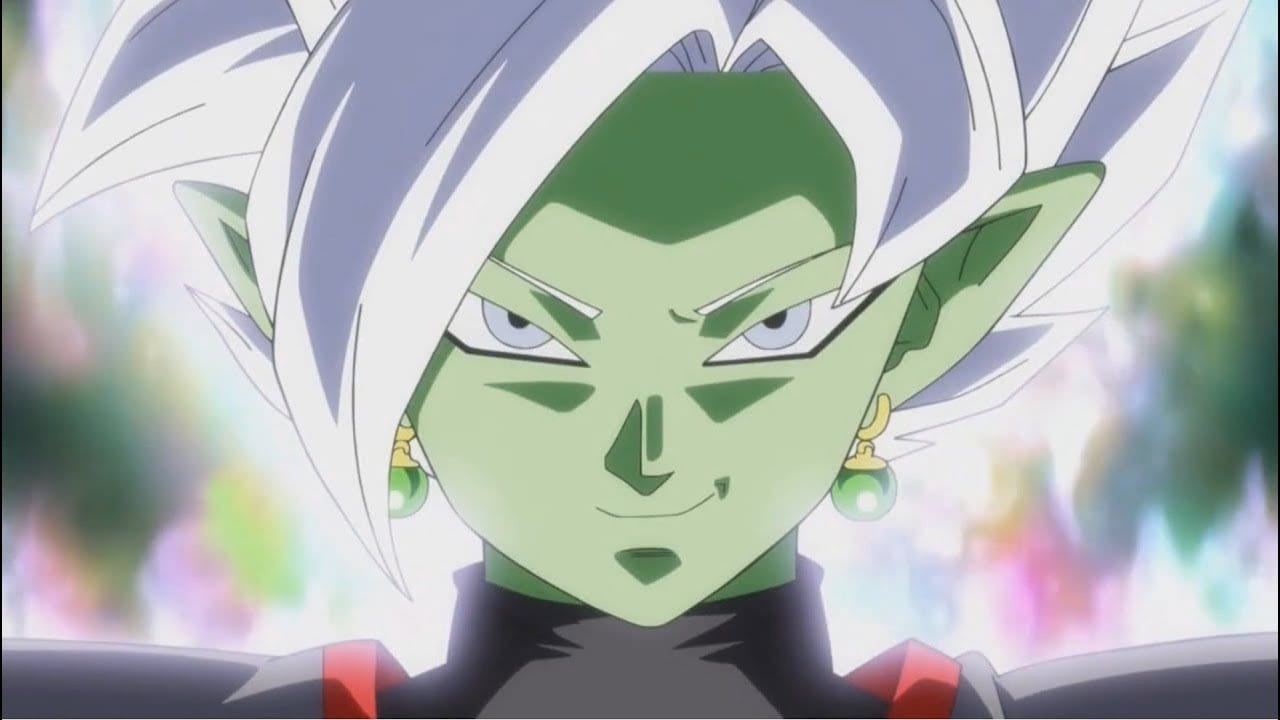 In Dragon Ball Super Episode 47, Black Goku made his terrifying debut in the series by killing Future Bulma and Mai from what has been implied till now. However, from the preview of Dragon Ball Super episode 48, we know Future Trunks successfully managed to escape from the hands of Black and returned to our timeline.

However, the eventful episode didn’t contain any information regarding the origin of Black Goku. But, here’s one shot from the new electrifying intro of Dragon Ball Super that caught my attention. A Green Kai that we have never seen before has been teased.

Just to make it clear his name isn’t ‘Green Kai’. But till they mention the name I am going to refer him as ‘ Green Kai’. He also made it to the cover of the new intro along with Black Goku, Future Trunks, Mai, and Goku.

Pointing out that he is going to be an important character in this arc. Theories have been going on for long regarding Makaioshins or the evil supreme Kais from the demon realm. This is a concept Toriyama expressed his interest in expanding upon but didn’t maybe till before this.

Basically, Makaioshins are the opposite of Kaioshins they are by nature evil and worshipers of chaos. Obviously, they would go against the gods and kaioshins. The theory seems even more valid because Toriyama said that this arc is going to involve The Gods Of Destruction, the kaioshins, and even the Omni-King.

We know the kaioshins are nowhere near the level of Omni-King so them being involved in a power fight scenario would make no sense.  But if there are Makaioshins who are causing troubles throughout time and space. Then the battle might not necessarily be power-related. The solution might not be destroying them. In that case scenario, Omni-King wouldn’t kill them even though he can because it would shatter time and space. So the Kaioshins would be required for building strategies and providing experience-based knowledge since the trouble we would be dealing with would be their exact opposite.

Also, Toriyama said he primarily wanted to give White Hair to the God transformation but later gave Blue because it would cause a color clash with the next enemy. And guys we are now in the next arc. From what has been established till now, the apparent enemy is Black Goku who doesn’t have any ‘White’ colored feature or anything that would clash with White.

But then in the intro, we see this Green Kai and he has White Hair. So, though we don’t know if he’s evil or good all these kinds of add up hinting that he has a great possibility of being an evil character. And might as well be the real antagonist and the mastermind behind Black Goku. Maybe he is the one controlling Black Goku. And His ultimate target is to cause chaos surpassing the bounds of space and time.

What could possibly be his motive?

In episode 47, Beerus confirmed that originally there were 18 universes. The Omni-King destroyed 6 of them because he was slightly pissed off! So what if one of the destroyed universes was of this Green Kai. He somehow escaped maybe perhaps time traveled using dark powers and is now seeking revenge. In the process, he somehow realized that Goku’s body is the best for this type of purpose and decided to use it. By the way, a moment of silence for all the Dragon Ball low-balers who said Omni-King can’t really destroy universes.

As in the universal tournament, we also saw a U6 Kaioshin who also had Green skin and White Hair. This arc has been promoted to feature a universal war. So characters crossing between universes are quite possible. I also think the Makaioshins or some evil beings have some dark powers using which they can do Time traveling. Galactic Patrolman Jaco did mention time travel is illegal, hinting others can do it too.

There’s also a theory that they might introduce a Dark Ki or Demon ki as a counter of Godly Ki.  As you can see in the intro Black Goku is charging a Kamehameha surrounded by Dark Aura. Also in the preview, we see a dark aura around Black Goku.  This Dark ki would work well against God ki. And might also possibly allow things like time traveling which is normally illegal. But the concept of Makaioshins and Dark Ki or the demons is to break the law. So maybe that’s how Black Goku will reach the past.

That arrives in our timeline. Overall there will be a situation as such that killing them won’t be the solution. They would start a strategy war binding time and space along with them. Thus, characters like Omni-King even though having the ability won’t be able to destroy them directly rendering our fighters the ability to play their roles.

However, having all that said. From the looks, I personally don’t think Green Kai would be the mastermind pulling all the strings. He looks too simple and weak. But I do admit he has a creepy vibe. Just look at him, looking out the window like he loves to see the world burn. There’s something weird with him for sure.

But it could turn out to be exactly the opposite of what we are currently thinking. He might actually be a good guy or friend from the future. He might be the one who actually brings us the origin story of Black Goku and help us to stop him. In design, he is quite similar to ‘The Kaioshins’. And not exactly the type of character design you would expect to see in a Makaioshin. If he is an evil guy it would be kind of like a good guy turned evil type of situation probably due to the earlier mentioned universe destruction scenario.

He surely looks mysterious and I am eager to find out more. But I just hope he is not the one behind all the chaos. I would love something more unique and different.

What’s your opinion? Let me know in the comments section down below.