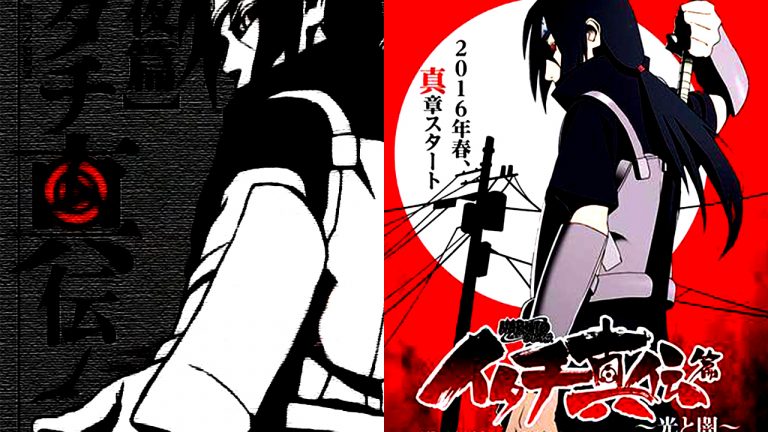 Recently, it was announced that Itachi Uchiha would be getting his Shinden novels, Lightness and Darkness, animated into a possible series of episodes or movies. Itachi Uchiha is the older brother of Sasuke Uchiha who defected from the Leaf Village after killing his own clan. As we find out later, Itachi did it for the good interest of Konoha sacrificing everything he had for his village. The emotional story of Itachi Uchiha earned him a large number of fans.

TV Tokyo revealed that they will be making some anime episodes on the story of Itachi Uchiha taken from the Light Novel, Itachi Shinden.

This first trailer was shown at Jump Festa 2016. It isn’t of long duration. This could be a short commercial that they may use in ad breaks on TV Tokyo. It suggests that it could be about Itachi’s life from start to finish (and maybe even after that). This series will begin in Spring 2016 and we are all excited!

This post was published by a contributing author, we are constantly looking for more authors so be sure to get in touch at Team@otakukart.com. I’m sure you won’t regret it as your posts will be seen by countless otakus worldwide.