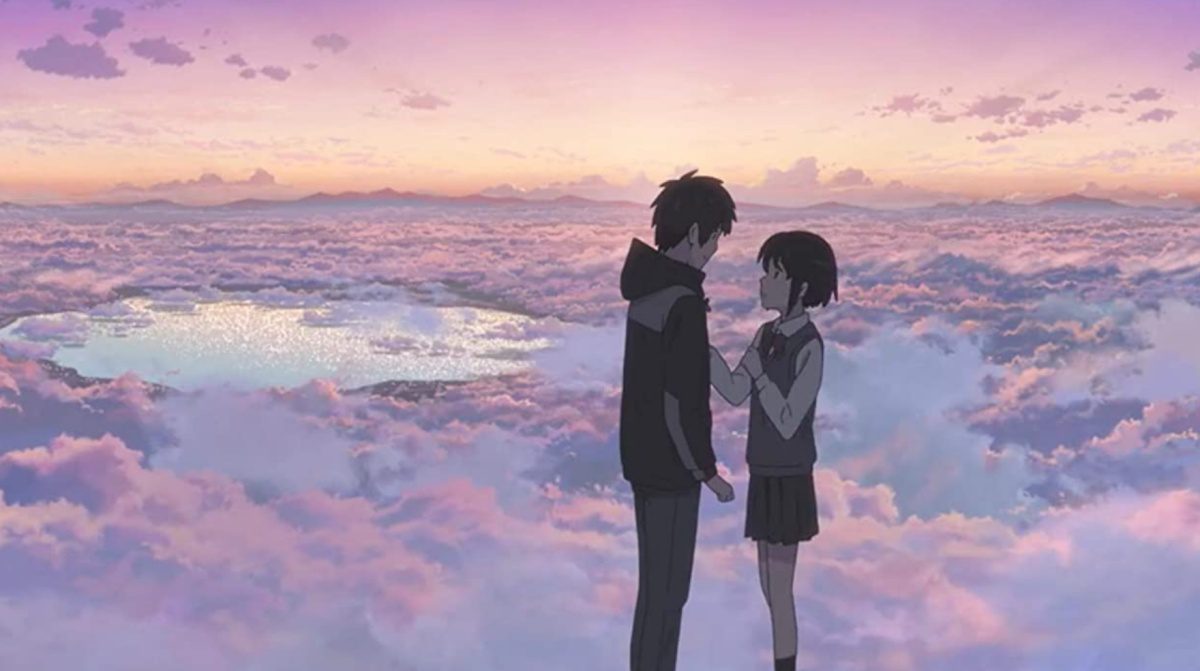 New Year’s is an auspicious event. As we welcome another new year, we welcome new opinions, a new look at life, and a resolution to bring about good changes. Who doesn’t deserve a little break on new year’s eve from all the stress and pressure that life brings for free? As we walk into another chapter of our life, we celebrate differently. Sure, dancing all night sounds like a good way to enter another year but trust me when I say this, a lot of us prefer staying in and binging our favorite anime show. In fact, with the pandemic all around us, why not find a good anime to watch on New Year’s Eve to sit and enjoy with your family?

I bet the ideal plan of any sane person would be to relax. People do not want to face negativities and take ahead only the positivity of the previous year. So seek out the most relaxing shows filled with humor, love, and optimism. A good first day might not mean a good year, but it definitely develops a good level of confidence in the heart. So grab onto your favorite people and cuddle together to experience a great anime before the clock strikes midnight on New Year’s Eve. Here are some anime to watch on New Year’s Eve so that you can relax and have fun with your people.

Who wouldn’t like to start their year with laughs? If your idea of a good New Year’s Eve is sitting across a flat-screen, laughing off to silly humor, you should check out Mahoujin Guru Guru, an anime that is goofy and hilarious. The anime’s sense of humor is an absolute killer. It goes around mocking its own content. The protagonists wish to save the world, but things do not always go as planned. But funny is not all it has got. The characters in the anime are significant and share a deep bond. They display adorable chemistry that radiates cuteness to people watching them. Mahoujin Guru Guru is an enjoyable and entertaining anime to watch on New Year’s Eve. 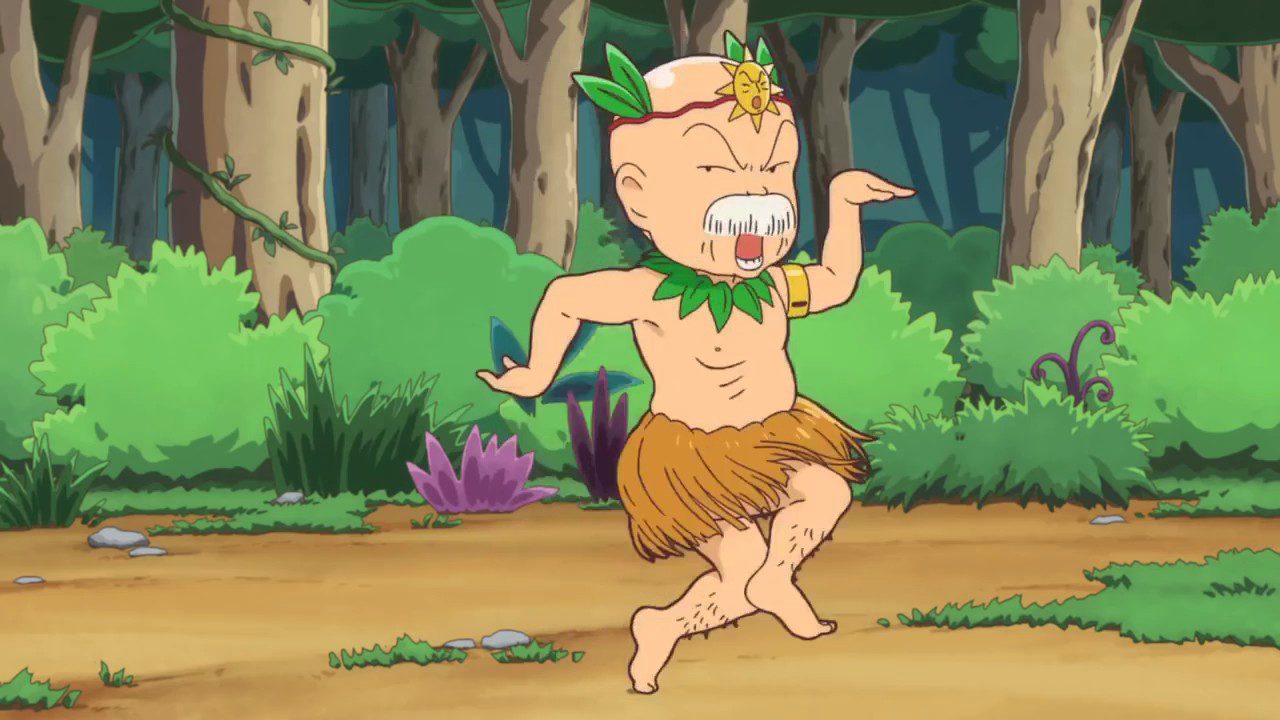 Sometimes all we need is a little cuteness in our life, said some random tweet once. So why ignore cute girls being absolutely adorable on New Year’s? From Kyoto Animations, K-On introduces moe arts and follows the story of some girls who join the music club. Each episode brings forth an amusing amount of events. Although it is a music genre anime in writing, do not expect detailed notes about the music. In fact, do not expect anything deep from the show except adorable comedy. It is almost random at times, but you would often see our favorite girls drinking tea in their club room. 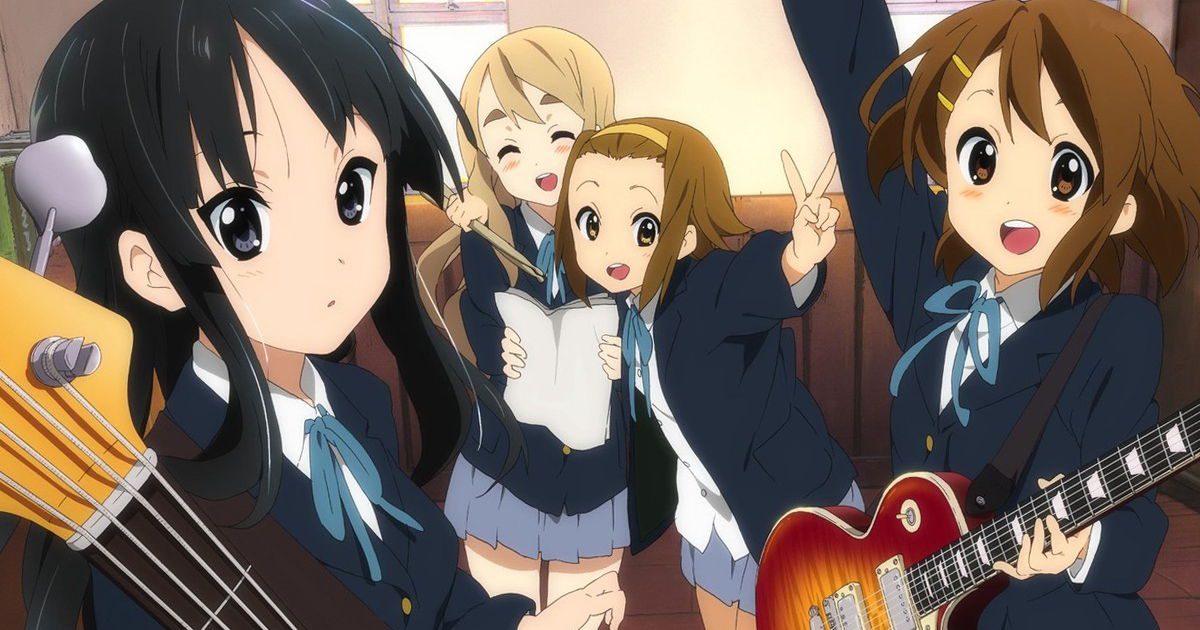 Yet another comedy anime, Gakuen Babysitters, revolved around some of our favorite things: chaos, cuteness, and babies. Why is it a good anime to watch on New Year’s Eve? The answer is simply, it’s sweet and boosts our serotonin. There are several scenes that will make your heart melt. Little by little, the show introduces new interesting characters. The teenage babysitters have a full blast of adventures with the babies. Gakuen Babysitters is relaxing and fun to watch. I see it as an anime that makes me very happy. It is chaotic, but by the end of the day, it leaves a peacefulness to admire.

Kono Oto Tomare is one of the most serene shows available. The show is filled with romance in a poetic sense more than the literal. Kono Oto Tomare is a music genre anime, but its plot is so much deeper than high schoolers playing the koto. Through music, the characters help each get rid of their insecurities, fear, and dark pasts. There’s a lot of in-depth meaning in its scenes. Kono Oto Tomare is an ideal anime for a new year, beginning with several beautiful pieces of music that will speak to you through the notes. This is a great anime to save for your new year’s watchlist. 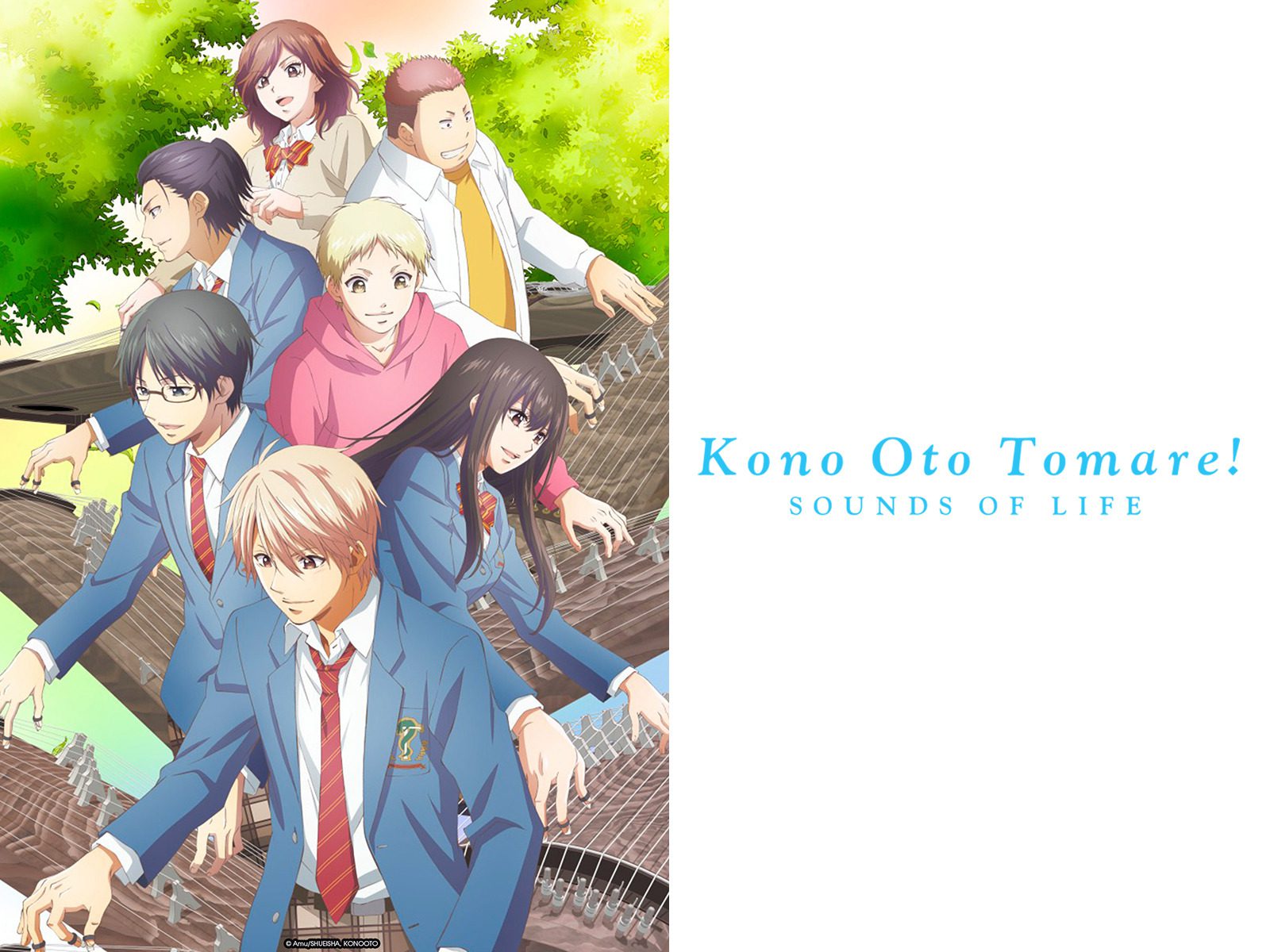 Hyouka is yet another great anime to watch on New Year’s Eve. It’s mysterious but loaded with so many great slice-of-life moments. This is an anime that can be enjoyed by everyone irrespective of whatever genre one prefers in general. Hyouka is an enjoyable anime with some of the best characters to have ever been created. It’s a mystery anime set amidst a cute art style. The bond between its characters is completely wholesome. Every character plays its part perfectly and blends well with the story. Hyouka is an amazing anime in many ways but remains highly underrated.

Life Lessons With Uramichi Oniisan is all about the tough reality, although it has been portrayed in a comedic style. The vast differences between childhood and adulthood are called out loud and clear without any hesitation. So why are we recommending an anime with such a dull and depressing premise to watch on New Year’s Eve? The Uramichi Oniisan anime comes off as quite relatable to the working class society. No one is really as cheerful or innocent as they used to be. There’s a dark and depressing thought process always lurking in the back of our minds. However, Uramichi Oniisan continues to give away a good feeling to its viewers. Every episode comes with a lesson and an optimistic touch to it that even when everything is going bad, there are always some good things to look forward to.

The development of Re: Life is quite interesting. It does not let its viewers feel bored and keeps them intrigued by the different aspects it brings along, be it character development or whatever else. This is a pretty enjoyable anime but has a deeper take on life. Its characters are very well created and can get attached to you pretty quickly. They are relatable at times, but most importantly, they have absolutely adorable personalities. The anime lets its viewers experience a versatile amount of emotions.

At times it would make you feel happy, and at other times it may even make you cry. An anime with so many emotions sounds pretty much like the perfect anime to binge on New Year’s. Re: Life talk to the part of the audience who wish to relive their past once again. As it concludes, it answers why it is, or it is not a good idea.

Slice of Life anime shows are barely ever done as right as Anohana. Romantic and cheerful anime, Anohana is one of the most perfect anime to watch on New Year’s Eve.  It brings back good memories of friendship and love. The feeling is refreshing. As time passes by, friends drift away, and I bet it has happened to all of us. Anohana takes this concept and turns it into a beautiful story that speaks out loud. The art and animation within the show is another positive note of the show. Adding up to it is the beautiful concept art of the anime as it depicts the various sections of Japan that the story is set in. Anohana is an amazing anime that will steal your heart and mend your broken soul. 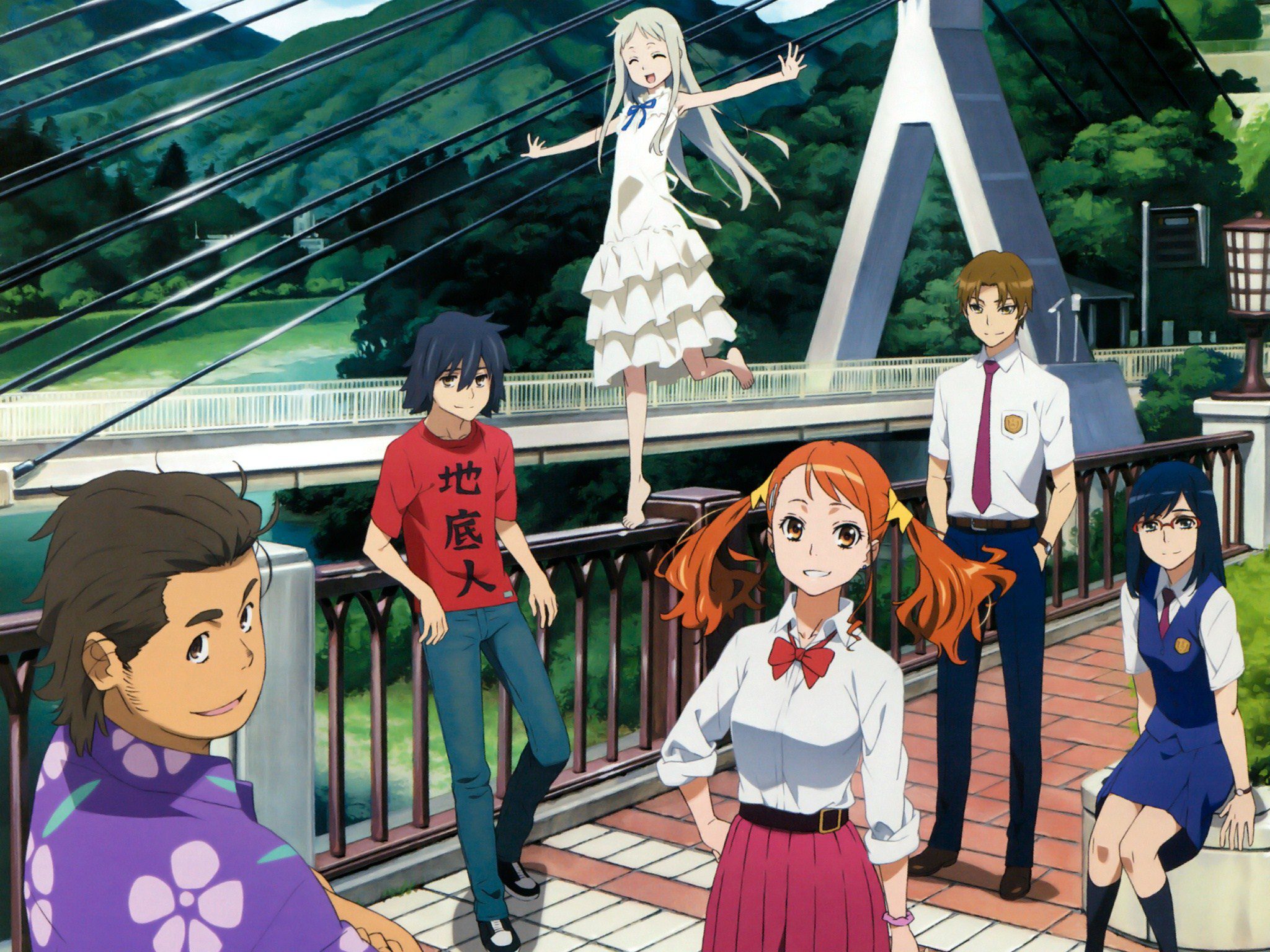 New Year can be spent binging an entire series or gazing into a good movie. Your Name belongs to the latter category. Makoto Shinkai’s works have barely ever disappointed us. However, when we talk of Your Name, we address the very best among his works. The anime has long been a favorite to many. Its entire plot is built with uniqueness and sprinkled with a little bit of magic which beautifies the essence of the show. Your Name in no way will ever disappoint you. As a matter of fact, it looks like the perfect watch to start a new year. The story is optimistic and heartwarmingly romantic.