Uramichi Oniisan/Life Lessons With Uramichi Oniisan is a dark comedy, slice of life anime produced by Studio Blanc. The manga of which is written by Kuze Gaku. He is fairly new in the game and has already published 3 mangas, the third one being Uramichi Oniisan. The previous 2 mangas aren’t doing that well, but Uramichi Oniisan is doing quite well and already has an anime. Currently, the anime has 9 episodes out, and it is ongoing, so we can expect more episodes, possibly seasons. In this article, we would be talking about anime to watch like Uramichi Oniisan.

Uramichi Oniisan is a dark comedy, a slice-of-life anime that follows the story of Uramichi Omota. He is a 31-year-old former professional gymnast who now works as a host on the children’s show ‘Together with Maman’. On the show, he follows an exercise regimen for kids. Despite his cool, friendly character on the show, in real life, he is quite harsh, dark, and depressed on facing the challenges of adulthood. He sometimes even breaks his character and tells kids something about the very depressing side of growing up.

On the show, he works with two of his juniors who dress like rabbit and bear, their mascot. Also on the show are two singers, Utano Tadano and Iketeru Daga. Utano is a woman whose only wish is to get married; Iketeru is a handsome man who has a crass sense of humor, and he cannot read the mood of the room or the time from his analog watch. Together, they try their best and work hard for the show. Now, it’s time to look at anime to watch like Uramichi Oniisan.

Also read: What To Expect From Life Lessons With Uramichi Oniisan Anime?

‘Wave, Listen to Me!’ is a comedy, romance, drama anime by studio Sunrise. This anime follows the story of a girl named Minare Koda. Minare is a restaurant worker who has been through a bad breakup and is heartbroken. On a night out, she was completely drunk and ranted her misery to a stranger called Kanetsugu Matou, who is a radio station director local to Sapporo. The next day at work, she is shocked to hear the recording of her from the last night. Embarrassed by this, Minare rushes to the radio station and confronts Matou. While talking to him, Minare is coerced into giving an impromptu talk show, explaining her drunken speech. 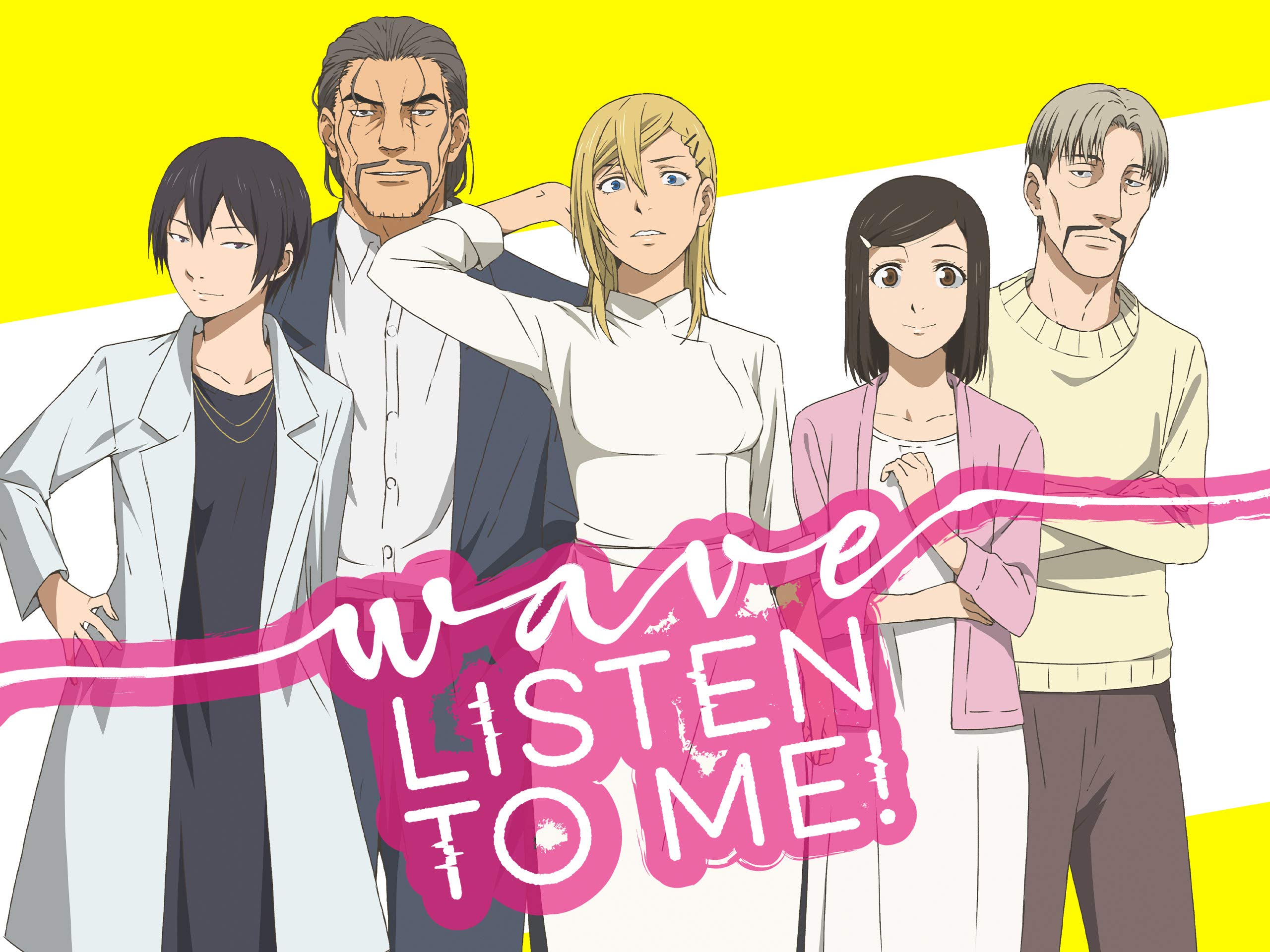 Wave, Listen to Me!

With her energetic voice, she smoothly delivers every dialogue without hesitation. Matou recognizes her talents, and she soon becomes a late-night talk show host under Matou’s direction. Uramichi Oniisan and Nami yo Kiitekure are very similar in terms of the comedic aspects of the storyline. Both of them have pitiful main characters who are tired of their jobs. Wave is a comedy with good and mostly clean humor, whereas Uramichi Oniisan is a dark comedy anime that emphasizes more on struggles of growing up.

Gintama is an action-comedy anime that revolves around a guy named Gintoki Sakata. As aliens invaded Earth, they took over Japan and subsequently put a ban on swords. As a result, samurais were treated badly. However, there was one man who still had not given up on samurai ways. Accompanying him in his work are Shinpachi Shimura, Kagura, and Sadaharu, a pet dog who is enormous. These odd jobs are not always as simple as they seem. They frequently run into police, rebels, and assassins. These encounters oftentimes lead to humorous and unfortunate scenarios. 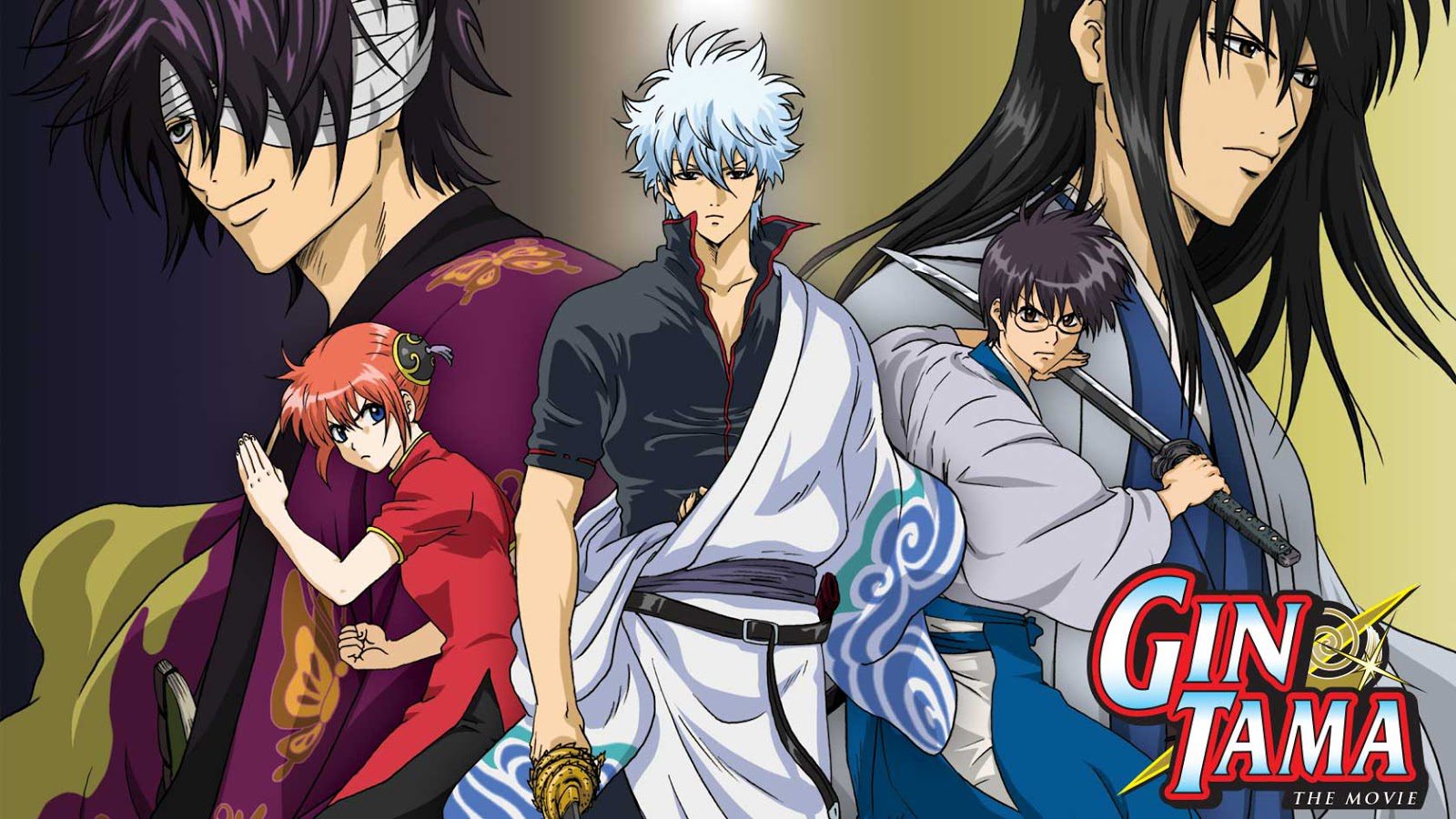 Gintama is mostly humorous, but it does have its fair share of serious and story-altering moments. Just like Uramichi Oniisan, this anime also has dark humor in it, which effectively goes well with a light-hearted discussion. Gintama does have a fair bit of parody scenes in it.

Also read: What To Expect From Gintama: The Final Movie?

3. The Disastrous Life of Saiki K.

The Disastrous Life of Saiki K. is a comedy, slice of life anime. The story is about Kusuo Saiki, who has psychic abilities. One might think that psychic abilities might be a blessing for him however, this isn’t true. Saiki has been gifted with many supernatural abilities like telepathy and x-ray vision. Although he finds these abilities to be a curse. All that he aims for is an ordinary, hassle-free life. And the life of a psychic is far from quiet. Saiki tries hard to keep his powers secret from his classmates but, he ends up attracting the attention of many odd characters, such as Riki Nendou and Shun Kaidou. He comes to learn that the ordinary life that he has been striving for is too difficult to achieve than what he first perceived. 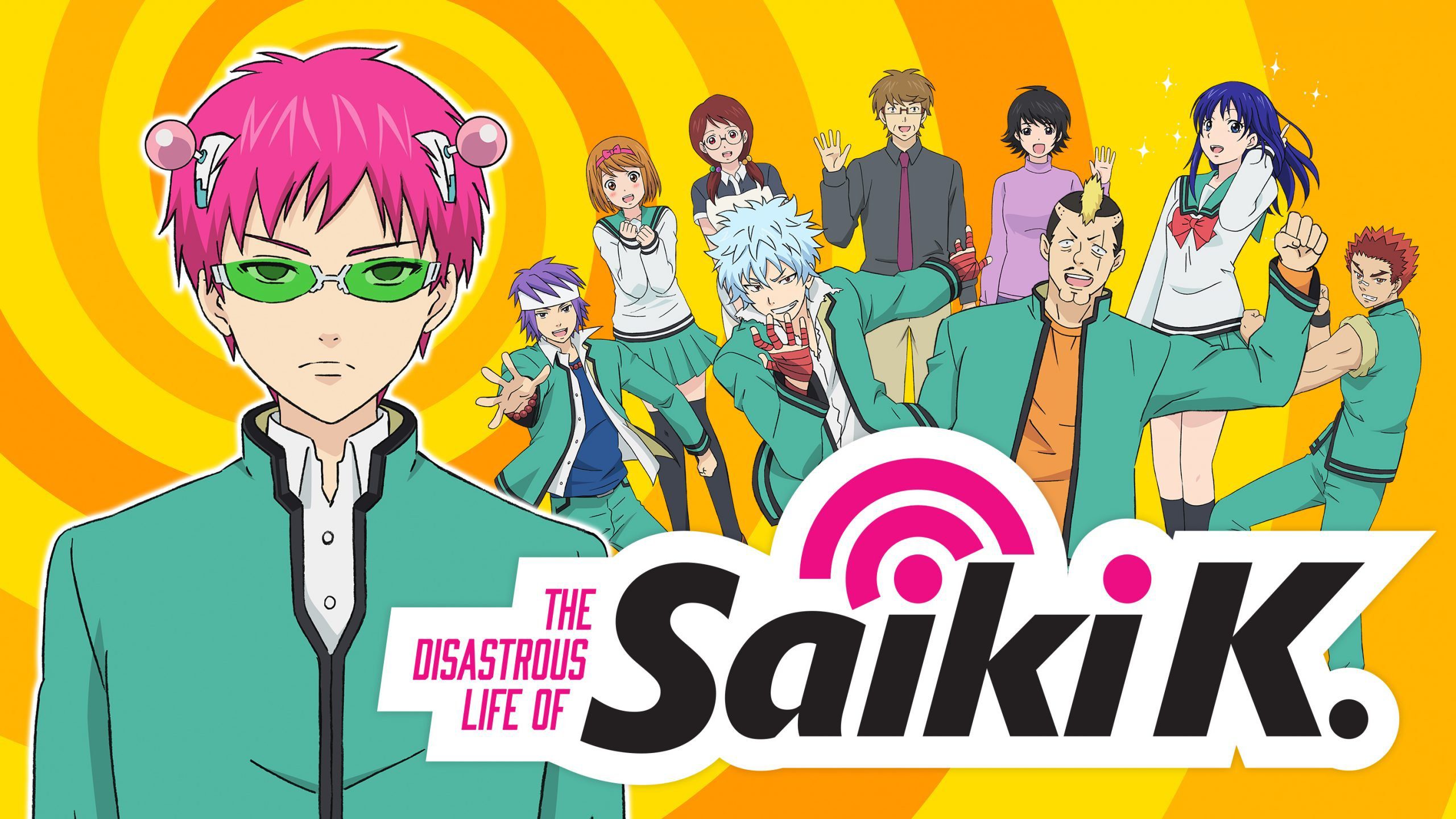 Just like Uramichi Oniisan, this anime also has elements of dark humor. The main characters are dark and mostly depressed with their lives. The adventures become fun when you have someone to ride along with you. But what if the companions themselves are idiots and are rarely useful. Along their adventure, they meet many uncommon folks.

4. Arakawa Under the Bridge

Arakawa Under the Bridge is a comedy, romance anime. The story is based on Kou Ichinomiya, who is the son of a wealthy businessman and holds a firm belief in not accepting help. With those beliefs in mind, he avoids becoming indebted to anyone. One day, some mischievous kids stole his pants on Arakawa Bridge. He ends up falling into the river and starts drowning. Luckily for him or unluckily, a girl saved his life and is now indebted to her. The girl is a stoic, tracksuit-wearing homeless girl known only as Nino. She lives in a cardboard box under the bridge. The only thing that she wants is to fall in love. She asks Kou to be her boyfriend, and he is indebted to her, so he can’t say no. He then moves out of his luxurious apartment to live with Nino under the bridge. 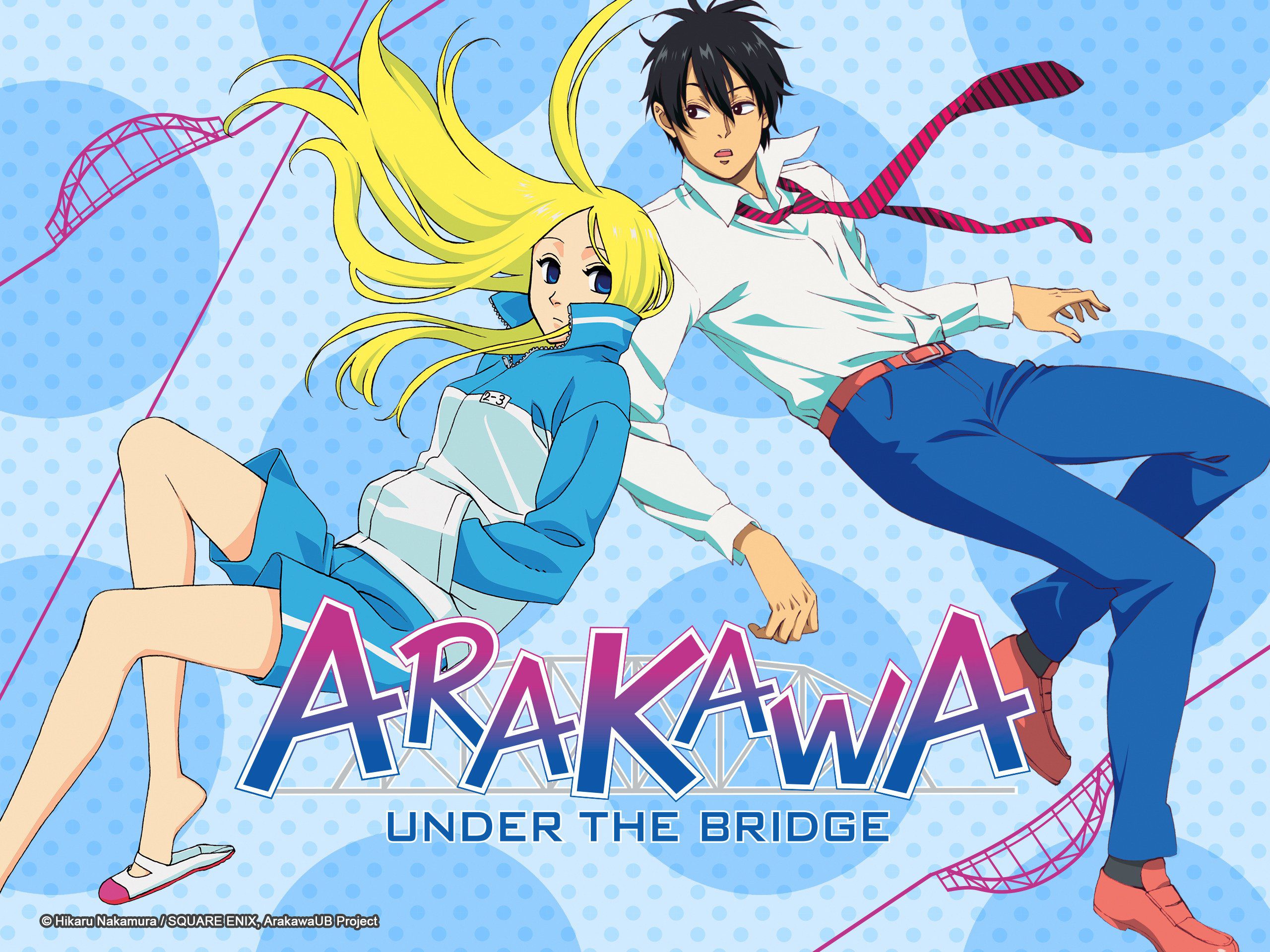 If you enjoyed those eccentric characters in Uramichi Oniisan, then you are sure to love this one too. Arakawa Under The Bridge is filled with various characters. And some of those characters have adult problems to deal with. The main characters in both the anime are helpless. Dark humor can be seen in this anime too but not to a greater extent. But definitely, this anime is hands-down funny.

Also read: Anime Like ‘Kakegurui’ That You Don’t Want To Miss!