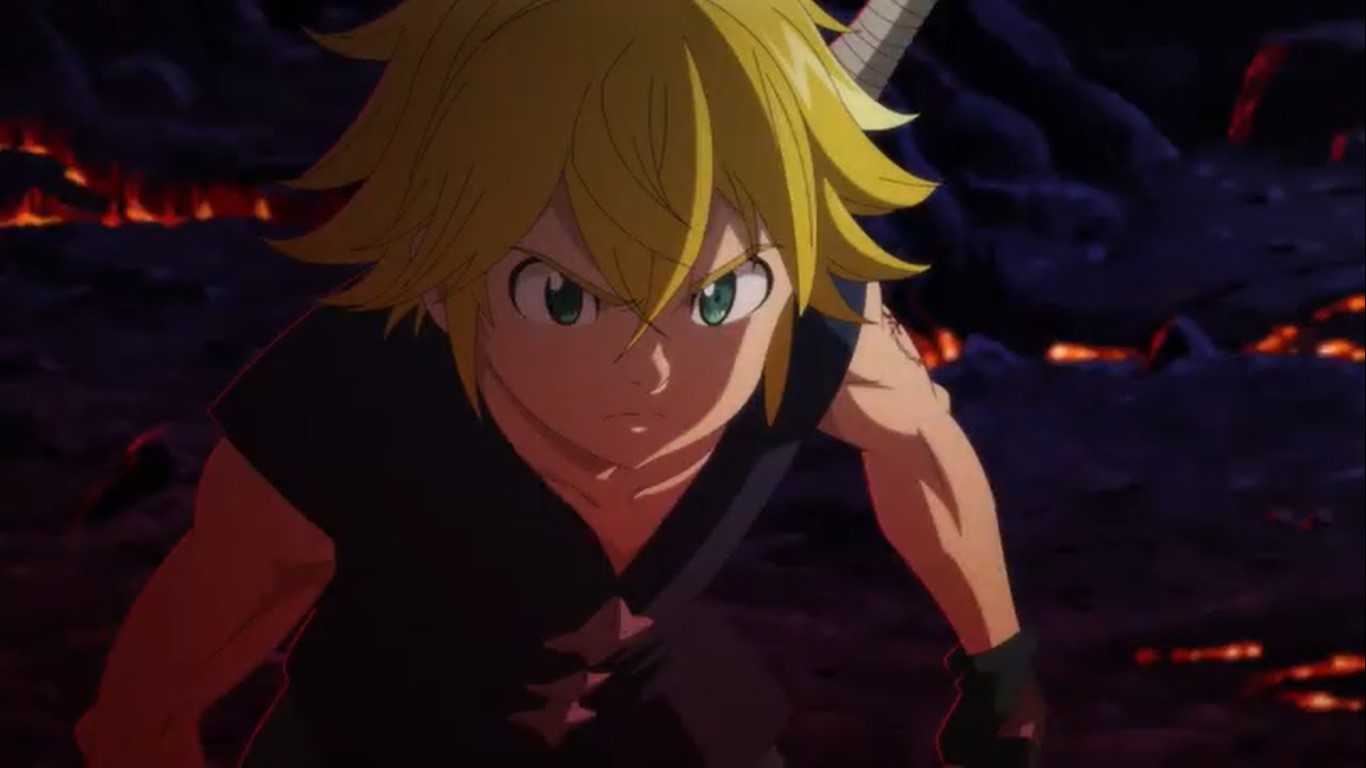 Meliodas finally discovered the demon lord’s weaknesses in Seven Deadly Sins Season 5 Episode 8 when he tried to get back to the real world. This week saw the holy war entering its peak with everyone now back in the fight. In the previous episodes, we saw Gowther’s magic activating, but that backfired and ended up with Estarossa, later revealed to be Mael, trying to kill everyone. But now, things have finally settled, and Mael joins the seven deadly sins in their last battle.

Ban also made it back safely and intended to rescue Elaine before he can rejoin his comrades in the final confrontation with the first demon. But now that we know that Meliodas and Zeldris have aligning interests, it’s not clear why Melidoas is fighting with the angels. But Zeldris and Melidas seem to have a complicated deal, so we won’t know for sure until Meliodas returns.

This might be as early as the next episode has Melidas has finally awakened his true powers and even defeated the demon lord. Ban has made it to Elaine just in time and has traded his immortality for Elaine’s life, so Ban will rejoin the deadly sins soon. The first demon seems too powerful because now Zeldris only spectate while Chandler and Cusack fused into the first demon.

Merlin and her group now stand before the first demon and will be fighting it head-on. Before they could be fused into the first Demon, Chander Cusack and Zeldris hardly stood their own before Merlin combining her spells with Escanor. Seven Deadly Sins Season 5 Episode 5 broadcast next week with more developments. The episode will be available for streaming on Netflix but for limited regions. 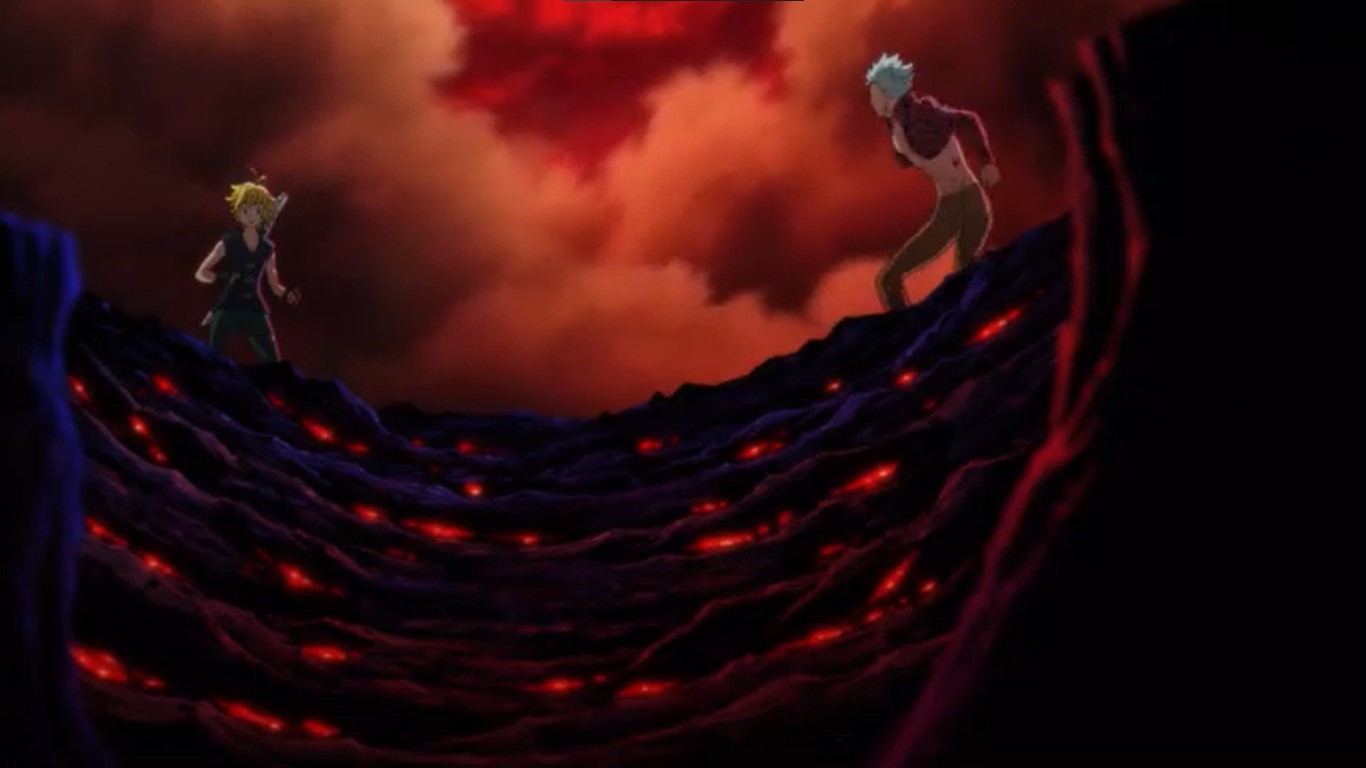 Meliodas and Ban finally stand before the demon lord, who guards the way back to the real world. And just as we expected, they stood no chance of winning at first. It took them over 68 years of fighting in Purgatory to finally discover the demon lord’s weaknesses. But since time flows differently in Purgatory, this only amounts to few hours in the real world. They also took Wild along with him, but it was not until his sacrifice that they could find an opening to sneak through the demon lord.

This was still not enough for them to make a clean escape, with the demon lord reaching out for Melidas on his way back. This managed to awaken his latent powers and finally for free from the demon lord’s shackles. Ban was no longer around to witness this since he left Meliodas, still fighting the demon lord. But he seems to have a lot of belief in Melidoas and believes that he will make it back to the real world no matter what.

Ban arrived first in the real world and rushed to rescue Elain. Meanwhile, together with Mael, the rest of the sins headed to where the first demon was before it could go on a rampage. Escanor and his group seem to be running out of strength. But they can hold their own unit. Mael and his group come to their rescue, and we will likely see that in the next episode. Ban managed to save Elaine at the very last moment, so this will mean their side of the fight will be settled soon. Then Ban should be joining the fight against the first demon soon. Meliodas has finally made it back to the real world, so he should make his appearance next.

Meliodas Appears From His Slumber

With many powerful characters appearing in the same place at once, this would mean that the first demon is truly powerful because only Zeldris and the first demon remain as the last man standing before the seven deadly sins who proved to be too powerful. Meliodas has also awakened his latent powers, so he should come back more powerful than ever. Mael, who has also regained his consciousness, is on his way with King, who has also awakened his true powers.

Now with all these individuals gathering in one place, we could only wonder what kind of a final confrontation this one will be. But the season is still at its early episodes, so there might be still more left to tell. So, for now, let’s look forward to what will happen next when Meliodas finally awakens with his true powers. More updates on our weekly anime guide: anime news updates.