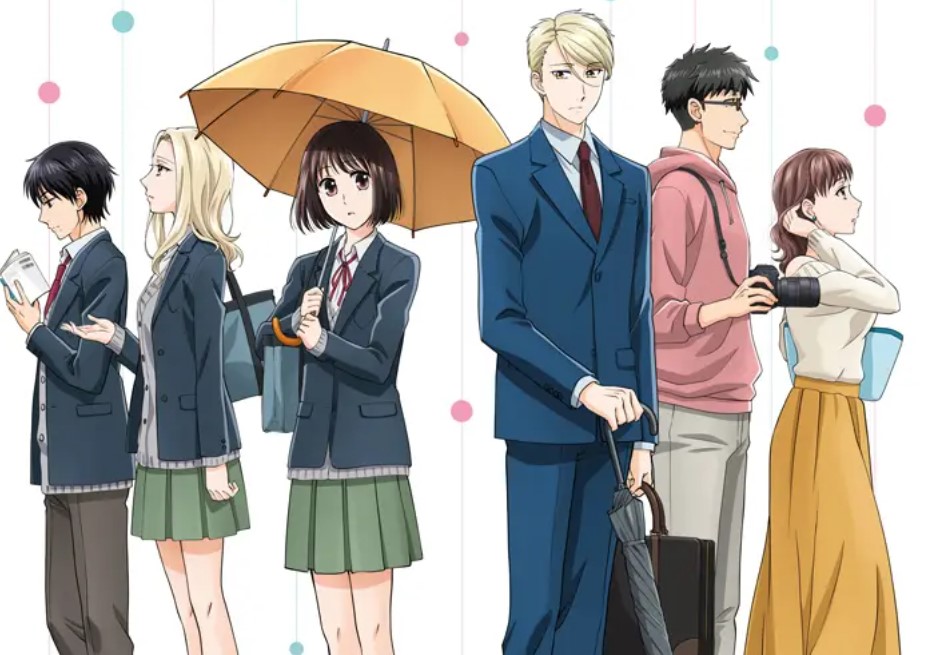 Koi to Yobu is a rom-com anime that follows the love story between Ryou and Ichika. Ichika felt that their relationship is not balanced since Ryou is a businessman and still attends school. Let’s find out how the love story between a schoolgirl and businessman begins and how it concludes. Their love story begins at a train station where Ichika bumps into a strange guy who was collapsing. Ichika uses the hook of her umbrella to drag Ryou from falling. The two didn’t know each and Ichika helped the guy from his hunger.

Ichika left the man alone eating her food, and Ryou wonders who that girl saved him. Later Ryou heads home, and the two get surprised when they find that they have met earlier. Ryou realizes that Ichika is Rio’s friend and Ichika realizes that this is the guy she saved from starving to death. The two begin to know each other, and they are Amakusa Ryou and Ichika. Rio decided to head out after receiving a phone call. Ryou begins to propose to Ichika with cheap tricks, but he ends up liking her attitude.

Ryo talked about kissing Ichika, and she scolds him for that since they are meeting for the second time. Ryo got impressed by Ichika’s style and realizes that Ichika is different from the other girls that he met in his life. When Ichika arrives at her home, she finds love gifts from Ryou, and her mother told her that this Ryou guy keeps on sending love stuff to Ichika. Ichika gets angry that Ryou keeps on sending her things. After a few weeks, Ichika confronted Ryou’s sister Rio and told her about Ryou’s doings. Rio reveals that she gave his brother Ichika’s address since she keeps on bothering her about Ichika.

Ichika told Rio about her mother’s complaints towards Ryou, who can’t stop trying to get her. Ichika’s mother also told her daughter about the chocolates and roses that he keeps on receiving. Rio replies that she got tired of being a messenger, giving her brother Ichika’s contacts and home address. Rio asks Ichika to date her brother after praising Ryou and how handsome he looks. Ichika is not aware that Ryou is a ladies’ man who falls for every woman that passes near him.

The two decided that they will talk with Ryou and stop him from chasing Ichika. But Rio knows that Ryou won’t stop until he gets what he wants. Later in the evening, Ichika is surprised to see an unknown number calling her. When she picks up, she finds that it is Ryou and scolds him for chasing her. Ichika told Ryou to stop bothering her, and he must not call her again. Ryou replies that he fell in love the first day he saw her, and he can’t stop his feelings. He told her that he could insult him as she likes, but he won’t stop. 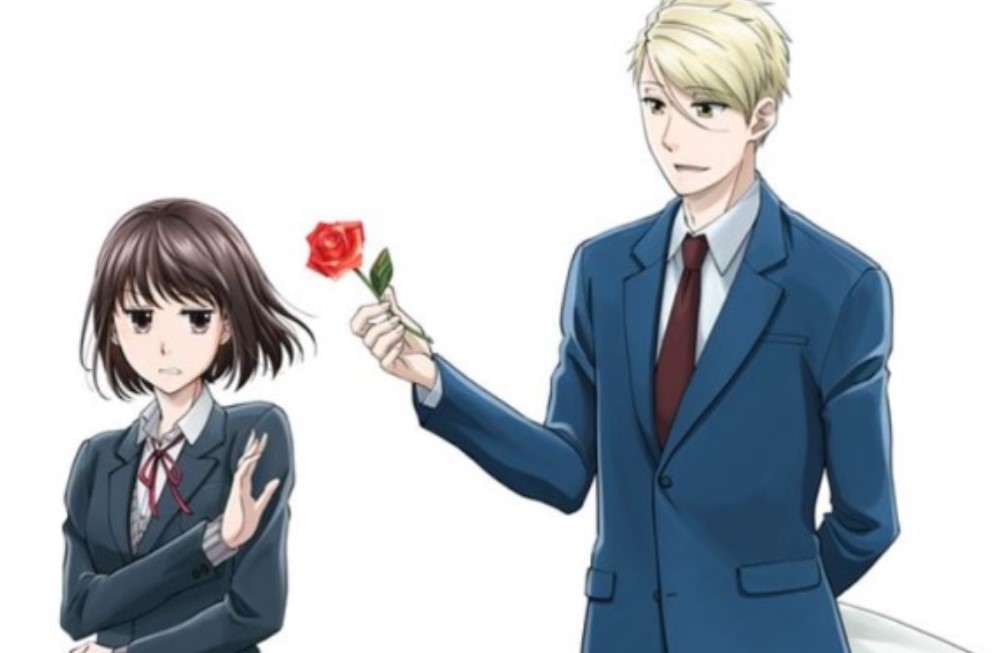 A Successful Relationship Between a Businessman and a Student

In the morning, Ichika is surprised after receiving a bouquet and realizes that it is coming from Ryou. Her mom compliments Ryou for everything that he is doing for Ichika. Ichika told her mother that it is not what she is thinking. Later Rio invites Ichika from her house while Ryou hangs out with his friend Masuda at the bar. The two talked about Paris, and Masuda brings Ichika’s topic. Ryou admits that he loves the young girl since she has brought changes in his life. Masuda thinks that Ryou is falling in love with Ichika since he has never met a girl that has Ichika’s character in his life.

Ryou narrates how things started between him and Ichika. Masuda finds it funny and mocks Ryou that he fall in love with a student after getting saved. Masuda suggests calling Ichika and Ryou refuses, but he agreed when he said he wants to compliment him. The two tried to call her, but she didn’t pick up, and Ryou realizes that it takes more than ten calls for Ichika to pick his calls. Ichika picks up on the eleventh call and scolds them for calling her at midnight. In the morning, Ichika enjoys playing basketball with other girls.

The boys enjoy talking about the most beautiful girl in the class, and Kai enjoys watching Ichika as she plays. Ichika ends up hitting Kai with a ball, but she apologizes. Kai begins to develop feelings for Ichika and ends up being Ryou’s rival. Ryou felt threatened by Kai’s presence and begins to keep an eye on Ichika. One day Kai opens his heart, but Ichika rejects him and says she loves someone. Kai accepted that he has lost, and the two met with Ryou, who realizes that he won Ichiak’s heart. The love story ends with a successful relationship between a businessman a student.

Where To Watch Koi to Yobu ni wa Kimochi Warui?

You can watch Koi to Yobu ni wa Kimochi Warui online on Crunchyroll.