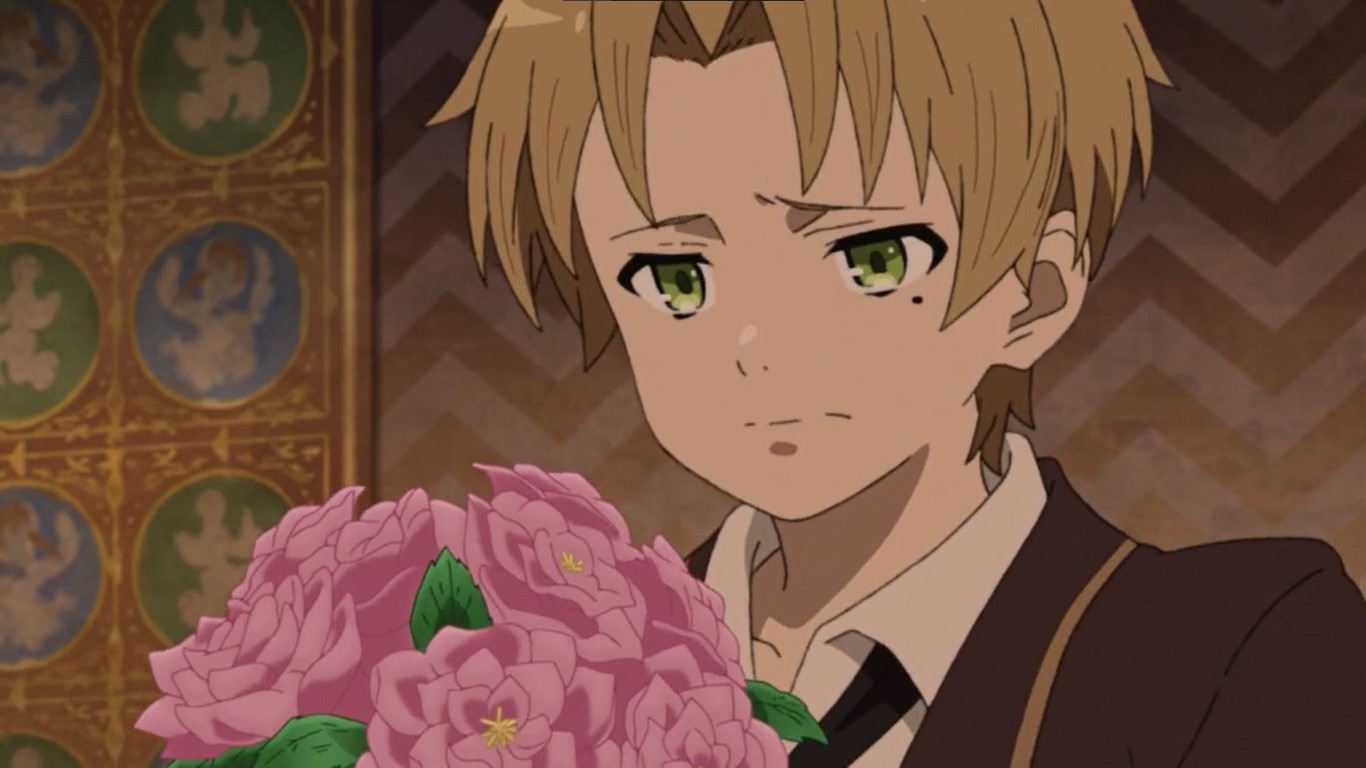 Jobless Reincarnation Episode 8 sets new grounds for an exciting fight that might arise soon. The anime has started slowly and focused on Rudeus’s development from his birth. This introduced a distinct flavor into isekai anime. And this time, it looks like there is some correlation between Rudeus’ previous world and this one. Most legends are stories that happened in the past. Well, that is one cue of Isekai animes, and as a result, Rudeus came back with his knowledge from the previous world.

He was born into a poor royal family with very little recognition. His father, Paul, appeared to be a powerful swordsman who doesn’t earn as much. But he managed just enough to get Rudeus a home teacher for his magic. Rudeus was exceptional, and in the end, his teacher recommended he goes to a university. But since the tuition was too much, he ended up taking the job of tutoring a royal princess, Roxy, who is just a little older than him.

The anime focused much on Rudeus’s tutoring job alongside Ghislaine, a skilled swordsman who is strong enough to defeat Paul. With only 8 episodes broadcasted out of 11, the anime will end together with the Winter 2021 anime season. But the good news is that Jobless Reincarnation Season 2 is confirmed already, but more details are yet to be published on that end.

Jobless Reincarnation Episode 9 will give us more on what has just transpired in the last episode. For the first time in jobless reincarnation, something out of the ordinary will be making an appearance. The next episode of the anime will stream online on Funimation with English subs. This will see the arrival of a new and powerful character with demon lord strength appearing. 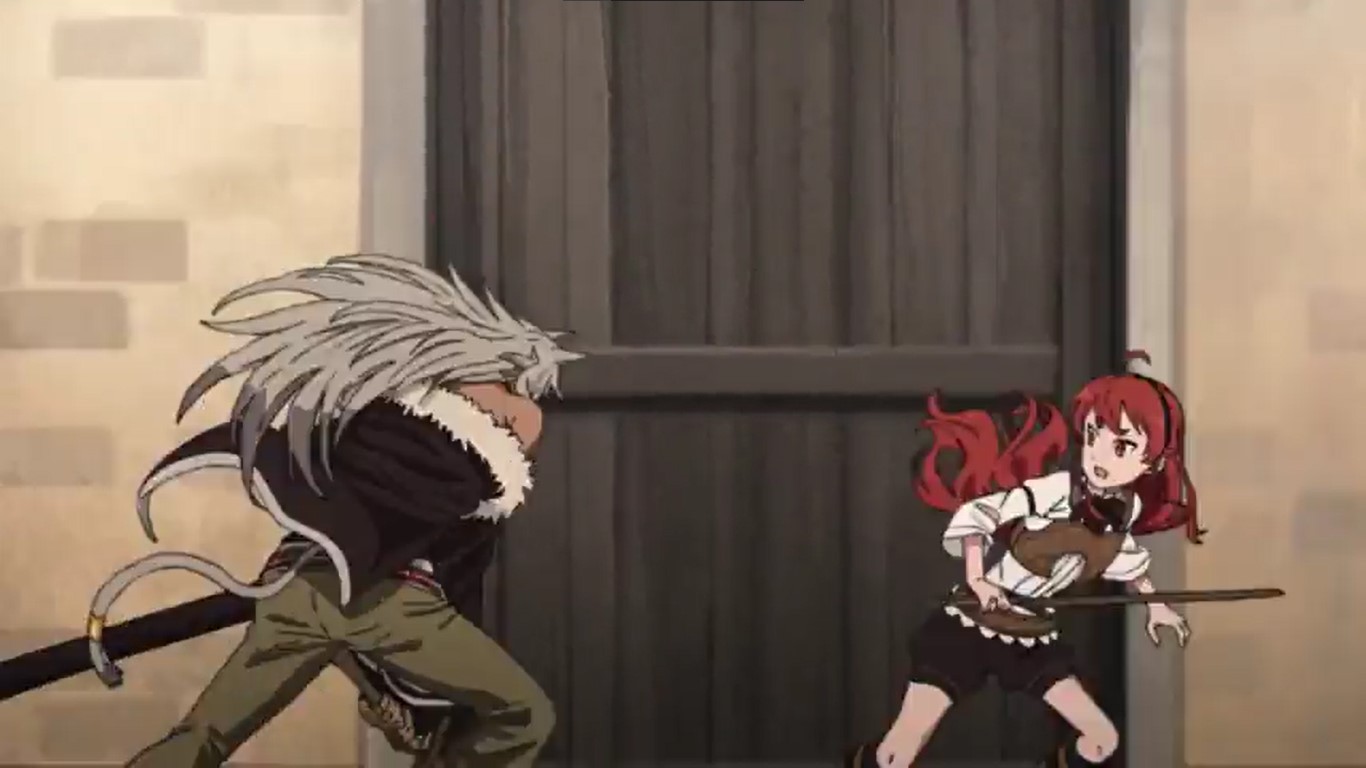 The last episode was focusing on how Roxy tries to do something nice for Rudeus. So we managed to see the royal-style birthday celebration. But the most significant moments in the episode started when Roxy gave Rudeus expensive magic stuff as a birthday present. After the ceremony, they decided to go to a secluded area together with Ghislaline so Rudeus can test out his most powerful magic combined with the staff’s amplification.

But that was cut short after a mysterious individual appeared out of the blue and attacked them. The person seemed to be too powerful and could fight on equal grounds with Ghislaine at the very least. It looks like a strange event is happening at this point. Ever since the beginning of the anime, there was always a strange planet-like thing floating in the sky. Rudeus always wondered what it could be, but he was told that it is not bad.

Then in the previous episode, we found out that it is a seal that has kept a particular individual sealed away. And now, ominous magic looms about the seal covering the sky with dark clouds. Things will finally heat up in this anime as all this time, we have seen Rudeus training and trying to improve his magic. Then he moved on to tutor Roxy, who instead mastered Sword skills more.

The seal is about to break, and various powerful characters are starting to show up. One was the same person who attacked Ghislane, and they were thinking that the magic is coming from her. But after clearing the misunderstanding, the person retreated. Now we cant wait to see how this will turn out in the next episode.

This means that we will get more clarity on what kind of seals this is in the next episode. Then we would also expect more information on the type of person this seal has kept away. But whichever way things will turn into. It doesn’t look like this is a good sign. So the seals breaking might spell doom to the world. At least Rudeus is with Ghislaine, so he should be fine.

But now, a white light just appeared out of the blue as if some explosion has happened. With Rudeus moving to protect Roxy, we still don’t know what happened to them. Just like this episode, there is a big chance that this season will be a cliffhanger. With only three more episodes left, likely, this incident won’t appear in full detail. So now, let us expect more clarity from the next episode, at least.

For more news, you can look at our latest updates: Anime news updates. There are still some exciting episodes to come this week so that you will find a complete schedule over there. And with the upcoming Spring 2021 Anime Season, we should look forward to more anime towards the end of the month.