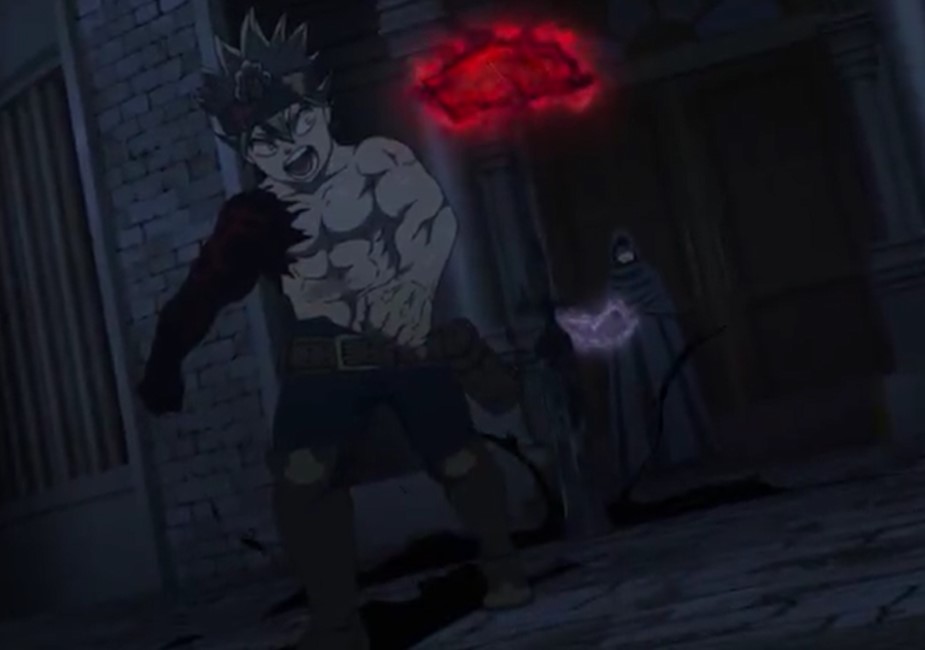 Black Clover fans were delighted to finally see Nacht making a full appearance in Black Clover Episode 168. He has been making short cameos in the spade kingdom in the past few episodes. And now we got to see the extent of his power in a brief showdown before the captains. Even though the anime will be ending soon, the recent actions seem promising and will make us regret the impending end of the anime.

Black Clove Anime will air its last episode later this month. More details on then the anime will end available over here: Black Clover anime ending. At this point, we get to wish that the anime was not ending just a few weeks from now. And we would still like to see more of Nacht in the anime. Asta will be training with Nacht while the rest of the captains prepares for a counterattack in the spade kingdom. So obviously, this will be a moment we would all want to see and will not want to wait any longer for it.

Be that as it may, the anime end is laterally two weeks away. The producers will also make a special announcement at the time. So it’s likely surrounded by the future of the anime. And in the previous news, they also announced that the anime would return, so it’s not ending for good. At least we will still get more updates on the manga. The anime plot is not that far from the manga chapters, so this break might be to cover more gap between the anime and the manga.

Black Clover Episode 169 will carry us through next week in the anime schedule. The episode will stream online on Crunchyroll and Funimation streaming sites.

After Asta and the black bulls witnessed the utter destruction of Yamin by Zenon, they were devastated and did not know what to do. At least that was on the rest of the Black Bull’s side as Asta was still unconsciously recovering from using his devil powers. But as soon as he woke up, he wanted to rescue Yami right away. He managed to sneak out, but thanks to Nacht, who arrived to stop him.

Nacht did not waste any time and showed Asta his devil powers right away. Before Asta could conclude that Nacht was an evil person, he saw him conversing with his devil casually. This amused Asta, and they wondered how such a thing was possible. Nacht quickly introduced himself and told Asta that he could help him with his devil powers. So it was interesting to see that someone is willing to train Asta personally. And I’m sure that will be a great sight to see; I mean, Asta has finally met that devil powers master that is the perfect person for his powers at the moment.

Asta’s growth has been skyrocketing in the recent episode. And the anime has strictly centered on his development and training. Well, at the moment it would be an interesting thing to see. Because even if Asta appears to be at the center of the anime at the moment, there can’t be a better scene since everyone else seems to be a genius and would not have a hard time as Asta in training. Please take it in Yuno’s case; for example, he is likely to master it at first try whatever he trains. And now that the anime is at the devil’s arc, then watching Asta is the best way we can get to understand how the devil’s powers work.

What Next: Asta’s Devil Powers Training With Nacht

As we brace ourselves for the upcoming training, it seems like Nacht wants to do this in the next three days. Because all plans are in motion and the clover kingdom will attack the dark triad in three days. They are on the time limit since Yami and Vengeance are sacrificial pawns for the ritual. Meaning in three days, the first gate to the underworld will open, and if the second gate opens, then that would spell doom for the world.

Nacht explained this very well, and this makes the upcoming episodes to be more interesting. But if you haven’t watched the manga, you might want to start asap because I see a huge cliffhanger here with the anime ending soon. But if you want to remain an anime-only fan, then you can suit yourself. There’s a lot of anime still ongoing that can keep you busy at the moment. And with the Spring 2021 anime season already here, then there are still many things to look forward to.

Re: Zero – Starting Life In Another World Season 2 Episode 24 Preview and Recap