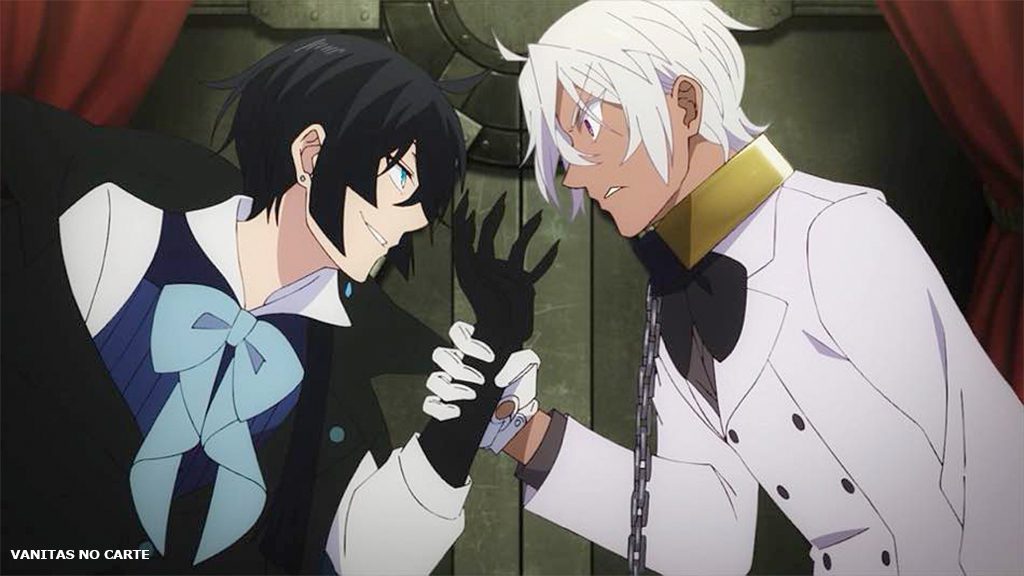 Want to watch an Anime Like ‘Vanitas no Carte’? Jun Mochizuki created this Shonen series, and it began airing on 3 July 2021 and is currently ongoing. In comparison, the manga began serializing on 22 December 2015 and still continues. On this journey, we come across a lot of vampires, both good and bad ones. Otakus have come along with some excellent characters, which hooked us to this series. If you also want to follow ‘Vanitas no Carte,’ then you can watch the anime on Hulu.

The story revolves around a vampire, Noé Archiviste, who is going to Paris to look for a cursed grimoire, the Book of Vanitas. This book is created by an ancient vampire, Vanitas, who was outcast by his kind because of born under a blue fool moon instead of a crimson/red moon. While on the flight, Noé comes across a human doctor who cures vampires. But to Noé’s shock, the doctor carries the name of the ancient Blue Moon Vampire, Vanitas, and also his grimoire. Throughout the series, these two handsome men unravel some mysteries while curing vampires.

This anime series presents us with a platter of fun, action, and some really handsome men. There is no doubt why this anime is so popular among girls. We all are loving this ongoing series and waiting for new episodes every week. Further, fans of the anime have been looking for anime like ‘Vanitas no Carte’ to kill some time until the new episode drops. However, if you want to watch a new anime but similar to anime like ‘Vanitas no Carte’, then follow this article.

The story revolves around an orphan, Atsushi Nakajima, who got kicked out of his orphanage. Atsushi comes across Osamu Dazai, who was trying to commit suicide. Soon, Dazai takes Atsushi to his detective agency because of his special human powers. Further, his power was the reason for him getting the orphanage to kick him out. In Dazai’s detective agency, Atsushi comes across more superhumans like himself. Dazai’s agency solves mysteries. These mysteries are beyond the understandings of normal humans to solve. 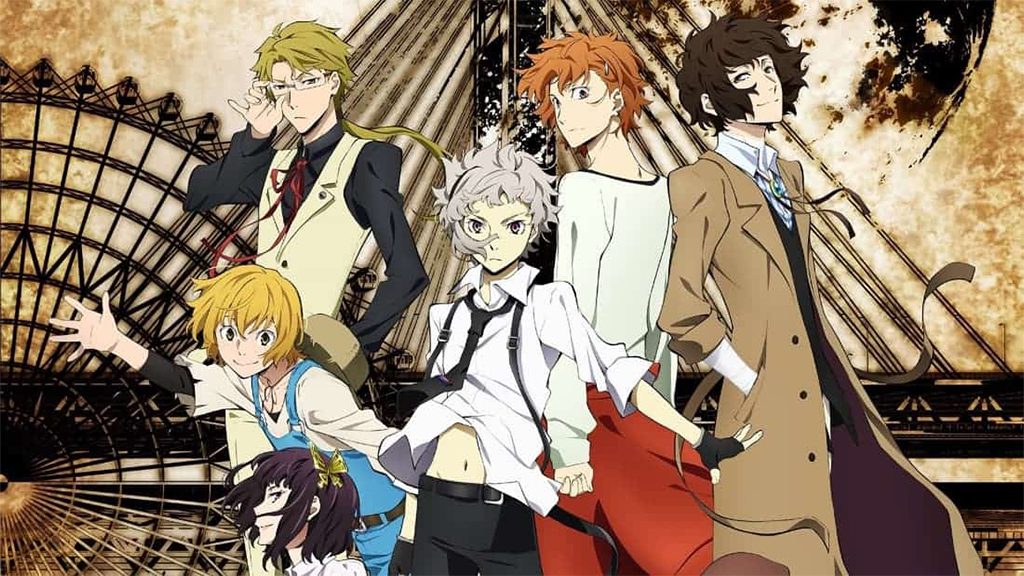 Undoubtedly ‘Bungou Stray Dogs’ is an anime like ‘Vanitas no Carte,’ but instead of going around curing vampires, but here superhumans solve mysteries. This shonen anime began airing on January 2021 and ended after 12 episodes on 31 March 2021. Shiwasu Hoshikawa wrote the manga series. This series was serialized on 26 December 2019 and is an ongoing manga. If you want to watch this mind-blowing detective anime, then you need to visit Netflix.

The story is about nobles, a race of supernatural beings who can live a long life and are superior to humans. Cadis Etrama Di Raizel is a powerful noble who was asleep for 820 years. After waking up in the modern world, he goes to meet his loyal servant, Frankenstein. Further, Raizel’s servant runs a school and enrolls Raizel in the school to adapt to the new surrounding. While living a quiet school life, he comes across fellow nobles and also horrors from his past. 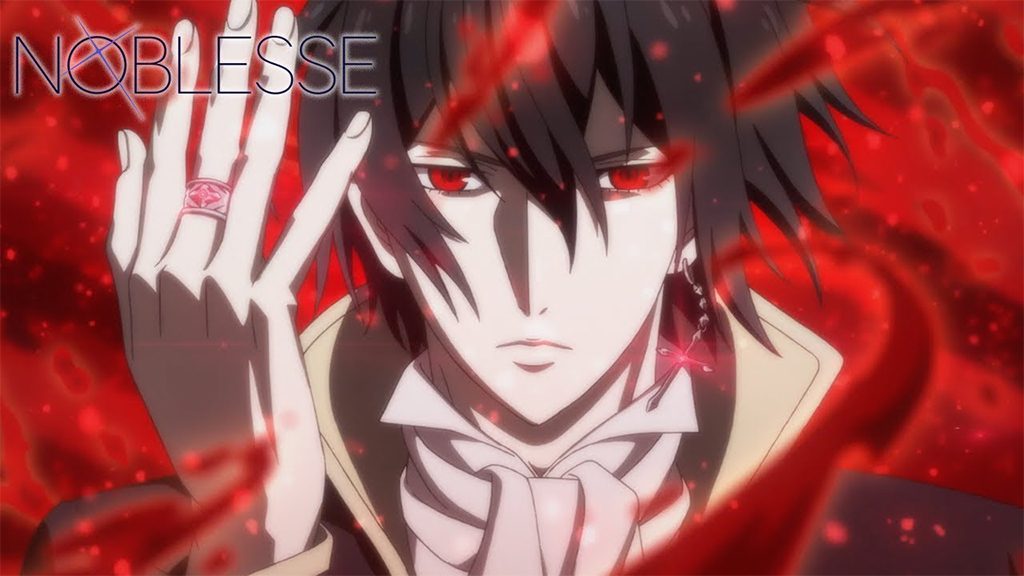 This anime series began airing on 7 October 2020 and ended after 13 episodes on 30 December 2020. Son Jeho is the creator of this seinen series, and the manhwa was serialized on 30 December 2007, and the final chapter came on 7 January 2019. It became a colossal hit among the otakus, especially among the teenagers, since the first episode. ‘Noblesse’ is an anime like ‘Vanitas no Carte,’ and you should watch it. Therefore, you can visit Netflix to watch this anime series.

The story revolves around a young boy, Ciel, who hails from the royal family. However, some tragic events leading him to slavery then into a satanic cult. In that cult, he was sexually and mentally abused. The cult also used him as a sacrifice to summon and form a contract with the demon. However, the demon forms contract with Ciel instead of cultists, saying Ciel was the one to summon him. Since then, the demon serves under Ciel with the name of Sebastian Michaelis. The two together investigate mysteries that Queen Victoria finds important to unravel. However, the handsome demonic butler has more to him than simply serving his master. 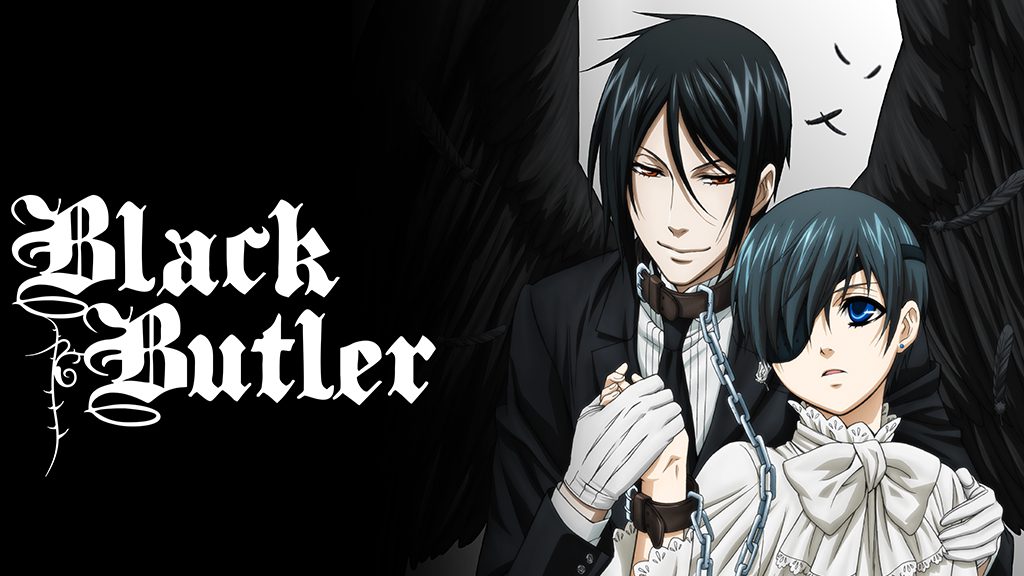 This dark fantasy comedy series about a demon serving a boy is a creation of Yana Toboso. If you are a fan of fantasy anime series like ‘Vanitas no Carte’, then you would enjoy this masterpiece. The anime series aired from 3 October 2008 to 17 September 2010. Further, a sequel anime, Black Butler: Book of Circus, aired from 10 July 2014 to 12 September 2014. The anime has 7 OVAs and 2 ONAs besides the main plot. If you want to watch this hilarious anime, then visit Amazon Prime Video. 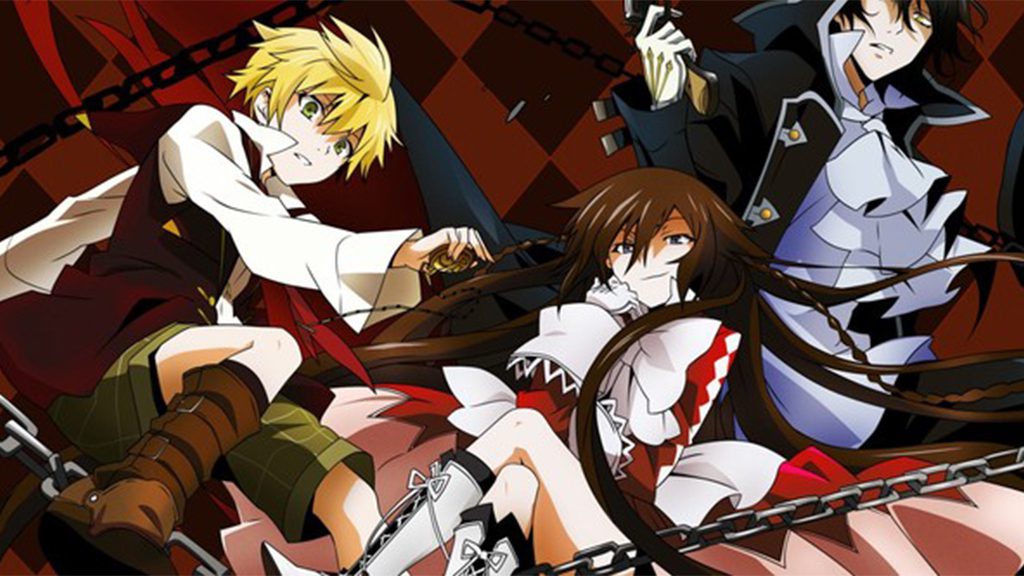 If you want to watch an anime like ‘Vanitas no Carte,’ then ‘Pandora Hearts’ is the perfect anime for you. This series is also the creation of Jun Mochizuki, who also wrote ‘Vanitas no Carte’. Therefore, you might find a lot of common traits between the characters from both the animes. ‘Pandora Hearts’ aired from 2 April 2009 to 24 September 2009. Whereas the manga was serialized from 18 May 2006 to 18 March 2015. You can also watch the series on Crunchyroll.

The story of ‘Seraph of the End’ is set in 2012, where most of the human population is extinct because of virus threat, seems quite relatable to the current situation we all are going through. However, children below the age of thirteen are the only ones who are safe from the virus. Things get darker when the vampires come to the surface and dominate the world. Further, they send the rest of the human population underground for ‘protection’. However, humans need to send blood to these mysterious saviors. Yukihiro and his friends, along with an orphan Mikaela, and try to escape the underground facility, but his friends die while trying to do so. After losing all friends, Yukihiro joins the Japanese Imperial Demon Army to destroy the demons. 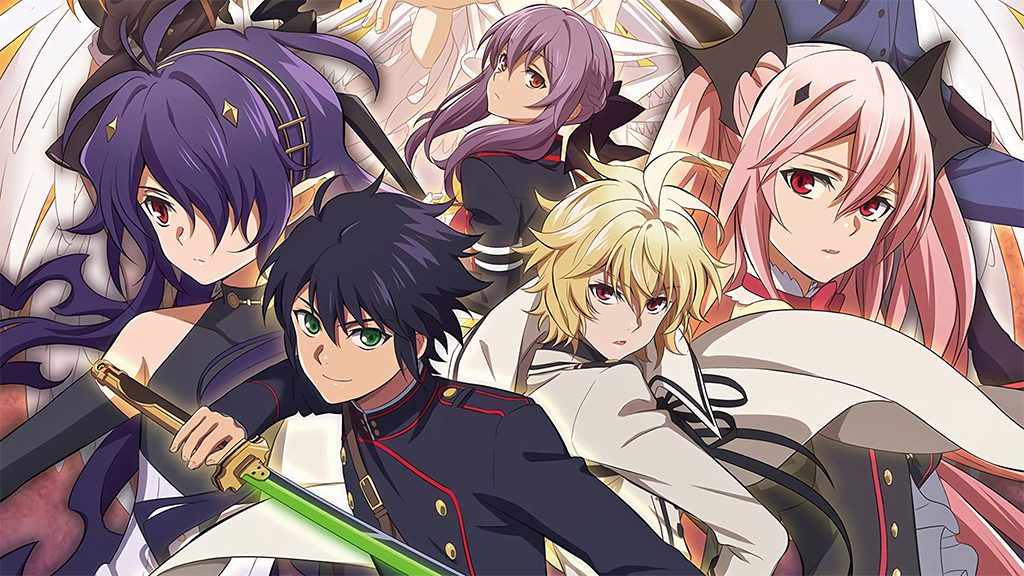 This anime also has vampires like ‘Vanitas no Carte’, but the vampires in the ‘Seraph of the End’ are not so kind. Takaya Kagami is the writer of this series, which was first serialized on 4 September 2012, and is still ongoing. Further, the anime adaptation of this manga series aired from 4 April 2015 to 26 December 2015, comprising 24 episodes. Watch ‘Seraph of the End’ on Netflix, and you can read the manga on Viz.