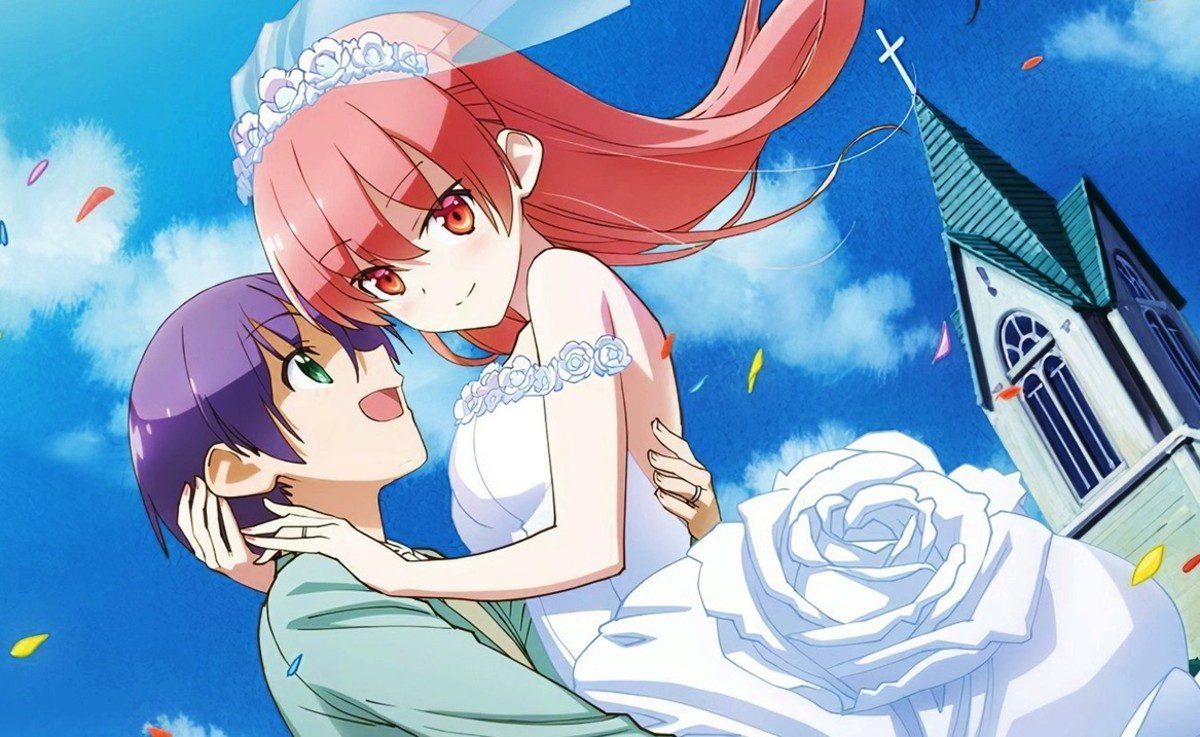 If you are bored and want to see comedy anime filled with romance, Tonikaku Kawaii is one of the anime you can check out. We will give a summary of anime like Tonikaku Kawaii below. This anime reveals the story of a young boy and girl who accidentally met and began to stay together. Couples’ lives are filled with romance, but they decide to do anything after marriage. On that fateful day, Nasa Yuzaki fell in love at first sight after meeting a strange girl and learned that the girl was Tsukasa.

Nasa couldn’t hold back, and he confessed his feelings, but Tsukasa had a different view of a relationship. Tsukasa promised Nasa that they would become lovers after marriage, and Nasa took that seriously and introduced Tsukasa to his family; then, the two got married. Things become interesting after the two are married as we see more comedy and romance, despite competition between girls who tried to break Nasa and Tsuka’s wedding. That was a summary of this anime, and we are looking forward to talking about anime like it below. Most anime can be similar, but they portray their story or plot differently.

Taisho Otome Fairy Tale has ended not so long, similar to Tonikaku Kawaii. The comedy and romance in this anime are thrilling. Taisho Otome Fairy Tale story centers around a noble guy and commoner. This story takes place in Taisho-era Japan, where a teenage boy, Tamahiko Shima, met with an accident and his right hand was disabled. The accident also took Tamahiko’s mother’s life, and his father sent him to the mountains. 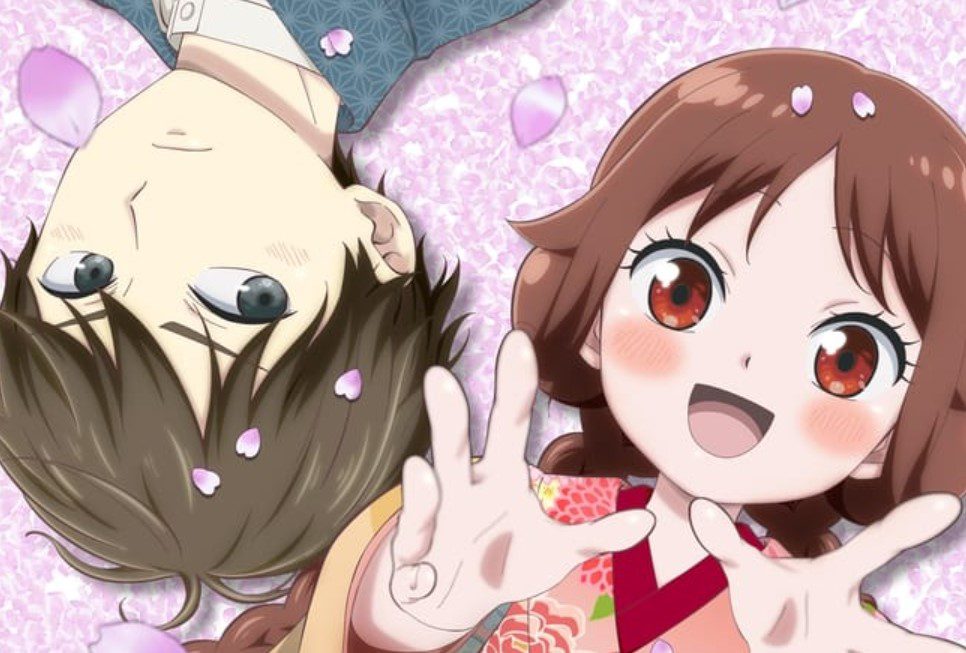 The head of the Shima family felt that Tamahiko was a burden and he would tarnish his clan due to his disability. The Shima family is one of the wealthy families in Japan, but the head of the family has terrible behavior. Tamahiko accepted his fate, but he felt betrayed and never thought anyone would love him. Fortunately, his life changed when Yuzuki Tachiba arrived at his door.

Tamahiko was not surprised to learn that Yuzuki was brought by his father, and he knew that his father would stop so low to do that. Yuzuki was brought to become Tamahiko’s wife. But he welcomes her in and worries if he will meet Yuzuki’s needs since he has a disability. Yuzuki helped Tamahiko, and he learned to cherish and love someone, which led the two to fall in love.

Momokuri is another anime on the list since it has similar scenes to the animes we talked about above. This one is also enjoyable to watch for those who prefer anime with comedy and romance. Yuki Kurihara studied hard and managed to pass, and her wish to date Momo has been granted. 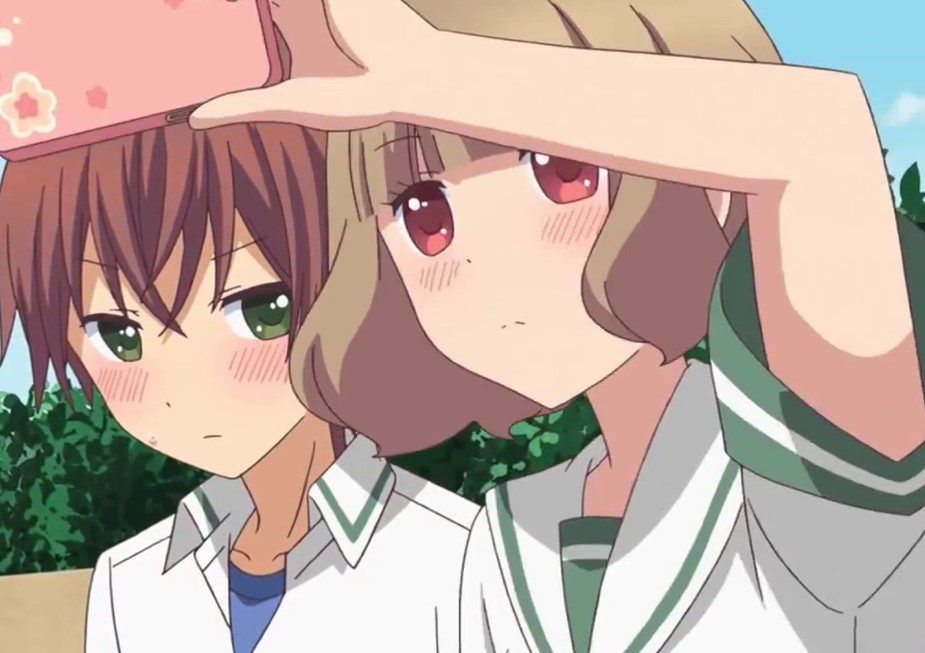 Yuki is a cute girl and has fallen in love with Momo since she knew him. She likes to note down everything that Momo does and what he likes and never misses a chance to see Momo. But things became weird since Momo has never been in love, and he is inexperienced in handling a girl or someone he loves. Momo’s goal is to make Yuki happy.

This is an interesting story of a human and a ghost. Kamome Academy is an academy filled with mysteries and mysterious creatures. In this academy, there is a mischievous ghost of Hanako-kun. The occult fell in love with Nene, a high schooler, and Nene became bound to him. However, Nene learns about the mysterious world of supernatural beings. 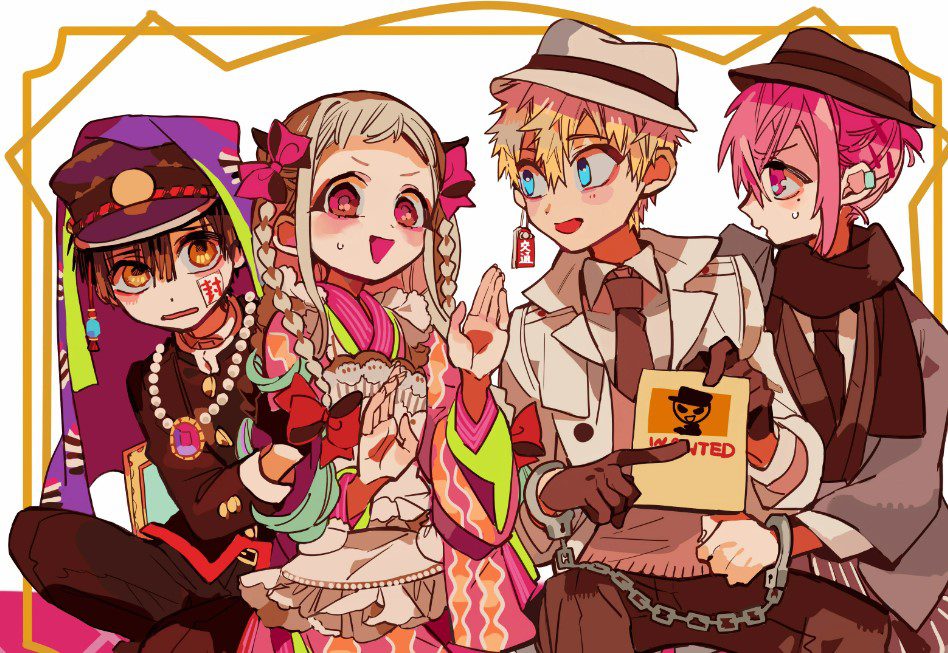 Nene and Hanako-kun worked together to maintain peace between the supernatural and students. The two must avoid staying in trouble and keeps secrets.

A story of a giant guy is fun to watch here; you will meet Takeo Gouda, a giant boy with a giant heart. Unfortunately, Takeo Gouda’s appearance makes the girls stay away from him. But he has handsome friends that attract girls, and for the girls to get those handsome boys, they have to pass through Gouda. Sunakawa is a handsome boy and best friend of Gouda. 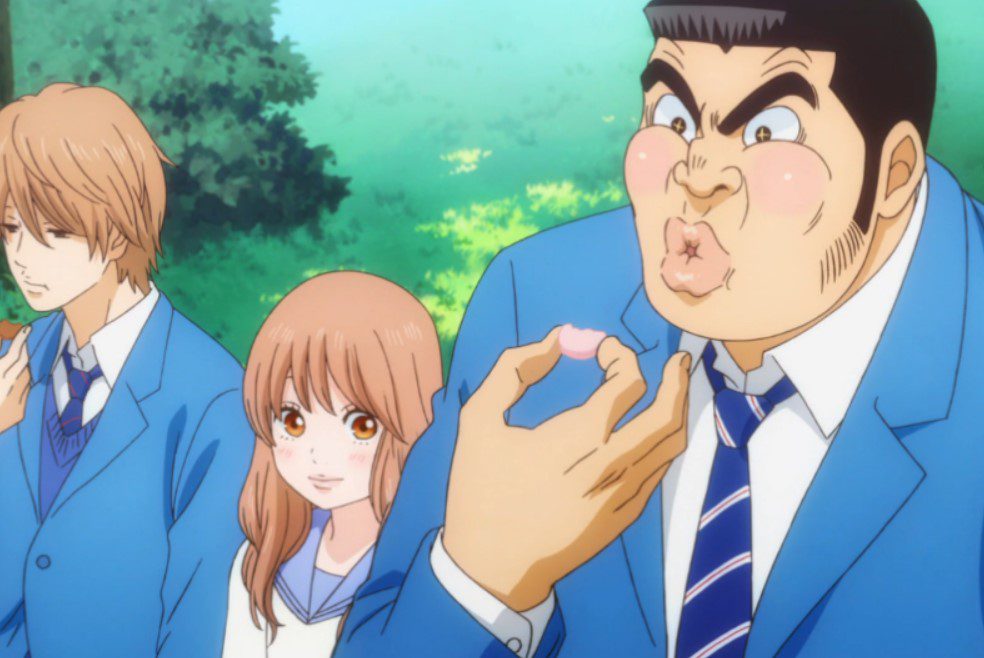 The girls are attracted to Sunakawa, and Gouda has accepted his fate that he will remain single. Fortunately, one day Gouda’s fate changes when he protects a girl named Yamato from a harasser on the train. This changes Gouda’s life, and he falls in love.

Yaguchi Haruo is a sixth-grader who lives for video games to live for. Haruo is not handsome or popular at school. Other students find him weird since they believe he is not funny or nice. One day Haruo visited the local arcade and played Oono Akira. He was joined by a wealthy, pretty smart girl that defeated him at Street Fighter II. 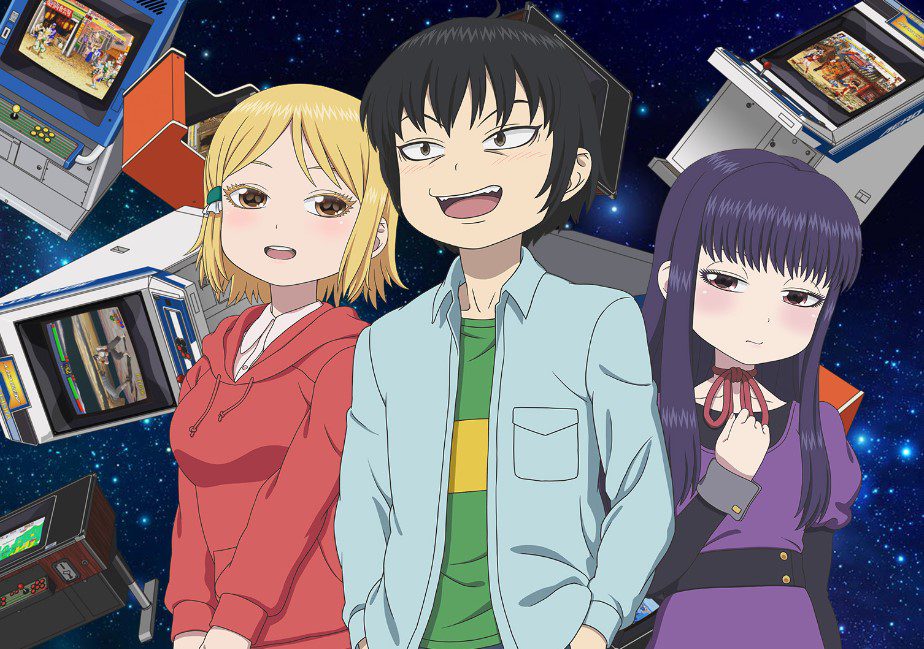 Haruo never thought that he could lose to a girl and tried many times, but he was defeated for more than thirty minutes in a row. He also learns that the girl is unbeatable, and he has never won any game against her. Haruo and Akira became best friends and enjoyed playing games together, leading them to fall in love.

Engaged to the Unidentified

This began good for the girl who was surprised during her birthday and it might not ist well for her. Kobeni is a young student who turned sixteen and wanted to celebrate her birthday with her family and feed them a cake. But on the day of Kobeni’s birthday, her mother surprised her with shocking news. Kobeni was surprised, and the birthday was ruined after knowing that everything was about her marriage. 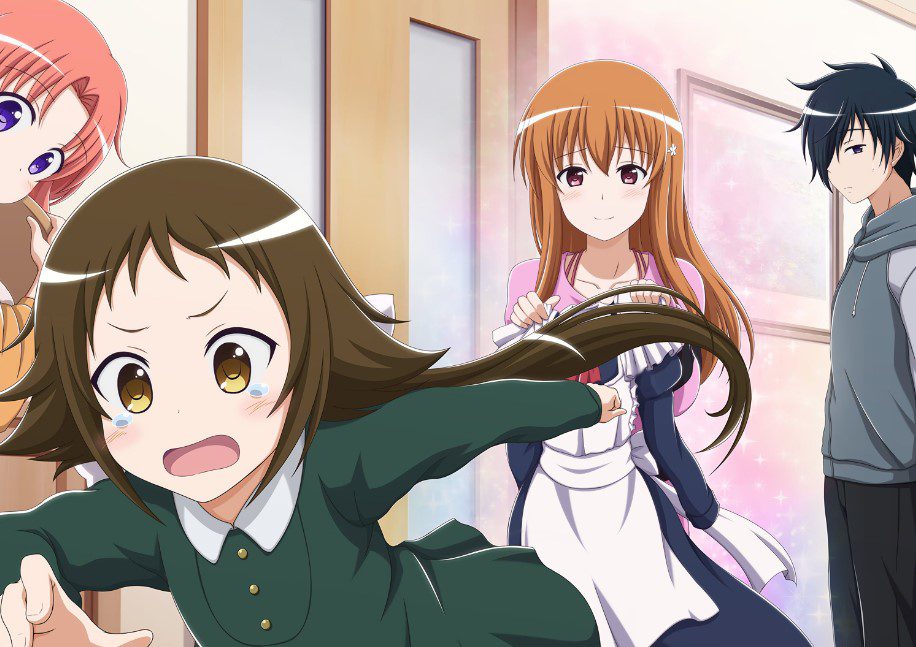 Engaged to the Unidentified

Kobeni’s grandfather repaired her marriage, believing it was for Kobeni’s good. Hakuya is Kobeni’s fiance who welcomes Kobeni and her little sister to his house. However, Kobeni accepted everything since it was her grandfather’s wish before he passed away. Benio is Kobeni’s pervy sister, and the two sisters have to adapt to the new environment.

I Can’t Understand-What-My-Husband is Saying

Kaoru works hard, and she is dedicated to her work; she is also an OL available at any time. But Kaoru’s husband is an otaku and a NEET. She is always worried about her husband, and they are always fixing his problems, but the two are close, and sometimes it is embarrassing to watch them. This is one of the great love stories of couples that support each other no matter what. 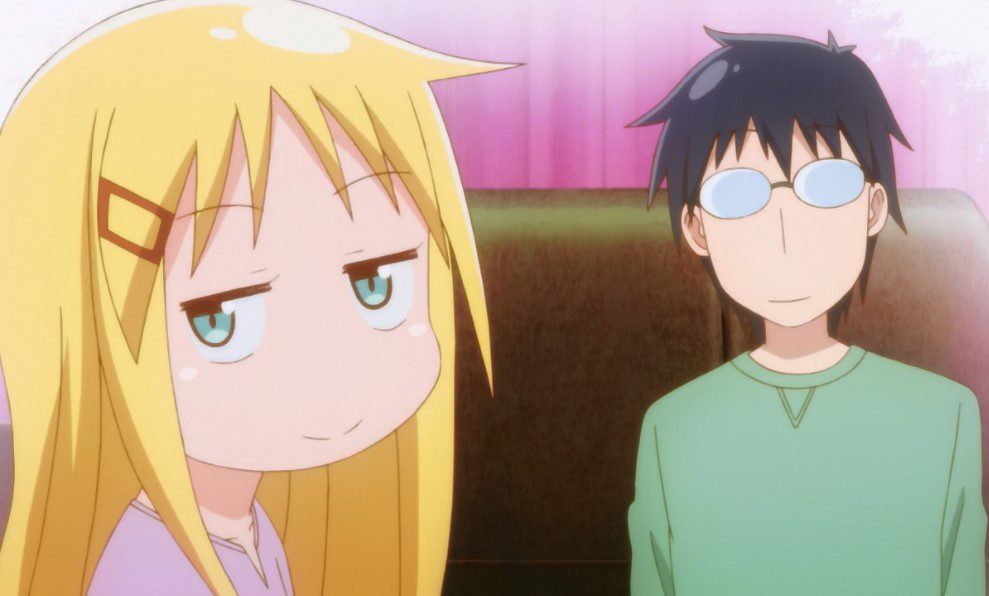 I Can’t Understand-What-My-Husband is Saying

Shikimori and Izumi are high school couples who love holding hands on their way home. The two show their love everywhere, even in public places, and they are not even shy to press their love or feeling in front of people. But Shikimori always knows how to get what she wants. Izumi loves to see Shikimori’s moods and shows her that he loves her dearly. 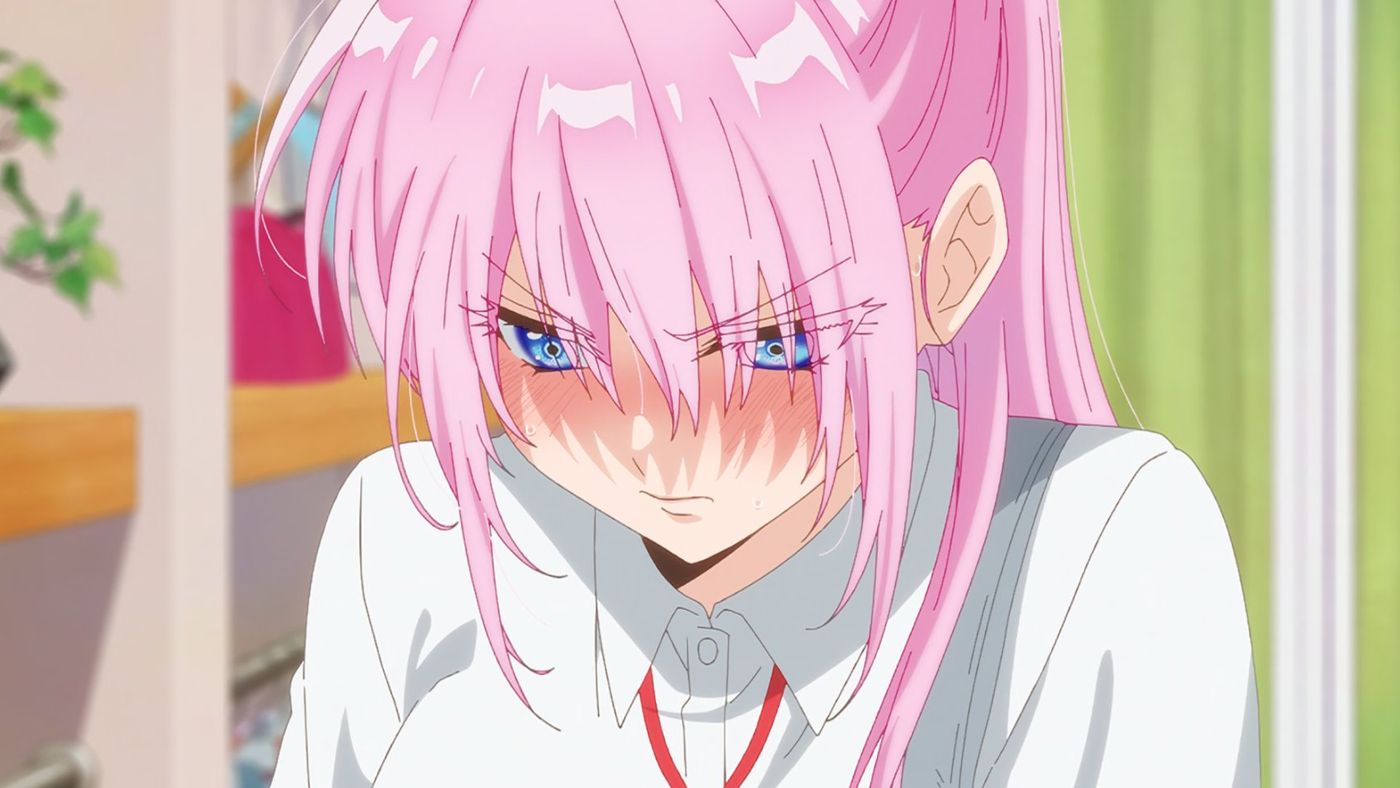 Teasing Master Takagi-san reveals the lives of two students who started as friends and rivals. The two always love to tease each other. Nishikata was tired of his friend ad thought he could get back at her, but little did he know that their friendship was forming another bond. Nishikata and Takagi’s game continues daily. 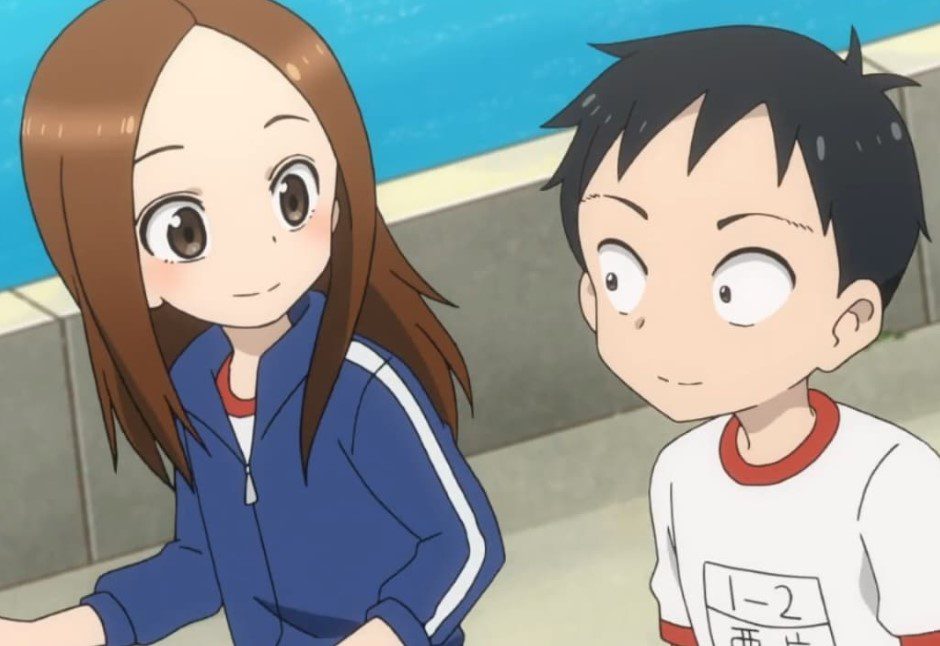 Ouran High is a school that has students who come from wealthy families. But Haruhi is different from other students and finds herself in Ouran High. The girl is talented and genius, but she lacks money. One day at school, Haruhi made a mistake and broke a vase that cost eight million yen in a music room. 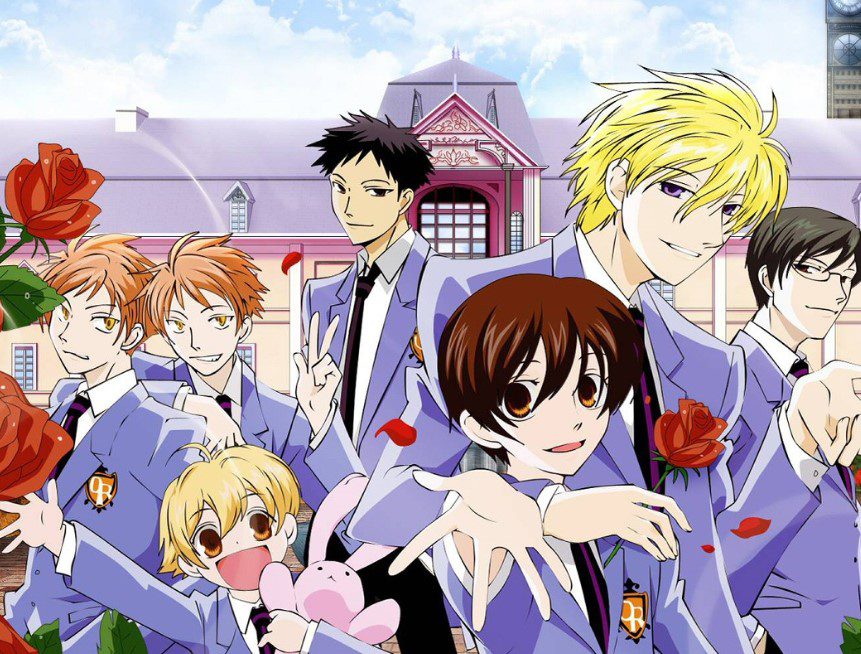 The club members told Haruhi to repay the money for the vase by joining the club and working with them. Fortunately, Haruhi helped the club use her talent and made more money than 8 million yen. She was not comfortable with the way boys and girls showed their affection and love toward each other.

Also Read: Hottest Naruto Girls That You Could Die For