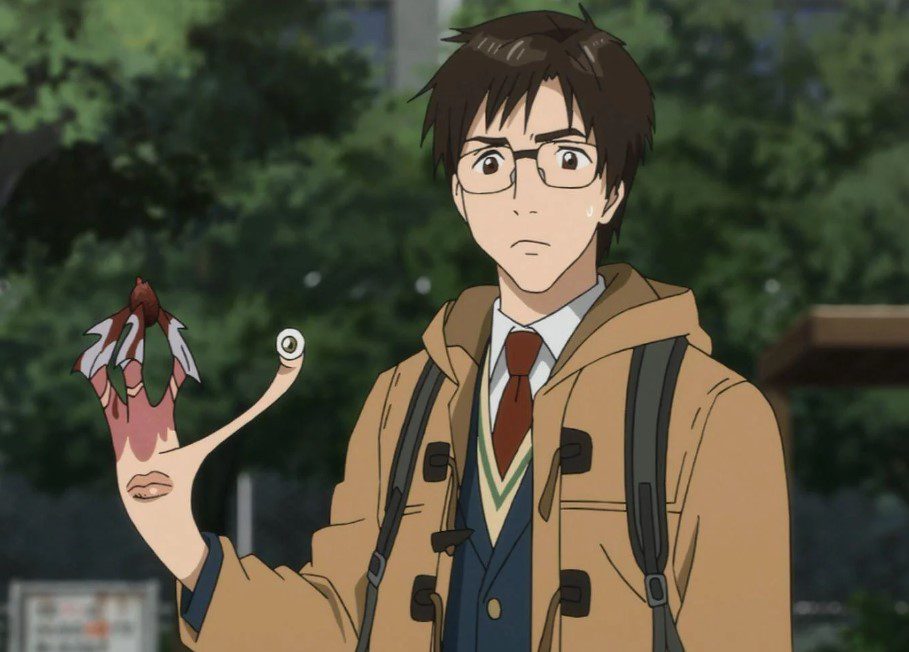 Parasyte Kiseijuu is one of the best action drama, horror, and psychological anime up to date for 2022. More similar anime like Parasyte Kiseijuu updated for 2022 are still competing with the ongoing anime. These are the best popular anime that one can still watch in 2022, even though some have ended and some are returning soon in 2022.

The fans of these anime will be interested in similar anime like Parasyte Kiseijuu, also known as Parasyte -the maxim. To make things interesting, we will include animes like Tokyo Ghoul, Attack on Titan, and other anime updated for 2022.

Suppose you are not blown away by the anime mentioned above. You can count your favorite anime on the list below. However, let’s start by looking at what Parasyte Kiseijuu is all about then we can talk about its anime recommendations. Things started when the human kind’s world got invaded by aliens knowns as “Parasytes.” They entered humans’ bodies and took control of humans’ brains. This strange creature became hungry for human flesh and continues to rule the world.

However, only Shichini Izumi, a high school boy, knows about those creatures after one parasite failed to take over his brain. But one day, only his right arm was passed by monsters, and he struggles to control his body. The alien infection grows quickly, aiming to take over Shichini’s body. Shichini will become something beyond human imagination.

Jujutsu Kaisen is the closest anime to Parasyte Kiseijuu since they both reveal about students who got posses by monsters. In this one, we see Yuji as the student passing Sakuna, and he must swallow all of Sakuna’s fingers and then get killed since it is the law of the Academy. Yuji Idataro looks like an average teenager, and his physical strength is on another level; everyone wants him to join their sports club. 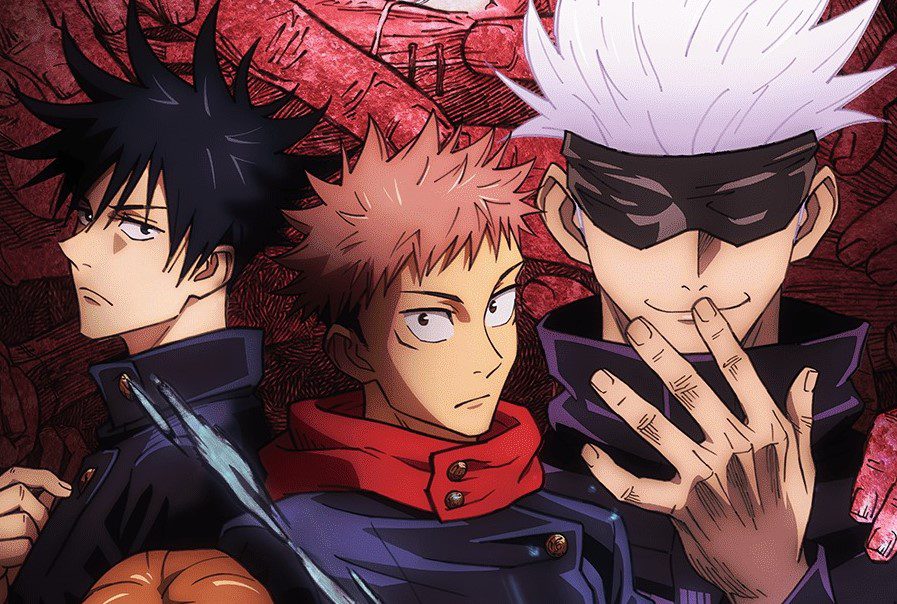 Itadori loves to stay with the school outcasts in the Occult Research Club. This helped the students find a sealed cursed object and met with terror when they broke the seal. This changed Yuji’s life, and his life has also become part of Sakuna. Despite the end of the first season of Jujutsu Kaisen, the second season will return soon.

Akira Fudo and Ryo Asuka are best friends who share everything and never hide anything from each other. One day Akira learns from Ryo about the ancient race of demons that have come back to take the world from humans. Ryo also reveals that they can defeat the demons by incorporating the demons’ supernatural powers. He suggests bonding with demons to gain powers. 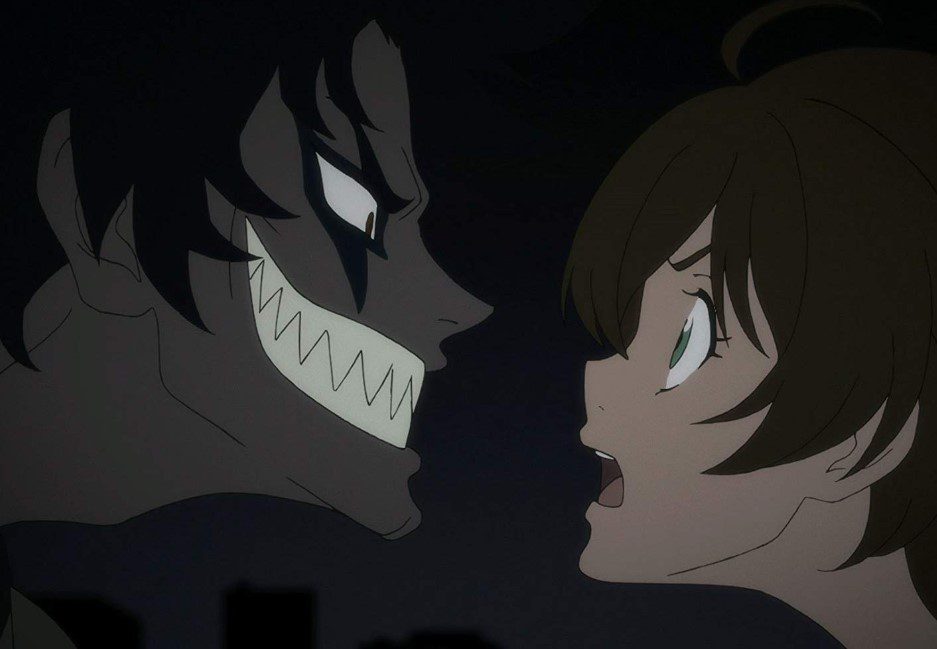 However, one day Akira transforms into Devilman, who has the powers of humans and the powers of a demon. The war between Devilman and Akira Fudo begins.

The terror of Ghouls begins in modern-day Tokyo, where humans live in fear of Ghouls. Ghouls are strange creatures that resemble humans, and they are bloodthirsty and hungry for human flesh. But this doesn’t matter to a young boy named Ken Kaneki, who encounters dark and violence that turns him into the first Ghoul-human half-breed. Ken finds himself trapped between the human realm and the monster’s realm. His goal is to survive while learning about the Ghoul society. 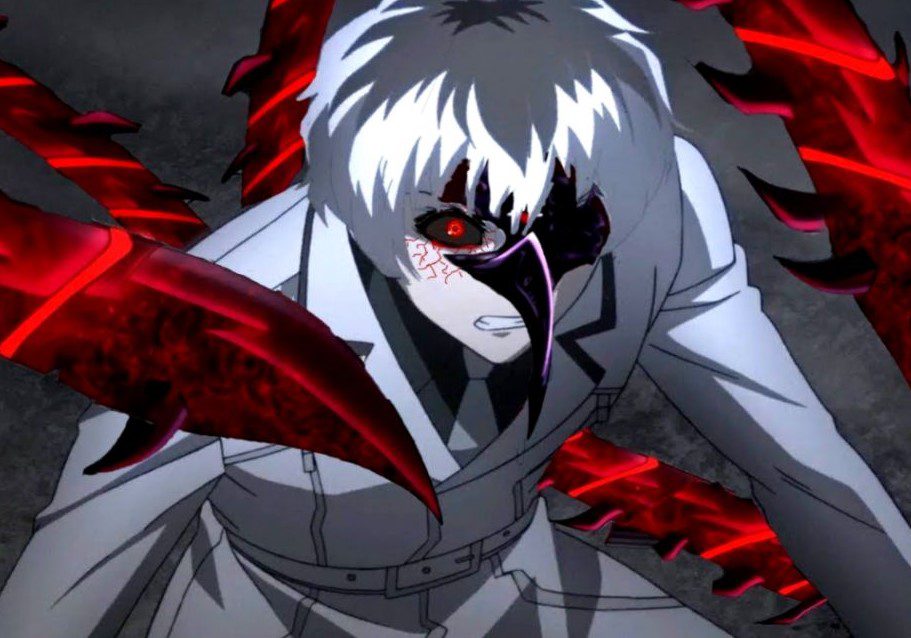 The first Ajin that appeared seventeen years ago was the most important discovery to humankind. Ajins are rare even though they look like humans, and they are immortal creatures feared by the nations. Humankind knows that 46 Ajins exist worldwide, and they try to hide since humans might capture them. The humans use the Ajins for unending experiments. Kei Nagai dreams of becoming a doctor and healing his sister. 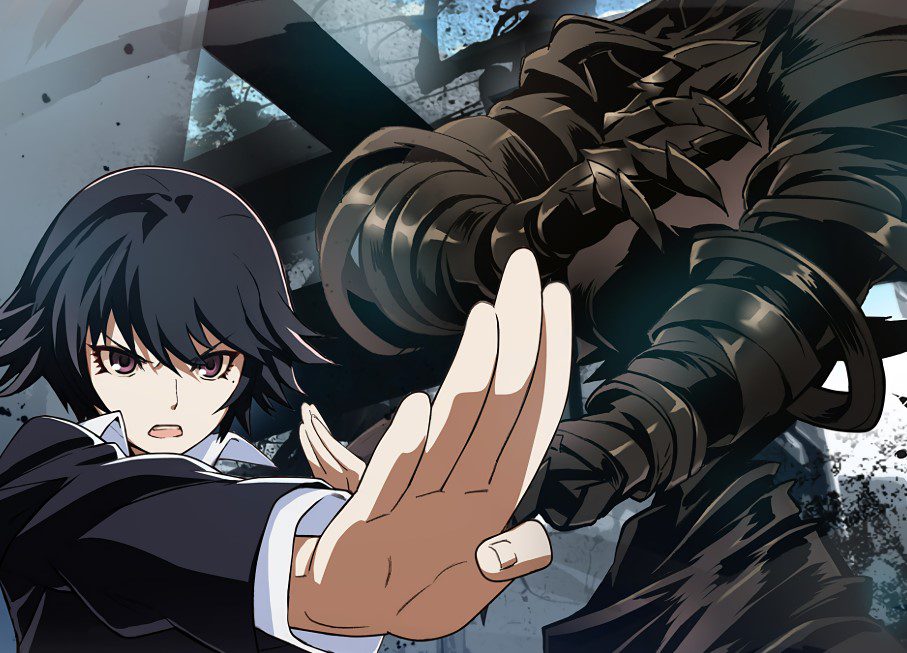 Life was not good for Kei, who ended up meeting with a car accident. Kei thinks that he was died and finds himself reviving. Later, he learns that he has become an Ajin but a demi-human. Kei struggles as he is chased by humans and Ajins who want to harm him since he has become an unwanted identity.

Inuyashiki: Last Hero is another popular anime update similar to Parasyte Kiseijuu. Ichirou Inuyashiki is a man who never gets the appreciation he deserves from his family, and he likes to help others. Ichirou learns that he has cancer at the age of 58 and finds a short life span. He resides in the same city as Hiro Shishigami, a high-schooler. Hiro has the opposite personality as Ichirou, and his family always cherishes him. 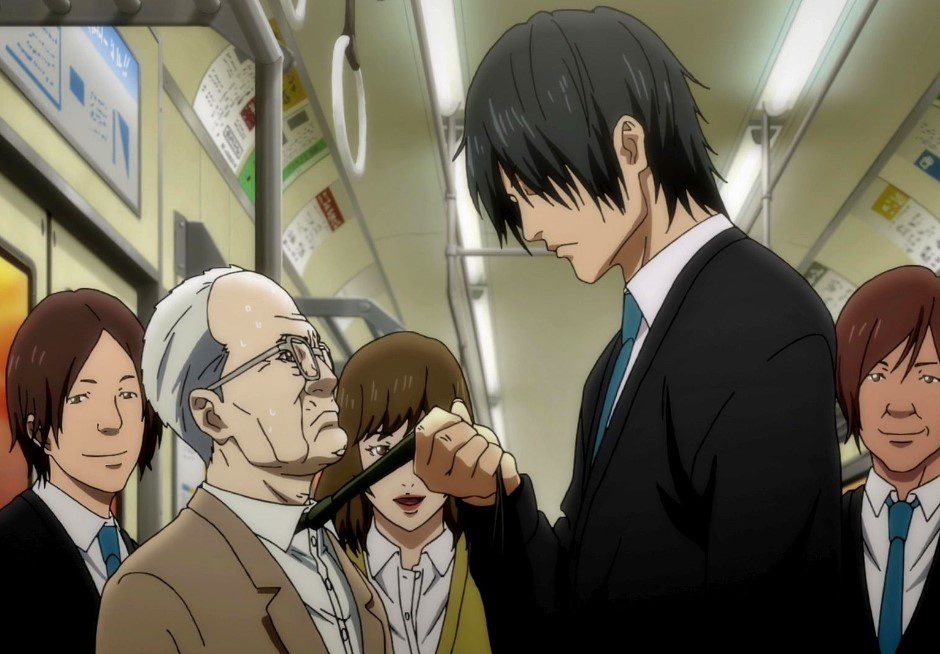 Hiro never gets satisfied with life and has limited compassion for the few people he cares about. One night a strange incident happened when an alien light struck the earth, and humans died. After death, humans are revived by extraterrestrials and receive awesome new abilities, but the use of their powers is different.

Satoba is a strange village surrounded by death, and it is encased by trees used to make grave markers. This has become a cause, and one day during summer, multiple mysterious and untimely fatalities begin to affect the small rural town. The number of deaths piles more than the citizens know, and they are unaware of the cause of the death. However, Toshio and Seishin, vice chief monk, become suspicious and begin the investigations. 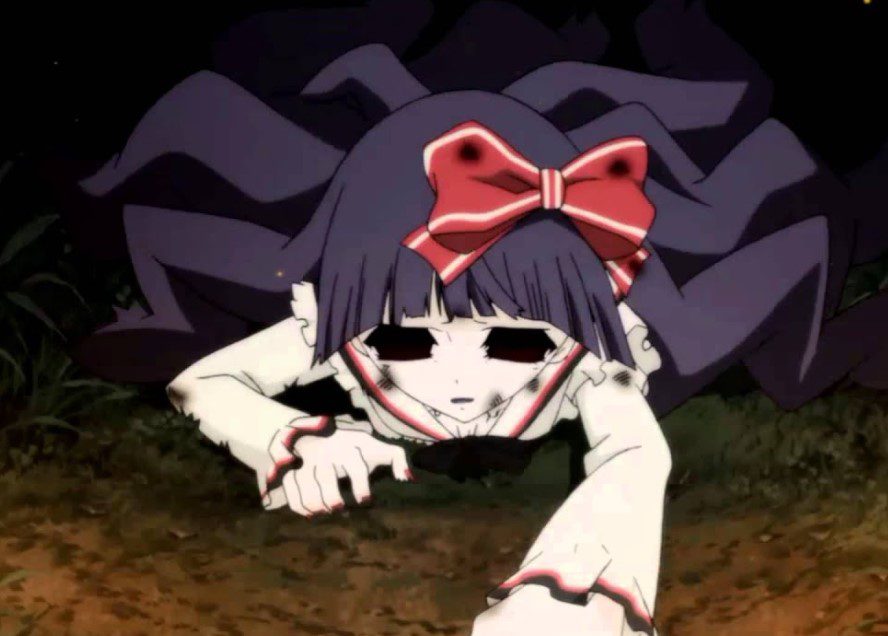 The Kirishi family has recently moved to the town, and everyone wonders if the incidents are related to them. More death continues to pile up, and the mystery behind this case is yet to be revealed.

Kouta and Yuka come across the bloody naked girl on the beach, which changes their lives forever. The two became abnormal and could not speak or behave like other humans. Kouta and Yuka took Nyu to save her, and they never knew that Nyu was a killing machine; this had gone wrong since Nyu’s killing instants were about to be awakened. 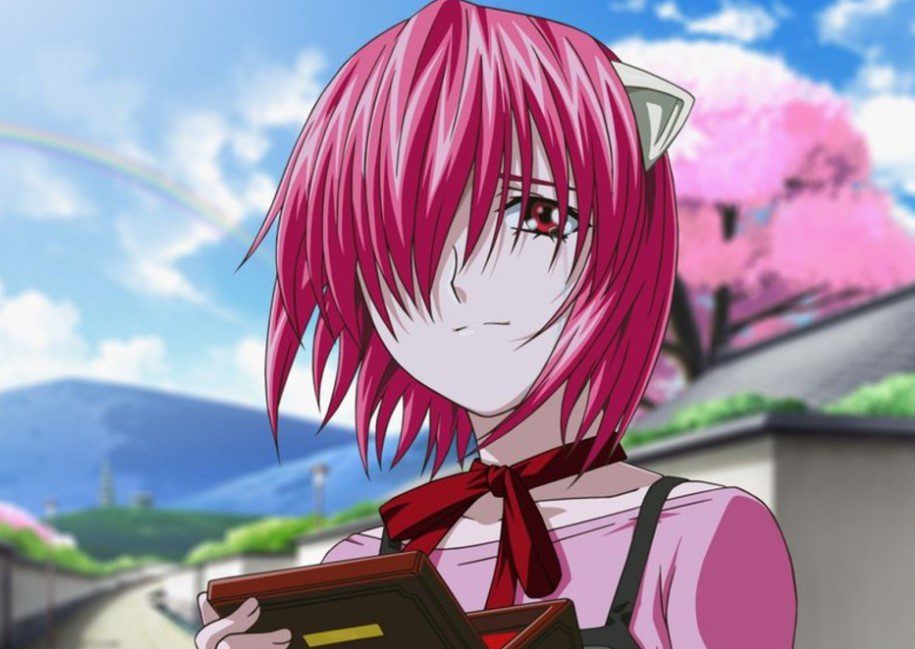 Jigoku Tsushin is known as a website that can be accessible at midnight. Hell Girl will rise and drag the enemy into Hell if anyone posts a worse grudge. This has become a rumor that sounds like an urban legend, and when it reaches the ears of young ones, it becomes true. Ai Enma is “Hell Girl,” She deems the clients’ foes when she sympathizes with them and sends the enemies to Hell as Hell Girl. 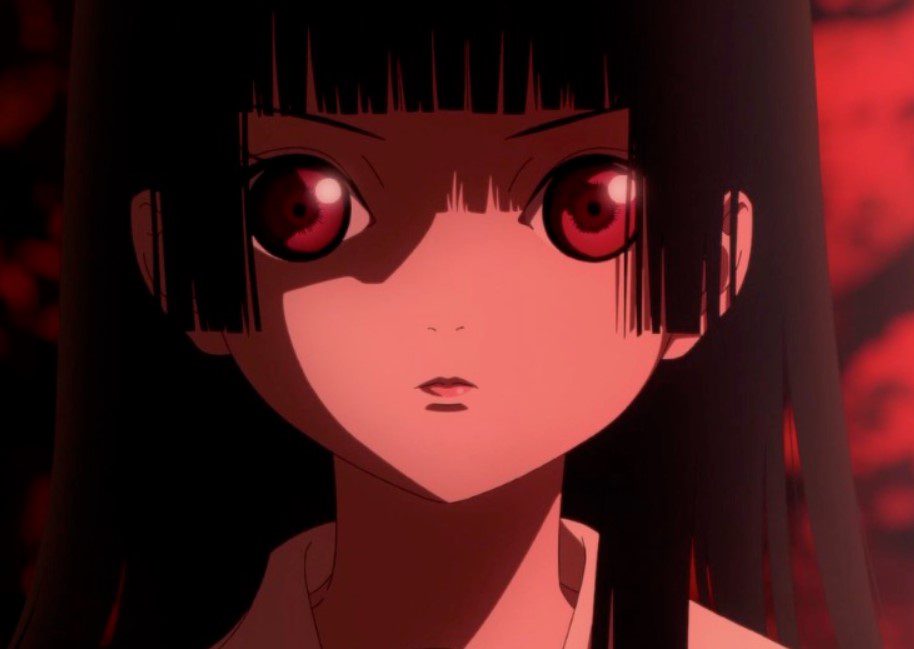 The contract with the Hel Girl is not revealed, and one will pay the price of it once they have their retribution. But if one enters into the covenant, their soul will go to Hell. But that happens after their death. One day a strange girl Michuri visits Ai Enma, aka Hell Girl, and Michiru has lost her memories. Ai talked with her, and her secrets were to be revealed.

This story happened shortly when it was possible to measure and quantify anyone’s state of mind and personality. Everything gathered is recorded and processed. Shinya Kougami is an enforcement officer who manages crime in this world of Psycho-Pass. But in the future, things changed, and Shinya is a dedicated policeman who works to maintain public order. He works with other officers who help him capture criminals and Supervisory Division which keeps an eye over their colleagues in Enforcement. 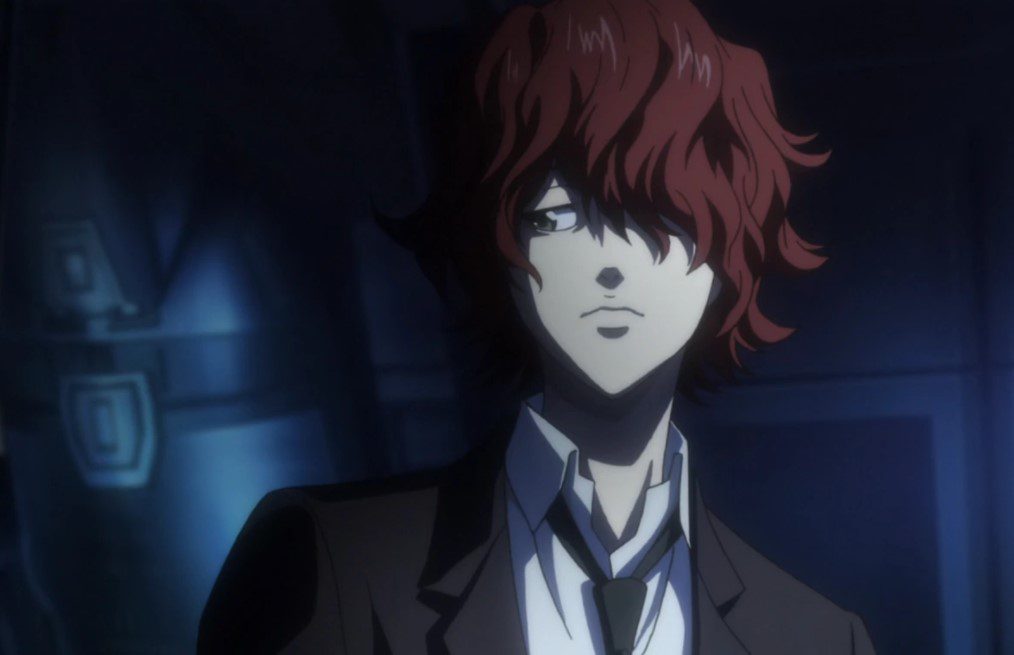 Manji is cursed with eternal life and well-known immortal swordsmen. Manji is tired of living and has tried to die countless times, but he fails since he only has the skill of killing. He devised a plan to regain mortality, which involved killing one hundred evil men for each good. The witch who cursed Manji accepts Manji’s request, and he must kill one thousand evil men. 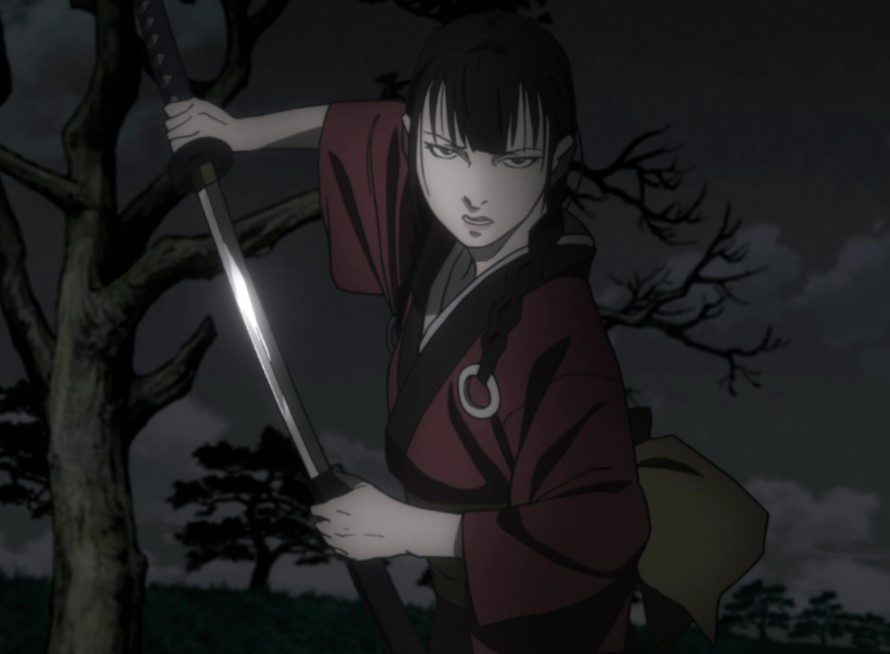 Things changed during Manji’s journey when he came across a girl named Rin. Rin is also seeking her vengeance against the members of the sword school that killed Rin’s family. The two allied, hoping that they would find peace and encounters, carried enemies on their way. Rin and Manji learn that the enemies are also after them, and they must not allow revenge to consume them.