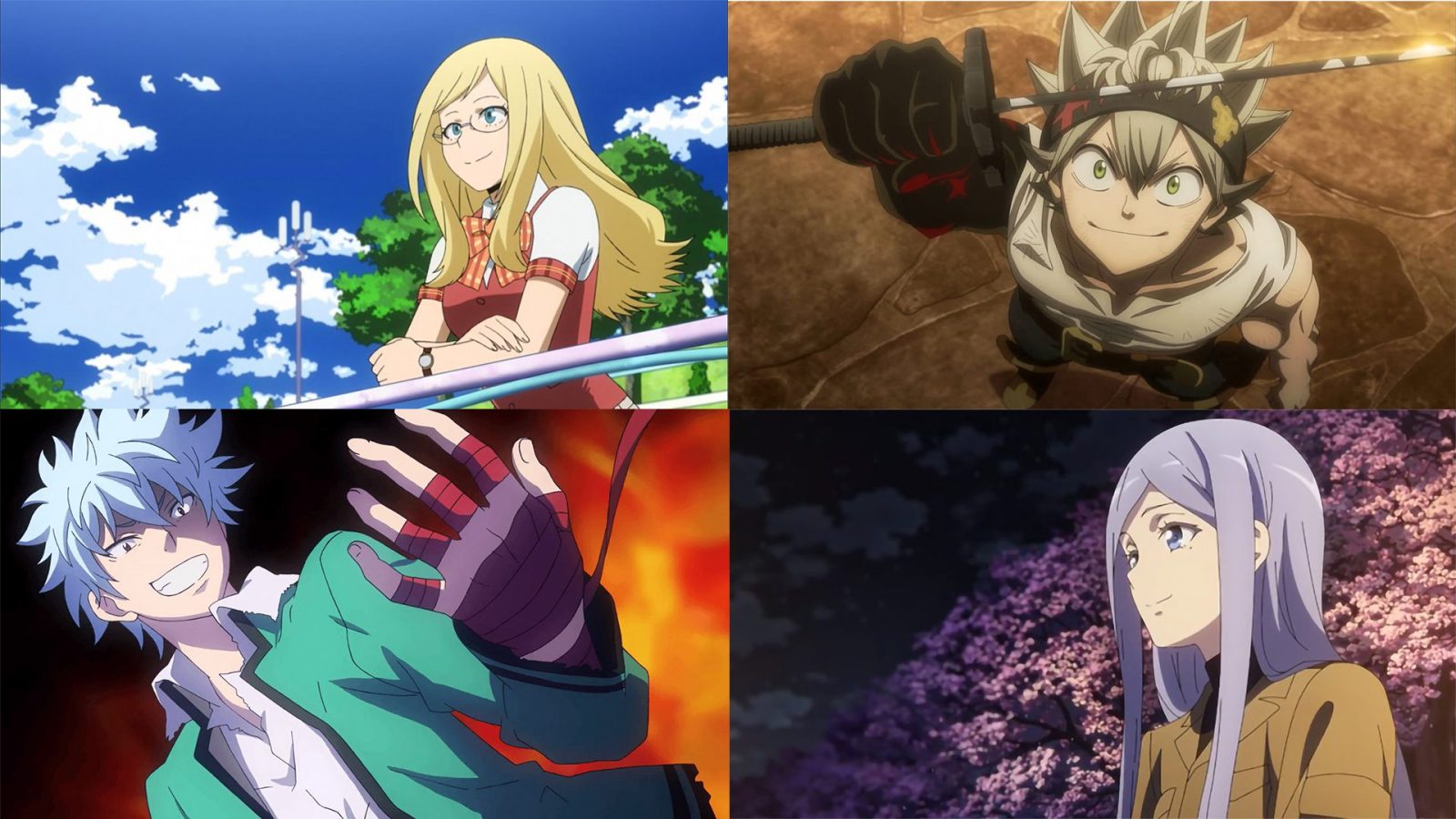 Who does not like celebrating their birthday? Sure, when we grow up, the fashion in which we celebrate our birthday changes too. However, that does not mean that we stop celebrating the day we are born. And for those people who call out on others for doing the same, live a little. The same goes for our beloved anime characters. They may or may not celebrate their birthdays, but their fans sure seem to take it seriously. In this article, we will be talking about anime birthdays from October 1-7. We would exclusively be looking at anime birthdays in the first week of October as we have already covered many of the characters in the complete month of October, which you read later right here. You can check it out later, as it is quite a read.

Licht was born on October 1 and thus is a part of anime birthdays from October 1 to 7 list. He is the leader of the Elf Tribe and also one of the Ten Apostles of Sephirah. Ever since he was a child, Licht believed that humans and elves can co-exist and be able to understand each other. However, not many were supportive of his claims. He receives a four-leaf clover grimoire and saves a human woman from a magical tornado. She had a brother named Lumiere Silvamillion Clover who shared the same belief as Licht. Later, He and Tetia got married and had twins. However, the peace was short-lived as a major event transpires and Licht dies. For those who watch Black Clover know already wassup, am I right? 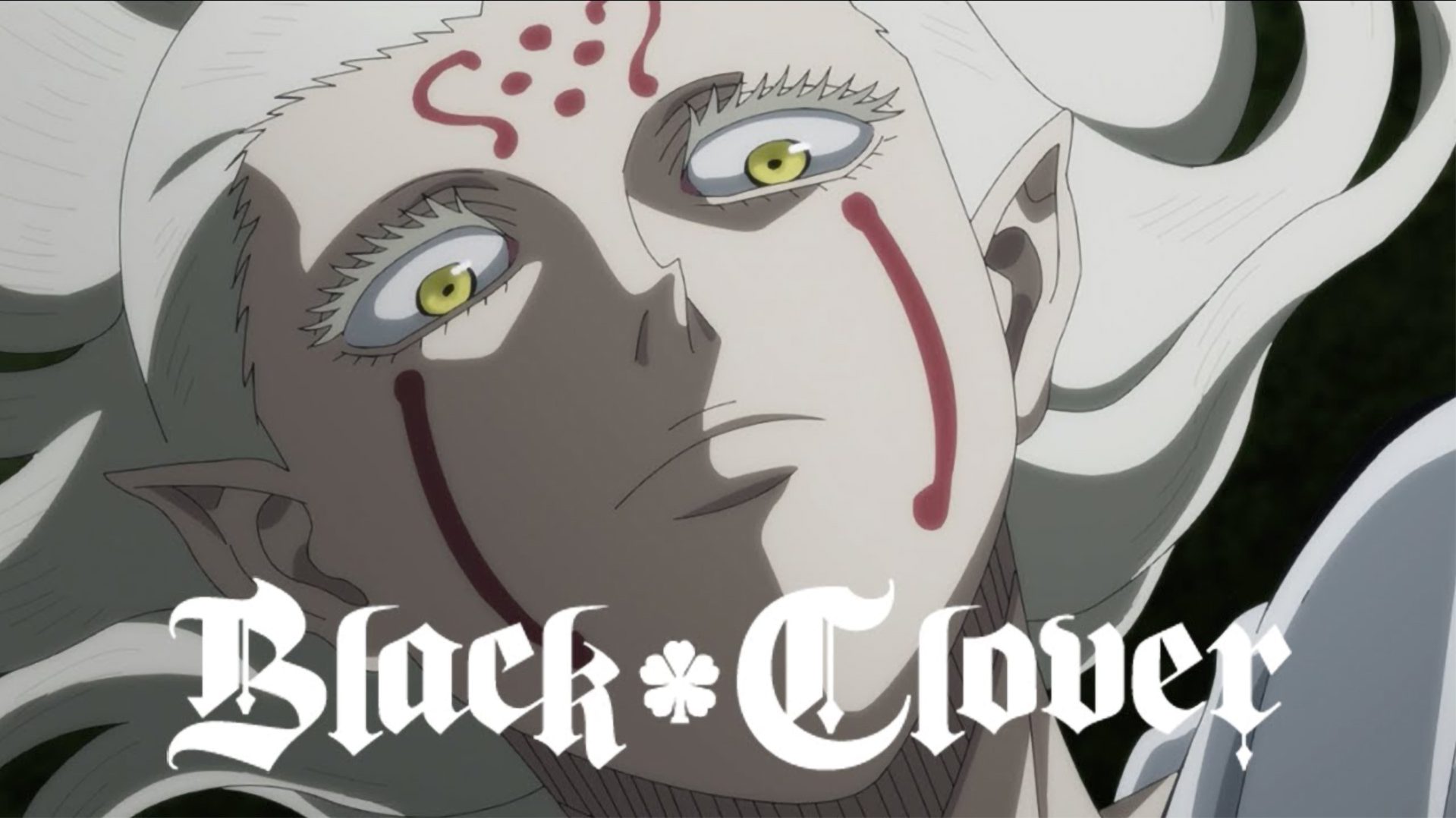 Next up on the list, we have Melissa Shield. She was also born on October 1. She is one of the main characters in the movie My Hero Academia: Two Heroes. Melissa is the daughter of Professor David Shield, who was a former side-kick of All Might. She is a quirkless girl but has quite exceptional intellect, just like her father. She, along with her father, is a resident of the infamous I-Island. This is an artificial moving island that is only and only inhabited by scientists. She is also a student at I-Island Academy, and being the daughter of renowned David Shield, she had a lot to prove. Upon first meeting Izuku, she quickly notices that his own quirk is harming him. And thus, she makes a Gauntlet for Izuku and gifts him so that he can go all out without worrying about causing harm to his body. 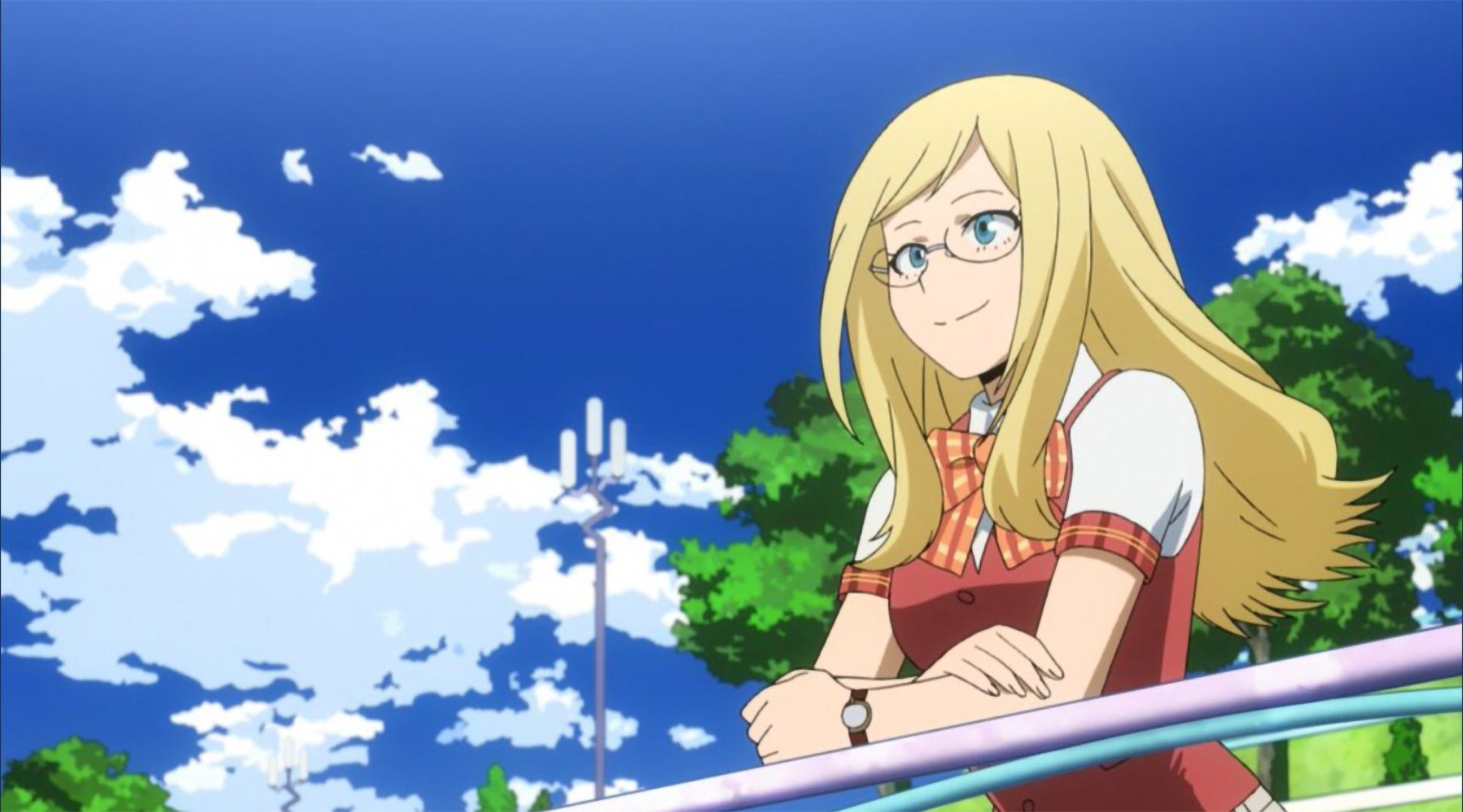 Melissa Shield from My Hero Academia

Anju Emma is the primary supporting character in the anime. She was born on October 2 and made it to this list of anime birthdays from October 1-7. She appeared for the most part in season 1. Anju’s personal name, or the name bestowed upon her, is Snow Witch. When the Special Wartime Peace Preservation Act was brought into effect, she, along with her mother, was sent to the Eighty-Sixth sector. The main reason behind it is that they both inherited blue eyes of Alba heritage from distant ancestors. At the camp, Anju was abused by the other camp members. She was later assigned a squadron with Daiya Irma. After some time, they both joined the Claymore Squadron. 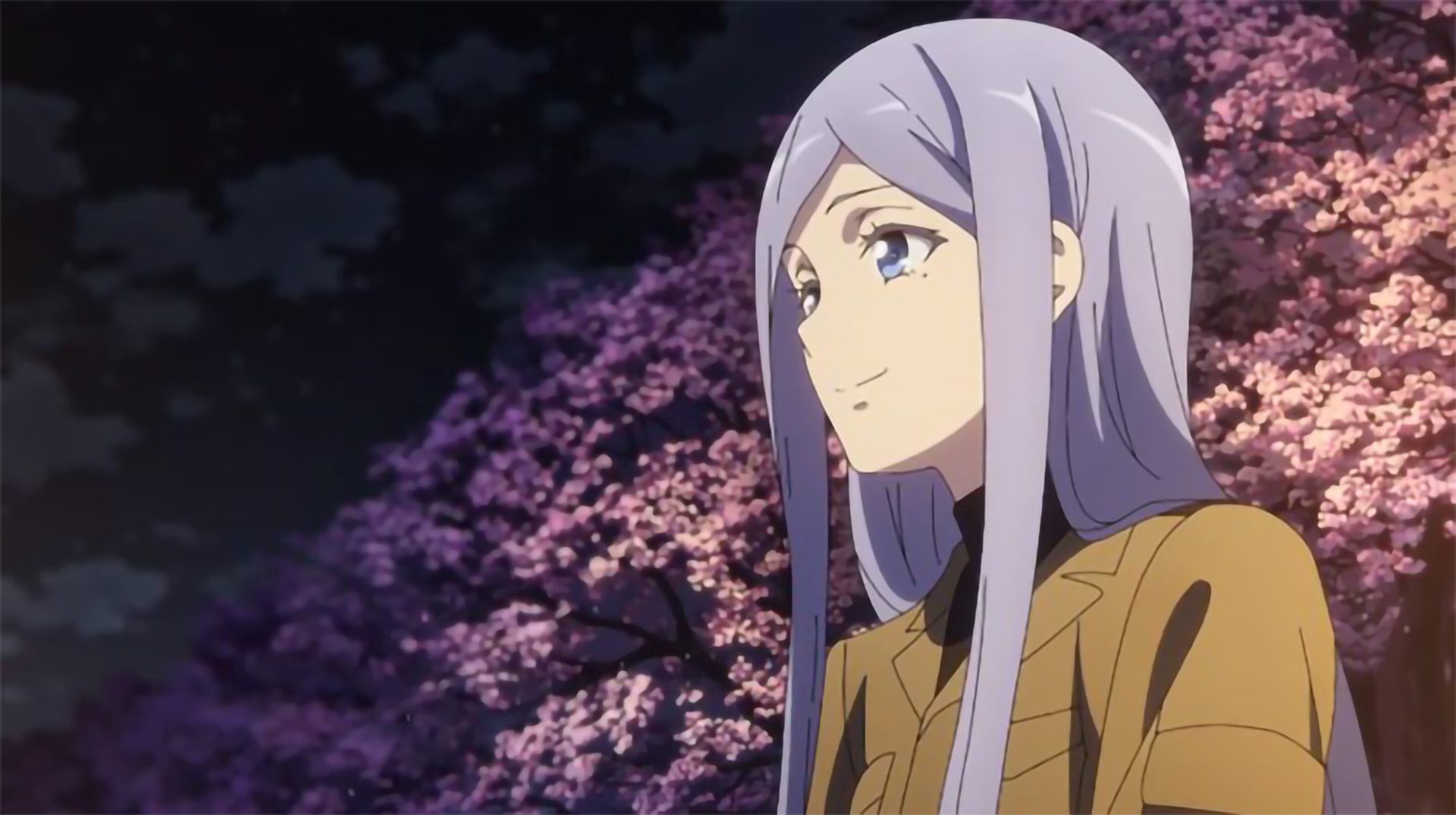 Tachimukai Yuuki was born on October 2. He was a midfielder Yokato team and soon became a goalkeeper for the same. It all started when the captain of Yokota first saw him hiding behind a teammate. He then called Tachimukai out, and so he introduced himself. He and Endou later became friends. The next day, he witnessed what a Majin the Hand looked like and began his training, trying to master it. He somehow managed to master that technique. Tachimukai’s journey has been one big rollercoaster ride. One of the biggest names in the game, Inazuma Japan, chose him as their representative and a second goalkeeper. 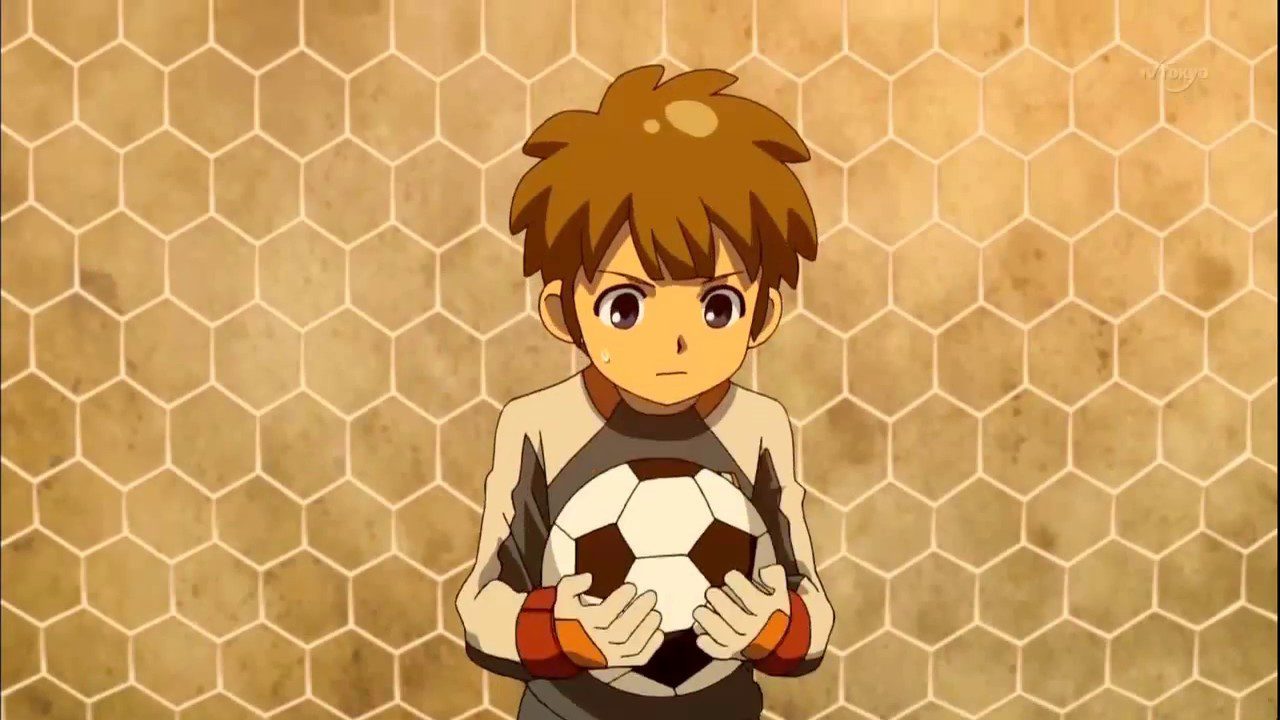 Shun Kaidou is one of the main characters in the anime. He was born on October 3. He is dubbed by his classmates as a Chuunibyou. Now, for those who don’t know the term chuunibyou, it basically means delusional teenager. In fact, these claims cannot be further from the truth. He calls himself The Jet-Black Wings and thinks that all the events that transpire in this world and its functions, in general, are overseen by an organization called The Dark Reunion. Moreover, he is an outcast within his class and often tries to show off, and then his cowardice takes over when danger presents itself. Despite all of this, when a situation takes the turn for the worse, he will protect those who he cares about while putting himself in harm’s way. Hence, he made it to this list of anime birthdays from October 1-7. 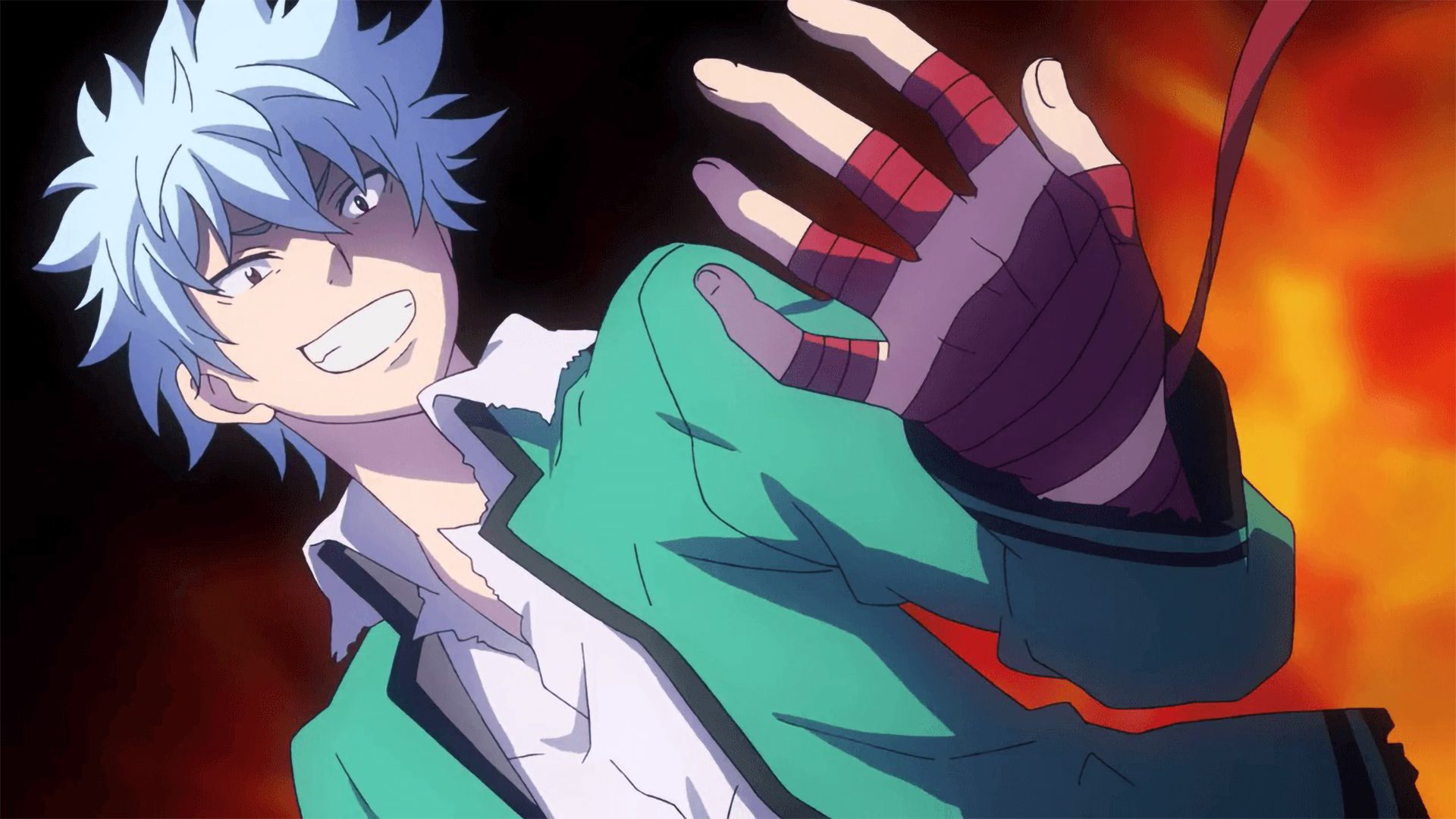 Shun Kaidou from The Disastrous Life Of Saiki K

Asta was born on October 4 and is the main protagonist in the anime. He was abandoned by his mother on the doorstep of a church in Hage and was raised by them. Ever since he was a child, he aimed to become a Magic Emperor after hearing about their lifestyle. However, he lacked the mana in his body required to perform magic. So, Asta started training physically and mentally in hopes of awakening magically abilities inside of him. Years later, Asta goes to Grimoire Acceptance Ceremony in hopes of receiving his grimoire but fails. As he was sulking in sadness hanging on a tree branch, he saw Yuno in trouble and immediately went to help him. He is overpowered by Revchi Salik but does not lose his fighting spirit. A grimoire flies towards him and gives him a sword. With this new sword, Asta defeats Revchi and his goons. 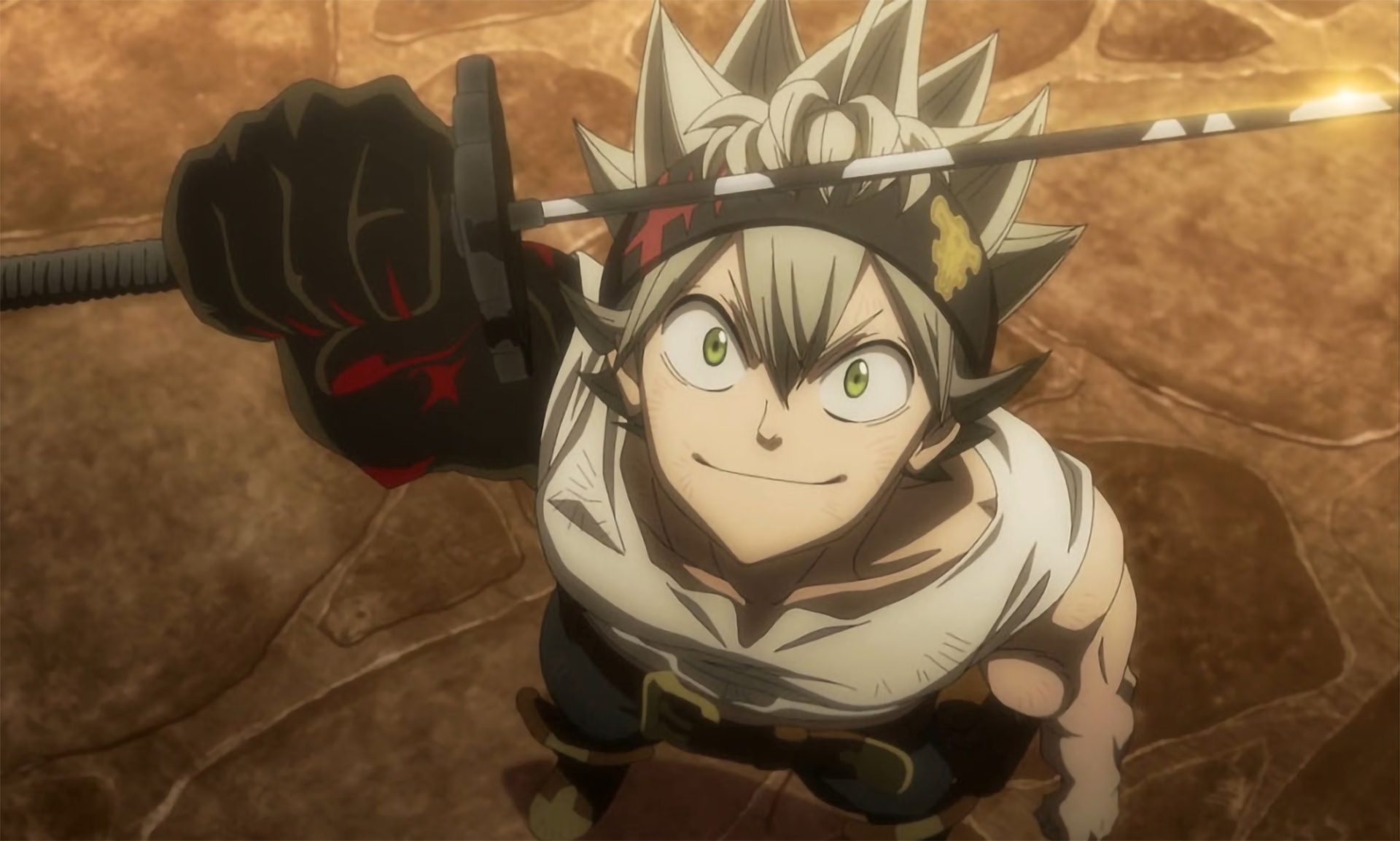 Tsunaga Hakamada, or as we all might know him as Best Jeanist was born on October 5. He is the current no.3 Pro Hero. His quirk itself is quite unique, which allows him to freely manipulate threads from any nearby fabric. He chooses Best Jeanist as his Hero name because he can work best with denim or jeans fabric and can manipulate it freely with minimum effort. Tsunaga’s quirk allows him to also freely manipulate any opponent’s clothing and use it against them. This ability of his is the reason why he is feared by many villains and considered one of the best Pro Heroes. One drawback, though, is that he does not do well with sweats fabric. Tashigi was born on October 6 and thus had to be on this list of anime birthdays from October 1-7. She is the marine officer in One Piece anime, working under Vice Admiral Smoker in base G-5. Zoro first met her when he was walking around the East Blue town and saw that she was being confronted by two pirates. Now, Tashigi was into swords ever since she was a kid, so she quickly finished them off. But while doing so, her glasses fell, and Zoro picked them up for her. She thanked him, but Zoro was shocked after seeing her face up close. She shared an uncanny resemblance to his long-dead friend, Kuina. Tashigi ran into him again when she, along with Smoker, were headed to the execution platform where Buggy was about to execute Luffy. She was shocked to know that Zoro was in the same crew as Luffy. 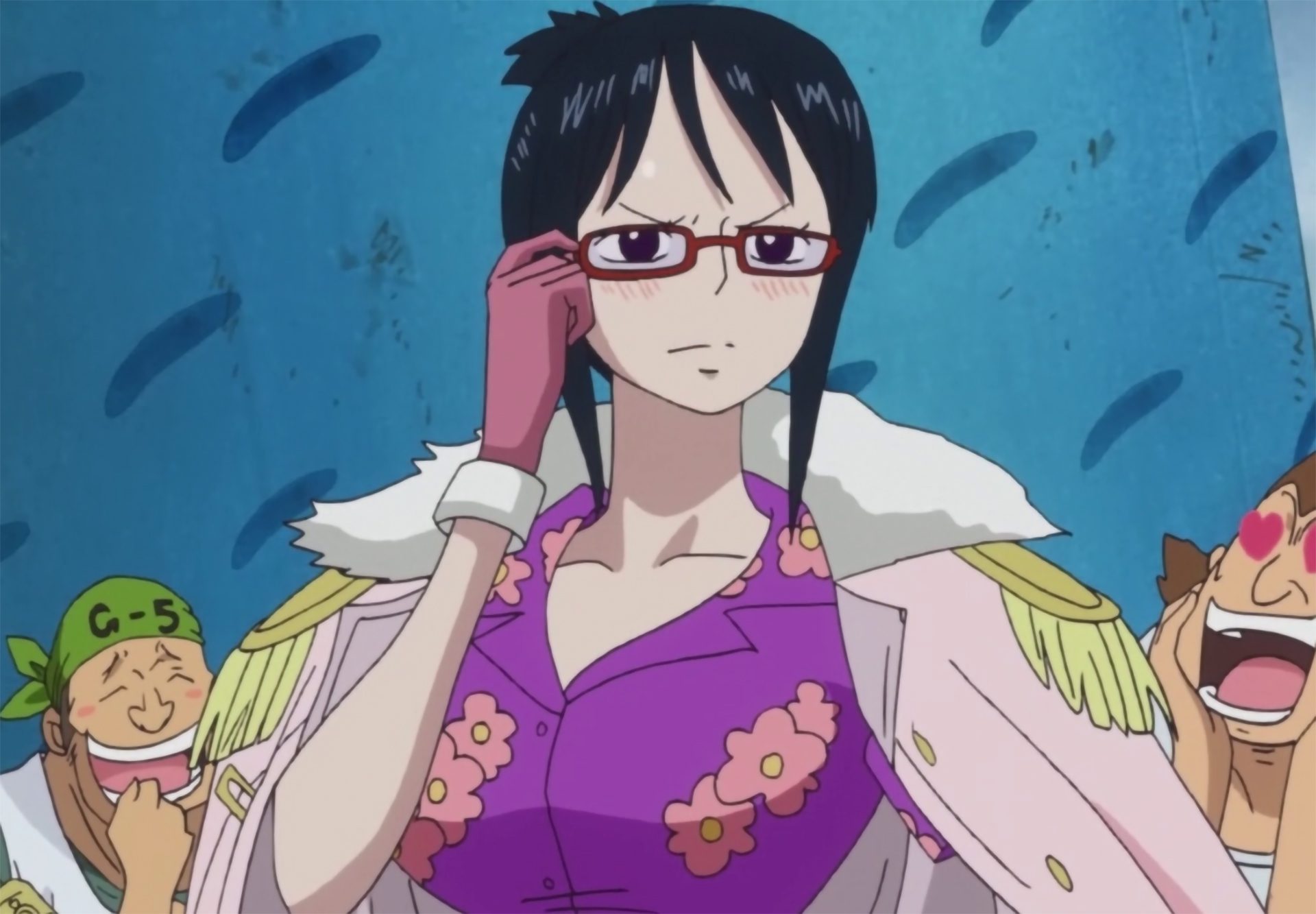 Kirigaya Kazuto, also known as Kirito in the anime, was born on October 7. He is the main protagonist of the series. His birth parents died in an accident just when he was a year old. Ever since he had been adopted by his uncle and aunt and raised as their own son, Kazuto was forced to train at a kendo dojo where his cousin used to train too. However, he was much more interested in computers due to his aunt being an editor for a computer systems magazine. After two years, he dropped out of kendo to learn more about computers. Kazuto’s decision did not sit well with his grandfather, and he received a heavy beating from him. The main plot starts when he is chosen to be one of the 1000 lucky players to be accepted to try Sword Art Online closed-beta. 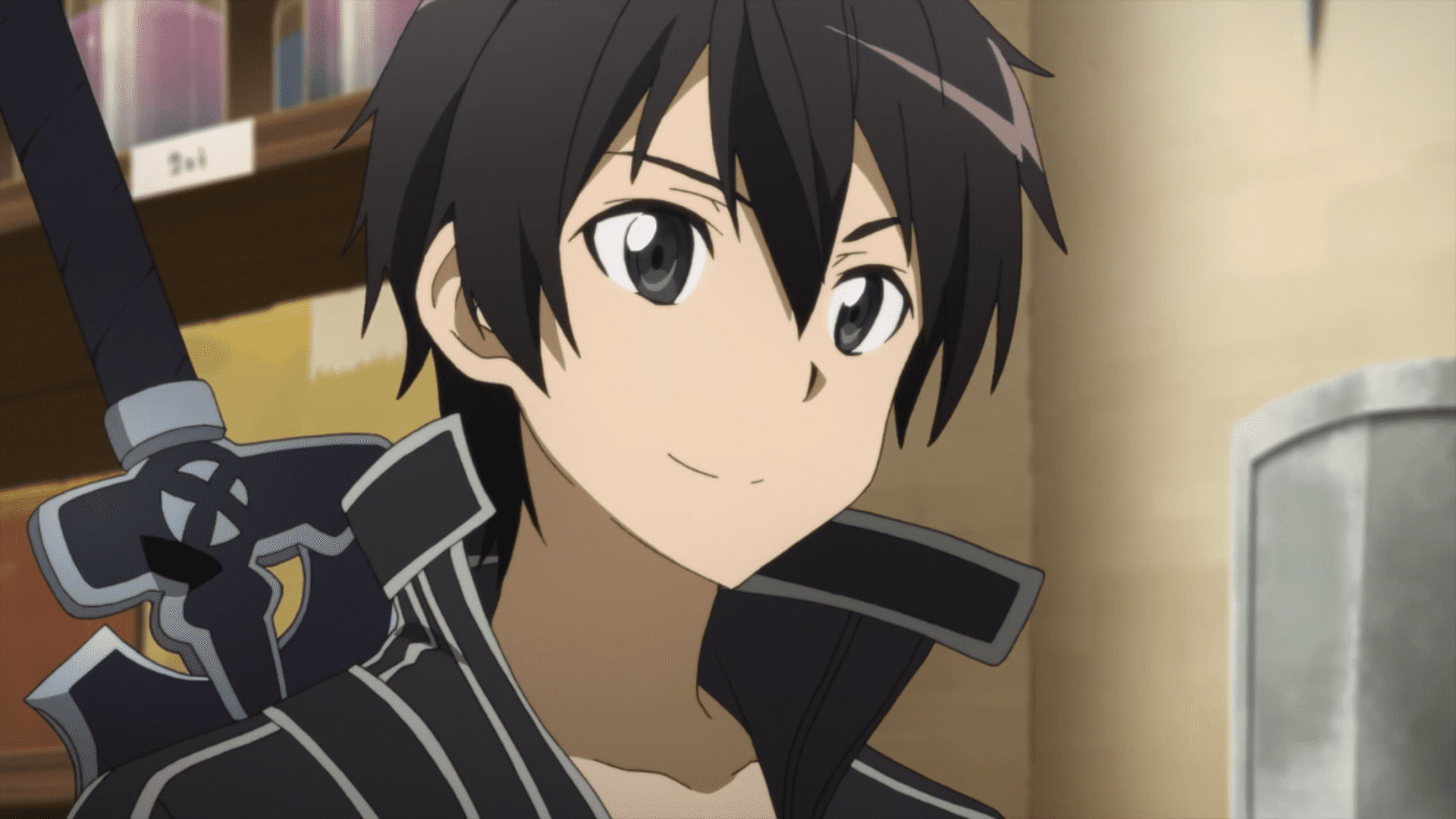 Kozuki Momonosuke was born on October 7 and hence made it to this list of anime birthdays from October 1-7. He is the son of the late Kuri region daimyo and the patriarch of the Kozuki Family, Kaozuki Oden. When he was 8, he traveled 20 years forward in time. With the help of her trusted retainer Shinobu, his body became that of a grown 28-year-old man. However, his brain remained that of an 8-year-old. Momonosuke first met Luffy he fell into the garbage dump. He was surprised to learn that the pirate knew his name, but he thought he must have been thinking about someone else as they had never even met before. He then goes on to explain everything that has been happening in the Punk Hazard. After this, he became an honorary Straw Hat member and went on many adventures with the crew. 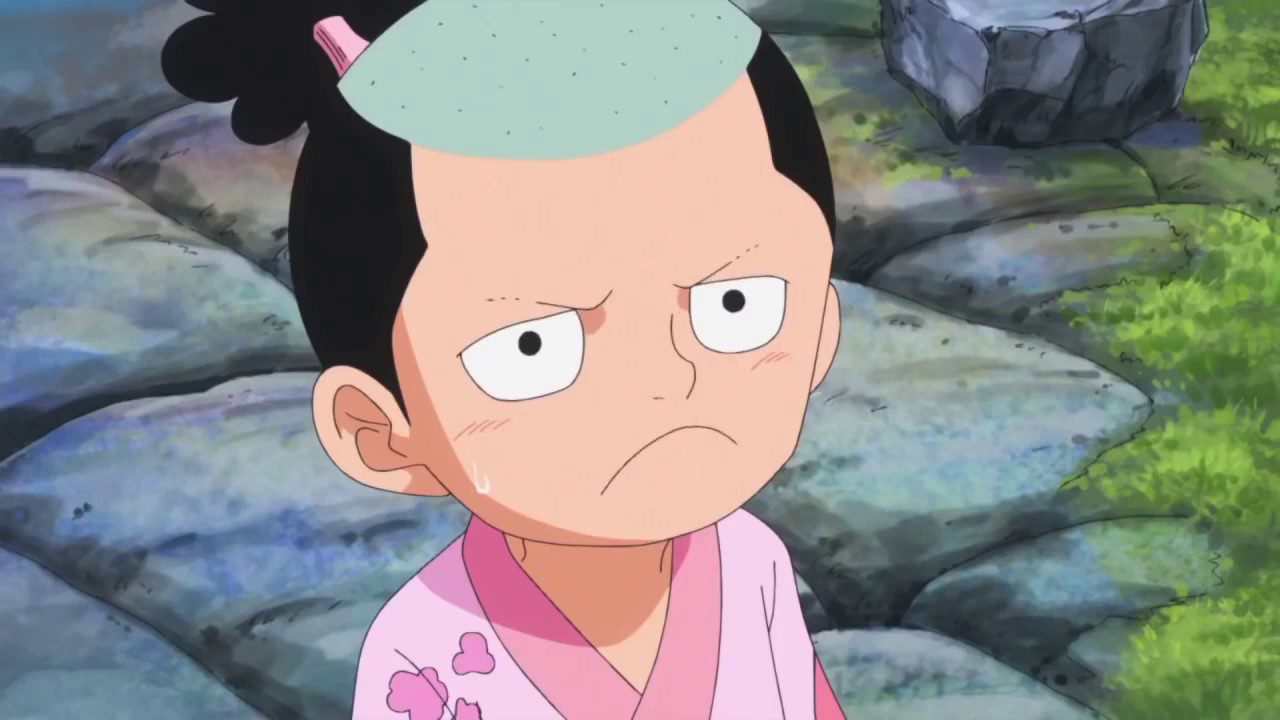