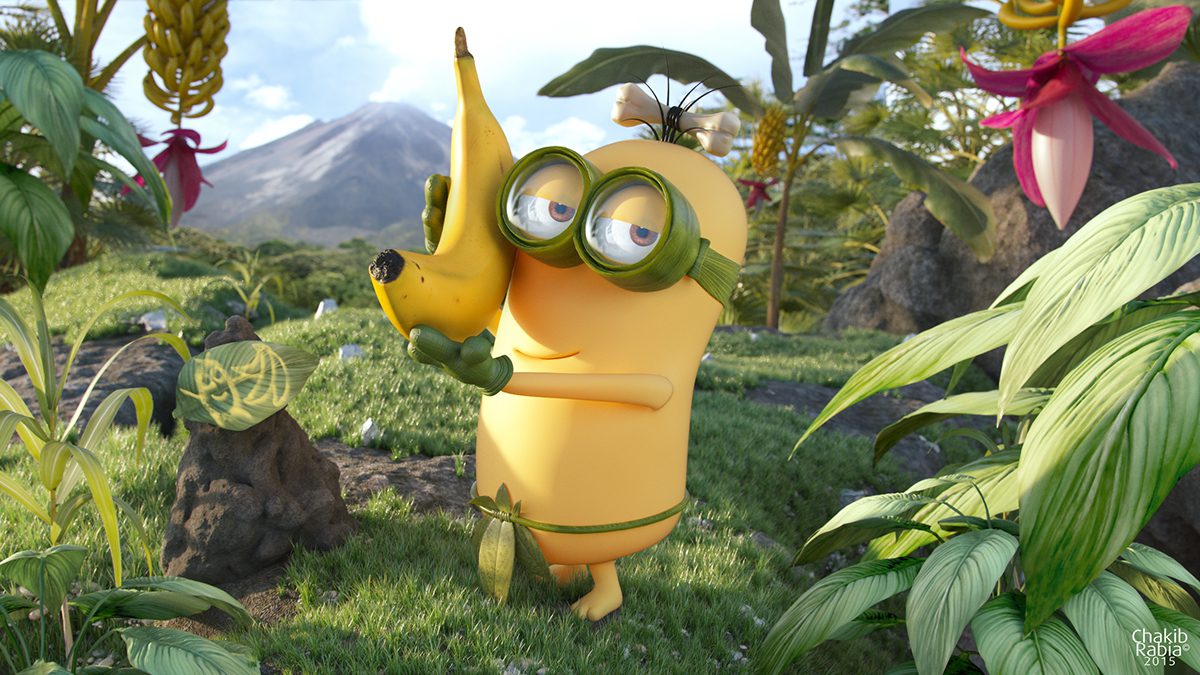 Minions may have gotten their own movie because they captivated the hearts of audiences in the first two Despicable Me films, but they went a little too far. The Minions movie established that the little fellas are better off as sidekicks than main roles in a feature picture. Minions were on Netflix’s top 25 movies list in 2021, but the slapstick hilarity wore off quickly, and the film simply lost momentum. However, given the film’s worldwide box office gross of almost $1.1 billion, it appears that Minions’ often absurd gags may have struck a chord with younger audiences. Without the Minions, Despicable Me would not be what it is today.

I f’in love Minions, the funniest part about Minions is their silliness and their weird language, like when they say BANANAA is just i dont know what. Have you seen that Minion Idol Singing scene, that 2 min scene is just enough to love minions. Obviously, after watching Minions you want to watch more movies like it. So here’s, Movies Similar To Minions. See, I’ve been a fan of hilarious animated movies since childhood and have watched a lot of them. So, you can blindly believe and follows this list, these movies are my favorites, and I have died watching them. Consider this as hilarious animated movie recommendations from one friend to other. And when you watch all of these movies, You’ll Get RESPECT, POWER, And Most Importantly BANANAAAA.

Shrek’s country has been invaded by small fairy tale creatures. Shrek tracks down the sender of these fantastical animals. The person in charge of bringing these monsters to his country was Lord Forquad. Forquad is on the hunt for a Princess so that he can marry her and become a Prince. Forquad assigns Shrek a quest to find the Princess and grants Shrek his kingdom back. Shrek locates and returns the Princess. Princess Fiona begins to develop feelings for Shrek. 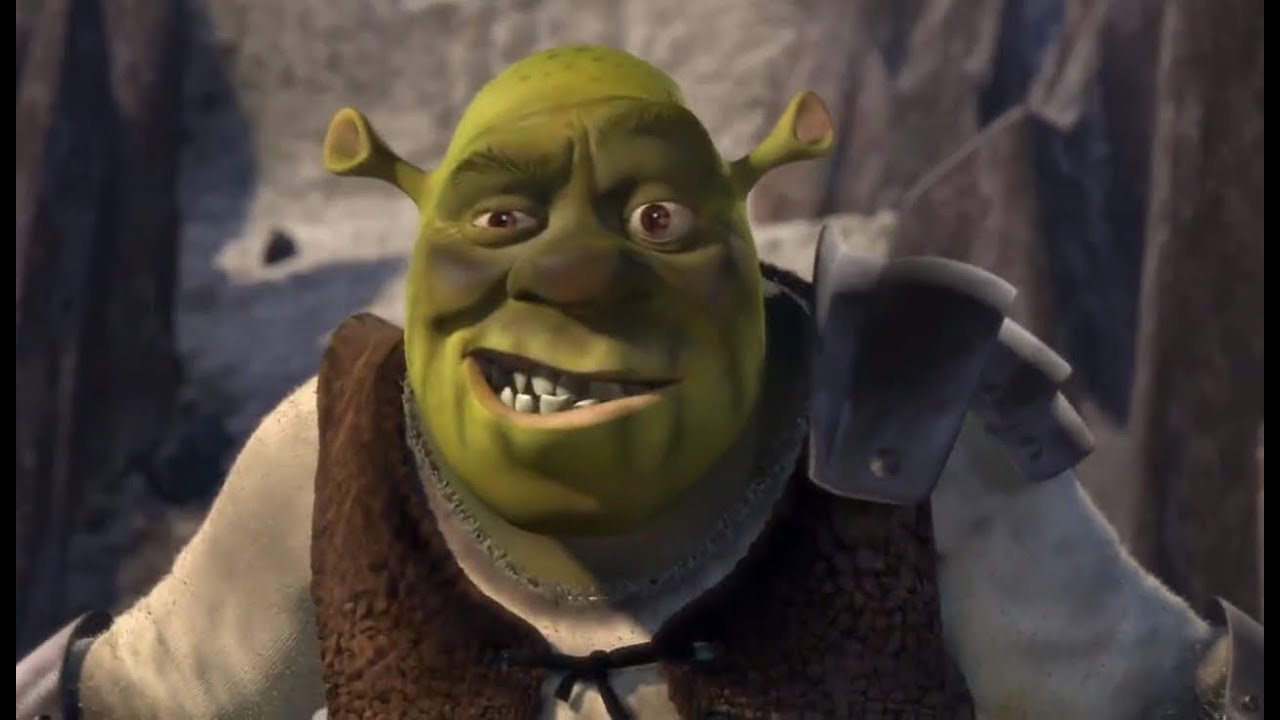 Fiona is talking about how she could never love an ugly beast when Shrek comes by. Shrek thinks she’s talking about him, but she transforms into an oger at night. When Shrek and Donkey return to their home, Donkey informs Shrek that Fiona has fallen in love with him. Shrek and Donkey go to the wedding to stop Forquad and Fiona from getting married before dusk. Shrek confesses his love for Fiona. Fiona tries to explain to Shrek that she is one thing during the day and another at night. Who she is is determined by her first true love kiss.

Marty, the bored and unhappy zebra of the famed Central Park Zoo, breaks loose on the night of his tenth birthday party, yearning to roam free in the vast landscapes of Mother Africa. Marty’s friends—Alex, the content lion; Melman, the nervous giraffe; and Gloria, the tenacious hippo—will be crated and hauled off to a secluded wildlife preserve, only to wind up on the sands of exotic Madagascar following a botched rescue effort. Marty’s desire will finally come true, but what does it mean to genuinely be a wild animal? 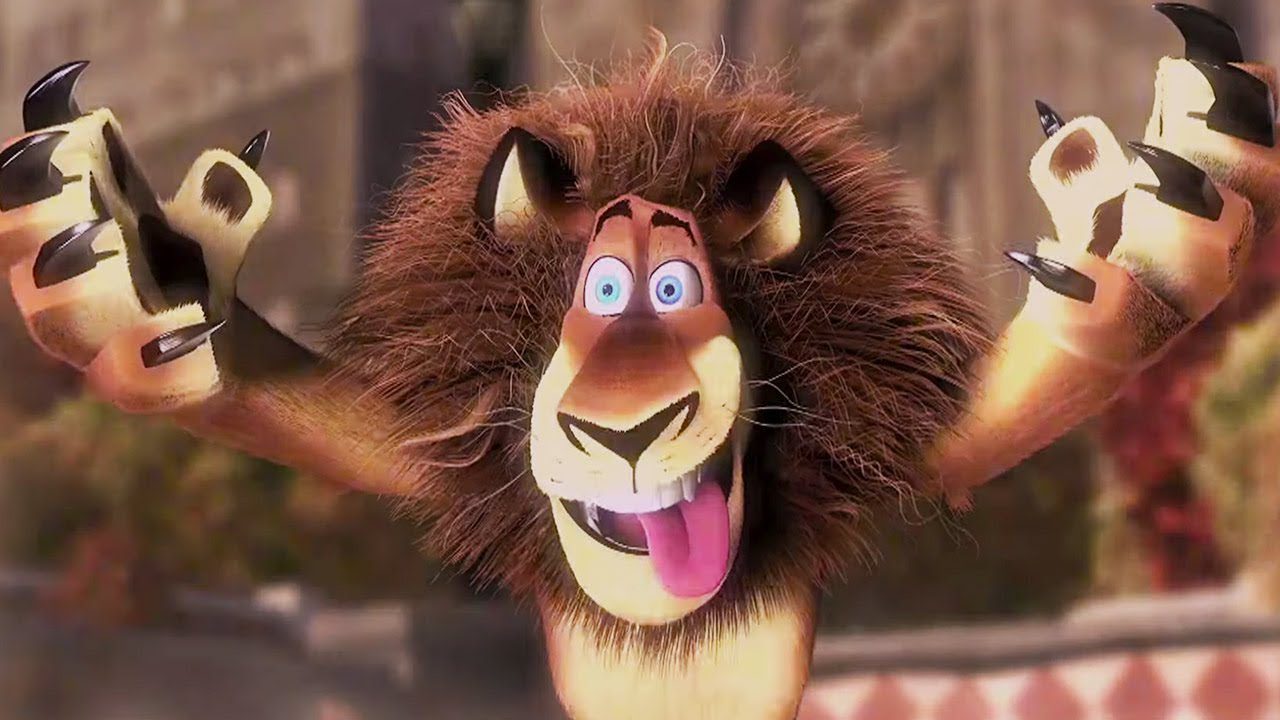 Shopwell’s Grocery Store’s items are programmed to believe in a code that allows them to live happy lives until it’s time to leave the convenience of the supermarket and venture into the unknown. However, one sausage named Frank and his friend Bun is left stranded after a disastrous excursion to the great beyond. Frank goes to tremendous measures (pun intended) to go back to his box and take another voyage to the farthest reaches of the universe. Frank’s desire to find the truth about his existence as a sausage becomes terribly dark as his adventure takes him from one end of the store to the other. Can he convince the rest of the supermarket of the truth and convince his fellow items to revolt against their human masters? 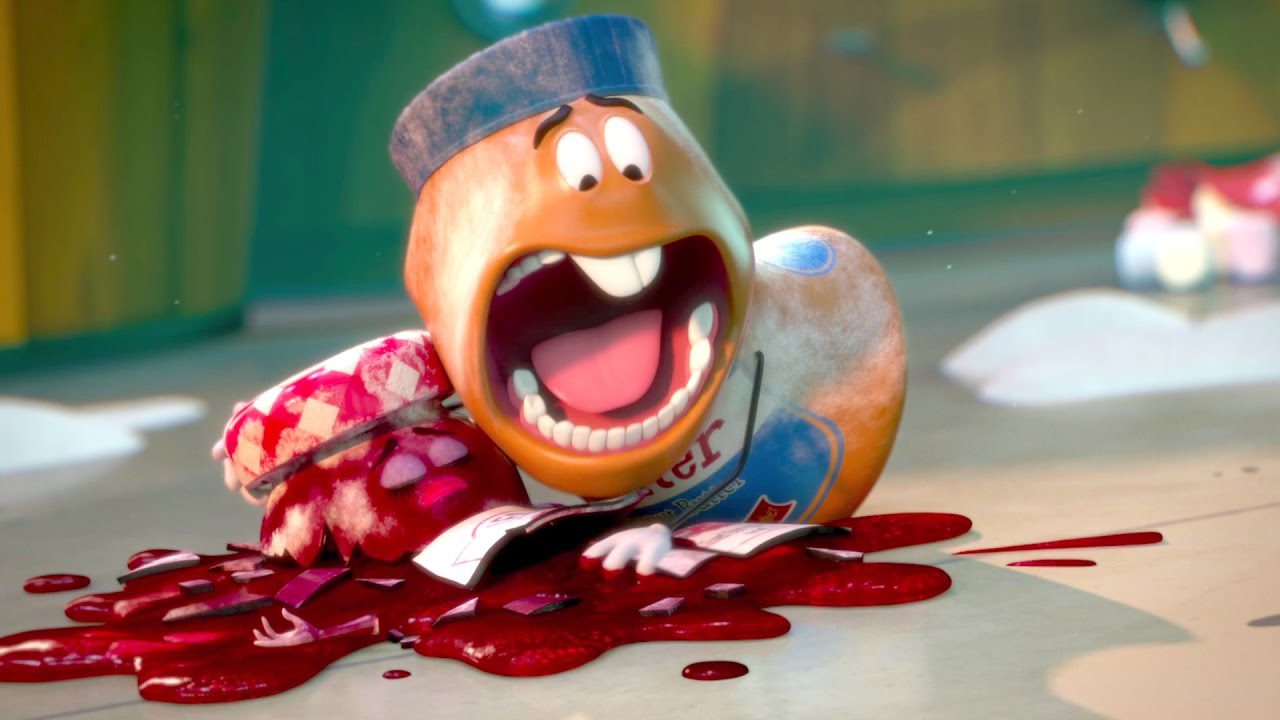 It’s the tale of Po, a slacker panda who is the biggest Kung Fu lover in the world…which doesn’t come in helpful while working every day in his family’s noodle store. Po’s dreams come true when he enters the realm of Kung Fu and studies alongside his idols, the famed Furious Five — Tigress, Crane, Mantis, Viper, and Monkey — under the guidance of their teacher, Master Shifu. 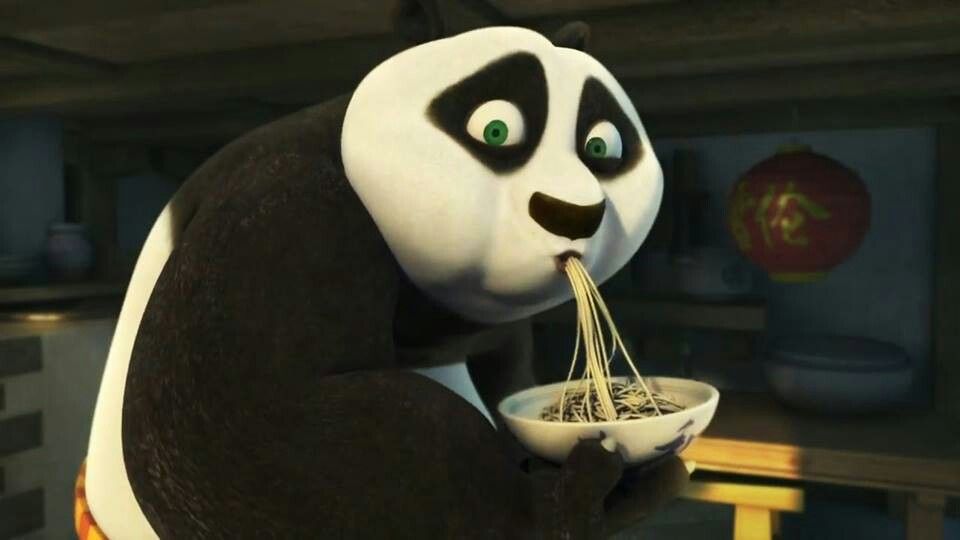 But, before they realize it, the spiteful and treacherous snow leopard Tai Lung is on his way, and it’s up to Po to protect them all. Is he capable of realizing his ambition to become a Kung Fu master? Po puts his heart – and his girth – into the job, and the unlikely hero discovers that his worst flaws end up being his greatest assets.

Sherman, Mr. Peabody’s adoptive 7-year-old young human son, is a brilliant anthropomorphic dog. He teaches Sherman how to use the WABAC, a time machine, to travel throughout history. During the French Revolution, they pay a visit to Marie Antoinette in Versailles. Peabody is nearly executed by Maximilien Robespierre when he is caught up in the Reign of Terror, but he manages to flee with Sherman through the Paris sewers. Sherman begins his first day of school at the Susan B. Anthony School in New York City today. 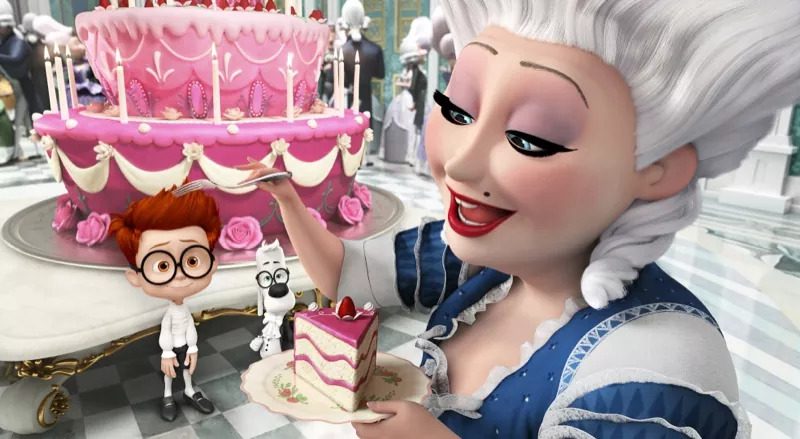 His understanding of the cherry-tree anecdote’s fictitious character leads to a battle with Penny Peterson in the cafeteria, where she chokes him. Principal Purdy summons Peabody and informs him that Sherman bit Penny. Sherman is also addressed by Ms. Grunion, a Child Protective Services agent, who believes Sherman’s conduct is the result of being raised by a dog during this meeting. She tells Peabody that she is going to their house to see if he is a bad dad.

5. Spider-Man: Into the Spider-Verse

It’s my favorite animated film, but I’m not going to be biassed on my list just because of that. Because it avoids all of that, Spider-Man: Into the Spider-Verse is immensely exciting. It’s daring, irreverent, and exciting. It’s funny but also very serious, with a lead character worth caring about. It’s the kind of film that makes you want to watch more of the franchise’s installments, not just to learn more about the numerous new characters and worlds it teases, but also to see how Miles Morales’ Spider-Man develops and changes. 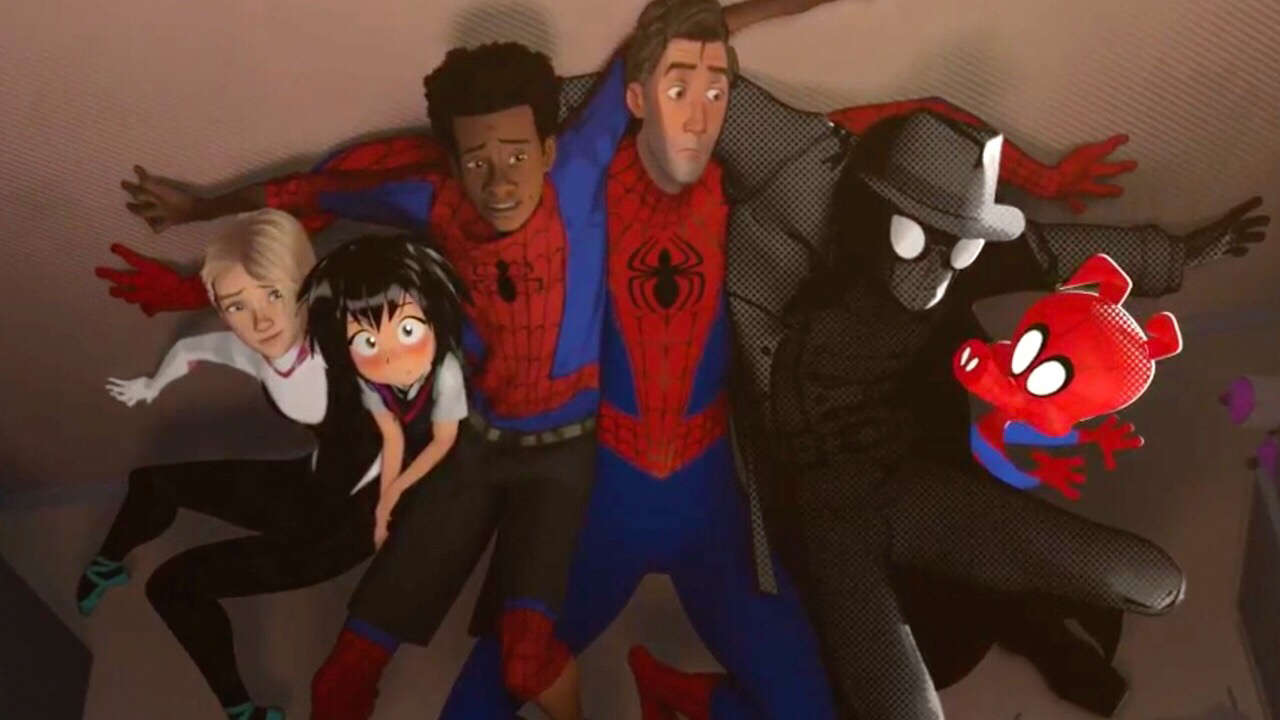 Spider-Man: Into the Spider-Verse

Spider-Man: Into the Spider-Verse is an origin narrative that realizes that it is an original journey and that you are tired of Spiderman origin stories at this point. It begins with Peter Parker passing the ropes over to Miles Morales, but not before introducing other Spider-people and their backstories. Gwen loses Peter, numerous Peter Parkers lose someone, and Spider-backstory Ham’s are all revealed. Almost everyone has known someone who has died, which has caused them to take the spider-person job seriously.

Tim Templeton, seven years old, has always had a vivid imagination, and his life has been all peaches and cream for the previous seven years, receiving all the love and devotion from his loving parents. But, little by little, after the arrival of Boss Baby, an unexpected new brother clothed in a black suit with a tie and a briefcase, things began to change. 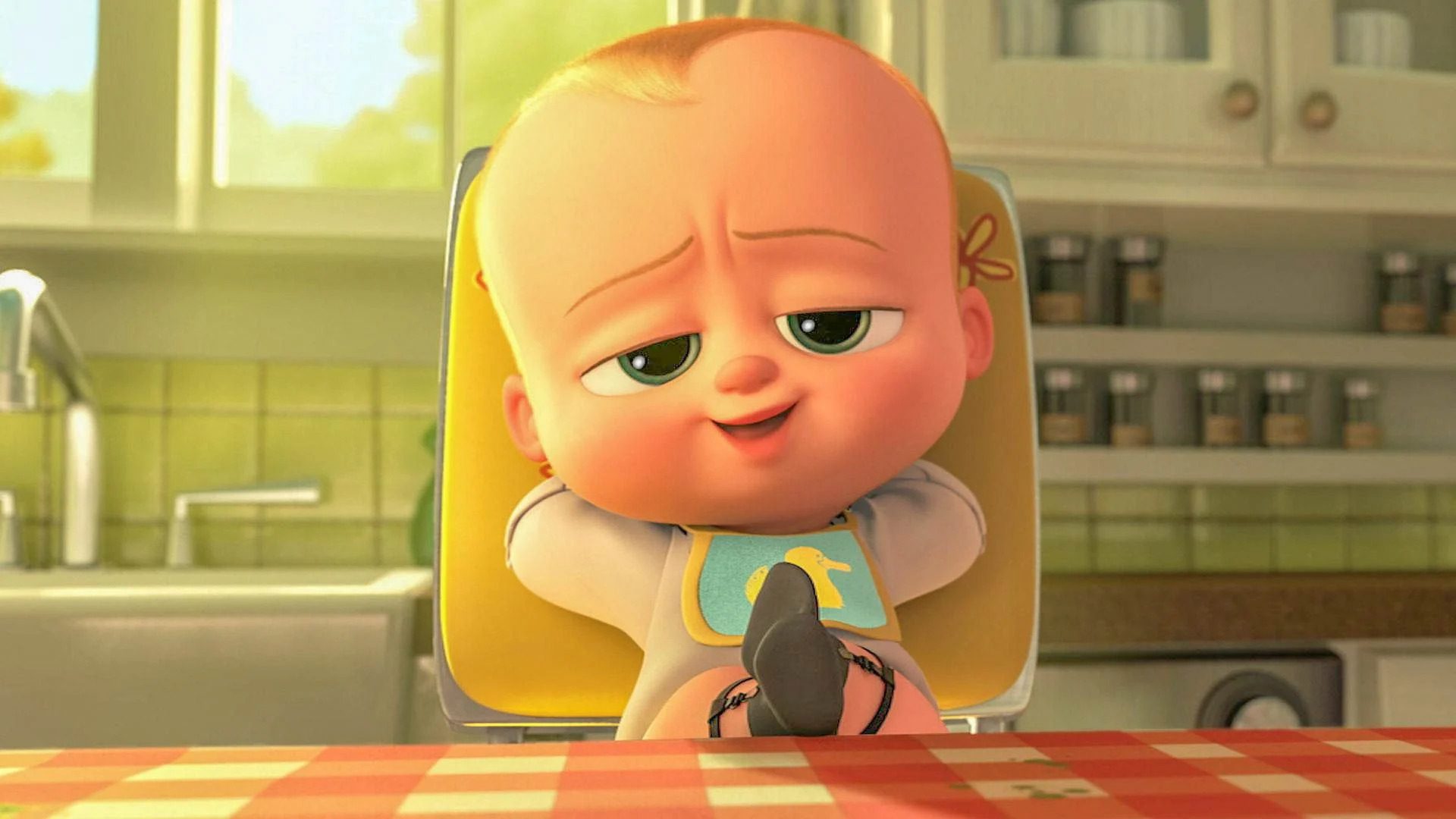 Tim realizes that the adorable newcomer has taken up the entire house and robbed him of his joy. But, soon, Tim and the new boss in a diaper will have to put their differences aside and work together, as a devious conspiracy involving Puppy Co.’s CEO threatens to tip the power balance in favor of their insidiously gorgeous furry adversaries. The next pet conference is only two days away now. So hurry up, brothers.

On the serene Bird Island, life is simple; yet, Red, the flightless, bad-tempered outcast, struggles to keep his cool. Red’s temperament will inevitably drive him to an obligatory anger management class, where he will meet other outcasts like Chuck and Bomb, who will become the closest thing he has to family. Nothing, on the other hand, could irritate Red more than a ship loaded with Captain Leonard’s green-hued pigs claiming to be arriving in peace. Is this peaceful invasion, in the end, more than it appears? Will the irritable islander be able to solve the puzzle? 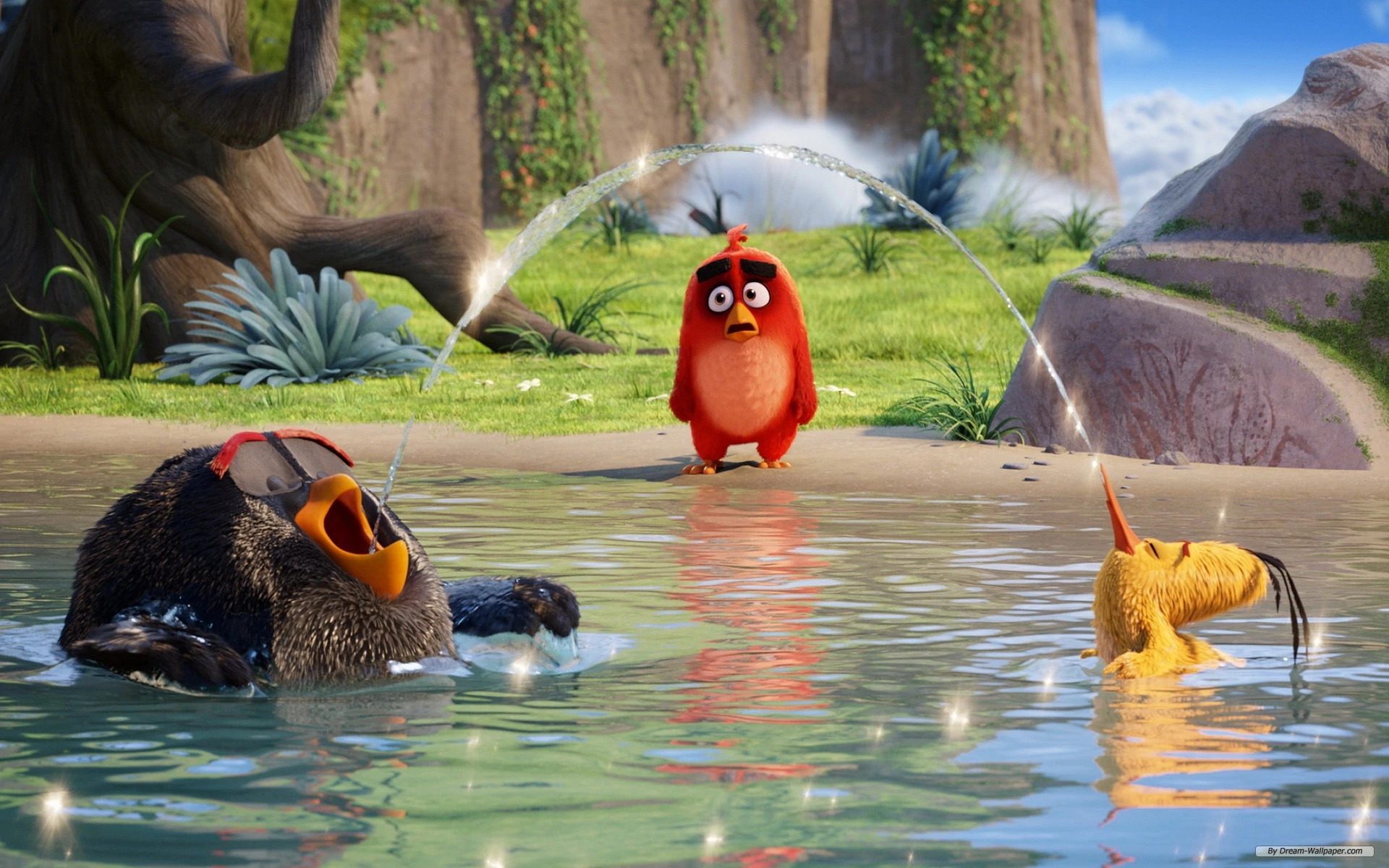 Max, a Jack Russell Terrier, lives in a Manhattan apartment with his owner Katie. He hangs out with other pets in the building during the day, including pug Mel, tabby cat Chloe, dachshund Buddy, and budgerigar Sweet Pea, while she is at work. Katie adopts Duke, a huge mutt from the pound, and Max is envious of her divided attention on Duke. 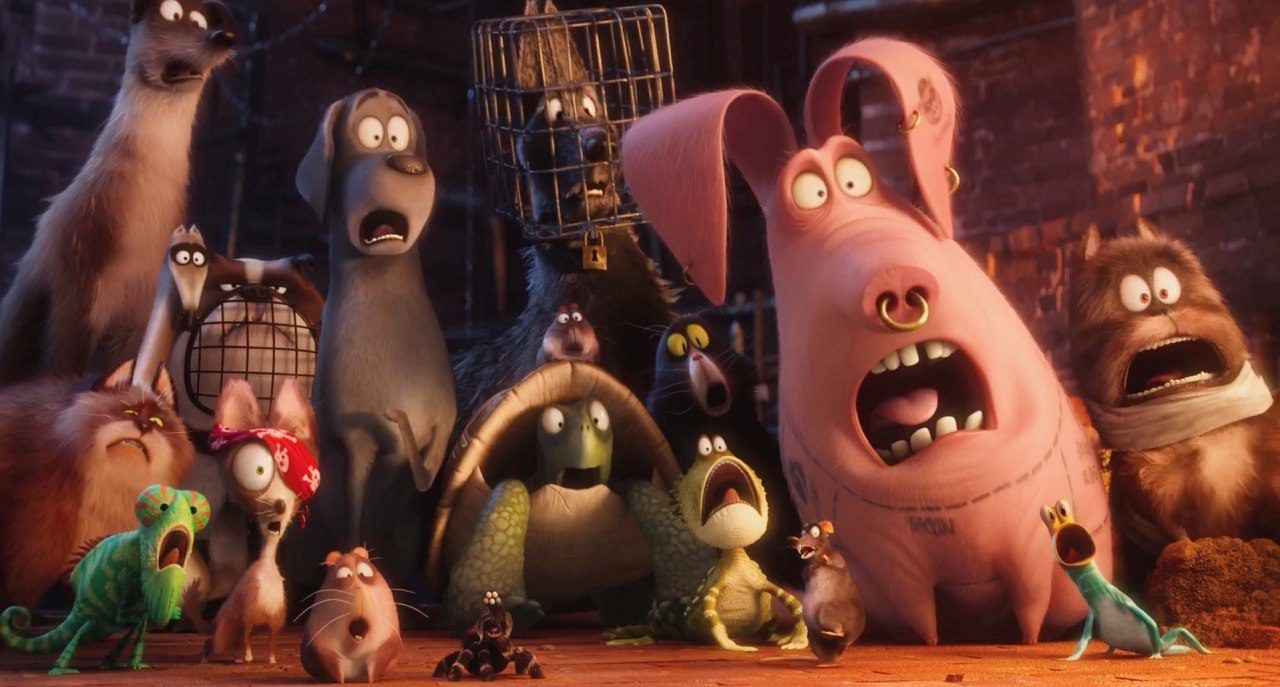 Duke is enraged by Max’s treatment of him and tries to abandon him in an alley, but they are both attacked by cats, led by Sphynx cat Ozone, who takes both dogs’ collars and abandons them to Animal Control. Duke is afraid that if he returns to the pound, he will be killed. When Gidget, a white Pomeranian who is (not so) secretly in love with Max, learns that he is missing, she sets out to track him down.

Penguins of Madagascar tells the tale of three brave penguins, Skipper, Kowalski, and Rico, who saved a penguin egg and raised it to become their teammate, Private, a charming and cuddly penguin. Skipper and his pals get bored with the circus from the previous Madagascar film ten years later. For Private’s birthday, Skipper takes them to Fort Knox to purchase Cheesy Dibbles. A purple octopus named Dave kidnaps them at Fort Knox. Dave has devised a heinous scheme to humiliate and eliminate Skipper, his buddies, and all penguins. To stop Dave, Skipper’s crew joins an elite gang of animal covert operatives. 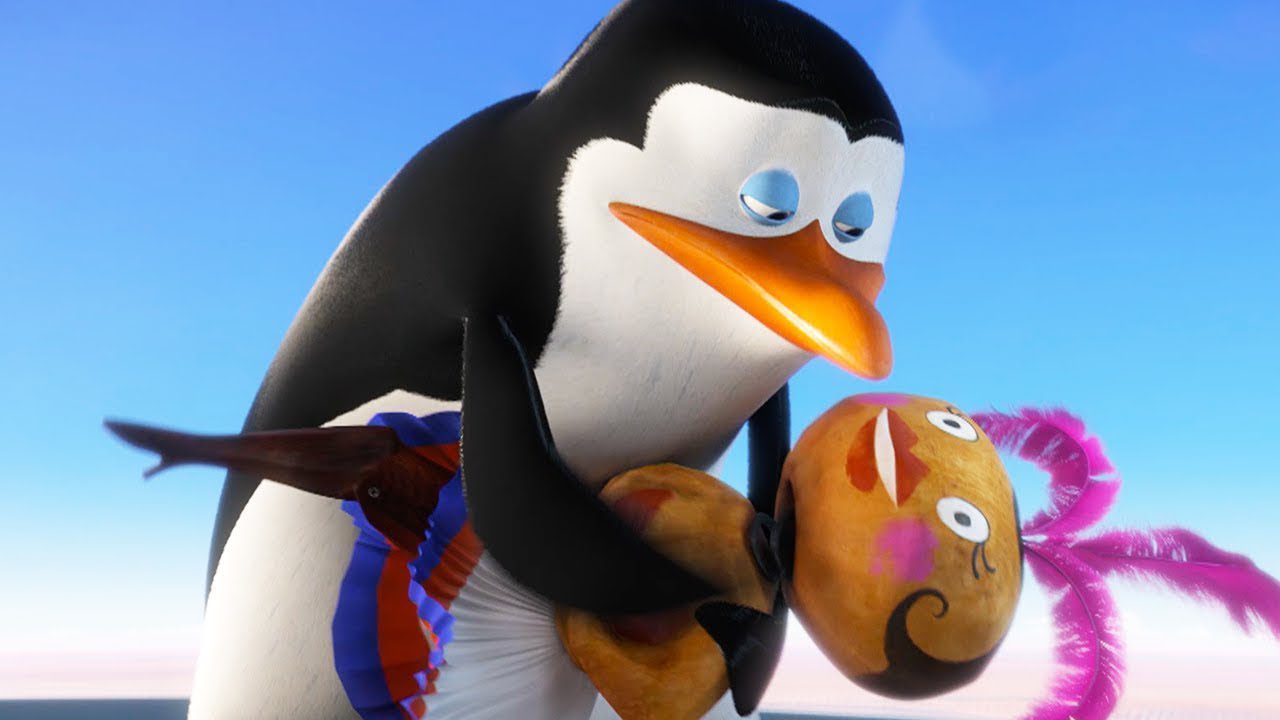 Penguins Of Madagascar is an action-packed, humorous, and heartfelt animated film. Almost all of the time, it emphasizes the importance of doing the right thing. The jealous villain and his evil revenge plan are ultimately defeated by an act of selfless love. Penguins teach that what matters is what you do, not how you seem. Another lesson taught in the film is to never abandon a man. Penguins Of Madagascar is a wonderful family film that is relatively pure and includes comforting moral and redemptive teachings for all.