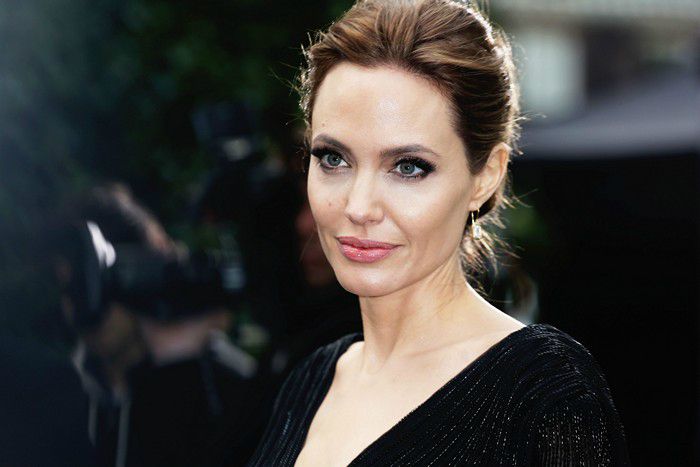 There won’t be a person in the world who doesn’t know about the famous actress Angelina Jolie. Angelina is an actress, filmmaker, and humanitarian. Her works have received a lot of awards for her work in the film industry. These include the Academy and Golden Globes Awards. Her works in the Films Wanted, Salt, A Mighty Heart, Changeling, Maleficent, and many more had gained her recognition worldwide. Jolie is currently one of the few of the highest-paid actresses in Hollywood. Angelina Jolie’s net worth is estimated to be around $120 million.

Apart from being an actress and a filmmaker Jolie is also a humanitarian. She has also got the Jean Hersholt Humanitarian Award. And also made an honorary Dame Commander of the Order of St Michael and St George. Her humanitarian works include conservation, education, and women’s rights. As a public figure, Jolie is one of the most powerful and influential people in the American Film Industry. She has divorced  Jonny Lee Miller and Billy Bob Thornton and legally separated from Brad Pitt in 2019. Jolie and Pitt have six children together. Also, of which three children are adopted internationally. 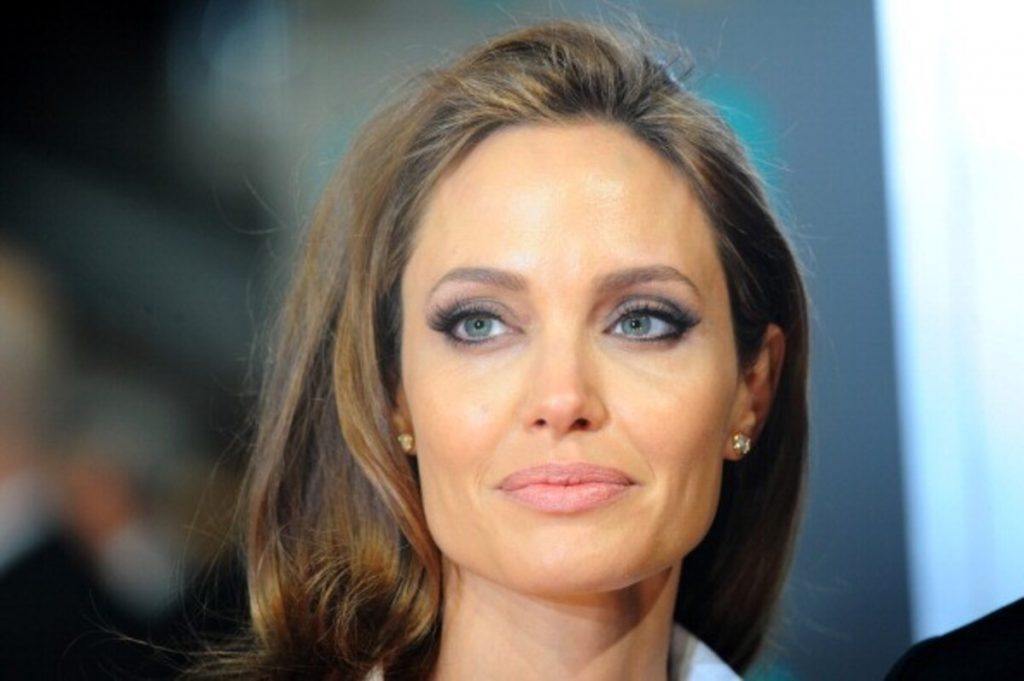 Jolie was born on the 4th of June 1975. She was born in Los Angeles, California. She is the daughter of well-known actors Jon Voit and Marcheline Bertrand. And the sister of actor James Haven. And also a niece of the famous singer and songwriter Chip Taylor and the Geologist and Volcanologist Barry Voight. The place of her godparents is taken by actors  Jacqueline Bisset and Maximilian Schell. Jolie is of German and Slovak ancestry, while on her mother’s side, she has French, Canadian, Dutch, and German ancestry. Jolie and her brother stayed with her mother following the separation of her parents. Her mother had quit acting to focus on raising her children, and her father was gaining huge success in the film industry. She grew up watching her father’s films.

This is the thing that had spiked her interest in acting. At the age of six, she joined the Lee Strasberg Theatre Institute and did sever stage production in the following two years. Later, at the age of seven, she starred in her first movie, ‘Looking to Get Out,’ along with her father. This is where her acting career started. Jolie had attended Beverly High School. But the experience there was not so warm. She felt isolated among the kids with influential families. Also, bullied at school for being skinny. And also for wearing braces and glasses.

As a teenager, she tried to self-harm as she found it very difficult to connect with others. She has insomnia and a sleeping disorder. Got into drugs at the age of 20. Also, they wanted to kill herself at the age of 19 and 22. At 24 hired a hitman to kill herself, and she had a nervous breakdown. After 2 years, she adopted her first child and found some stability in her life. She stated that she was committed to Madoxx and would never be self-destructive again. Her relationship with her father was also not very great. They reconciled during the film Lara Croft: Tomb Raider, but their relationship again deteriorated.

Around 2002 her father went public and claimed that they had estrangements. Further, he claimed that Jolie had serious mental issues. They did not speak for six and a half years after that. But reconciled in 2010 after Jolie’s mother’s demise in 2007.

Jolie took up acting professionally at the age of 16. But she found it difficult to pass the auditions. So she starred in five of her brother’s student films, as well as various music videos. She later began to observe her father’s observing people become like them, which helped her a lot in her career. During this period, they both realized that they were both huge Drama Queens. Her career started with the film Cyborg 2. Later she appeared in her second film, Hackers. Although it failed to make a profiting box office, the film incurred a huge cult following the video release. She started gaining recognition after her films ‘Love Is All There Is’, ‘Mojave Moon,’ and ‘Foxfire.’

Her career opportunities increased after she won the Golden Globes Award for her work in Wallace in 1997. For this film, her role was the highlight for the critics. She also received the Golden Globe Award for Best Miniseries or Television Film and got a nomination for the Emmy awards. Her breakthrough was the role of Gia Carangi, the supermodel in the film Gia. This film won her second consecutive Golden Globe Award and a nomination for Emmy Award. And also her first Screen Actors Guild Awards. After this film, Jolie had briefly quit acting and also left her husband, Jonny Lee Miller. And in this shoot, she was also mentioned as difficult to deal with. After that, she returned to screen again with the film ‘Playing By Heart.’

The films that boosted her career were ‘Hell’s Kitchen,’ ‘Pushing Tin,’ ‘The Bone Collector,’ and her supporting role in ‘Girl, Interrupted.’ For this film, she received her third Golden Globes award, Second Actors Guild Award, and also an Academy Award for Best Supporting actress. This as in the year 2000. Later that year, her first blockbuster was released, ‘Gone in 60 Seconds’, which was the highest-grossing film of her career. Next, in 2001, Her film Lara Croft: Tomb Raider got her international recognition as the female action star.

The films that later gave her commercial recognition were ‘Taking Lives,’ ‘Sky Captain and the World of Tomorrow, ‘Oliver Stone’s Alexander,’ ‘Mr. and Mrs. Smith’ and many more. This was the film where she starred alongside Brad Pitt.

Jolie entered into Humanitarian works after her film Kara Croft where she came across various humanitarian works. After her service in various refugee camps, she got the UNHCR ambassadorship. While doing the missions for refugees, she had expressed her shock at the sights that she had seen there. She later vigilantly worked for the organization. Jolie has also worked for conservation and community development. She has adopted a Cambodian-born son. She purchased a house in his country of birth in 2003. And also bought 60,000 hectares of land and turned it into a wildlife reserve in his name.

She has also worked a lot for women’s rights and Human rights, Child immigration, and education. her works are remarkable in these fields. Jolie has made very important contributions in the humanitarian field. She joined the council of foreign relations in 2007. Jolie did a great job for children and women’s protection by supplying facilities in the 2010 earthquake in Libya. Not only this, she has done many other things for the welfare of women and children.

And for this incredible work, she got awarded the Church World Service’s Immigration and Refugee program. And she was also the first receiver of The Citizen of the World Award by the UNA-USA in October 2005. J0lie has also received the Freedom Award from the International Rescue Committee. She is also bestowed with the Jean Hersholt Humanitarian Award and also an honorary Academy Award from the Board of Governors of the Academy of Motion Picture Arts and Sciences. Later, Jolie got appointed as an Honorary Dame Commander of the Order of St Michael and St George. Queen Elizabeth II presented her with the Honorary damehood in a private ceremony. 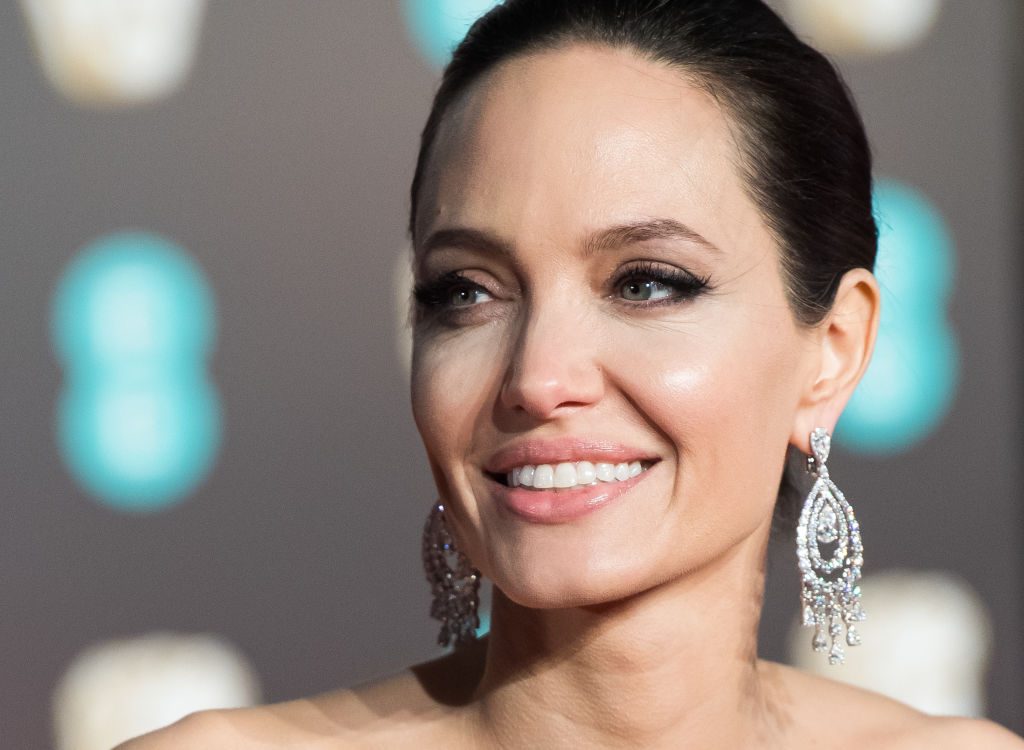 Jolie is one of the few of the highest-paid actresses in Hollywood. Angelina Jolie’s Net worth is around $120 million. She takes a salary of $20-30 million for each film. Jolie earned $35 million just in the span of 12 months. Between June 2019 to June 2020. She paid $24.5 million for her home in LA’s Los Feliz. When she bought the house, she paid double the amount of its actual amount. This home has resided just five minutes away from the compound that Bradd Pitt owns.

As a part of her divorce from Bradd Pitt, she demanded financial support from him. As both had a net worth of more than $100 million, they decided not to sign a prenup. There are court records that Pitt had given her $8 million as a down payment for the Cecil B. Demille mansion, which cost $25 million. This was because she did not have the funds herself at that time. But there are assumptions that the funds are secure as investments. These add up and make Angelina Jolie’s Net worth.