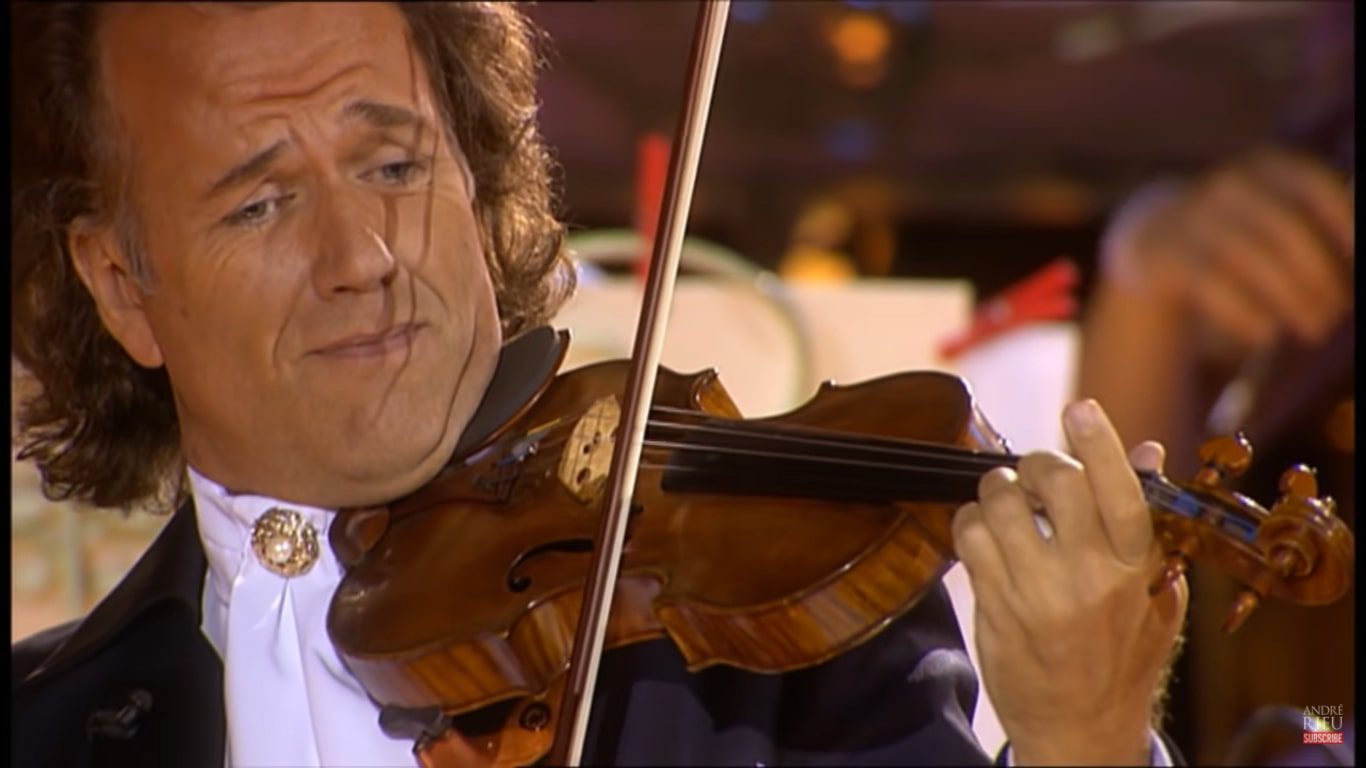 Referred by millions as the King Of Waltz, Andre Rieu is one of the greatest violinists of all time. Rieu was born in Maastricht, Netherlands, in 1950. His father was a symphony head and a Roman Catholic. Andre always quoted himself to be an agnostic (non-believer in God). He is the third child of Antony Rieu, who has six children in total. Rieu is one of the most classical musicians one has ever known.  Here, we shall discuss the net worth of Andre Rieu.

Rieu’s talent was evident from a remarkably young age. Andre’s parents had once stated that he was destined for greatness. His contribution towards music has helped the modern generation’s melody to reach new levels. Andre Rieu became a professional violinist in 1978. The Dutchman is still mesmerizing the world with his unbelievable skills. His most notable work has to be the Johann Strauss Orchestra. The legendary orchestra’s weird, or you might say ‘unique’ tune, has amazed millions of people. Andre created the Pop Orchestra in 1987. He is famous for performing all types of pranks with his fans.

Rieu started practicing violin from the age of five. He had an unusual enchantment for orchestra from a very young age. The great man studied violin at the Conservatoire Royal and Conservatorium Maastricht. He got mentored by Jo Juda & Herman Krebbers. Andre graduated from the Royal Conservatory in Brussels. He got married in 1975 to Marjorie and has two sons, Marc & Pierre. The world-famous musician is pretty linguistic as well. Andre Rieu can speak six different languages! According to Billboard Magazine, Rieu was the most successful touring artist in 2009. He toured throughout Europe, America, Japan, and Australia. Let’s dig deeper into his professional career.

Also Read: Chris Evans Net Worth: How Rich Is The ‘Captain America’ Actor In 2021? 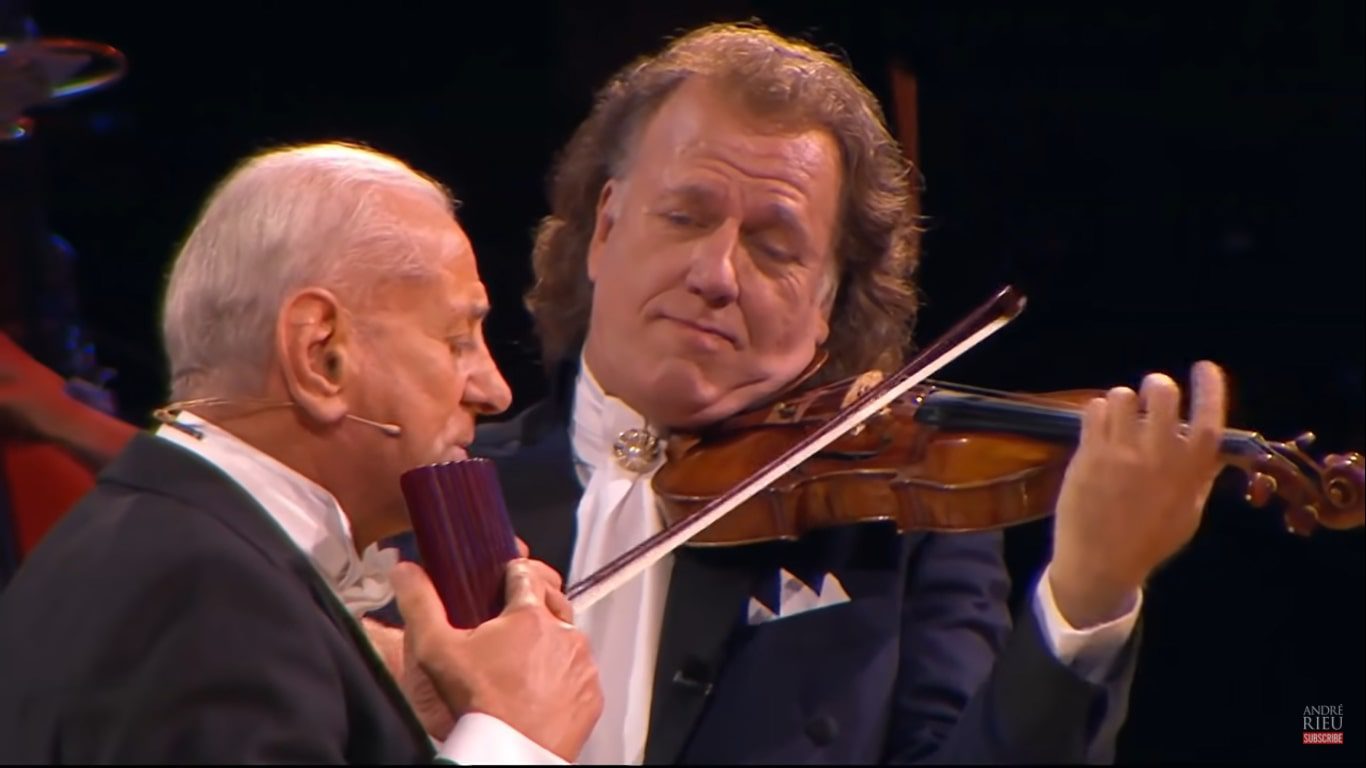 Andre Rieu Net Worth: All About his Professional Life

The legendary violinist Andre Rieu has an estimated Net Worth of $50 Million. He is a music composer and a conductor as well. Most of his income comes from his performances and tours. With every passing year, his net worth has kept on growing. Andre Rieu is like fine wine! The 72-year-old Dutch never seems to get old. As we know, old is gold, and gold never rusts. He is that gold. Normally to calculate a celebrity’s net worth, we have to check out his assets. The person’s Net Worth increases with his assets-> cars, houses, etc. We just got to calculate the current value of those assets to come to a settlement. Rieu owns a $24 Million Mansion. He had once stated that it almost made him bankrupt!

People all around the world love to hear the orchestras! Andre’s concert has sold more tickets than renowned singers like Rihanna & Beyonce. The Dutchman has turned his classical orchestra into a brand. It has become a business that encircles everything profitable in today’s time. His orchestra has become a medium to print money! Andre Rieu targets audiences in Europe, America, Japan, where they love classical melody. Even Johann Strauss did business out of his scary talent. He refers himself to be like Strauss. That is why his greatest creation’s name is Johann Strauss Orchestra.

Just for the information, Andre Rieu is still going strong! In between, due to a virus, he was not able to complete his tours. But the doctors ruled him clear of the virus that could have destroyed his career. The music industry of the 21st century has made humongous development. The quality of musicians and quantity of dollars is growing like never before!

Also Read: Trevor Baylis Net Worth: How Much Does The Inventor Earn?

More Facts about The King Of Waltz

Andre Rieu never listens to music when he is at home! He would rather just lay down and give his body a break. After all, most of his time gets spent surrounding music! Rieu once stated that he would love to do a concert at the North Pole! Through it, he will be able to advertise the effects of global warming. Thus more people will get aware of the dangers that lie ahead. He also said about the local polar bears. Andre Rieu loves bears! Rieu wants to see how the bears react to his orchestra. According to him, the bears will dance to his waltz! Andre even wants to play his violin on the moon. Only ambitious people can indeed see their dreams come true. He is a living example.

In this article:Music, net worth