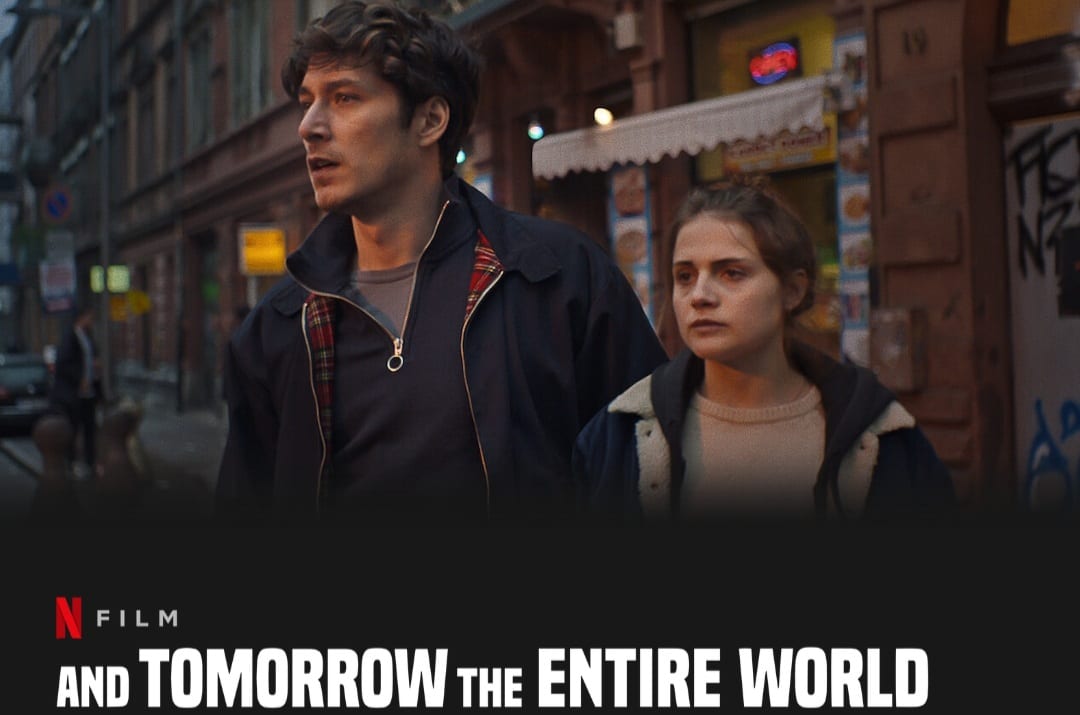 And Tomorrow the Entire World is Julia Von Heinz’s indie political drama. The movie revolves around a young law student named Luisa. As she joins a cell of Antifa, we follow how she succumbs to violent methods of protest. The film tries to comment on the “Champaign socialists” of a social movement. We see how the upper-class people try to emulate and buy into a flawed idea of a social movement. The film was Germany’s entry for the Best International Feature Film at the 93rd Oscars. It was not nominated at the end. The film doesn’t quite have a definitive ending, so if you’re wondering how it ends, we’ve got you covered. But before we delve into the ending, let’s go through the plot summary and other details of the film. Warning: SPOILERS AHEAD!

And Tomorrow the Entire World is a 2020 German-French political drama that focuses on the Antifa movement. Julia Von Heinz is the director, and the movie is partly Inspired by Julia’s biography. It first premiered at the 77th Venice International Film Festival and was released in Germany on October 29, 2020. Fabian Gasmia and Julia von Heinz produced the film. Julia and John Quester penned the screenplay while Daniela Knapp handled the cinematography. Neonschwarz and Matthias Petsche have composed the music score while Georg Söring served as the editor. The film stars Mala Emde as Luisa, a young student from an upper-class background who joins the Antifa movement. Noah Saavedra plays Alfa, Luisa’s love interest and Tonio Schneider plays Lenor. Luisa-Céline Gaffron plays Batte while Andreas Lust plays Dietmar. 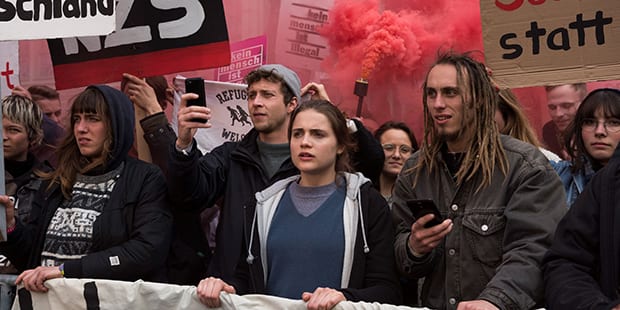 Mala Emde stars as Luisa in the film, a young law student who joins an Antifa cell.

The film is set in a small West German town of Mannheim. We follow the main character Luisa, a young law student who leaves her bourgeoisie household joins an Antifa commune. She joins the anti-fascist movement as right-wing anti-immigrant sentiments are on the rise and gaining political power in Germany. The anti-fascists are organizing themselves to take down the government. Luisa joins an Antifa commune called P81 through her classmate and best friend Batte. Therein, she befriends Alfa and Lenor. They begin their campaigns to prevent marches from the political right. After one of the encounters with a right-wing militia, Luisa flees but the police catch her and molest her. While in physical training sessions, she falls for Alfa and the two develop a romantic relationship. Later on, Luisa, Alfa, and others leave the group to go to Helmdorf.

As they try and smash some car windows there, the residents attack them and one of them injured Luisa’s leg. They go to a dissident’s house where Luisa gets her wounds patched up. However, the story of their vandalism spreads all over the news and thereafter, the whole nation. The country now despises the movement and their image has been compromised. Afterward, the trio tracks down a man named Manfred Rohler through his cell phone that Luisa grabbed during a confrontation. They track him down to a Nazi den and it’s revealed that the bigger picture is very bleak. The communists and the Nazis seem to be together and meanwhile, Luisa convinces others to resort to violence. The police, however, arrests the P81 members, including Batte. A frustrated Luisa goes to the Nazi den and blows it up with explosives. 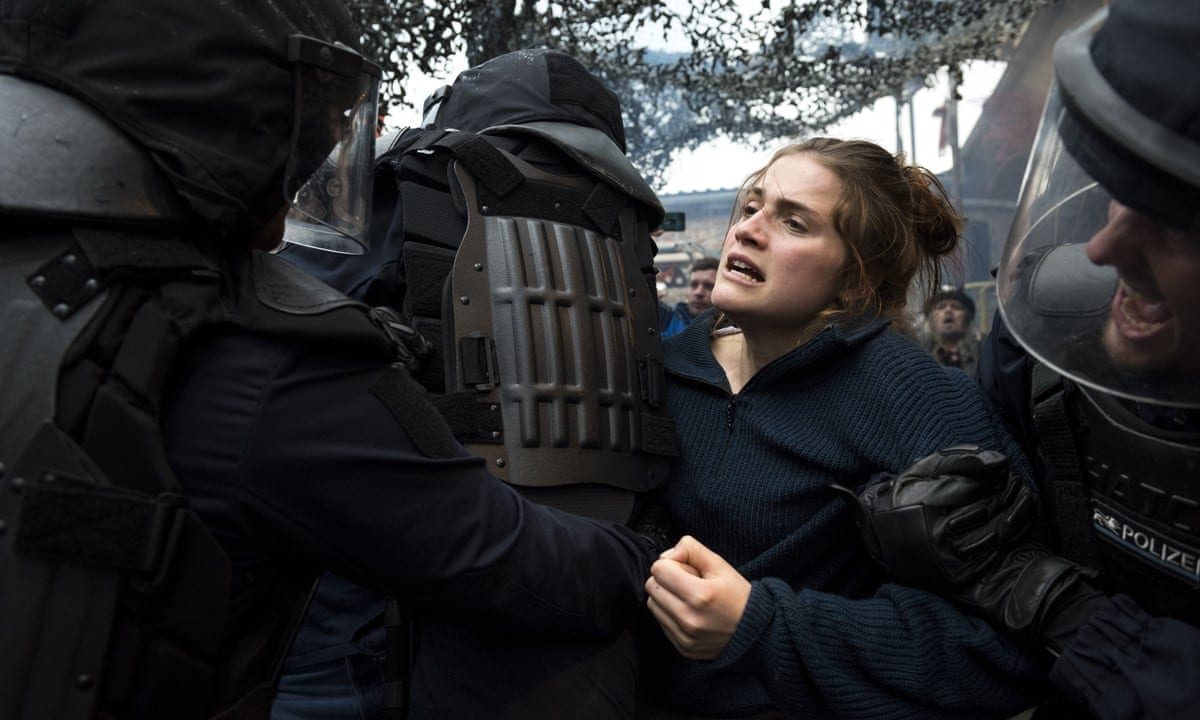 A still from the film. Credits: Netflix.

The film ends with the police raiding the P81 space. Batte gets arrested and Luisa and her friends link their arms against the police. As for Luisa’s and Alfa’s relationship, it still seems to be intact. However, other members of the commune are going to eventually drop out. In the end, the alt-right headquarters — the Nazi den, blows up. It is pretty likely that Luisa is the one who was behind the explosion. And now this event will lead to more conflict and tension between the two groups. The police will also crackdown on the anti-fascist groups more and the movement will be hampered. Luisa’s decisions and increasingly violent methods have changed drastically. She eventually makes amends with her gang but her misled path has dinky just begun.

Watch the trailer of And Tomorrow the Entire World here;