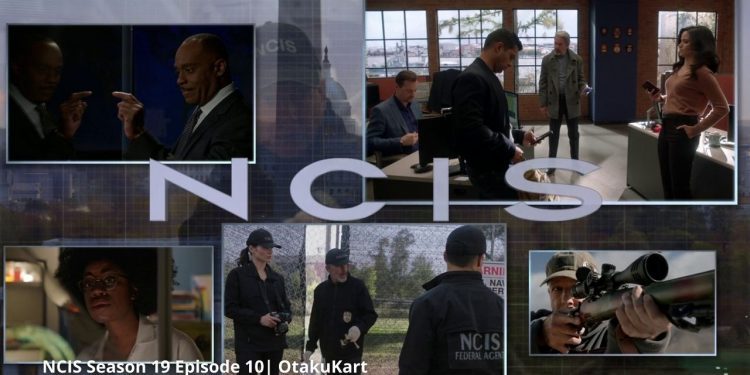 From The Outro Of NCIS Season 19

NCIS Season 19 Episode 10 may see the team looking into a case of an officer accused of selling a Navy software. But before we move to this new case, a recent one also saw a kind of software becoming a vital part of the investigation. So the team knows the field they are playing now. They were investigating a murder where for the very first time, the dead victim was speaking to them. Yes, you heard it right but through a hologram. She invested a lot of money and hours to record an interview telling her life story. Now, this hologram is interactive and answers upon questioning.

So in a way, despite being creepy the hologram did help the team a lot. At the same time, they had to talk to the real people out there too. The reason a woman could create a hologram telling her entire story is only to communicate with someone. Second, probably because she was dying. But before she could die, someone killed her, the reason remains under wraps until NCIS took it upon themselves to crack it.

Previously on NCIS Season 19, the team was investigating the murder of Sandra Holdren. She was shot by a gun with a silencer near a youth soccer game at Norfolk Naval Station. The team wanted to get hold of her family and paid a visit to her house. House certainly creeped Torress out but what was inside was more creepy. They met Sandra’s valet Geoffrey who introduces them to an interactive hologram of her she made. A hologram that recorded her entire story and answers question upon asking.

A woman would only leave a hologram address to someone before dying. Palmer figured out that she indeed was dying from a rare melanoma. Sandra did have a daughter whom she may have wanted to give a message. Hologram aside, Sandra’s daughter Ruby was not really sad about her mother’s death. She tells about her brother dying and how she raised her son. She directed the team to Albert Beck, Sandra’s lawyer.

The team also came across a threatening note that Sandra received shortly before her murder. They questioned it to Albert Beck. Well, on Albert’s side, he felt something was off about Geoffrey, and Sandra was going to take him off her will. Kasie found out the threatening note and Geoffrey’s handwriting matched. By the time, the team reached out to Sandra’s house again, he had escaped with the hologram of Sandra.

Geoffrey didn’t have any family, if he would go anywhere, it would be Sandra. So he was on her property and the only one who could guide them was Sandra’s daughter Ruby. Geoffrey on his side had an alibi of his own. Geoffrey was sent a payment and message and tracing it took the team back to someone called Jamie2Shoes. They questioned the hologram Sandra to find out that its Albert James Beck, her lawyer.

Soon the hologram also told about the loss of her son and her arrest. Albert went on to confess how he manipulated Ben and the reason he killed her is that she never stopped investigating. The episode closes with Ruby finally talking to hologram Sandra and reconnecting.

NCIS Season 19 Episode 10 is releasing on 3 January 2022. It is titled, “Pledge of Allegiance”. The official synopsis of the episode suggests NCIS will be dealing with a case involving Navy Chief Warrant Officer Rafi Nazar. The officer is under suspicion of selling a stolen classified Navy software. This software usually allows the piloting of combat drones. Is officer Rafi Nazar really guilty or is there a bigger conspiracy behind it? We may soon find out in NCIS Season 19 Episode 10.

Also Read: The Wheel Of Time Episode 6: What Lies Ahead At The White Tower?