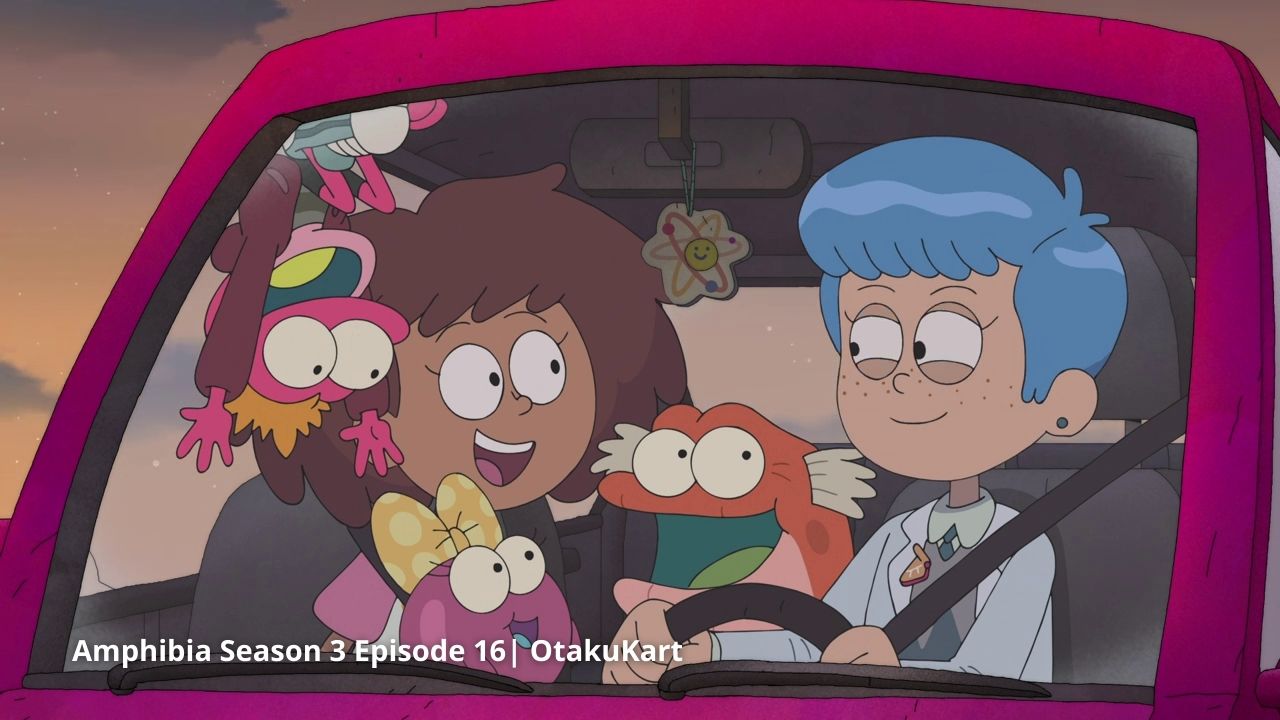 Amphibia Season 3 Episode 16 may see King Andrias putting his final plan into motion. He already has a mechanism that inherits some of the best brains in all of Amphibia. Now the same mechanism is controlling Anne’s best friend, Marcy. With Anne figuring out a way to get back to Amphibia with Sprig, Hop Pop, and Polly, will the place be the same like it was the last time they were there? That’s something to look at, but before we move to the same, even the human world has some fair share of enemies coming to hunt the frogs down.

So, recently on the show, Anne was introducing her Amphibian friends to the culture of the human world. The exploration of earth went a little out of hand when scientists and secret agents looking for extra-terrestrial life came across Hop Pop, Sprig, and Polly. One of them included Mr. X, who recently made his presence felt for the second time after watching Hop Pop become popular. Another new enemy comes in the form of Dr. Frakes, who might have a key to go to Amphibia. Here is what went down.

Previously on Amphibia Season 3, Anne continued to introduce her frog friends to the human world. This time she took them to Hollywood. The place where actors are worshipped like gods. This sparked fuel in Hop Pop’s mind. He was struggling in Amphibia as an actor in a play. Without giving a second thought about keeping a low profile, Hop Pop landed into an audition line. There he met a human who looked quite similar to him and befriended him. Named Humphry, even he is struggling for around 45 years now. 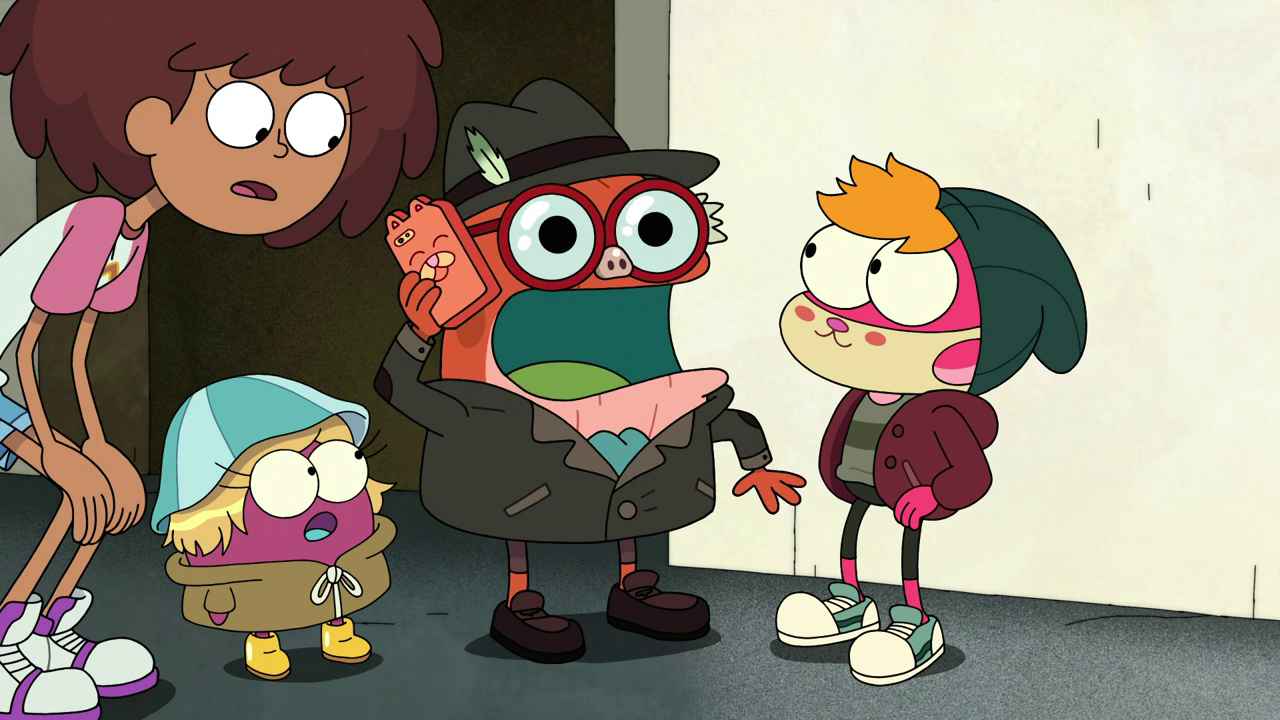 So Hop Pop and Humphrey fit the characteristic the auditioners are looking for. But it’s Hop Pop who ends up winning it and even acts out. Anne believes it’s okay as long as it’s a small play. Until she sees a commercial on TV featuring Hop Pop, who doesn’t understand videos and films. Hop Pop becomes a star overnight with a popular catchphrase. He even catches the eye of popular director Mitch Harbor who invites him to act in his film.

Another person who caught the eye of the same is Mr. X. He has been hunting them down for a while now. With Hop Pop in the spotlight, he gives them a chase, followed by Anne and her friends. In the end, Hop Pop stumbles upon Humphry again. He realizes the importance of protecting his friends rather than chasing a dream which was not his in the first place. So he replaces himself with Humphry. Mr. X manages to catch up only to find out he was chasing Humphry, not an alien frog at all.

Its been a long time since Sprig, Polly, and Hop’s Pop came to the human world. Now they are depressed and heavily missing their home. So they were spending their days just lying and playing in the fake Amphibia they built in the garden. Until Anne received a call from Dr. Jan suggesting there is someone who may know how to go back to Amphibia. The Frogs forced her to let them take there, and they did. It was a place for kids to place. On the back of it, they met the attention-seeking Dr. Frakes and her assistant Terri. 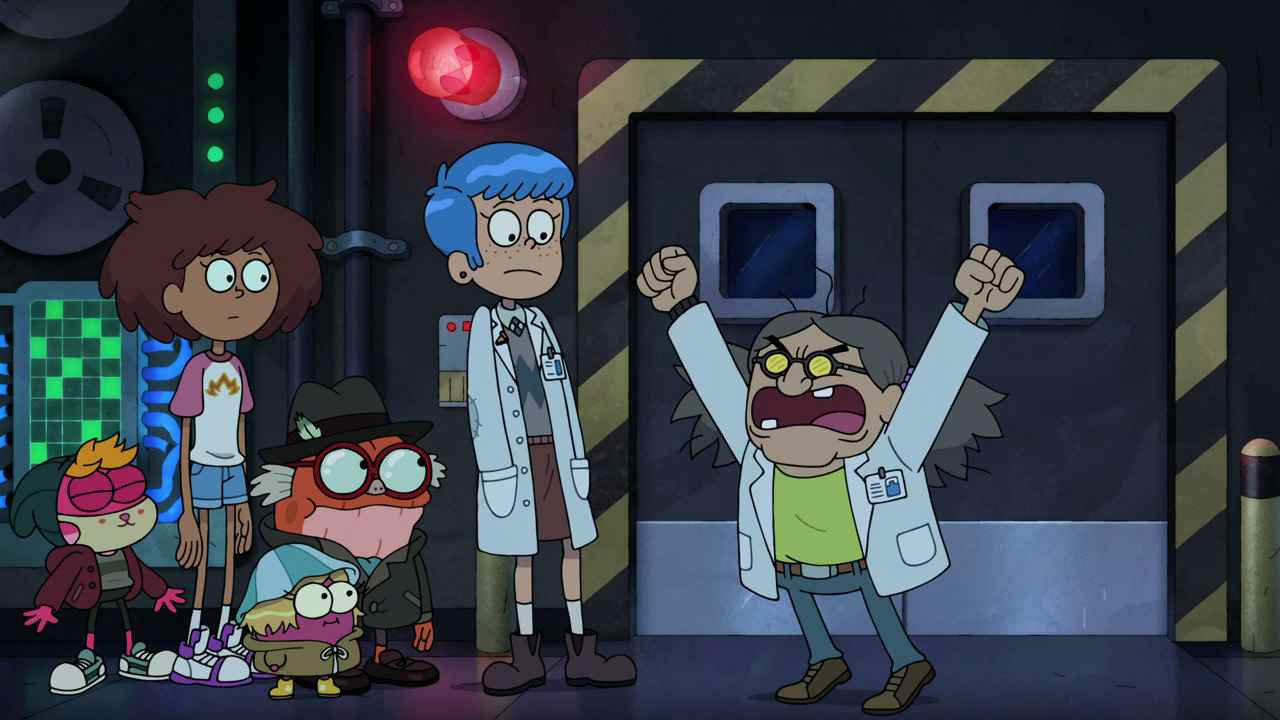 Anne and her friends realized that Dr. Frakes was closer to cracking the way to Amphibia. It all came from the pictures of different worlds she caught. Dr. Frakes tried to show her experiment in front of them. In turn, it revealed the identity of frogs. Dr. Frakes realized the fortune she could make by kidnapping them, and so she did. Thanks to the help of Terri, Anne managed to rescue her friends. The episode closed with Terri promising them that she would find a way back to Amphibia.

Amphibia Season 3 Episode 16 is releasing on 27 November 2021. It is titled “Froggy Little Christmas”. The official synopsis of the episode suggests it’s Christmas. So, on the occasion of the same, Anne is planning a surprise for her mom. It comes in the form of a Thai Go float for the city Christmas parade. While she works hard for the same, her friends from Amphibia find it difficult to understand the festival and what Anne is opting to do. Will they be able to help her like she has been since they came to the human world?

Apart from all of this, coming to Amphibia, we already know how King Andrias has maintained his wrath. He has kept Olivia and Yunan in check, who tried to go against him on their own. On top of that, a technology created from some of the best brains in Amphibia is controlling Marcy. So the synopsis teases he has furthermore surprises, and we wonder what next he brings to the table. All in Amphibia Season 3 Episodes 16.