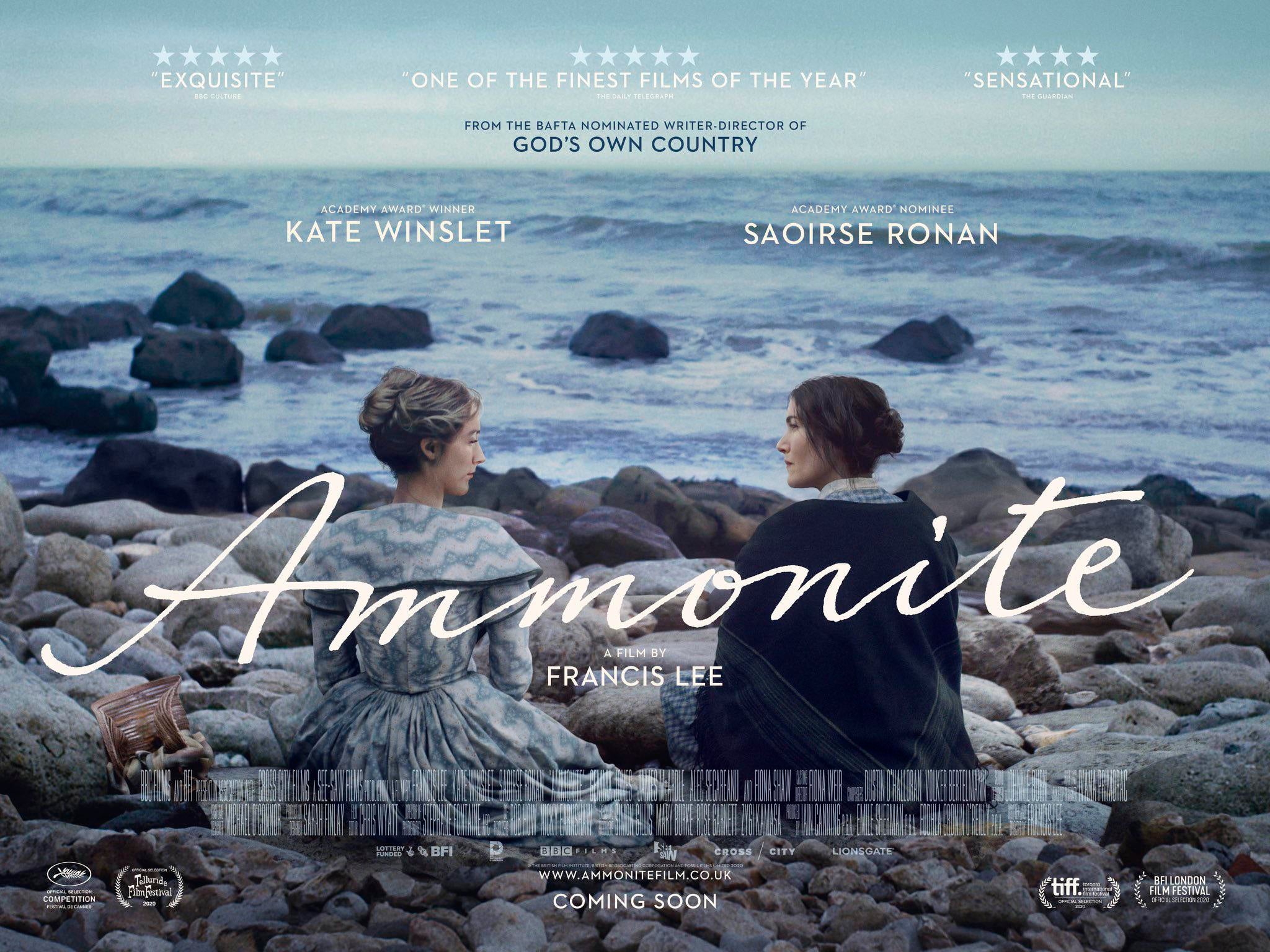 Ammonite is a 2020 romantic drama film. It was directed and written by Francis Lee. This movie is based on a true story. It is about the story of Mary Anning and Charlotte Murchison. Moreover, it can rather be called a lesbian love story. However, it is said that both Mary and Charlotte have made notable contributions in paleontology and geology. Furthermore, in real life, people say that Mary and Charlotte did not share any kind of romantic relationship.

In addition to this, no evidence of Mary’s sexuality has been found. So, this means that the romance shown in the movie is completely fictionalized. This also means that the historical accuracy of the movie can be questioned. However, we must acknowledge how beautifully the love angle was given to the movie by its directors. 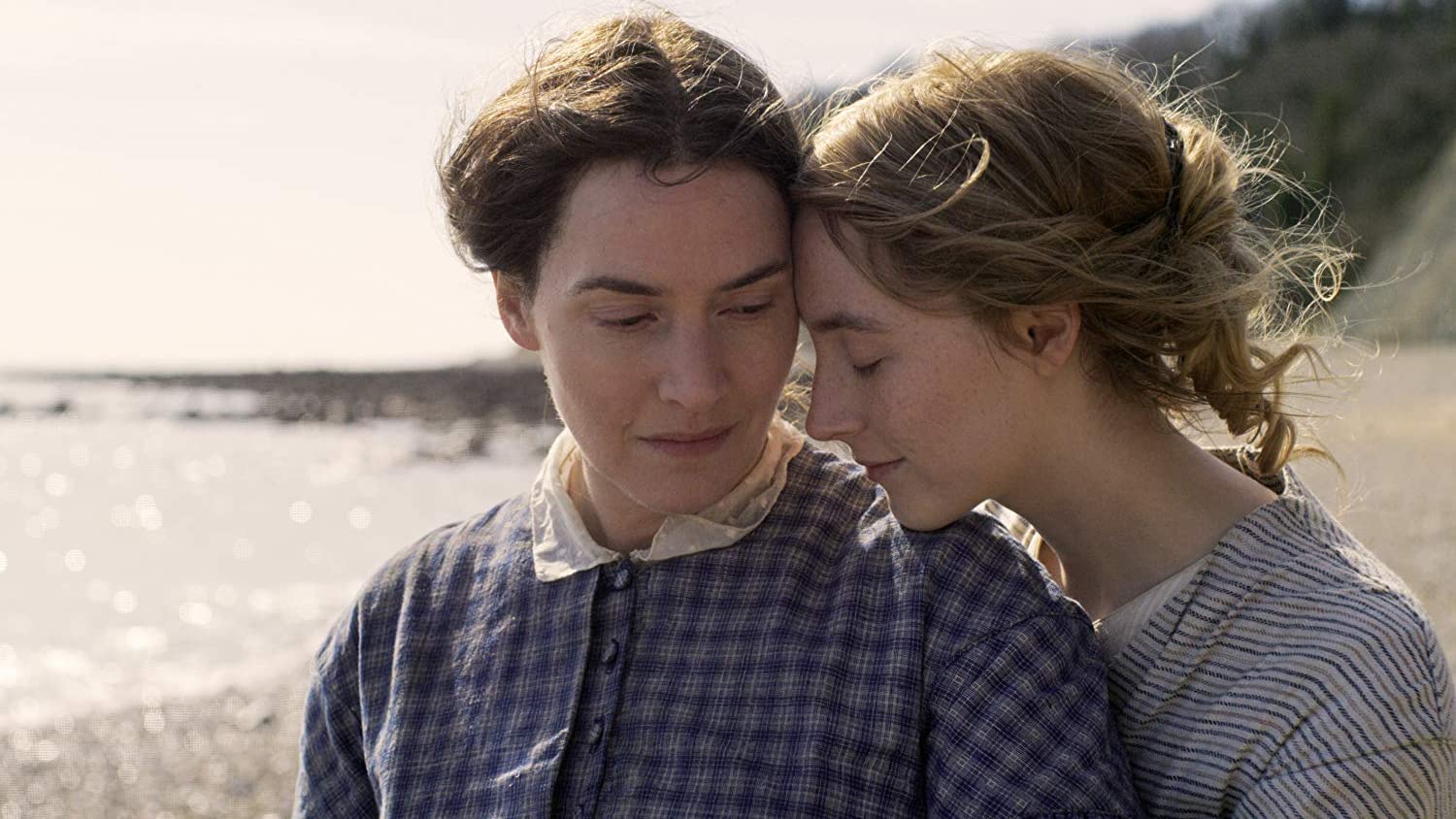 The trailer of Ammonite

The trailer of Ammonite was aired on the internet a long time back. It is speculated that it was aired 6 or more months back. Moreover, it showed us or rather say gave us the outline of the movie in detail. It showed how the lead actress was offered a deal she could not refuse. Thus, this leads to a major change in her life. Moreover, she fell in love because of the deal. Not only this but she also got the opportunity to discover about her heterosexual sexuality.

The distribution rights of Ammonite were given to Lionsgate and Transmission Film in February 2019. Whereas, Neon acquired the US and Canadian distribution rights of Ammonite. Moreover, Ammonite was going to premiere at the Cannes Film Festival but it got canceled due to the pandemic. Alongside, the film was also scheduled to premiere at Telluride Film Festival in Colorado. However, it also got delayed because of the pandemic.

However, it had its world premiere at the Toronto International Film Festival on the 11th of February. Along with this Winslet was also awarded at Toronto International Film Festival with the Tribute Actor Award. In addition to this, Ammonite was theatrically released in the United States on 13 November. Whereas, it was scheduled to release in Australia on the 14th of January, 2021. It is also going to release in the United Kingdom on the 26th of March.

The Cast of Ammonite

Ammonite has surprisingly a very small cast. The lead character of Mary Anning is played by Kate Winslet. Whereas, the leading character of Charlotte Murchison was played by Saoirse Ronan. She played the love interest of Anning and also the wife of the gynecologist. In addition to this, there were some more characters in the movie. They were Elizabeth Philpot played by Fiona Shaw and Molly Anning played by Gemma Jones. Alongside, characters like Roderick Murchison, Dr. Lieberson, and Eleanor Butters were played by James McArdle, Alec Secareanu, and Claire Rushbrook. Without a doubt, we can say that all the members included in the cast did a fantastic job, acting-wise.

The Plot of Ammonite

It is a story of two ladies and their journeys. Its plot is set as a very peaceful, calm, and quiet movie. However, its scene shows tall or lofty cliffs. Some more things are seen in the plot that involves things like mud-caked rocks and a dangerous seashore as well. These two women are shown learning from each other in the fields. Thus things changed and they eventually fell in love with each other.

Both the women were poles apart from each other. Yet they are shown developing feelings for each other. Thus, the passion starts blooming within them. However, this passion is more like a messy romance rather than being the cheesy romance seen nowadays. This is because the story shown is set in 1800. Where love was considered pure and eternal. Moreover, talking about the real-life story of the two women, both the women were extremely talented in their respective fields. Furthermore, they had played a gigantic character in the fields of geology and paleontology. However, sadly, these achievements of them are neither acknowledged in the movie nor in history.

The story of Ammonite

The opening of the movie starts with a woman walking across a rocky shore on an overclouded day. Moreover, the tone of the film is set by the dashing waves shown in the movie. The woman is shown stumbling on different kinds of rocks underneath her on the beach. This lady is Mary Anning in the movie, the lead protagonist. She is shown leading a peaceful life with her mother. Moreover, she is a famous fossil hunter who wants to know more about ancient life onshore. Furthermore, it is shown that a man approaches Mary. His name is Roderick Murchison and he is a fellow paleontologist.

He is also seen as a man who appreciates Anning’s work honestly. Along with this, he never thinks that her gender is a reason her works are not appreciated and recognized. However, Roderick is also seen having a wife named Charlotte Murchison. She is the kind of person who is seen doing when, as, and where to do things as instructed by her husband. This means that Roderick treats his wife very badly. Thus, the life of Charlotte is the same as a bug trapped in a jar. She is suffering from Melancholia.

Roderick decides to appoint Mary for taking care of his wife. Moreover, he thinks some sea air might be beneficial for Charlotte. Thus, he offers Mary a lot of money to take care of his wife while he is away. Mary is seen reluctant to take the offer first but later accepts it because of the money and she needed it. Furthermore, it is seen that Mary and Charlotte get close and their relationship eventually turns into a physical relationship. Moreover, despite the background difference, it is seen that both of them connect a lot in emotional and physical terms.

This movie would not have success without the high-quality acting by the lead performers or characters. The characters are Kate Winslet and Saoirse Ronan. Ronan here is very pleasant to watch. Moreover, she is good wherein each of her ventures and everything she does is near to perfect. However, the movie in a true sense belongs only to Winslet. She proves how beautiful and incredible she can be if she is provided with these spectacular scripts. Moreover, she is careful about not falling at all in any tricks and places her character could flop. She is neither a second overplayed nor underplayed her character. 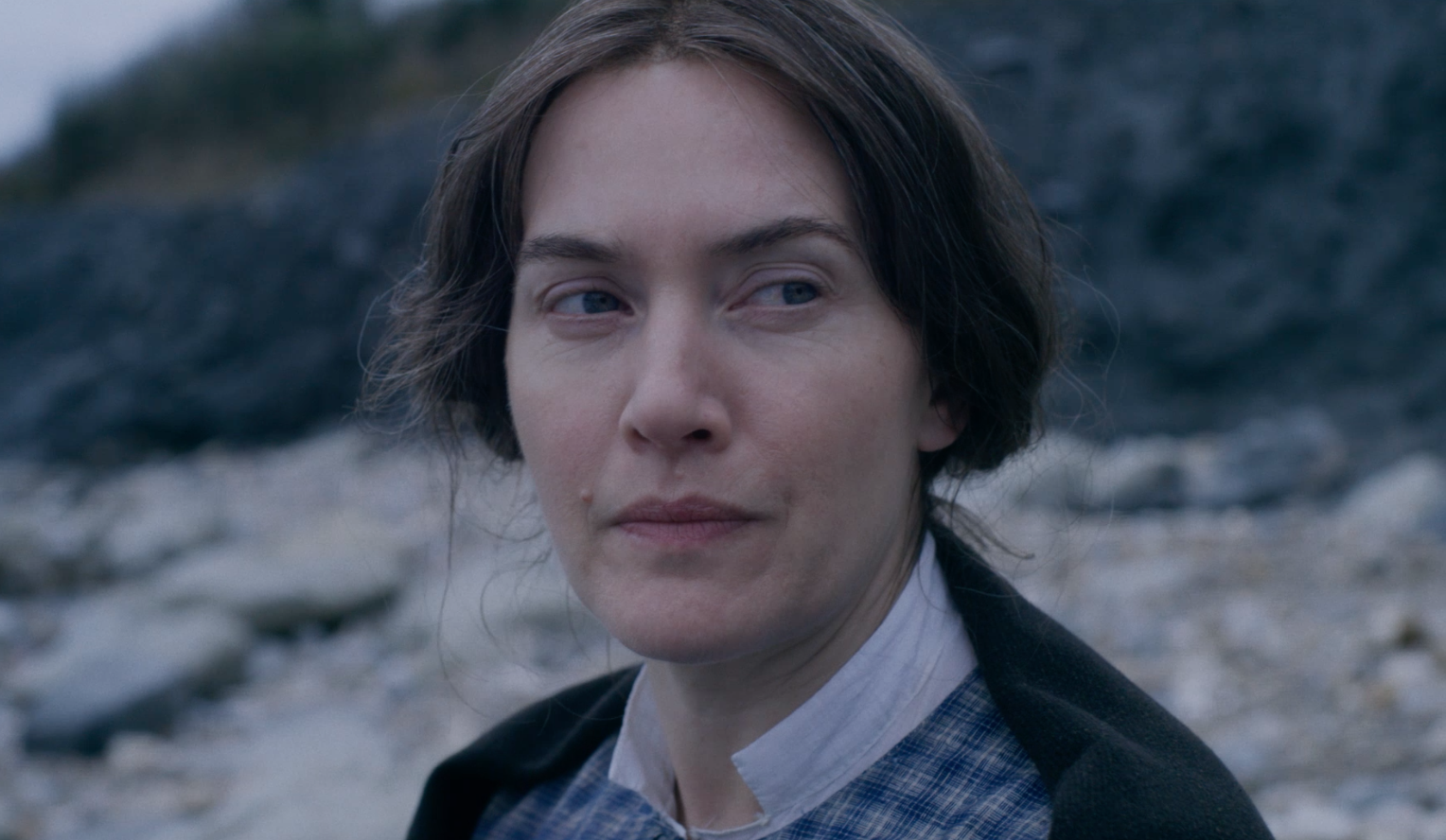 A scene from Ammonite

Moreover, she has also done a fabulous job by saying a lot of things through just her body language. Moreover, there is a lot of elegance and shade in her performance. Hence, it shows how Winslet takes great decisions almost everywhere. However, she has been given very small yet remarkable dialogues. Whereas, Ronan completely and intensely matches Winslet especially in the second part of the film.

The ending of Ammonite

The ending scene of the movie shows Charlotte returning home and writing to Mary. Moreover, Mary comes to the city for visiting purposes. Charlotte is further shown preparing the guest room in her extravagant house. Thus, it shows that she was perhaps expecting Mary to visit her so she preparing everything beforehand. Alongside, Mary is expecting to return to her life to fossils. She also feels that Charlotte wants her in the form of the kept woman. However, Mary was not right because Charlotte’s intentions were very pure and sincere. Moreover, her only motive behind this was staying close to Mary and continuing her relationship. Nevertheless, their relationship was forbidden in the British Society at that time.

Nevertheless, her only mistake was that she discussed it with Mary before and suddenly bought such tedious things on her. In the final scene of the movie, both visit the museum and look at each other through display classes. Thus, in contrast to other LGBTQ movies Ammonite is a movie that does not have a sad ending. Besides, the abrupt ending drew many critics’ as well as viewers’ attention and they criticized it. However, it also leads to some engrossing and captivating writing as to where the characters went after this.

In conclusion, all we can say that ammonite is a very pleasant yet and interesting film to watch. Lee has infused the angle of LGBTQ love most beautifully. In addition to this, the sheer performance of the leads has and will attribute a lot to the film’s success.

Also read: Diablo 3 Season 23: What We Know So Far