Book adaptations on small-town crimes of the United States are what American Rust Episode 3 is all about. Firstly, this is a Showtime series featuring Jeff Daniels (The Looming Tower) and Maura Tierney (ER). In this story, Daniels plays a flawed Penn state sheriff investigating a bunch of death by overdoses. After the dead bodies start piling up, a former cop also winds up dead, and that thing shakes up the entire town, which paves the narrative for episode three of this Showtime series.

Secondly, “American Rust” is a television series adapted from a homonymous book. Written by Phillip Meyer in 2009. Del Harris, the police chief of Buell, Pennsylvania, is played by Jeff Daniels in an unusually uncharismatic performance. He’s a sometimes irascible lawman who doesn’t appreciate being told what to do, and he believes in fair justice for everyone, “even if we’re pursuing the same lady.” He develops a crush on seamstress Grace (Tierney), who has never gotten over her ex-husband and whose brilliant adolescent son Billy (Alex Neustaedter) inexplicably passed down the opportunity for sports fame in chose to remain in a town with few possibilities.

American Rust Episode 3 Release Date and where to watch

American Rust Episode 3 will release on September 26, 2021 on Showtime at 10:00 pm Eastern Time. Season one has nine episodes in total, and they each air on Sundays. If you want to watch them online, you can catch them on Showtime’s website or their mobile app with their subscription. Additionally, you can also watch this show with these platforms: Fubo, Sling, Spectrum, DirecTv, YouTube Tv, and Apple TV. If you happen to live in Canada, you can watch American Rust on Crave.

On the second episode, Lee learns from her dad that her brother Isaac left the house with $4,000. So she goes back to Buell. It is quickly discovered that she has been transferring money to her father on a regular basis for the last several months. He was meant to employ someone who could assist him, but he never did. Later, during a wedding, she and Billy reconcile. They dance together, remember memories from the past, and flames fly. Grace, concerned about her son, attempts but fails to stop it. Billy follows Lee and her father home after the wedding. Lee and Billy end up having sex while they’re alone.

Meanwhile, the prosecutor directs Harris and Frank to track down the individual who made the anonymous phone call. Later, Harris notices Billy as he observes the mill. Billy should purchase a new pair of boots, according to Harris. Isaac arrives at the wedding to have a chat, and the two buddies then say tearful goodbyes to one other. Isaac seems to change his opinion and returns to his family’s house to return the money. However, after witnessing Billy and Lee together, he withdraws. Billy burns the shoes and clothing he wore the day of the murder in one of the episode’s closing moments.

The third episode, titled ‘Forgive Us Our Trespasses,’ might concentrate on Grace’s job as a seamstress. Grace’s profession, according to Billy, has taken a toll on her physique. He confesses to Lee that one of the reasons he chose to remain in Buell was because of her health. It will be shown in the third episode that her employment has grown more tough due to bad working conditions and inadequate compensation. Grace, as one of the most experienced and recognized dressmakers, might become the head of a campaign to unionize the dressmakers. Harris may get a break in his hunt for the person who made the anonymous call if the same person contacts him again with an anonymous tip. However, if the tip has the potential to incriminate Billy in the crime, Harris may attempt to conceal the information. 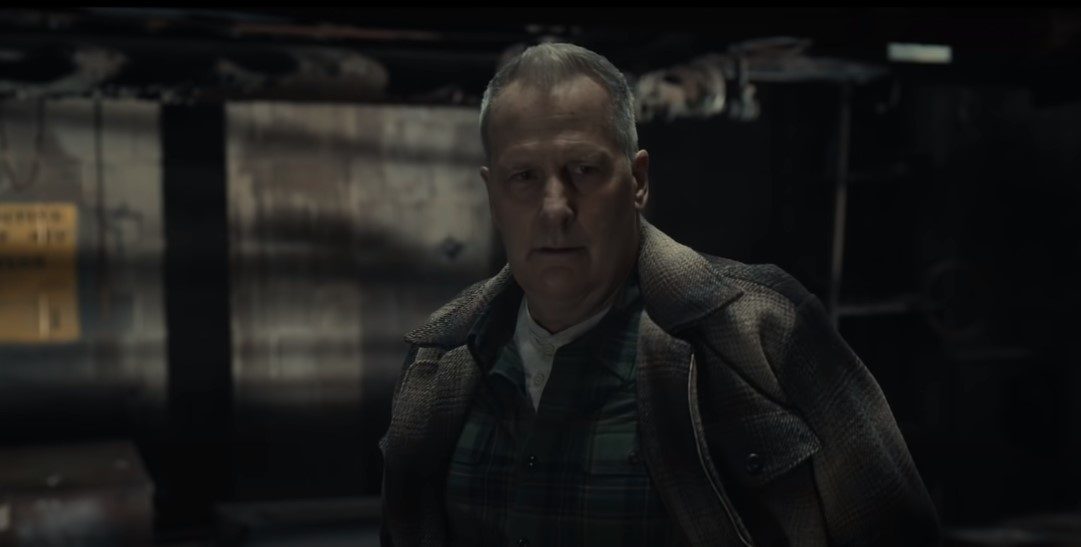 Where do they film American Rust?

‘American Rust’ is completely shot in Pennsylvania, with various communities utilized to put together the show’s fictitious background. The series is set in a Pennsylvania town in the Rust Belt, a region made up mostly of decrepit northeastern and midwestern manufacturing towns. The show’s production was set to begin in March 2020. However, owing to the COVID-19 epidemic, the production was halted before the main shooting could commence. Production began in the middle of March 2021 and was completed by early August 2021.