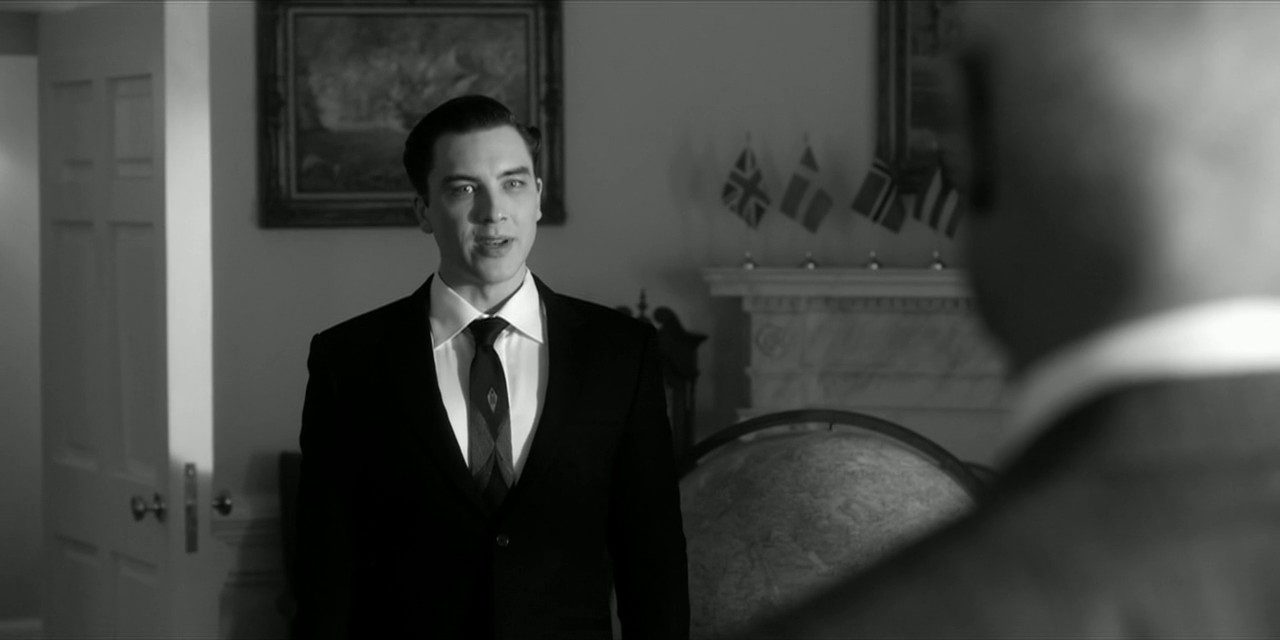 American Horror Story Season 10 Episode 9 may see President Eisenhower letting the aliens work in full force. Especially with the fact that they have Mamie Eisenhower under their control now. This means there is a long line of abductions coming our way, which have gone on till today. Cal Cambon, Kendall Carr, Troy Lord, and Jamie Howard are just the new four individuals to join this list. The question remains if they can stop this, or this will continue for many years to come. So let’s find out what the recent events in the show tells us about where it’s heading.

So recently, on the show, we were ten years into the future. There was a new president around he didn’t even know about this Alien treaty that came into play years ago. On top of that, everyone around him knows about it except him. There was a threat that this may all come to a stop with him finding out until he was shot dead. Were Aliens behind it again? But in turn, President Eisenhower took to be a leader again and spill out the truth. That was until the same Aliens joined the meeting as well with an offer the cabinet couldn’t refuse.

Previously on American Horror Story Season 10, we opened back in Palm Springs in 1963. There was a new president, and somehow Dick (version of Richard Nixon) found out about the Alien Treaty of Eisenhower. With that, Eisenhower is considering telling the President Of America Kennedy, although Dick doesn’t trust him. The files and facts only make Kennedy wonder about how this treaty came into play. Also, the fact that he didn’t know about it while the entire cabinet did.

At night, Dick calls and informs Eisenhower about a study group created by Kennedy and how it may all change the game. Before this could come into play, though, news of Kennedy’s death comes in as he is shot by someone. Eisenhower realized it was high time he needed to come true with the cabinet and let them know about the treaty. That was until a subject, one as in one of the aliens with a human body, comes to talk, offering technology against the Russians. In turn, they want to create creatures part human and part aliens in order to survive the contaminated earth. 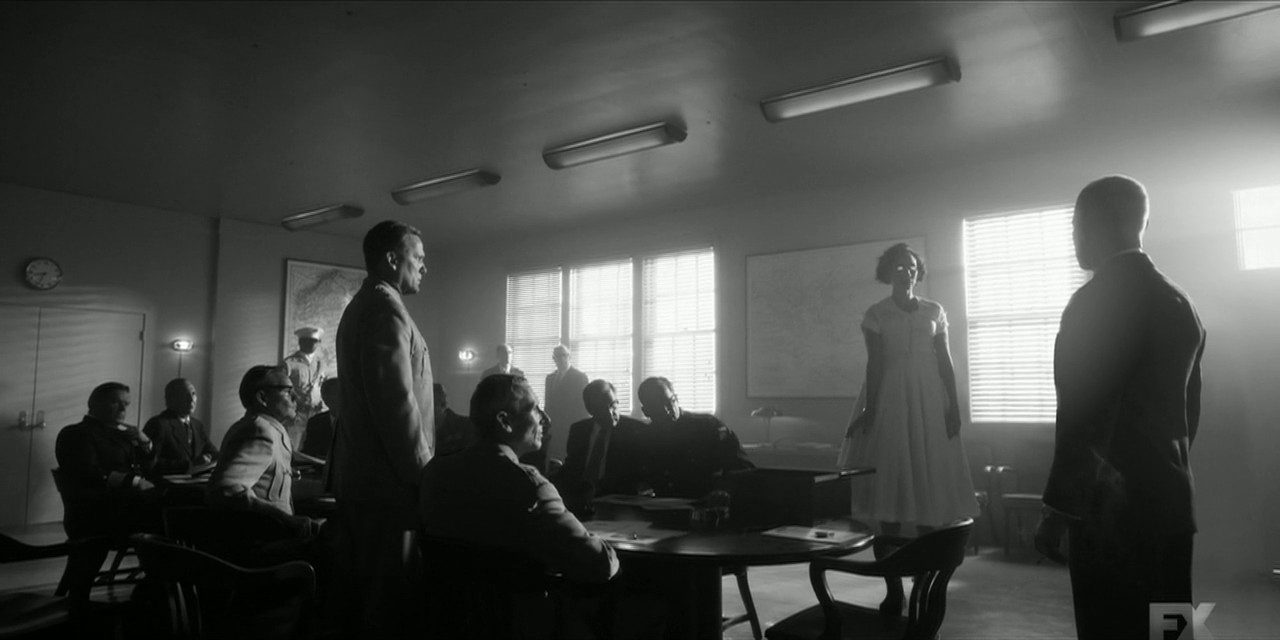 Before the alien kills the human body it has taken, she lets them know about the failure of a first test subject. Amelia Earhart dies along with the doctors while giving birth to an alien baby. It’s still inside the room. This leads President Eisenhower to pick up a gun and go inside himself. Backed by a few soldiers, he kills the baby alien as he tries to attack them.

Back at home, Mamie, Eisenhower’s wife, tries to convince him how this deal could help them against Russians. But Eisenhower believes there is always a choice. This leads her to talk to Dick, who in turn tries to convince Eisenhower. This doesn’t fit right with Eisenhower until the alien takes over Mamie’s body now.

Cut to present, Cal Cambon, Kendall Carr, Troy Lord, and Jamie Howard are all pregnant and hoping to talk to a doctor. Jamie decides to be the only one to check and finds out how violent her baby is inside. Same for Troy. That was until a few Men in Black came in to kill the doctor and kidnap them away. Kendall wakes up in a room where there are a number of pregnant humans, much like her curated by a masked woman. 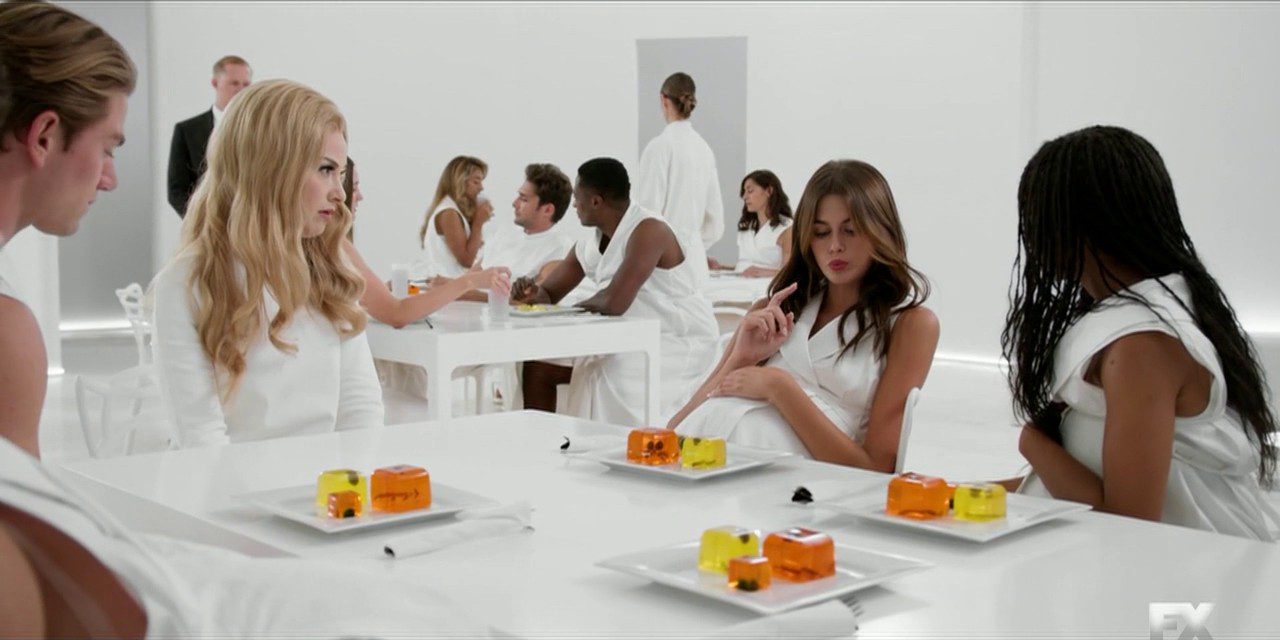 The group later reunites for lunch at his facility and meets Dr. Calico, who has been here since the 1970s and has stopped aging. Kendall shares the mysterious woman told her they are the future. The episode closes with Troy going violent and being sent to the masked woman who reveals herself with half face human and half face alien.

American Horror Story Season 10 Episode 9 is releasing on October 13, 2021. It is titled” Blue Moon”. The official synopsis of the episode says the white house may see an unexpected guest coming in. Furthermore, he/she has intricate details about a very horrific plan that may leave the cabinet in shock. From the promo, it seems like President Eisenhower is left with no choice to let Aliens have their experiments.

So with that in mind, we are expecting to see more abductions and more men in black kidnapping innocent individuals. The list goes on from common people to celebrities such as Marilyn Monroe. Apart from that, will the kids in the future save their friend Troy and figure out a way to stop all of this. We may soon find out in American Horror Story Season 10 Episode 9.