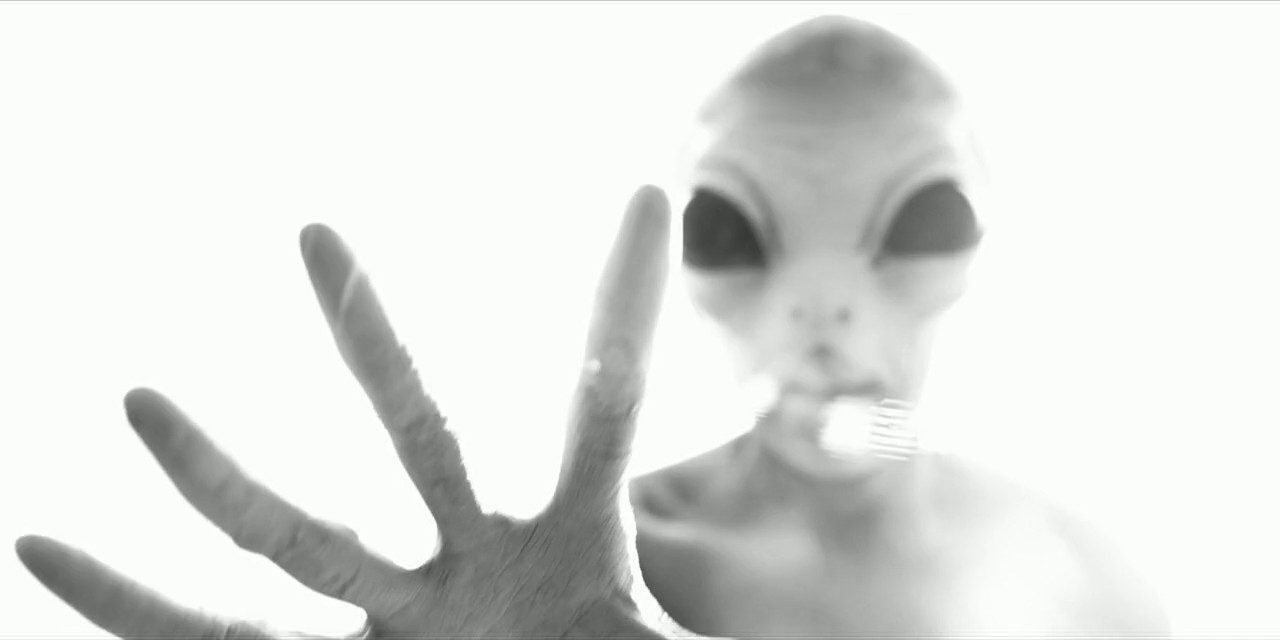 American Horror Story Season 10 Episode 10 will determine the future of the humans in this war with aliens. Clearly, since the beginning of this second part of American Horror Story’s tenth season, as in Death Valley, aliens always had the upper hand. They are built this way, and their technology is far advanced. So the moment they crashed onto the earth, President Eisenhower saw the damage they could inflict upon humans even with no weapons in their hands. This only led President to listen to what they had to offer.

So aliens were looking to survive, and what they wanted was to fuse with humans to create a new species altogether. With the technology they are offering and the closed ones they are threatening, President signed the Alien treaty. This, in turn, directly impacted the future where four teenagers have found themselves abducted. Now Aliens will pregnant them occasionally along with a number of humans they have abducted since 1954 to give birth to a perfect hybrid is created. So here is what went down recently.

Previously on American Horror Story Season 10, we opened up back in 1954. President Eisenhower was forced to sign the deal with Aliens. A treaty that will allow aliens to experiment on thousands of Americans in exchange for technology. If not, Soviet Union will be way ahead of them. With his wife’s life on the line, President signs the Alien Treaty and lets them have it. Three years into the future, aliens have abducted a number of humans and haven’t even thanked the humans. 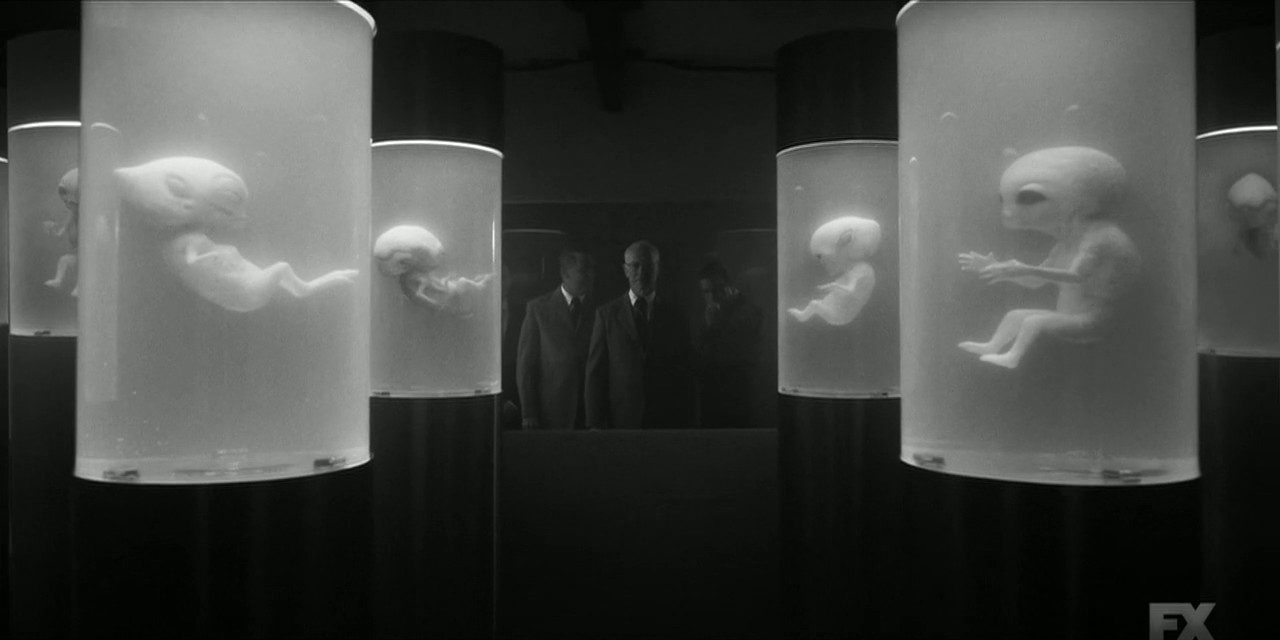 This was all until an alien named Valiant Thor came in his human form to take care of the process. He introduced a technology way stronger than IBM 7090. Something that will connect the world in the future. In exchange for that, President realizes the aliens have created a base under the White House. They experiment on the humans there and are in process of creating new species out of them and humans. Val walks Eisenhower through the number of half-alien-half-human babies curated.

Eisenhower is sick of it, and Mamie Eisenhower suggests giving them Nevada. Thus, Eisenhower offers aliens Area 51 to work on their experiments. Apart from this, Eisenhower also finds out about Marilyn Monroe creating talks about alien abductions. Acknowledging she drinks and is on pills and no one would suspect, Eisenhower asks Nixon to look at it, and he does. Nixon also assures Kennedy he had nothing to do with this. The past closed with Eisenhower, Nixon, and Val introducing President Lyndon to what aliens are up to, which leaves him in shock.

Also Read: The Medium Ending Explained: What Happens At The End Of The Thai Horror?

Cut to the Present, Troy gives birth to a close to perfect baby, according to the aliens. Troy forms an instant connection with his baby, but due to physical abnormalities suggested by aliens, they kill the baby instantly. He later reveals everything to his friends and what he felt before they slaughtered it. Calico, on the other hand, interrupts their talks and states they can’t do anything about it. If they plan to escape like everyone here has been doing for years. They can’t. Since 1969, she has been dumping a few babies. 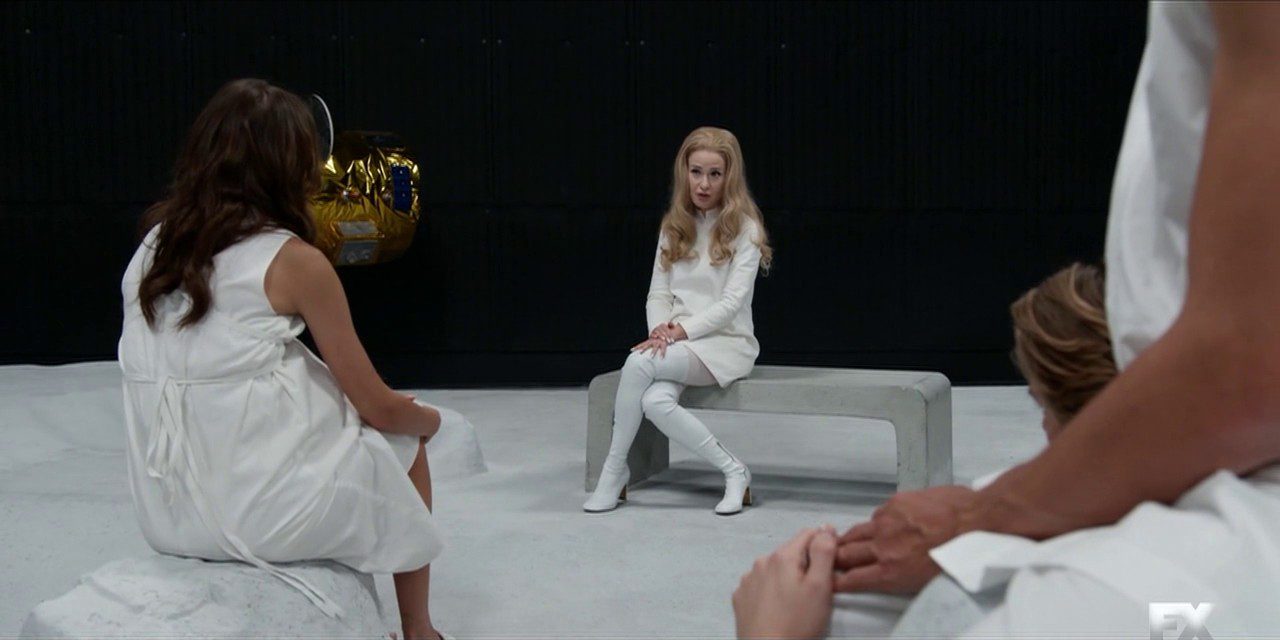 So Calico took them to set where America faked moon landing and told her story on how she got here, how Neil Armstrong and Buzz Aldrin broke the story to her, how they faked the moon landing to satisfy humans and introduce the new technologies. Only so that humans don’t suddenly start asking questions. The episode closed with Cal secretly giving birth to a baby with Troy so that aliens don’t kill it. But the baby turned out to be monstrous who tried to kill Cal.

American Horror Story Season 10 Episode 10 is releasing on October 20, 2021. It is titled” The Future Perfect”. The official synopsis of the episode says Eisenhower is about to take a backseat due to his deteriorating health, as seen in the promo. It’s Mamie who will be looking forward to things from now on. Furthermore, we will get an insight into what will happen in the future.

The official promo also sees Val breaking down the entire plan to create the new species. On top of that, how complex it was. It seems like 2021 will be the year that will actually see them succeed in doing so. Thus, a new perfect hybrid comes into existence. Also note, the glimpses from the present see some soldiers coming to rescue, but probably aliens got the best of them. We will soon know the fate of the future in American Horror Story Season 10 Episode 10 as it marks the end of the season.

Also Read: ‘No One Gets Out Alive’ Ending Explained: What Was The Horror Movie About?