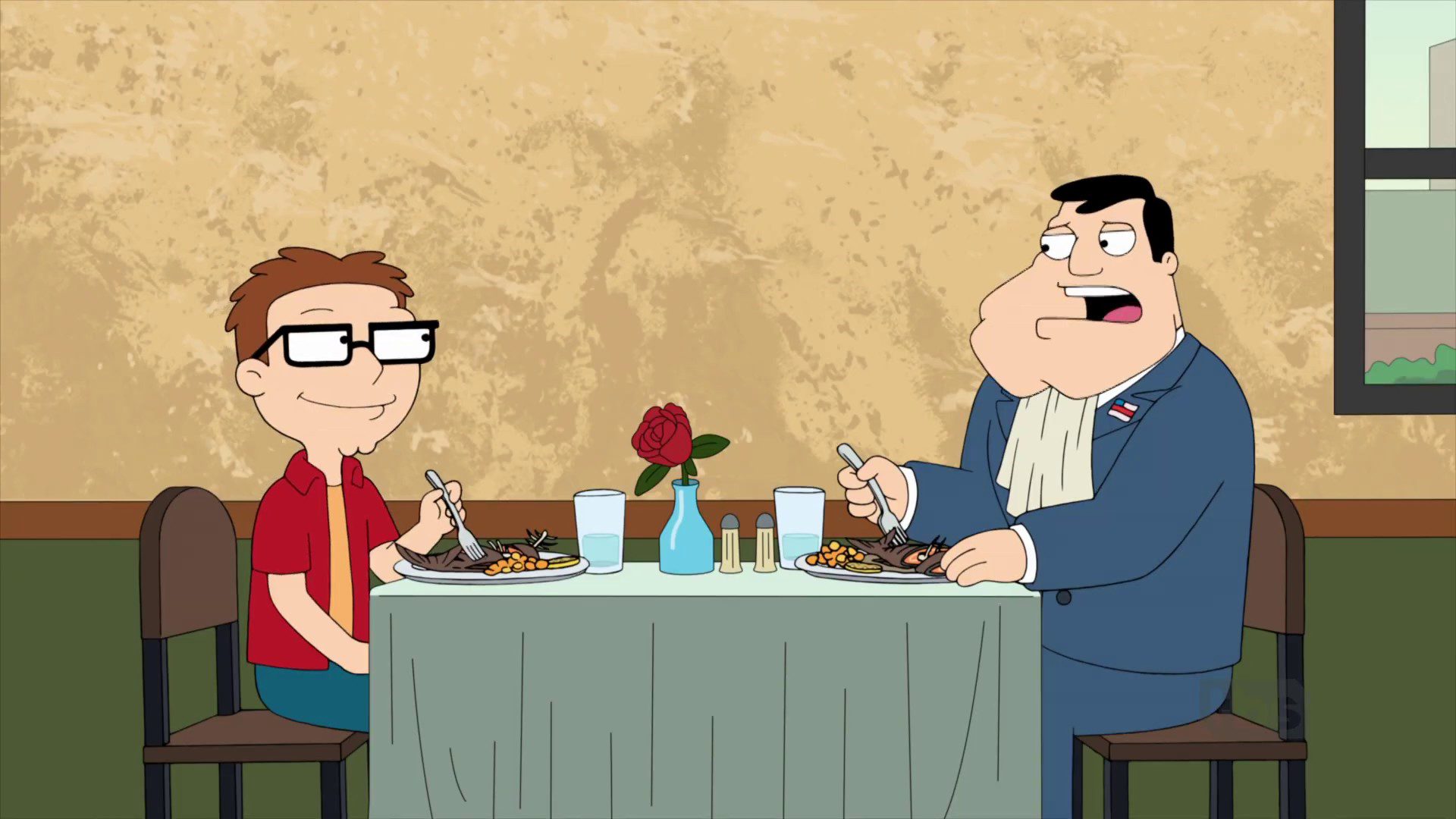 American Dad Season 18 Episode 21 will see two fathers getting along with each other. The only thing is one of them is trying way too hard to impress the other. Yes, you guessed it right, it is Stan. It’s high time, we already had Stan learning new feelings in the recent episode. We hope he doesn’t mess things up whatever he is trying to do in the coming episode. Talking about new feelings, yes Stan learns what empathy means. Hold on, this doesn’t come from inside of this heart, it comes from a competition his boss has organized.

So, when a different colleague ends up winning that competition, Stan wonders why he couldn’t bring out the same feelings as his. Sooner in no time, he learns that his son himself knows about a feeling that resonates with crying. Something he wants to win the competition with. So Steve and Stan spend days together as the father-son duo. Son teaching his father the meaning of empathy. But in the same process, there are a few mishaps taking place changing the other person around. So here is what happened.

Previously on American Dad, we opened up with Stan’s Boss wanting one of his employees to cry for a mission. One of them has to go enemy’s funeral and empathize. In the same process bring in all the secrets they need to know. So hereby the crying contest begins. Jackson ended up winning it by bringing real tears. He is awarded a jacket and named Agent Cry Baby. Meanwhile, Stan wonders why he can’t cry immediately.

The next day, Steve introduces the family to Carol who is observing Steve for the best boy award. Everyone is happy that Steve could win but he doesn’t want to this year. He wants a boy named Bret who is trying for years to win. This feeling of empathy only makes Carol make Steve the ideal candidate. When Stan realizes this feeling of empathy has a connection with crying, he wants his son to teach him this feeling.

From a colleague having a bad life to a number of doctors, Stan looks to teach himself real empathy. Until he actually meets a brand new doctor in town, who with her technique manages to get those tears out of Stan’s eyes. The next day, Stan beats Jackson in a cry-off to win the title of Agent Cry Baby. But now he feels sad towards him and now Steve tells Stan this is empathy.

Stan starts feeling empathy towards everything and is needed to take it to the doctor again to diminish that feeling. When Stan realizes Steve feels empathy all the time, he turns things around. He takes him to the same doctor to diminish that feeling and now suddenly Steve is a Jerk. By the time the best boy competition comes, he is a jerk to his competition. Thus his chances of winning are low now.

Stan realizes his mistakes and gives Jackson the Cry Baby Award and his first mission. That is to accuse the competition Bret of something he didn’t do. In the process, use his tears to prove it. But in no time, Steve comes out stating that he faked being a jerk so that Bret who is trying to win for years could win it. Carol notices the change of heart in Stan and gives him the best boy instead. Also during the episode, Rogers tries to connect one of his old AC customers after he broke his ceiling. Although it works, Rogers and Jeff end up spoiling the customer’s roof further.

American Dad Season 18 Episode 21 is titled, “Crystal Clear”. The official synopsis of the episode says Stan tries to get along with Steve’s friend Toshi’s father. Hoping to impress him, he gets way over his head and may go to farther lengths in doing so. Meanwhile, we have Jeff taking away Klaus from the noises of the city to the countryside for a weekend getaway. Will they have fun together? Or is there someone else trying to invade it? All in American Dad Season 18 Episode 21.

That Time I Got Reincarnated As A Slime Season 2 Part 2 Episode 22: Release Date & Preview

To Your Eternity Season 2 CONFIRMED: What We Know About it