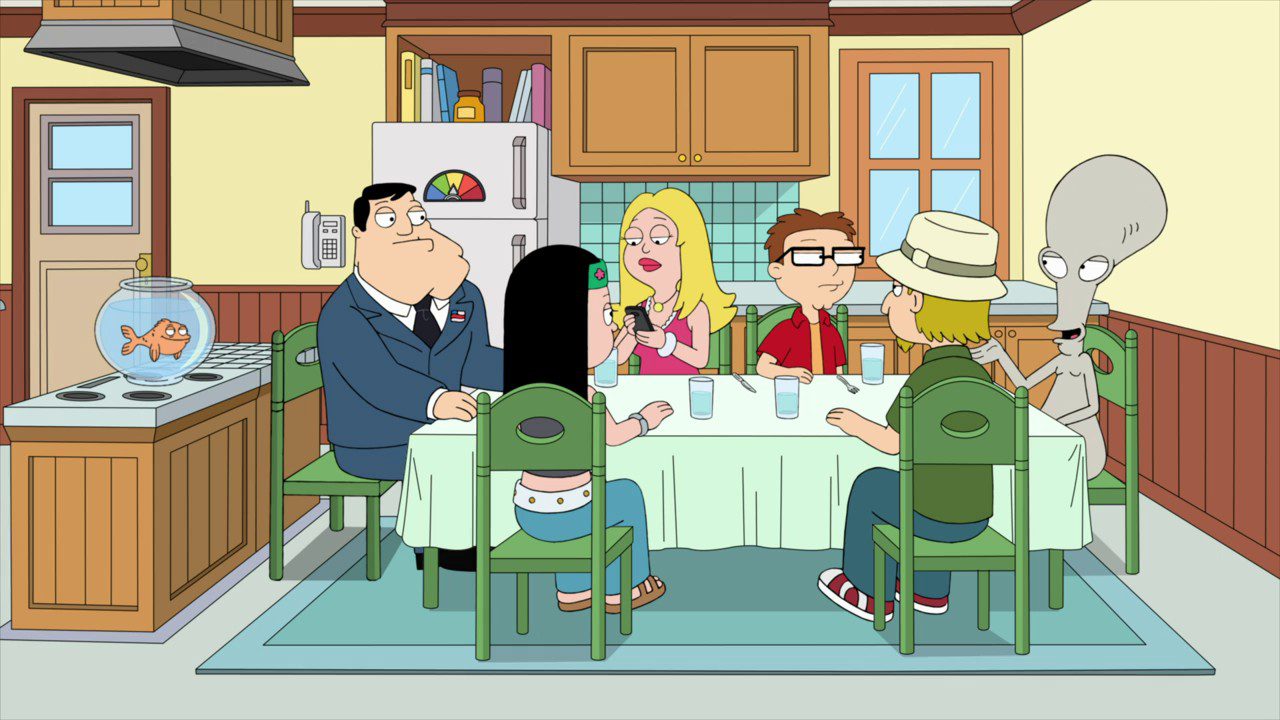 American Dad Season 18 Episode 19 finally marks in for a whole family-centered episode. For the past two episodes, it seemed like a Hayley adventures spin-off. We saw Hayley making a new friend who might not be of her age but definitely is way cooler. This saw her obsessing over her and going away from her family. Francine tried to bring her to their senses only to fail. That was until Hayley realized her new friend’s evil plans and her family was the only one to rescue.

So, that resolved and Hayley was picking things up and did great recently. Roger had his own personal Solar business and dreams related to it. Dreams with his measures that may take thousands of years to accomplish. So Hayley added in her helping hand only to grow it with much success rate until the competition walked in that disrupted it. So what did our family had in store? Let’s find out.

Previously on American Dad Season 18, we opened with Hayley and Jeff promoting a campaign to save Planet Earth. Only for everyone avoiding them. That was until they saw Rogers promoting his Dr. Sunny Sunderson Sunsuckers which is a Solar business of his own. Rogers ends up inviting them to see it. Stan on his breakfast notices the missing TV Listings booklet with the newspaper. Now he believes there is a thief stealing it and wants to find out who it is. 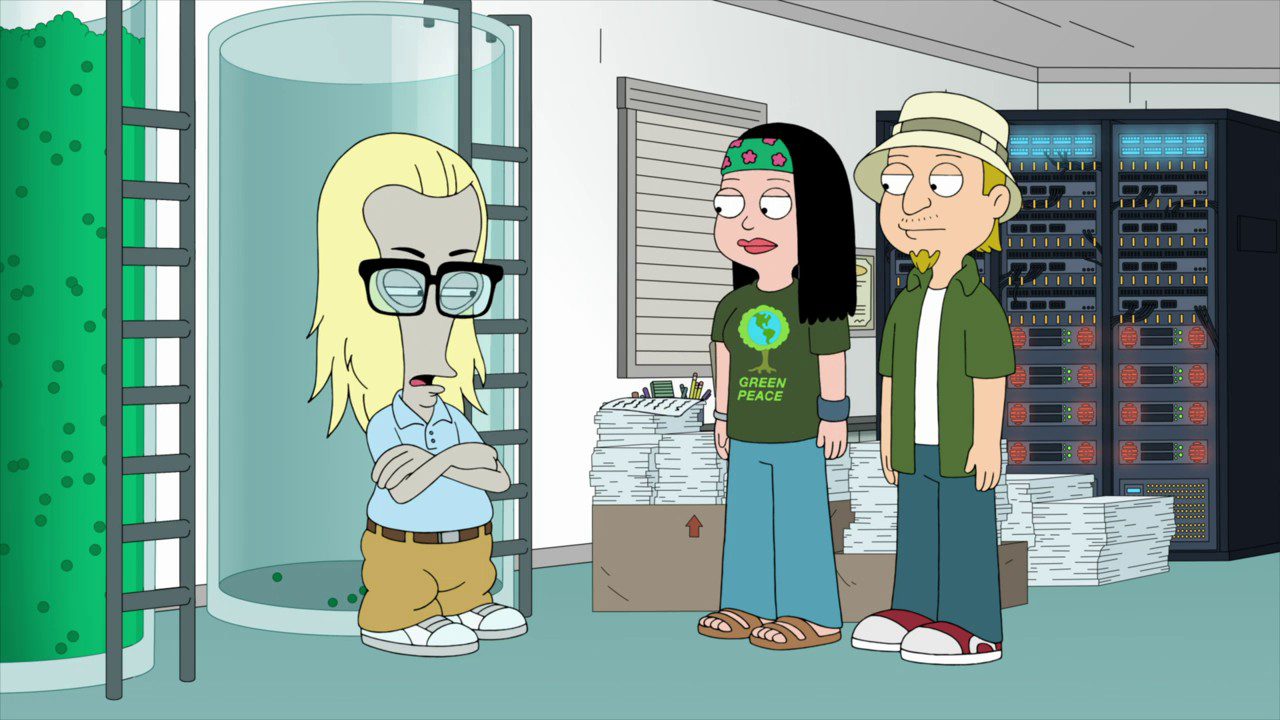 Hayley and Jeff pay a visit to Rogers’s lab and notice the flaws he is having with a real-time solar business. They offer a quick solution for his world-changing business but Roger wants to stick to his old measures. So Hayley devices a plan and in Roger’s absence, she plans to take over the business. Meanwhile, Stan recruits Francine and Steve plans to catch the guy stealing TV Listings booklets.

Roger sees his face on Jeff’s Van and he suspects something is up. He confronts Jeff and Hayley but realizes the couple has turned around his business by installing 8 new Sunsuckers in no time. So they join hands, the business becomes huge quickly and a small-town success story. This leads them to fame with an interview on News Time With Lamont Lime. At the same time, the fame also attracts some negative attention with competition trying to take them down. 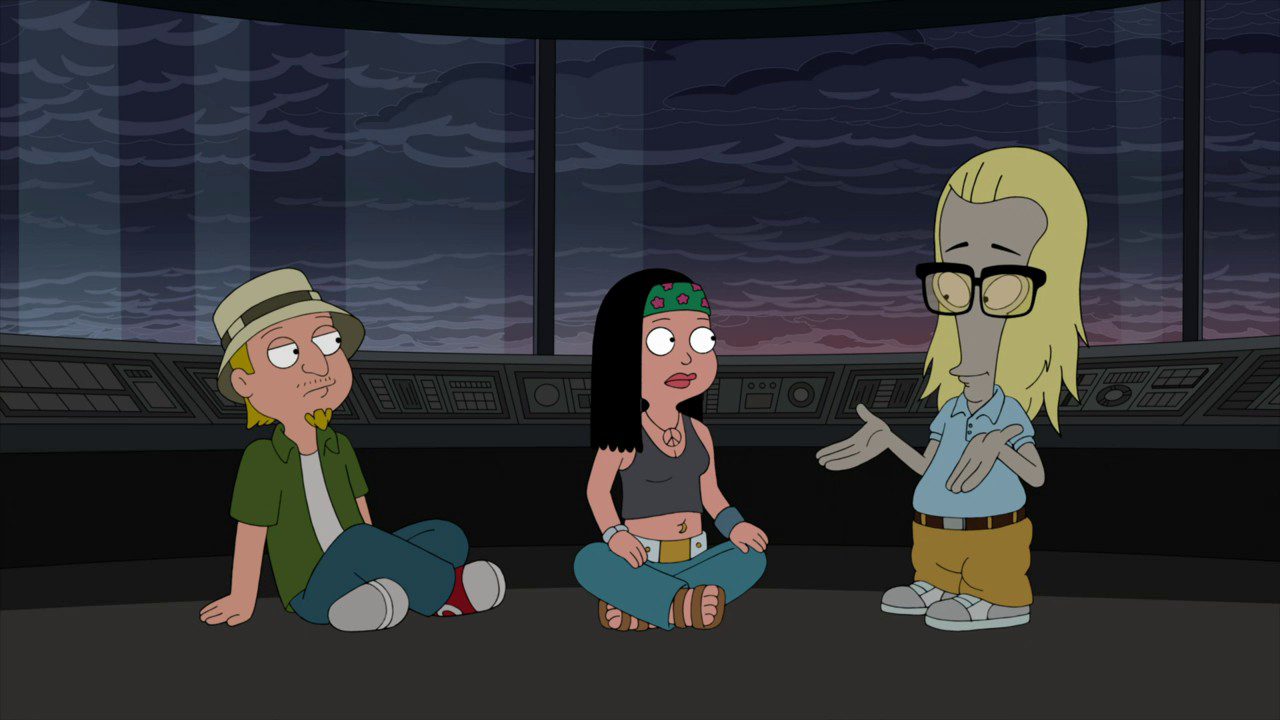 Stan’s mission to catch the TV listings booklet thief fails. Hayley is disappointed with the business loss until Rogers brings a solution in. The one that allowed them to blow up their competition’s all gas stations, power plants, and oil refineries. Soon the flames may hit the pipeline becoming eternal fires and the group needs to figure out how they can stop it.

The world is coming to an end. So Rogers answers his one failed attempt with another experiment of his own and manages to save the world in time. The episode closes with Stan revealing himself as the TV Listings Booklet Thief.

American Dad Season 18 Episode 19 is titled, “Family Time”. The official synopsis says we are finally moving from Hayley-centered episodes. This time it will be more of a family day as Stan takes everyone on dinner at a Buffet Restaurant. What mess the family may create remains to be seen. Apart from that, another thing to look at is Roger turning into a flower. Do we wonder what does that means? We gotta watch American Dad Season 18 Episode 19 to figure it out.