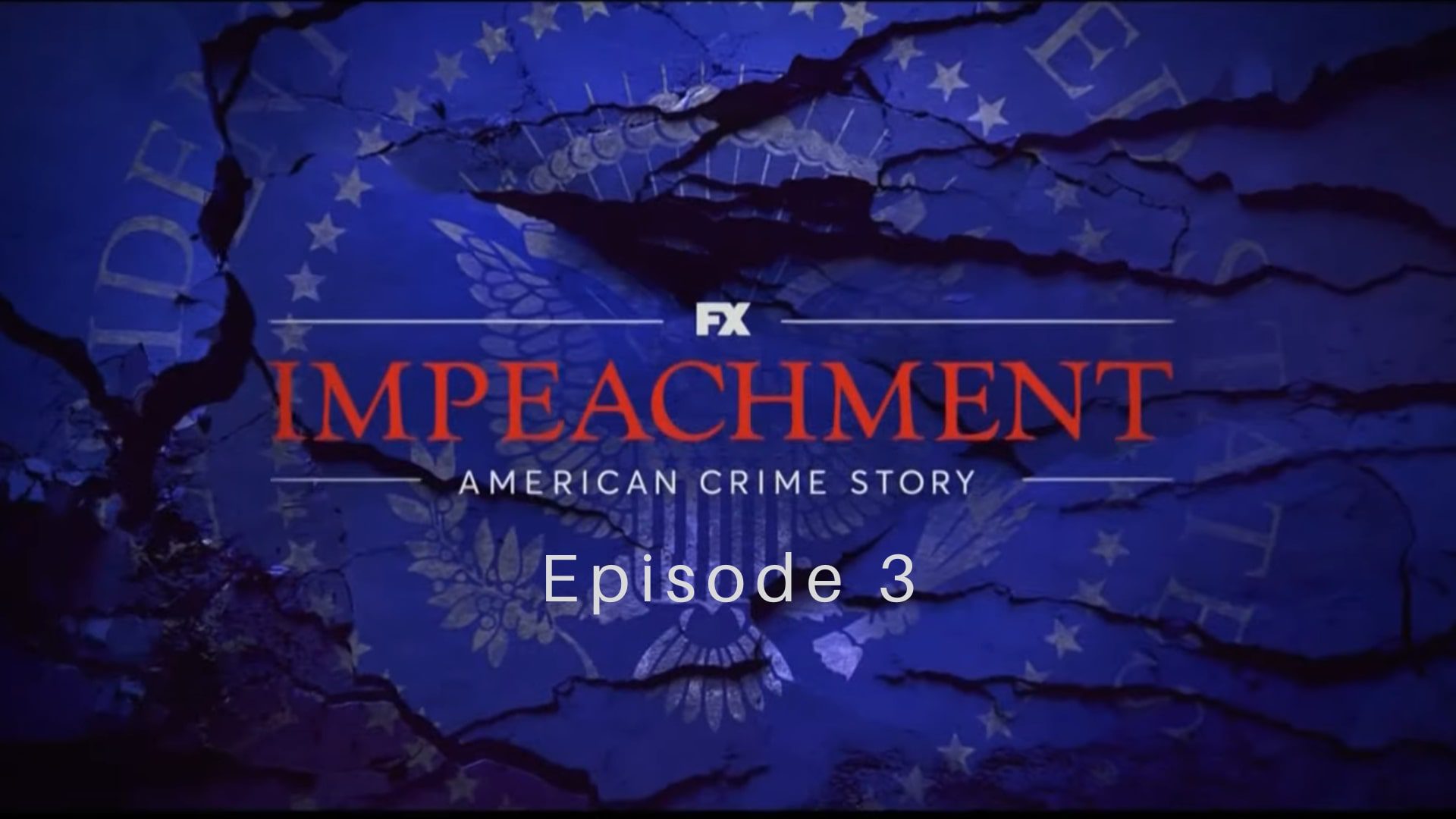 American Crime Story Season 3 Episode 3 is coming in the following week. The anthology crime television series comes with its brand-new season, Impeachment: American Crime Story. The storyline revolves around Clinton- Lewinsky scandal and is based on the book written by Jeffrey Toobin. Even though only two episodes have been released, all characters are playing their role excellently. The plot seems to thicken as we get to see the beginning of the Clinton- Lewinsky scandal. The latest episode has given a new arc to the storyline.

The last episode showed some breakthroughs. It began with a solid opening, showing the relationship between the President and Lewinsky and how they turned from a mere intern and the President to secret lovers. It gave a sight of psychosexual issues. However, naming their affair as love, both appeared to have different goals. After not being in touch for a year, Monice confined Linda of her affair and eventually let out the secret when Clinton got re-elected. Still, the things did not work in her favor, and to her aid came Jones and Susan. By the end, Linda hinted at a bigger story when a journalist visited her to know about the President’s unwanted approach story. Each episode brings a new piece to complete the puzzle. It will be worth watching how the story will unveil.

Episode 2 of Impeachment: American Crime Story is titled “The President Kissed Me”. The episode was set in November 1995. Finally, viewers get to see the true relationship between the President and Monica. During that period, Monica Lewinsky is an intern at the White House, where she learns that because of the government shutdown, all interns will take on greater responsibilities. However, Monica seems to have a far different plan as she begins her rendezvous with the President. Their meetings turn sexual when she confesses her love to him. 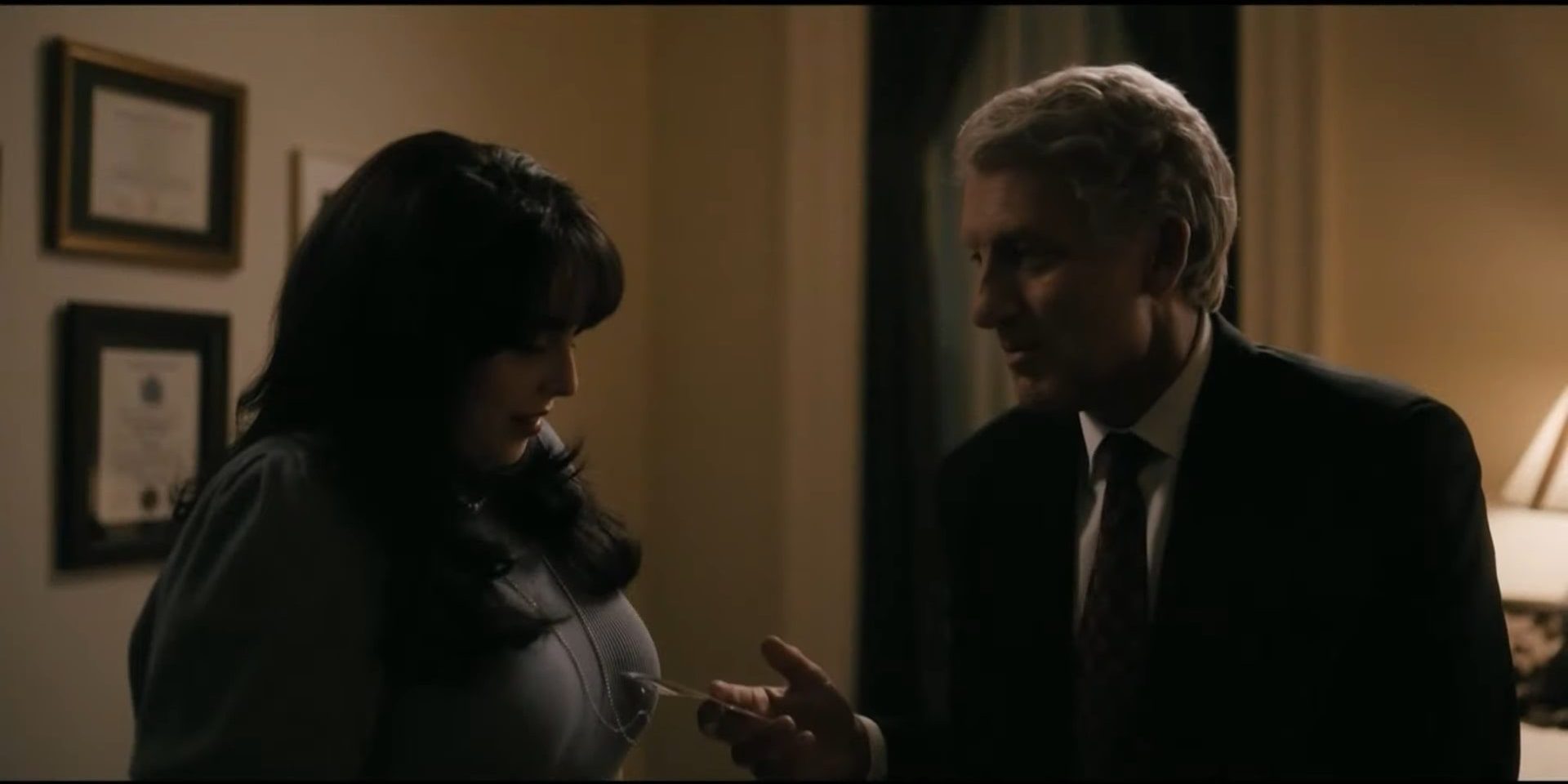 After a year, when things do not seem good, Monica starts confiding in Linda. She reveals that her boyfriend has not been in touch with her. After Clinton’s successful re-election, Monica ultimately confesses to Linda of her love affair with the President and that she was promised to return upon his victory. However, that promise appears to be futile as she has not returned to the White House yet. On the other side, Paul’s hypocrisy continues, and his case attracts anti-abortion activist Susan McMillian. While Paul teaches her about media appearance, Susan assists her in her case.

As the episode comes near-end, in 1997, a journalist visits Linda at the Pentagon to confirm Kathleen Willey’s story of the President’s unwanted advance to her. However, it shows that she hints to him that there is a bigger story behind the curtain. The second piece of Impeachment: American Crime Story was entertaining. It delivered perfectly how personal and political interweaves could fuel and feed on another one, leaving nothing but politics in the end.

Episode 3 of Impeachment: American Crime Story is titled “Not To Be Believed.” In the upcoming episode, we will see the tension rise between the President and Monica. It will show how Linda will respond after Monica telling her about the affair with the President. It seems Paul is given a settlement. Whether he takes it or not, only time will tell. There are also strange things occurring around Linda as she feels that someone is after her. Also, the next episode will reveal whether Bill is meant what he said in the previous episode during his heated conversation with Monica. The upcoming episode will bring more drama and some degree of suspense. To know how the story will unfold, watch American Crime Story Season 3 Episode 3.