Amanda Jade Wellington is a professional Australian cricketer who is engaged for two years. Her love life has lately caught the eyes of her fans. 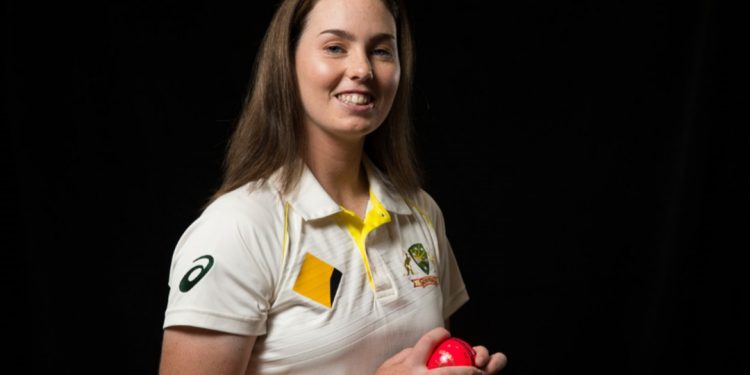 Amanda Jade Wellington is an Australian professional cricketer whose love life has lately caught the public eye. Who is she dating in 2021? Starting this with introducing her as the cricketer, Amanda Jade Wellington currently plays for the dual teams- South Australian Scorpions and Adelaide Strikers in the Women’s National Cricket League and Women’s Big Bash League, respectively. She is a right-handed batsman and right-armed bowler. Since 2016, Amanda has represented Australia in Tests, ODIs, and T20s. Little did you know that she started her Women’s National Cricket League debut when she was 15 years old.

Many of you still don’t know that it’s been more than two years since Amanda Jade Wellington got engaged to her boyfriend. Before their engagement, they dated for quite some time. The newly engaged couple is leading a blissful life. Also, the proposal was very surprising for the cricketer as it wasn’t planned. If you are highly interested in knowing about Amanda Jade Wellington and her partner, stay with us till the end of this article.

The professional Australian cricketer Amanda Jade Wellington was born on 29 May 1997 in Adelaide, South Australia. As of now, she is 24 years old. She is considered the youngest yet talented person to represent South Australia in the senior cricket team. When it comes to her family, she is very close to her parents, but their names are not made to the public yet. She is a follower of Christianity.

To date, she has played for several teams like- Australia Women, Otago Women, Southern Brave (Women), South Australia Under 15s (Women). Currently, she is playing for the Adelaide Strikers and South Australian Scorpions. At such a young age, she has made it to the top and is quite successful in her career. She is working hard to achieve all her goals in the upcoming days of her life. Her Instagram account currently holds 22.2k followers. Because of her outstanding, notable batting and bowling style, she has garnered a large number of people. In short, she has the capability of turning a match on its head. She is considered one of the youngest and talented athletes in Australia.

Also read: Natasha Hunt’s Boyfriend: Who is the Rugby Star Dating In 2021?

Her fans who are unaware of her personal life are wondering if Amanda Jade Wellington is dating anyone in 2021. Well, a big yes. It’s been two years that she is engaged to her lovely boyfriend. Who is he?

Currently, Amanda Jade Wellington is dating her fiance Tayler McKechnie. It was on 19 October 2019, Tayler proposed to her on the cricket field when she was set to get photographed for her team’s victory. It was on the day when Amanda’s team Adelaide Strikers won over Melbourne Renegades by six wickets. The entire team was cheering her up and had congratulated the couple at the time Tayler proposed to her. Here is the video tweeted. You can have a look.

Nothing much is known about her fiance Tayler McKechnie. But it seems like he is romantic and is caring towards Amanda Jade Wellington. He surely must have his own business but has gained fame for having a celebrity spouse. Not only that, when she was asked about the proposal,  she stated that since it wasn’t planned, it was very shocking and she continued to shake even after some time. The video attached above shows how deeply they are in love with each other. Amanda Jade Wellington also claimed that she is blessed to have Tayler as the love of her life. They are leading a blissful life together.

Neither of these engaged couples has officially announced their marriage date. Thus, the fans are looking forward to seeing their marriage happening shortly. We wish both of them good luck for the rest of their lives, and we are expecting their marriage to happen real soon, just like their engagement. It just happened!

Also read: Who Is Katy Carmichael’s Partner? About Her Marriage & Kids