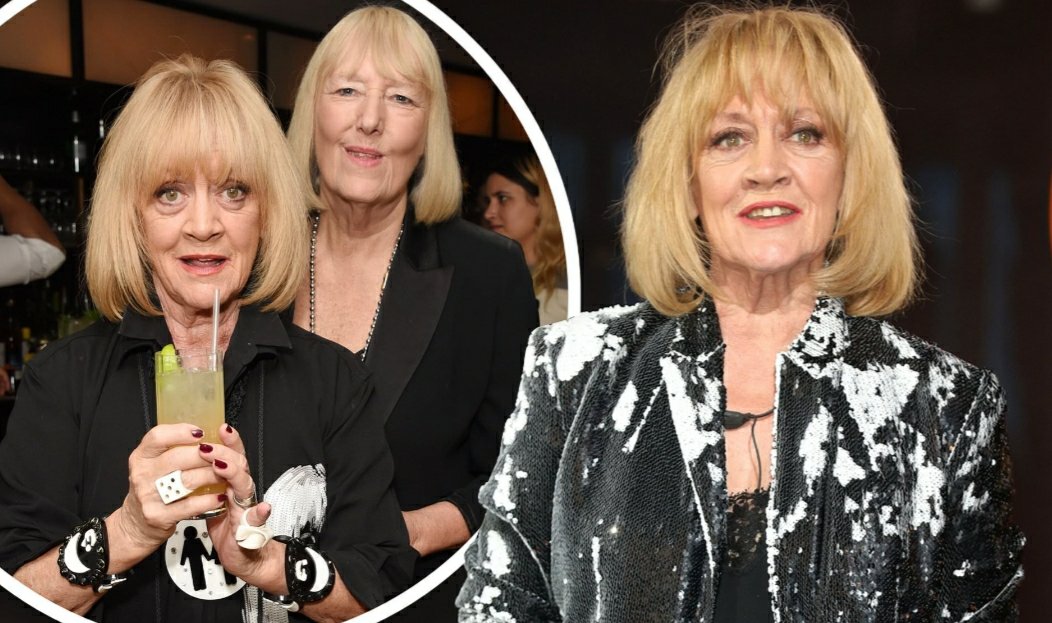 Amanda Barrie is a British actress who gained prominence after staring at Coronation Street and Bad Girls which aired on ITV. Not only in films, but the actress also participated in the reality television shows like Celebrity Big Brother and Hell’s Kitchen. Making the sixth position in the former show, Amanda has garnered quite a several fans across the globe. Discussing some of her other hit films include What a Whopper, Doctor In Distress, I’ve Gotta Horse, many more. She also starred in a couple of Carry On films and those are Carry On Cabby and Carry On Cleo.

The actress, Amanda Barrie tied the knot with Robin Hunter but their relationship didn’t work well. Also, her husband died in 2004. After several years, she revealed her interest in women. This made her fans more curious in knowing who is she dating in 2021. Some have also shown interest in her ex-husband. If you want to know more about Amanda Barrie and her current partner, dig into this article and stay with us till the end.

Also read: Eva Amurri’s Boyfriend: Who is the American Lifestyle Blogger Dating in 2021?

Shirley Anne Broadbent, professionally known as Amanda Barrie is an English actress. She was born on 14 September 1935 in Lancashire, England. To be more precise about her birthplace, it is Ashton-under-Lyne. Currently, she is 86 years old. The actress was born to Hubert Horwath Broadbent (father) and Connie Broadbent (mother). She attended Arts Educational School, Bristol Old Vic Theatre School and later on joined St. Anne’s College. This shows how much worse she is interested in acting since her childhood days.

Amanda Barrie gained prominence in the film industry after staring at the films Carry On Cabby and Carry On Cleo. Also, she has been the cast of Coronation Street and Bad Girls on ITV. Some of her other hit films are Doctor in Distress, What a Whopper, and many. One Of Our Dinosaurs Is Missing was also quite a hit. Also, not to forget to mention her active participation in Celebrity Big Brother in 2018 where she stood sixth. She also participated in the ITV1 reality show Hell’s Kitchen. In brief, she is quite successful in her professional career.

Also read: Amanda Jade Wellington Partner: Who is the She in Relationship Within 2021?

Moving on with her relationships, Amanda Barrie tied the knot with the actor Robin Hunter in 1967. In the initial days of their marriage life, everything was going great. Unfortunately, when things didn’t work well, Amanda and Robin parted ways but didn’t file for divorce. In 2004, her husband died.

Now, finally, we will discuss her current relationship status. After a few years, the actress revealed that she is more interested in women rather than men. She admitted that she kept it secret for a while and very few of her closest friends knew about her interest. Keeping it as a secret just because she thought many people wouldn’t like to work with her because of that. But she ended up marrying her long term girlfriend Hilary Bonner on 12 September 2014. During that time, Amanda was 79 years old. Before their marriage, they were together for ten long years. Some of you aren’t aware of this partner. Hilary Bonner is a famous British novelist, born in 1949. At present, she is 72 years old. She has gained fame for her psychological thrillers. Some of her best selling books include Death Comes First, Deadly Dance, Wheel Of Fire, Cry Darkness, A Moment Of Madness, A Deep Secret, and many more.

Currently, Amanda Barrier and her partner Hilary Bonner are living in Blackdown Gills, Somerset and London. It seems like the couple is living a blissful life and is leading a very happy aged life. Amanda is happier than ever with Hilary. We wish both of them good luck for the upcoming days of their life.