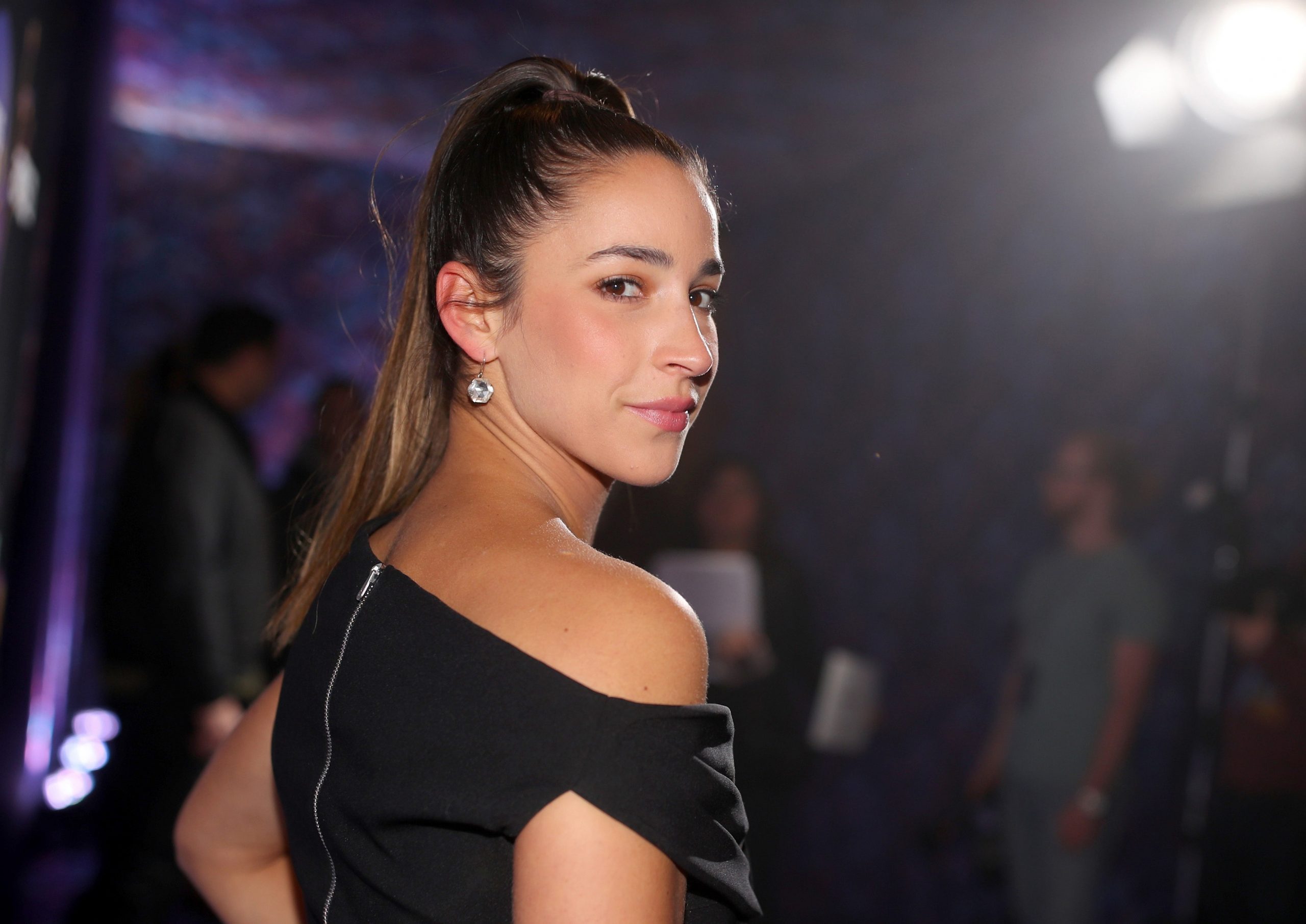 Aly Raisman is single and does not have a boyfriend currently. Aly Raisman is a retired American gymnast and two-time Olympian. Many are curious to know who could be the lucky gentleman winning the heart of this beautiful gymnast. Aly Raisman’s dating life has been the center of attention since she accepted being in a relationship with former NFL player Colton Underwood. Unfortunately, their relationship did not last long. She keeps her love life private, making it difficult for us to find out about her gentlemen.

The former gymnast Aly Raisman had brought numerous medals from the various competition. She had played as a gymnast for more than a decade. Aly has participated in several competitions; Olympic Games, World Championships, Pacific Rim Championships, and FIG World Cup. She was awarded Arthur Ashe Courage Award in 2018. Her professional life is like an open book. Anyone can read all of her achievements and honors easily. However, her personal life is like a close book, and you can only guess what is written in the book.

Also Read: Who is Miranda Kerr Dating? A Look into the Australian Supermodel Private Life

Who Is Aly Raisman’s Boyfriend?

Aly Raisman is currently single. As of 2021, the former gymnast does not have a boyfriend, according to records. Her dating history was short-lived. Her relationship with the former NFL player Colton Underwood received massive attention while they were dating. The pair got to know each other after Underwood’s former teammate Andrew East introduced them, and soon they decided to go on a date around August 2016. Underwood confessed his love to the gymnast after one month in their romance. But it seemed Aly was not ready that time.

In December 2018, Aly and Colton announced their relationship at the Sports Illustrated Sportsperson of the Year Ceremony in New York. Their relationship was not all filled with pink bubbles and lovey-dovey romance only. They had been through thick and thin together. After a few months of dating, Raisman opened up about her sexual abuse to Colton. When she went public with the abuse, Colton proved himself a great boyfriend by supporting her when she needed it. She appreciated his support and love and felt blessed during her difficult days. 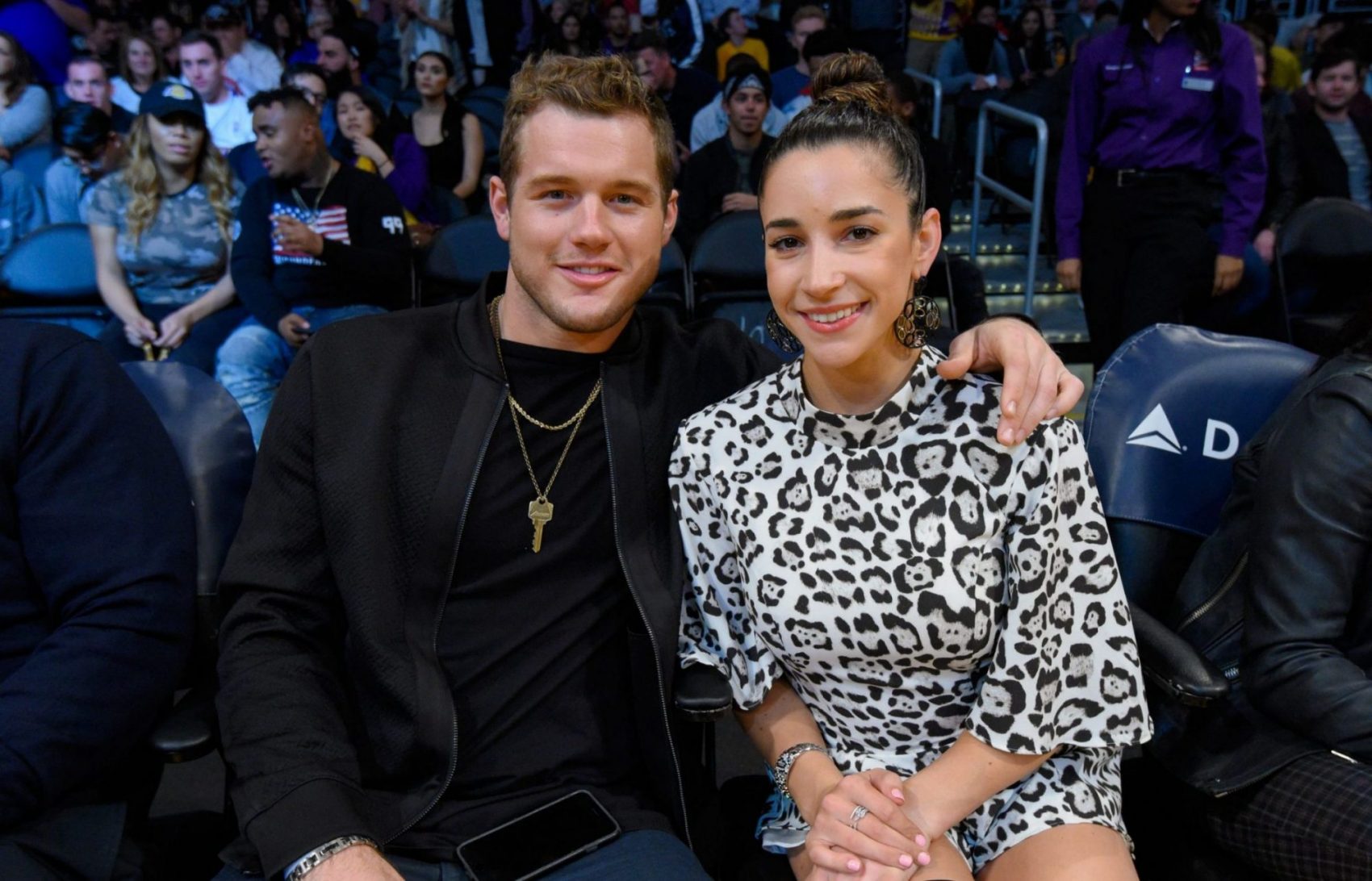 More about her love life

However, not long after, the news disclosed that the couple broke up via FaceTime in 2017. The break-up left hard feelings on both sides. Aly needed time and felt overwhelmed as she was going through the Nassar scandal, yet it hurt Colton so much that he felt numb for weeks after the separation. But after so many years later, both seem to overcome their flaws and insecurities and become better versions of themselves. Before her relationship with Underwood, Jamie McGill was rumored to be her boyfriend, but Aly Raisman debunked rumors saying they were only good friends.

The last November, there were rumors about the gymnast Aly Raisman allegedly dating the Marvel star Chris Evan after posting their video on Twitter. However, she cleared the rumors stating her dog Mylo and Evan’s pup Dodger are playmates, and hence they were together. They are just good friends. But who knows? Maybe soon new love interest will knock on the gymnast door. Until then, Aly wants to focus on her career in gymnastics, her true love.

Alexandra Rose Raisman was born on 25 May 1994 in Needham, Massachusetts, to Lynn and Rick Raisman. Her mother, Lynn (née Faber), was a former high school gymnast. Aly has three younger sisters Brett, Chloe, and Madison. She began gymnastics at a young age. She trained at Exxcel Gymnastics and Brestyan’s American Gymnastics Club under coach Mihai and Silvia Breystyan, where she climbed to level 8. In 2012, Aly graduated from Needham High School after completing her senior year via online classes while training for the Olympics.

Raisman competed at the American Classic and US Classic in 2009. The same year she also competed in the National Championships in Dallas, and it was the beginning of her luminous career journey. For the next ten years, she participated in numerous competitions like the World Championships, Olympics, FIG Championship, and Pacific Rim Championship, winning Gold, Silver, and Bronze medals. After investing her ten years in gymnastics, she retired on 14 January 2020. Aly has also competed in season 16 of the ‘Dancing with the Stars’ dance competition show. To write down all of her achievements and commemorations, we would be short on words because that’s how much she has been successful in her career.

Also Read: Who is Michael Blackson & Girlfriend, Is the Comedy King Dating Someone?