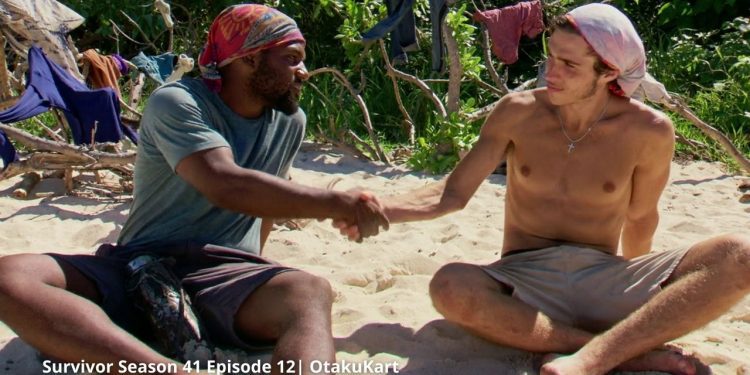 Survivor Season 41 Episode 12 will see alliances falling down. So far, Xander seems to have played his cards really well time after time. He was right at the bottom and now he is at the top. He has an alliance of his own now and the same alliance secured its position and took out contestants from another strong one. But now, the same people aren’t on the same page anymore. This may call Xander to make a heavy decision so that he doesn’t sit on the hot seat. Also, someone is out there hunting for another idol with his alliance getting weaker day by day.

Coming to circle, the recent Survivor Season 41 has been quite an emotional one. Shan called DeSahwn a snake upon her getting voted out. It seemed like everyone was against him now. He was just going with the game and it was nothing personal. Things went emotional on the tribal council as he tried to explain his actions. Also, he was playing the ‘Do or Die’ game of fate that will determine if he stays or goes home.

Previously on Survivor Season 41, we opened up with a broken-hearted Liana who couldn’t save Shan. The cards have turned on them as their alliance is not strong together anymore. Meanwhile, Xander is rejoicing as he came out on top and now has a strong alliance with Ricard, Erika, and Heather working together to get in the bottom four. DeShawn on his side was left wondering why Shan called him the snake while there were others voting for her. Ricard made sure to explain to him where he went wrong. DeShawn later tried to reconnect with Liana and also comforted Danny on the 25th anniversary of his father’s accidental death.

Coming to the game, Jeff liked to call it “Do or Die”. The task sees contestants using handles to balance a ball on a wooden cylinder. At regular intervals, more sections of the cylinder will receive additions that will make the task more difficult to play. The ball drops, and you lose. The winner will surely have a spot in the final six. A twist in-game is, the first one to drop the ball will be forced to participate in a new game called ‘Survivor: Do Or Die.

‘Survivor: Do Or Die’ sees only that participant playing. If you survive, you are in the final six and will vote but if not, you are going home with no vote or idol coming to save you. Heather and Liana chose to sit out while Erika, Ricard, DeShawn, Danny, and Xander are competing right now. DeShawn dropped first and will be playing Do Or Die game. Danny ended up winning the immunity.

Now, if the Do Or Die sees DeShawn winning, there is a vote. If he loses, he will be going home. So there will be no vote. But the Tribe still had to prepare as the result could be anything. At tribal council, DeShawn got emotional about events of the last vote out. Everyone showed him support. Now he had to choose among three boxes. The one with fire will mark that he is safe. He chose right and he was immune. The vote out saw Liana going home.

Survivor Season 41 Episode 12 is releasing on 8 December 2021. From what we saw in the closing moments of the episode, we are down to the final six. Although there was a strong alliance between Xander, Erika, Ricard, and Heather, it’s not working as Xander dreamed of. So far with them together, they managed to take out Shan and Liana one by one. Still, the same can’t be said moving on as Erika somewhere wants Ricard out. Meaning, she can’t be trusted.

On the other side, Danny saw himself hunting for another idol or immunity that could help him stay in the game. It’s cut-throat as there is an alliance in front of him who he has to fight. DeShawn on his side seems to be talking with Xander and creating an alliance of his own. Especially with him having trouble trusting one of his own. We are not sure how much Xander and DeShawn are on the same page at this point in Survivor Season 41 Episode 12.

Also Read: Is This A Farewell From Harry Or Are We In For More With The Sinner Season 4 Episode 9?