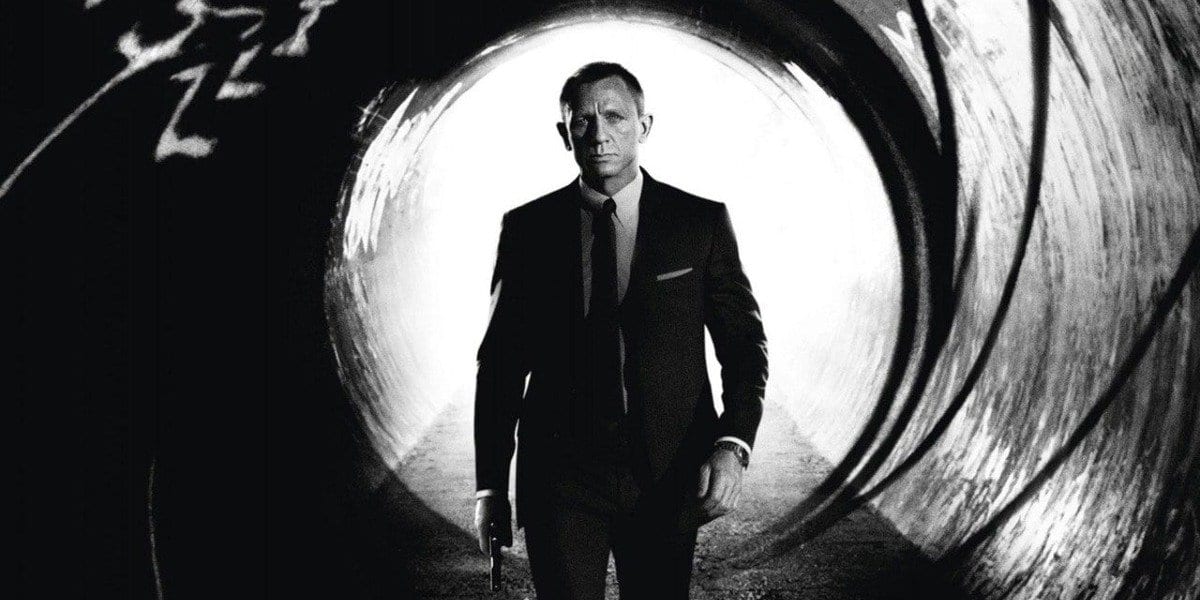 The world is all excited to see the next James Bond in action. Daniel Craig is famous around the world to appear as James Bond. This award-winning actor was famous ahead of playing the role of James Bond in No Time To Die. For those who don’t know, Craig has appeared in famous films like Layer Cake, Munich, Logan Lucky, Road to Perdition, 2011’s The Girl with the Dragon Tattoo, and Knives Out. Today, we will be looking at All Upcoming Daniel Craig Movies.

But after the getting out of the character of James Bond, what will be the next character Daniel Craig will choose? This is the question fans have been asking for quite some time. As an accomplished talent, it will be interesting to see what kinds of roles this globe-trotting superstar will opt-in his future.

Due to his extensive commitments to the Bond franchise and to the newfound Knives Out series, Daniel Craig is not actually been able to commit to too many opportunities to branch out as a dramatic actor for the past couple of years. But that’s said, he still continues to work in small-scale roles. In this article, along with Craig’s recent roles, we will be also looking at all of his upcoming films along with what we know so far regarding All Upcoming Daniel Craig Movies. 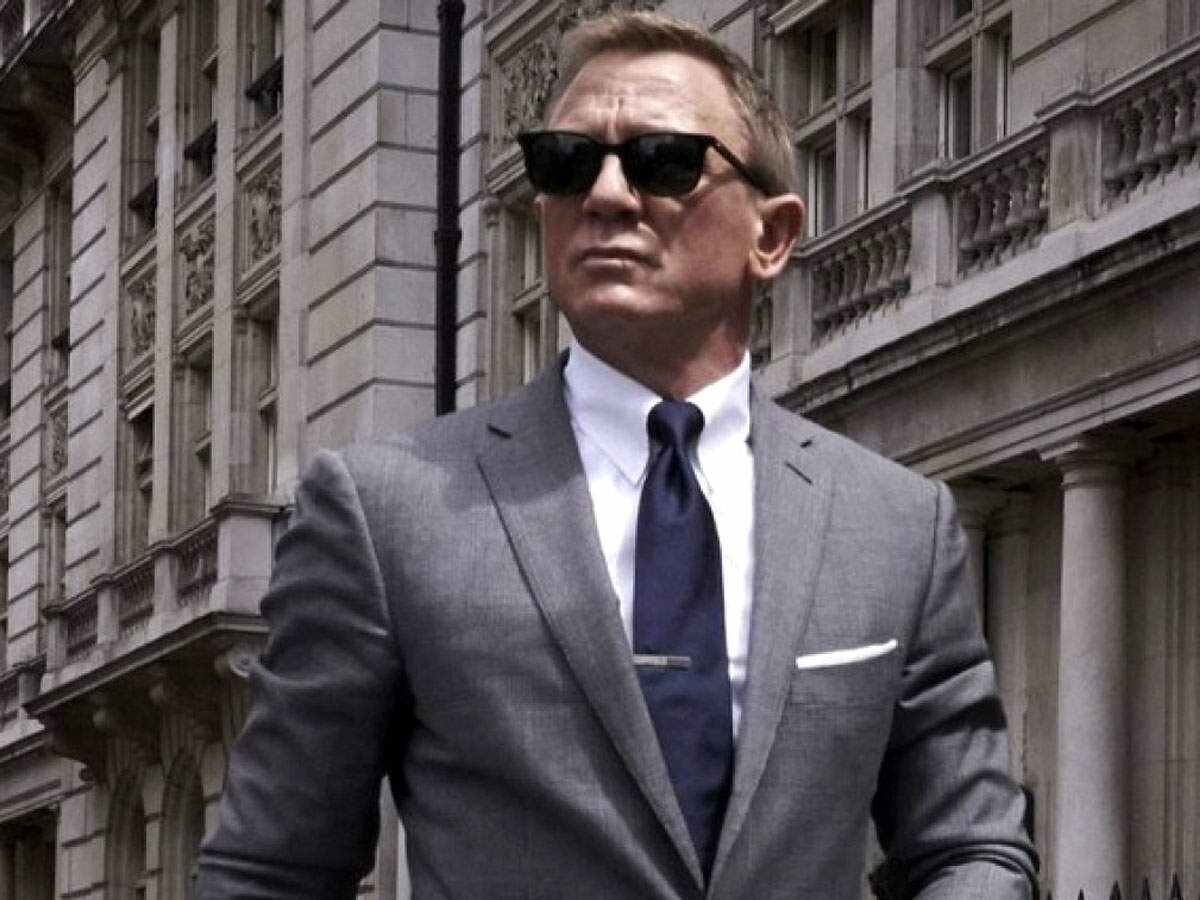 Recently, Daniel Craig had appeared in Steven Soderbergh’s Southern-fried caper dramedy, Logan Lucky. In this show, his performance was widely appreciated. This was the show where we saw Craig cut loose and have a bit of fun. rather than the always serious face of James Bond. In the show, Logan Lucky the English actor played the character of Joe Bang, a wily fugitive con man. 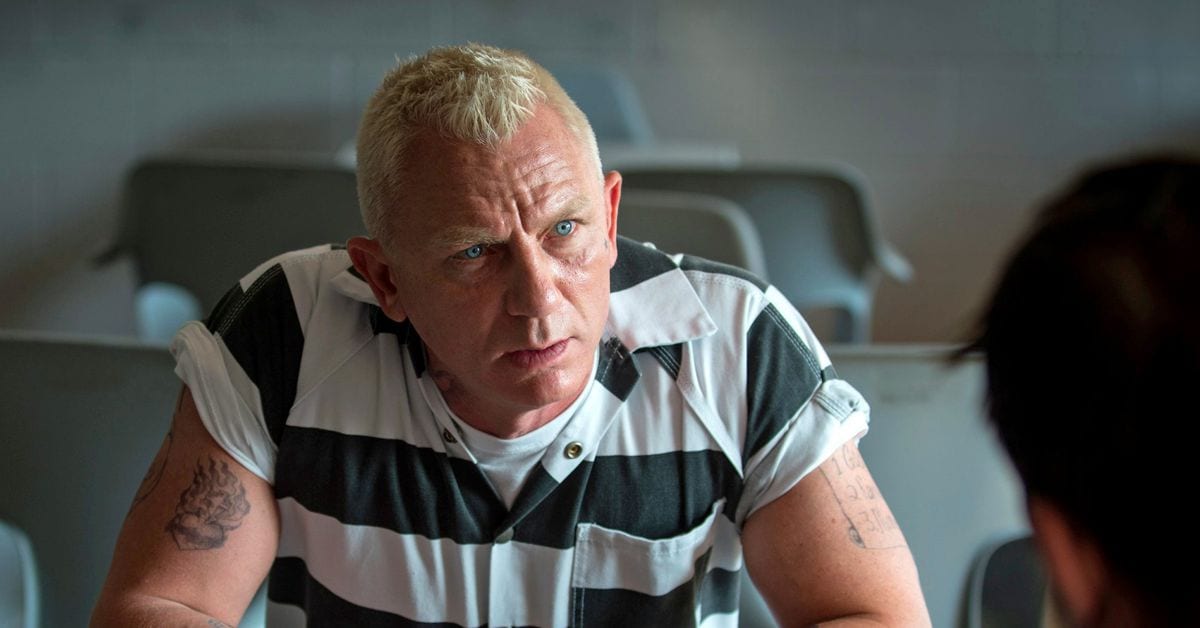 Many consider this role as the funniest performance found in Craig’s career. Along with the appearance in Logan Lucky, The actor was also seen in the role of Father Anton Streza, in Amazon Prime’s outlandish farce series, Comrade Detective. Last year Craig even hosted SNL also. As we all know Daniel Craig has officially announced that he is done playing James Bond, its time to see what all will be his upcoming projects.

Thanks to the situation happening around the world, James Bond fans have to wait a long time to see the Last James Bond movie where we will see Daniel Craig playing the character of James Bond. No Time to Die is also the 25th Bond movie, making its way to the silver screens. If things go according to the plan, the action movie is slated to be released on September 30th in the United Kingdom and to be released in the United States on October 8th. Fans all have No Time to Wait, but there is no other way other than to wait till the official release. 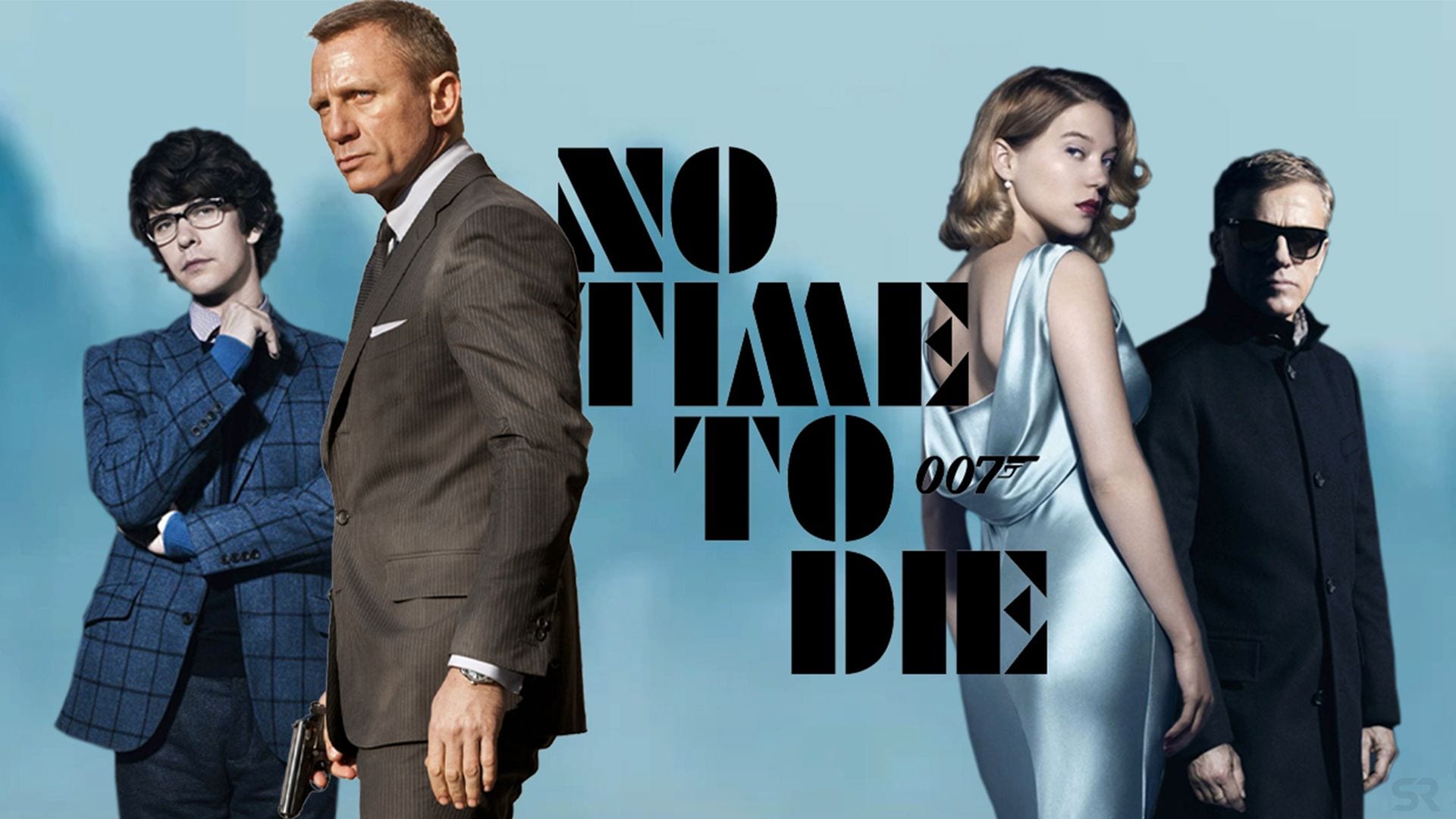 As we all know, in the movie, we will see Daniel Craig returning to play the incomparable James Bond for the last time, No Time to Die will see stars like Lea Seydoux, Jeffrey Wright, Christoph Waltz, and Ralph Fiennes, Ben Whishaw, and Naomie Harris to reprise their previous roles. Directed by Cary Joji Fukunaga and co-written by Phoebe Waller-Bridge, No Time to Die is expected to load with some amazing shots and action scenes. We will need to wait to see how well the fans will receive the Last James Bond movie with Daniel Craig as Bond.

For those who remember, Knives Out became an instant hit when it released back in 2019. We saw the teaming up of  Rian Johnson and Daniel Craig, resulting in a killer success. It was evident that we would be seeing more from this team. And then Netflix enters with their monumental deal for producing not one but two more Knives Out sequels.

Rumors suggest that Rian Johnson and Daniel Craig will be walking away with $100 million paychecks after the project! And indeed it’s a lot of money. This indicates that the sequels will be worth the wait and will have a lot to expect. Most of the details regarding the Knives out the sequel are still unknown. Till now, we know that we will see Daniel Craig reprising his role as Detective Benoit Blanc. Rumors suggest that the cast of Knives Out 2 will feature Dave Bautista, Kathryn Hahn, Edward Norton, Janelle Monae, and Leslie Odom Jr.

Do note that these are still rumors, that are only suggesting what all are the big names to be expected, as there will be more stars attached to the project. We also don’t know who all will be returning from the original Knives Out movie other than Danel Craig. Although there is news regarding that Ana de Armas expressed that she is very interested to make a comeback in the sequel. What we also know is that Knives Out 2 is in the early pre-production stage and it’s expected to start filming later this summer. We will hear more news regarding the Knives out a sequel in the days ahead.

As for the Knives out 3, it’s not any surprise that the plot for the third Knives Out movie is still unknown. It mainly because, as we all guessed we don’t know what is set to happen in the second movie. It’s not even known that both of these movies will be either interconnected or if they’ll be separate movies that will solely feature Craig’s returning presence. This is because there are rumors suggesting that the Knives Out 2 isn’t expected to connect to the original movie other than the main character.

But these assumptions cannot be, in any ways taken into account, as Rian Johnson and his team are currently working on the pre-production stage of the second movie. After this, the movie will enter its production stage, only in the latter part of 2021. As for now, we don’t have any ideas regarding when to expect the sequel to the knives Out movie will be released. This is the same case for the third part of the movie also. 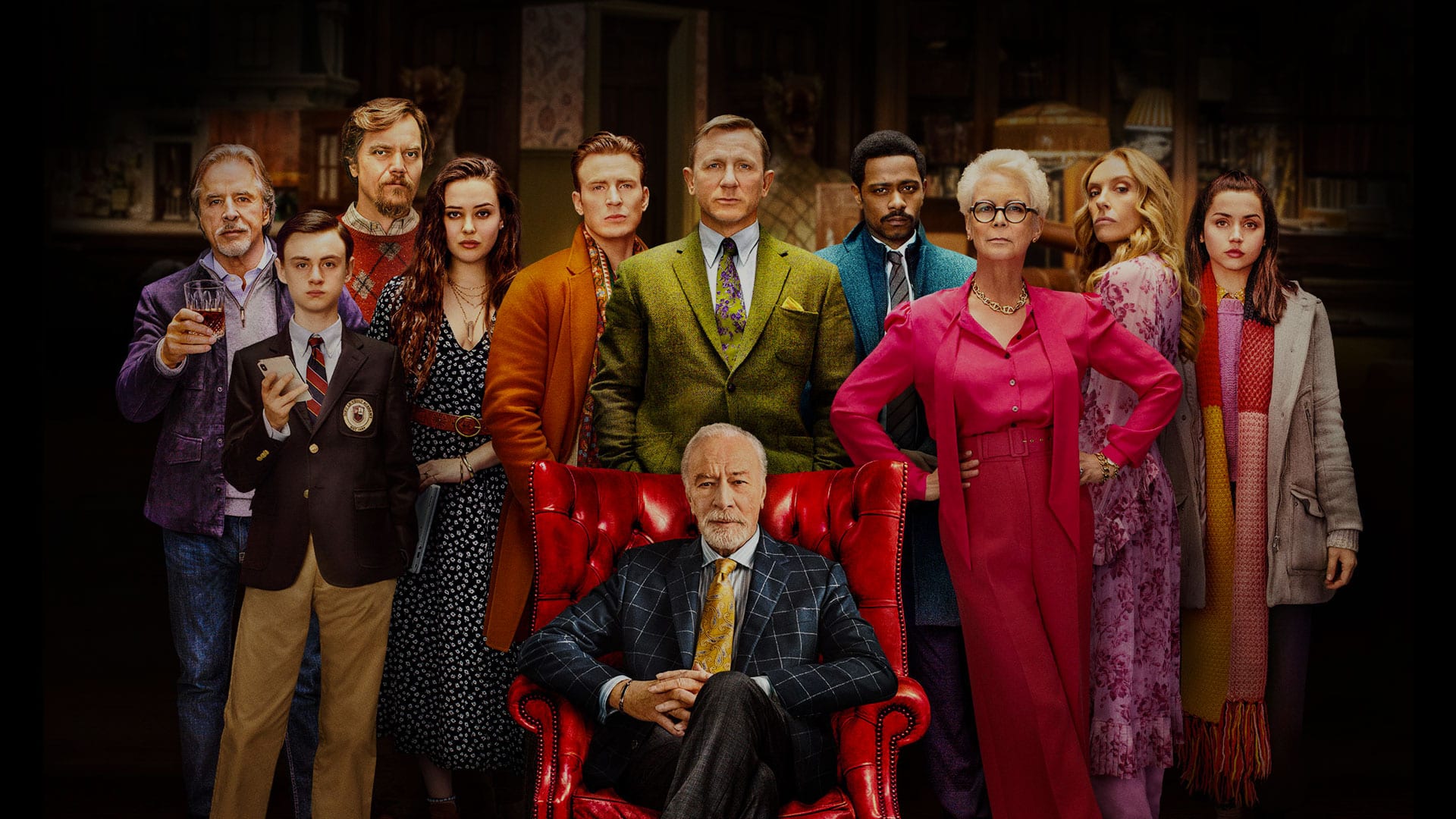 We don’t even know if knives Out 3 be the last movie in the franchise and if there will be any more movies in this franchise. We can make our hopes up that we will see more movies from the franchise where Detective Benoit Blanc will be seen around solving cases. We won’t even know if Rian Johnson will ever hand the keys over to another team of writers and directors. But we also don’t know if Craig will be interested to continue with the franchise after the next two movies. Stay tuned to Otakukart for more updates on the Knives out franchise.

3. The Creed of Violence

After the 2006 movie In the Bedroom and Little Children, we haven’t seen any new movie from the director Todd Field. The outstanding filmmaker hasn’t made a new movie since the 2006 drama. The good news is that we will see a new movie from this undervalued storyteller. Chances are that we’ll get that long-awaited follow-up film The Creed of Violence, a film adaptation of Boston Teran’s 2009 novel with the same name.

In the upcoming movie The Creed of Violence, we will see Daniel Craig playing the role of an assassin named Rawbone. Rawbone travels from Texas to Mexico with a young government agent in order to stop a smuggling ring during the backdrop of the Mexican Revolution in 1910. looking at this storyline and at the director and Craig, this project sounds like the type of dramatic project which would return the action movie star to his character-driven roots.

But we aren’t still sure if this project will move forward. As reports suggest that the production of the movie was about to start in the spring of 2020. This Todd Field project has a high chance that it may fell through the cracks due to the current situation in the world. If that happens then it would be a piece of really sad news to hear.

If this project fails, that would be the second Field and Daniel Craig project that fell sideways. As both of them previously planned to make Purity at Showtime, which is also not getting any kinds of updates. so it seems like this project could also be scraped. But we can hope that The Creed of Violence will eventually come together. Still, this is all rumors and hopes and there aren’t any kinds of confirmations regarding the project to take place.