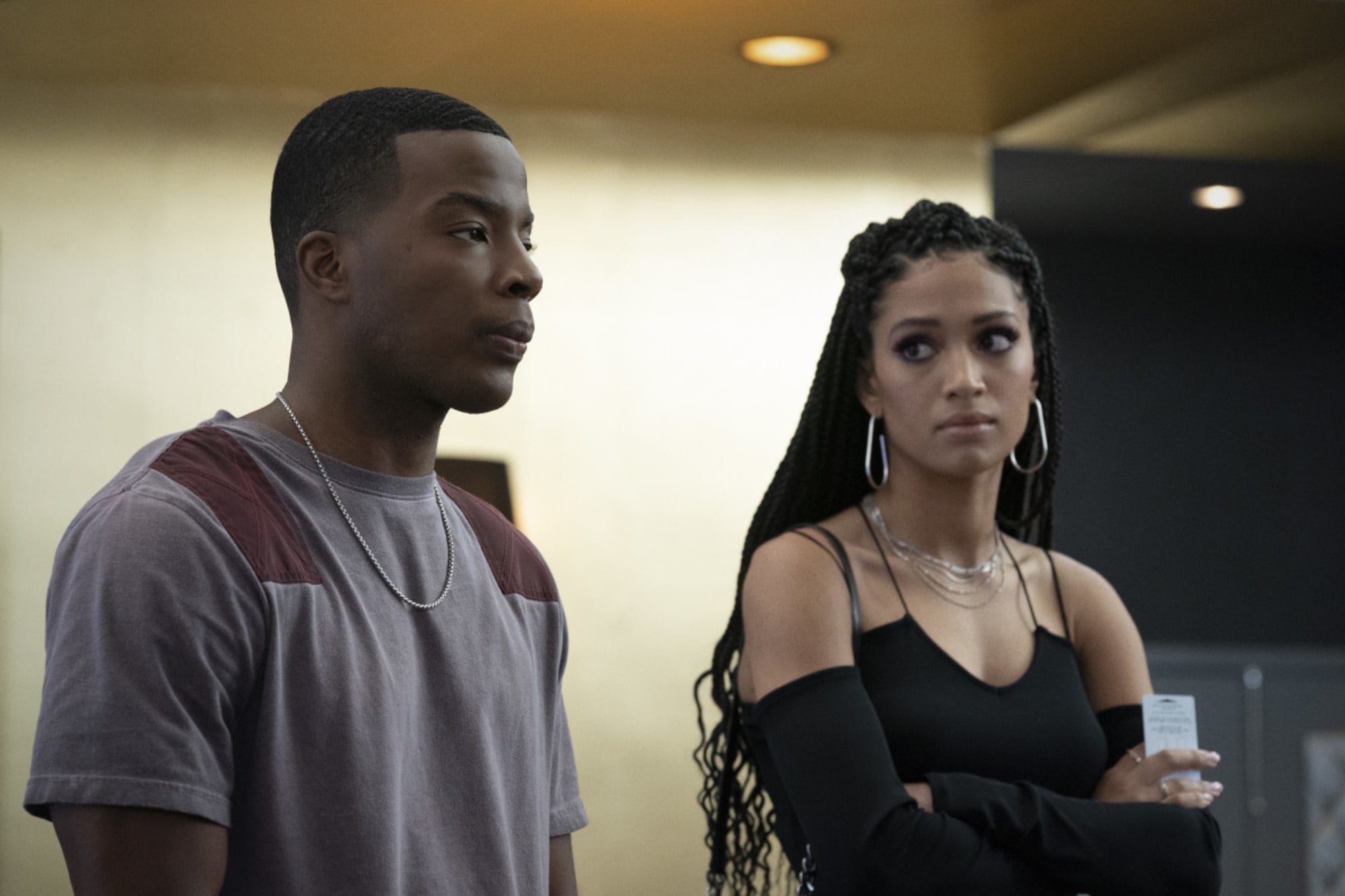 All American season 3 is all the buzz right now on television and you obviously can not deny the amount of fun that it brings to our daily lives. Back in episode 17 of the series, we saw that the children decide to go on a trip to BringstonUniversity. This is the institution where Aunt Amara of Simone works as a professor. The kids are keen on getting a tour of the campus.

Although, given the fact that creators have always a lot of drama stored for us, this episode went no short. We see two competent students named Keisha and Damon who try to rope them all into personal matters that are happening at Bringston. When Simone is being taken on a tour by Keisha, she accuses Simone wrongly of taping a guy. Later in the scenes, we see that the taped guy gets even more angry at Simone because she is not able to recognize him. Well, as it so happens, he is a famous baseball player named Damon.

On the other hand, we see that Keisha gets an emergency call. It reveals that she requires extra participants for her dance fashion show. She looks at Simone and Olivia who perfectly fit the description that she is looking forward to. At instances, we see that Damon surely is interested in Simone but he has to divide his attention between her and the fans because someone posted a picture of him online touring the campus. Also, Olivia is not comfortable with Keisha getting fond of Spencer. But all of this changes very soon when Spencer asks Olivia out for a dance with him.

In the middle of it, he even kisses her. At the same time, we see Amara pulling off a heroic move by revealing the secrets of the head of the college baseball team. He has been involving in some very illegal matters. It is due to this that the entire staff who manages the baseball team is getting kicked out. Also, we see that Spencer and Damon are conversing where the latter reveals that he is adopted and wants to study at Bringston because his birth parents did so too. Well, this ought to do enough with the recap section and we shall dive deeper into what lies in the future for us.

All American Season 3 Episode 18 release date is on the 12th of July 2021 and is titled Int’l Players Anthem (I Choose You). The episode is supposed to drop out at 8 pm according to Eastern Time on The CW. As for further details, you guys should keep in mind that new episodes of the series roll out every week on Monday and runs approximately 42 to 45 minutes. If you are a fan of the series and are wondering about where to watch the latest episodes, then we have got you covered.

The first and the easiest way is to tune into The CW Network at the designated date and time slot mentioned above. If you have cut the cable cords, then new episodes are available to watch on the official website of The CW. YouTube TV lets you watch all your favorite episodes live while they air on the television. You can also buy or even rent these episodes from Amazon Prime Video or Apple iTunes.

On the other hand, we will see Spencer as well as Billy getting all busy with their own schedules because of all the pressure that has been put on the team. At this moment, it is described that the team will actually get along with a person whose presence is quite beneficial for them. We will see Olivia trying to rearrange her life in a better way and get into a recovery phase.

Jovenel Moïse Net Worth: How Rich Was The Haitian President?

Alvaro Morata Net Worth: How Much Does the Professional Footballer Earn?