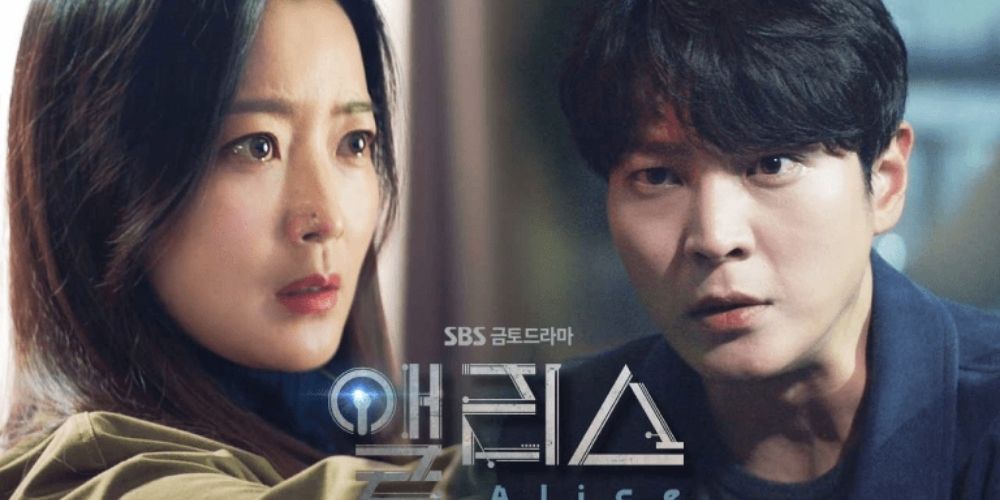 Alice season 2- Everything you need to know

Alice Season 2 Korean Drama has been much-awaited series for the year 2021. The fans are waiting for the confirmation of season 2 of the drama. It is one of the most viewed Korean drama of the yea 2020. Alice Korean drama got on air on August 28 and went off the air on October 24, 2020. The drama is direct under Baek Soo-Chan. The screenwriting of the drama is handled by Kim Kyu-Won. The drama revolves around a duo who got disconnect due to a death. They both meet again with lost memories.

They find a way to regain the memory of their past, and they can time travel. Also, while exploring time travel, she comes across her past. The past revealed many a thing to her. The drama revolves around the genre of Mystery, Drama, Sci-Fi, Fantasy, and Melodrama. This drama is also known as Hotel Aelliseu , Aelliseu , 호텔 앨리스 , Hotel Alice, Aelriseu.

The drama Alice season 1 was a total success. We will be rating it a 7 out of 10. The drama did a great job on the OTT platform. The episode of the drama is released every Friday and Saturday.  The original networking partner of the drama was SBS. Also, there are 16 episodes in season 1. Each episode has a runtime of 1 hour 10 minutes. The drama was streaming on Netflix and Viki. Also, it is available to watch online. Overall this was one interesting drama to watch. Moreover, the drama leaves a positive rating in the heart of the viewers.

The viewers are eagerly waiting for season 2 of the drama Alice. Season 1 has left the OTT on a positive note that everyone is waiting for season 2. According to the current reports, there is no such confirmation of season 2 of the drama. Fans have an eye on the release date, but there is still no conversation of anything as such. This is quite disheartening for the viewers as the drama did a great job online. Also, it is one of the most viewed Korean drama of the year.

The project is still not confirmed by the makers and the producer of the original networking partner SBS till now. Also, it can be clear by the fact that if any other season of the series was going to release, then the news could have been all over the platform. Season one has already ended, and it’s been quite a long time. Still, there is a hope that the season will get release. Netflix is releasing new Korean dramas, and maybe it will work on it, and anything can happen. Maybe the production will take lesser time, and viewers will get their surprises. There is a 50-50 for both. The drama may or may not get released. Till now, there is no official announcement. 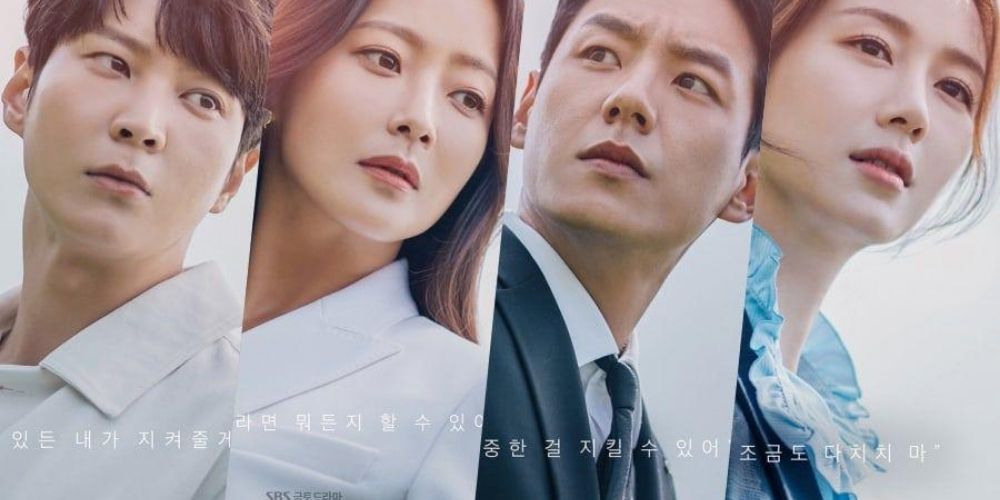 Read More- What To Expect From Mouse Episode 12?

There is no such confirmation of the renewing of the project. The drama, according to our predictions, will be released around June July most probably if comparing to the speed of production similar to season 1; the drama should get a release at the end of July 2021. Once the official announcement is out, there will surely be an update for the same.

Season 1 of the Korean drama Alice is starring Kim Hee Sun as Yoon Tae Yi/ Park Sun Young, Joo Won as Park Jin Gyum, Kwak Shi Yang as Yoo Min Hyuk, Lee Da In as Kim Do Yeon. They all are the lead actor and actresses in the drama. The drama revolves around the life of these four. 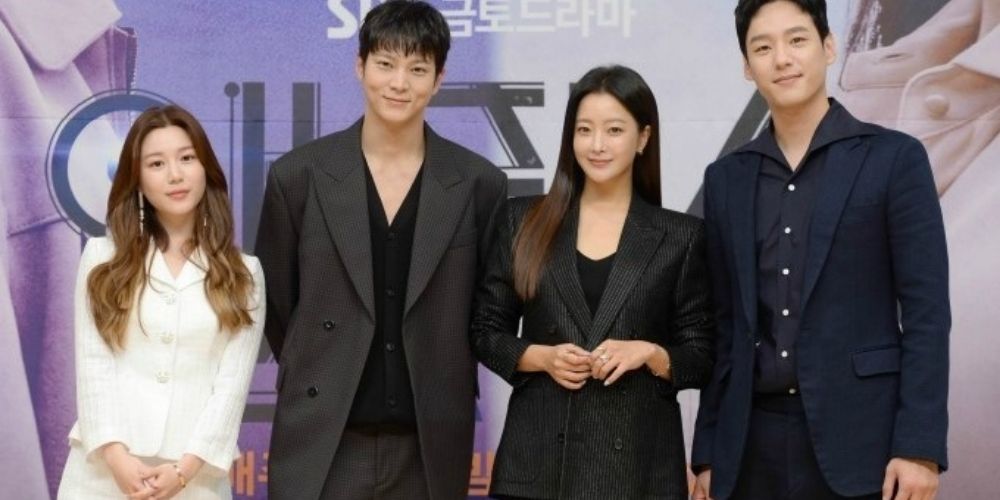 The drama released in the year 2020 revolves around the time 2050. An organization named Alice found a way to time travel. They made it possible for humans to travel in the parallel world and parallel lives. This was a great invention and could have been using for the betterment of people. Also, a book name “Book of Prophecy” was the highlight. The book is said to have discovered the end of the traveler. The book was a total product of prediction. Also, the book has to be saved from going to wrong hands. So Alice made Yoo Min Hyuk and Yoon Tae Yi go back in 1992. They are ordered to give the book to the one who is the last one to protect the book back then.

Also, at the time of the mission, Tae Yi realizes that she is pregnant with the child of Yoo Min Hyuk. She then decides to raise the child without letting Yoo Min know about this. In an attempt to hide the news, she changes her name to Park Sun Young. Park Jin Gyeom is the son of Park Sun Young, and he grows up to be a detective in the year 2020. He meets Yoon Tae Yi of the current world. She is a physics teacher and also has specialized in quantum and temporal mechanics. She has the same look as his mother. This meeting is the beginning of the journey to rediscover the book “Book of Prophecy.” The journey made them discover the answers to the unsolved questions. 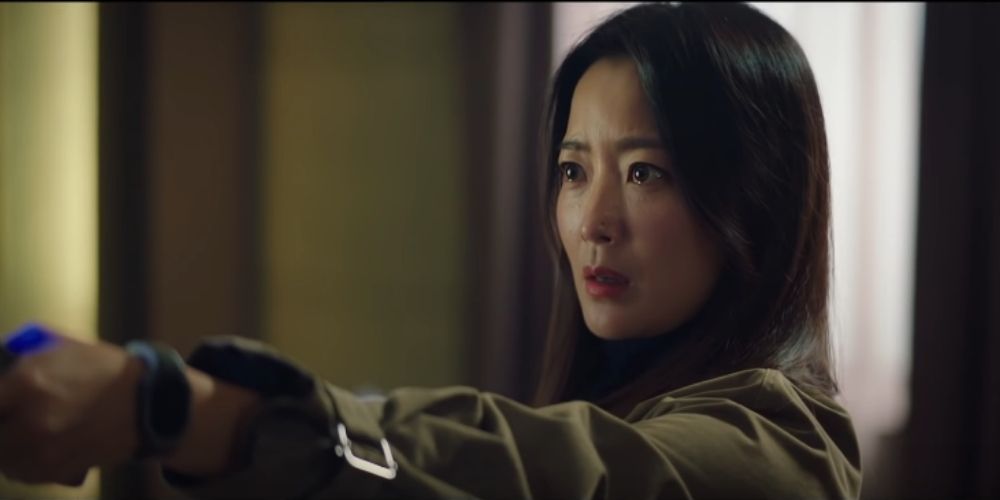 Read More- What To Expect From Lovely Writer Episode 8?