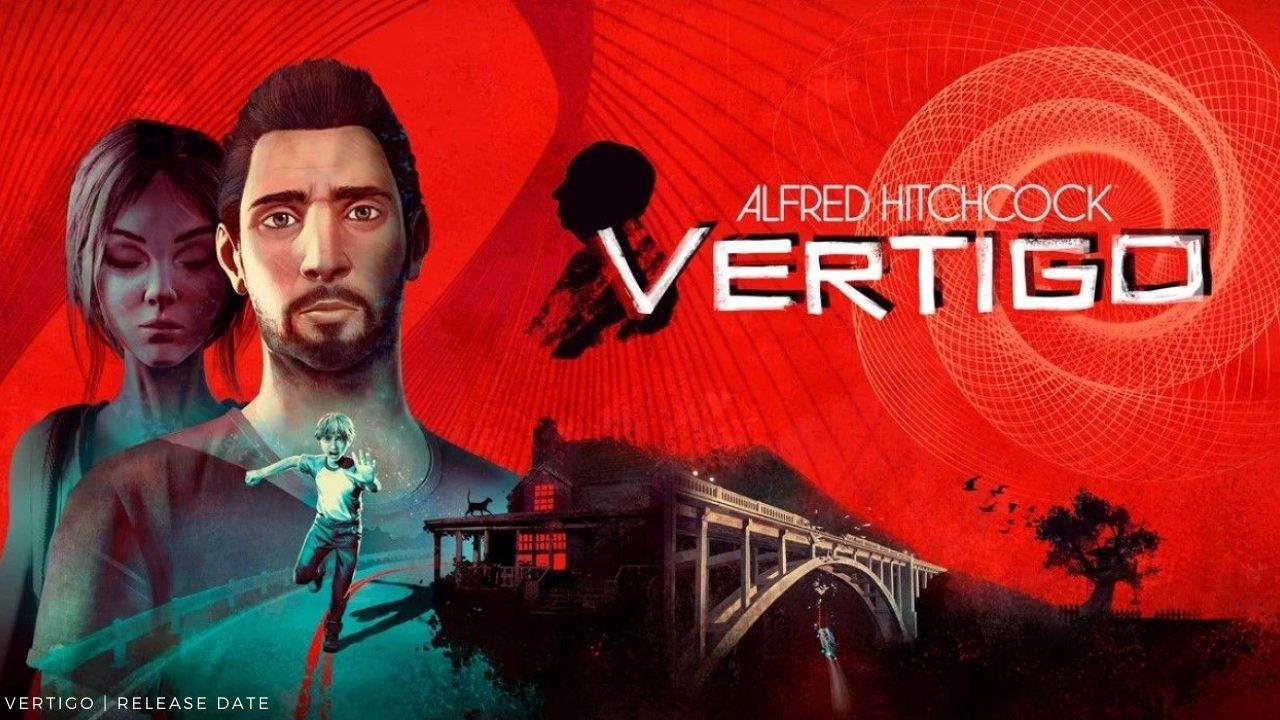 What is Alfred Hitchcock – Vertigo release date? This article includes releasing date of the game and an explanation of the trailer. So, read on to know more. Alfred Hitchcock – Vertigo movie theme is now entering the world of the game, and the name of the game will be the same as the movie. The name is Alfred Hitchcock – Vertigo. The game will be giving physiological thrills to the users. It is finally releasing after about 40 years of the release of the movie Vertigo. The movie vertigo was out in cinemas in 1958, and it is an American film of about 2 hrs. Also, the movie’s storyline is almost an exact copy of the book “From Among Dead”. This was out in 1954, and Boileau-Narcejac should be receiving all the credits as he is the one who put his efforts into this book.

The book was a masterpiece, and the story is thrilling too. Also, the movie “Vertigo” out of the novel was not receiving much love when it was in cinemas. This has a reason that people had different opinions about the movie, as many of them were unable to understand the story. The movie was certainly tricky, so people were having different reviews. But as time passed, the movie got its place as the best classic of Hitchcock film. It was one of the defining artwork of Hitchcock’s film and the maker’s career. Further, people got to know the efforts behind the film later, but they did understand.

Now, this amazing artwork is going to contribute their part in a game and providing a beautiful and psychologically thrilling game to the gamers. The makers have also released a trailer or first look of the game.

The game Alfred Hitchcock- Vertigo will not take much as it is releasing on 16th December 2021 on windows. Further, if a player wants it to play on high-end devices, then they have to wait for a little as it will release on PlayStation 5, PlayStation 4, Xbox One, Xbox Series, and the Nintendo in 2022.

If we talk about the team of the adventurous video game, then the team includes Spanish Company Pendulo Studios. Now, who is the publisher? Well, Microids will be publishing the video game Alfred Hitchcock – Vertigo. Also, the game is not so far away from the devices of the gamers as December 2021 is not too far. The game will be establishing the movie’s appearance in itself after a very long time. So, out of curiosity, those who saw the movie are loitering to explore it. Also, the game will allow a single player to control the features. Therefore, the video game isn’t a multiplayer game, but it is adventurous, so people might love it. The makers are predicting the game’s success, so we have to wait for exploring it.

The trailer shows that the writer, Ed Miller undergoes a car accident, and he just fell on the ground. After that, he was about to tolerate therapy for a phenomenal session of vertigo, and the vertigo bout was just after the car crash into a valley. Also, he claims that he had his wife and daughter with him. Every scene resulted in utter confusion as what it was showing was not like it. The trailer becomes confusing because the main character claims that his wife and especially daughter also met with the accident with him. But, their body was not anywhere around.

Furthermore, the game will allow a player to involve in the fictional main character’s life, writer Ed Miller’s life in-game. Also, a player can switch to three characters to solve the mysteries that will be served in front of the game users. Moreover, those who love the changes into the concept of the general games out in the market might like the game. But, the players have to wait a while to explore whether the game can stand on the expectations or not.